Yogi Adityanath will be next Uttar Pradesh CM:

Uttar Pradesh BJP  in-charge Om Mathur has confirmed that Yogi Adityanath will be the next UP CM while Keshav Prasad Maurya and Dinesh Sharma will be his deputies.

BJP MP Yogi Adityanath is all set to become the next Uttar Pradesh chief minister,

The BJP Legislature Party meet is still underway at Lok Bhavan in Lucknow. The official announcement will be made shortly.

Adityanath, whose name cropped at the last moment, came at the meeting venue for a brief time and then left with his supporters.

If the media reports are right then the Hindu hardliner will take the oath on Sunday at 2.15 pm.
Newly elected Uttar Pradesh Bharatiya Janata Party, MLAs are meeting Lucknow today to elect their legislature party leader, a week after the party won 312 seats, while its allies 13 seats, taking the alliance's tally to whopping 325 in the 403 member assembly. All MLAs will meet this evening to pick the next Chief Minister of the state.
Union Minister Venkaiah Naidu and BJP General Secretary Bhupendra Yadav have reached Lucknow to attend the meeting as central observers of the party.
Speaking to newspersons on his arrival at Lucknow airport this morning, Mr Naidu said, the news reports about CM contenders and probables is media speculation. He said, the final decision will be taken in the legislative Party meeting.
Our correspondent reports that Party headquarter in Lucknow is the centre of activities.

Senior BJP leader Trivendra Singh Rawat was sworn-in as the new Chief Minister of Uttarakhand this afternoon, Governor KK Paul administered the oath of office and secrecy to Mr Rawat and his council of ministers at a function in Dehradun’s Parade Ground. Mr Rawat was unanimously elected the leader of BJP legislature party yesterday.The Ministers who took oath areSatpal Maharaj, Prakash Pant, Dr. Harak Singh Rawat, Yashpal Arya, MadanKaushik, Arvind Pandey, Suboth Uniyal, Ms. Rekha Arya and Dr. Dhan SinghRawat Prime Minister Narendra Modi, BJP President Amit Shah and other prominentleaders attended the ceremony.Earlier, talking to media persons, Mr Rawat said, BJP will provide acorruption-free government to Uttarakhand and will work to uplift thepoor.A former RSS Pracharak, Mr Rawat has considerable administrativeexperience as he was a minister in the BJP governments led by BC Khanduriand Ramesh Pokhriyal Nishank in the state. Uttarakhand Assembly elections, BJP won 57 of the 70 seats. This was the biggest ever win by any party in the state so far.
at March 18, 2017 No comments: Links to this post

Shared bySagar Media Inc
enkaysagar.wordpress.com – From Tuesday, March 14 to Thursday, March 23, the Orchestra, led from within by its founder and first violin Carlo Fabiano, will undertake a tour in India where it will be the ambassador of Italian…

enkaysagar.wordpress.com – The Minister of Steel Chaudhary Birender Singh addressed the media conference on the upcoming 3rd India Steel Expo 2017 International Exhibition and Conference to be held in Mumbai from 19th – 21st…

Italy National Day celebration New Delhi
All Photos →
Belgium Friday opened a tender for the replacement of its ageing US-built F-16 jet fighter fleet, a contract potentially worth €15 billion over its 40-year lifespan. “The current 54 F-16 fighters will be replaced by 34 new multi-role aircraft,” the ministry of defense said, arguing that because of technical advances, fewer planes would be needed to meet the same mission. The cost of the 34 aircraft is put at €3.6 billion ($3.85 billion), with another €1.2 billion to cover training and maintenance, ministry spokesman Laurence Mortier told AFP. The ministry said the supplier would likely be named in 2018 but the government had shortlisted five manufacturers in NATO or EU member states.
The Philippines said on Friday it would strengthen its military facilities on islands and shoals in the disputed South China Sea and announced initial plans to build a new port and pave an existing rough airstrip. Defense Minister Delfin Lorenzana had been scheduled to inspect an outpost on Thitu, one of the disputed Spratly Islands, but his trip was cancelled because of “safety issues” and he spent the day instead at a military base where he unveiled the development plans. “We will build a runway and a port, a pier, for our ships” on Thitu, Lorenzana told troops at the Western Command’s 41st anniversary. Thitu is close to Subi Reef, one of seven manmade islands in the Spratlys that China is accused of militarizing with surface-to-air missiles and other armaments.
Russia and India will boost long-term investment in the hi-tech, civil aviation, and defense sectors with the goal of increasing bilateral trade to an ambitious $30 billion annually by 2025, Russia’s trade and industry minister told media..
“We are constantly searching for new ways to strengthen our trade ties to reach the target of $30 billion in annual turnover by 2025, the figure that was agreed on by our leaders earlier,” Russian Trade and Industry Minister Denis Manturov told RT during his visit to India.
Education, science, and a mutual transfer of technologies are key to building trust between Moscow and New Delhi, in addition to improving their political relationship, he added.
“There are areas where we’ve been working with each other for decades, including arms trade, the energy sector, and the chemical and metallurgical industries,” Manturov said, mentioning a Rosneft deal to purchase a 49-percent stake in Essar Oil, one of the largest energy corporations in India.
The massive deal also included the purchase of the Essar-owned Vadinar refinery, which is capable of producing 20 million tons of petroleum products a year, as well as chain of 2,700 gas stations in the world’s second most populous country.
Both Russia and India are currently keen to diversify mutual trade, Manturov continued, citing India’s transfer of biotechnologies to Russia’s pharmaceutical industry as an example.
“We also expect that the development of [Russian] civil aviation industry would involve contribution of Indian manufacturers of aircraft components,” the minister said, adding that Moscow welcomes India’s investment in Russian Helicopters, one of the largest defense contractors in the world, as measured by annual revenues.
To help India modernize its military, both countries will look at options for establishing joint ventures that would produce critical parts of Russian-made weapons systems used by India’s armed forces, Manturov said.
Russia and India have had close political and military ties since the days of Soviet-Indian partnership, and India is now a booming market for Russia’s most successful industries. Rosatom, Russia’s government-owned nuclear power corporation, has recently inaugurated its second reactor at the Kudankulam power plant in southern India. Two other reactors are currently being built at the same site.
Russia also sees its already substantial arms trade with India growing. Over the past years, Moscow has delivered numerous state-of-the-art warships, combat aircraft, and land-based weapons systems to the country, despite fierce competition from Israel, France, and the US, which are all formidable arms purveyors.
New Delhi has sent an official request to Moscow to begin joint production of civilian aircraft for India, said Russian Minister of Trade and Industry Denis Manturov. Russia is ready to begin the project, added the minister.“We can offer Russian experience in creating this aircraft, and could consider the possibility of participation both in this project as a whole and in its individual stages from the design stage to after-sales service,” Manturov told media.
He also said there are plans for a joint venture to produce and supply Ka-226T utility helicopters. An agreement to build up to 200 helicopters is expected to be signed later this month. It includes servicing, repair and technical assistance.
The Ka-226T is a new version of the light multi-purpose Ka-226 helicopter, and has a take-off weight of almost four tons and a maximum speed of 250 kilometers per hour. It is capable of carrying up to 1100 kg payload in the cabin or on an external sling.
Russian Helicopters Holding is participating in a tender to supply two civil Mi-172 helicopters, in addition to those that are already operating in India, according to Manturov.
India has been a traditional buyer of Russian arms since the 1950s. Over the last five years, about 70 percent of the country’s military purchases came from Russia.
New Delhi is in talks with Moscow to acquire a number of Russian-made Ilyushin transport aircraft for its air force. The mid-air refueling aircraft would enhance the operational capabilities of the Su-30 fighter jets specially developed for India by Russia’s Sukhoi Design Bureau. The Indian Air Force (IAF) is already equipped with Russian-built IL-78 mid-air refuelers.
India has more than 300 Russian Mi-8 and Mi-17 helicopters in its fleet.
The IAF has plans to purchase 48 additional Mi-17V-5 helicopters for $1.1 billion. Eighty Mi-17V-5s have been delivered to India in 2011-2013, after a contract was signed with Russia’s state weapons exporter Rosoboronexport.
In December India approved the purchase of five S-400 air defense systems from Russia which is part of the biggest arms deal between the two countries in a decade. 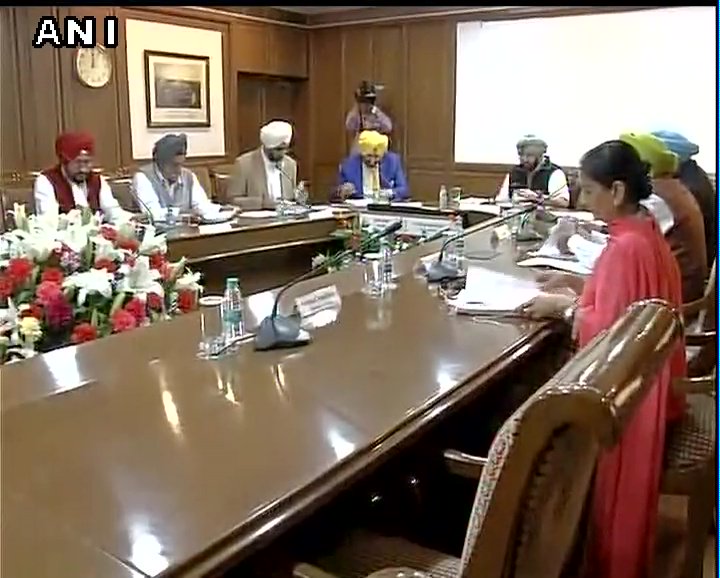