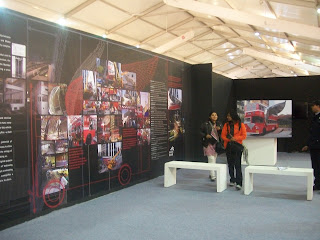 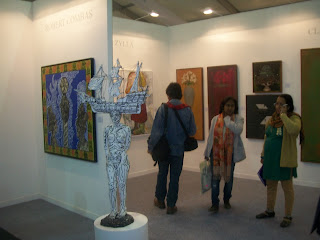 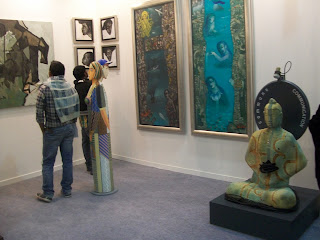 THE
SALTMEN OF TIBET
DIRECTED
BY ULRIKE KOCH
109
MINS

We are happy to send the above three months film screening details to you and also I would like to request to add these in your events/programme listing if possible. Your consideration and supports for our programmes are highly appreciated.


Thank you and regards,

First Rank in State in Secondary School Examination
First Rank in University in Plus Two
First Rank in IIT Entrance Examination
First Rank in All India IIT Computer Science
First Rank in IAS Entrance Examination
First Rank in IAS Training Institute
On passing out from IIT Chennai Mr. Narayanaswamy was offered scholarship by the
prestigious Massachusetts Institute of Technology , USA .. He who came from a
middle class family believed that he had a moral obligation to give something in return
for the lakhs of rupees the government spent on him as an IIT student. He had the
intelligence and conviction to realize that this money came also from the poorest of
the poor - who pay up the excise duty on textiles when they buy cloth, who pay up customs,
excise and sales tax on diesel when they travel in a bus, and in numerous other ways
indirectly pay the government. So he decided to join IAS hoping he could do something
for the people of this country. How many young men have the will power to resist such
an offer from USA ? Narayanaswamy did never look at IAS as a black money spinner as
his later life bears testimony to this fact.
After a decade of meritorious service in IAS, today, Narayanaswamy is being forced
out of the IAS profession. Do you know why?
A real estate agent wanted to fill up a paddy field which is banned under law.
An application came up before Narayanaswamy who was sub collector the,
for an exemption from this rule for this plot of land. Upon visiting the site he
found that the complaint from 60 poor families that they will face water logging
due to the waste water from a nearby Government Medical College if this paddy field
was filled up was correct. Narayanswamy came under intense political pressure but
he did what was right - refused permission for filling up the paddy field. That was his
first confrontation with politicians.
Soon after his marriage his father-in-law closed down a public road to build compound
wall for his plot of land. People approached Narayanaswamy with complaint.
When talking with his own father-in-law did not help, he removed the obstructing wall
with police help. The result, his marriage broke up.
As district Collector he raided the house of a liquor baron who had defaulted Rupees 11 crores
payment to government and carried out revenue recovery. A Minister directly telephoned him
and ordered to return the forfeited articles to the house of the liquor baron.
Narayanswamy politely replied that it is difficult. The minister replied that Narayanaswamy will suffer.
In his district it was a practice to collect crores of rupees for earthen bunds meant for poor farmers, but which were never constructed. A bill for rupees 8 crores came up before Narayanaswamy. He inspected the bund. He found it very weak and said that he will pass the bill after the rainy season to ensure that the bund served the purpose. As expected the earthen bund was too weak to stand the rain and it disappeared in the rain. But he created a lot of enemies for saving 8 crores public money.
The net result of all such unholy activities was that he was asked to go on leave by the government.
Later such an illustrious officer was posted as "State Co-Ordinator, Quality Improvement Programme for Schools".
This is what the politician will do to a honest officer with backbone - post him in the most
powerless position to teach him a lesson. Since he found that nothing can be achieved for the people if he continued with the State Service he opted for central service. But that too was denied on some technical ground.
What will you do when you have a brilliant computer career anywhere in the world you choose with the backing of several advanced technical papers too published in international journals to your credit?
When you are powerless to do anything for the people, why should you waste your life as the Co-Ordinator for a Schools Programme?
Mr. Narayanaswamy is on the verge of leaving IAS to go to Paris to take up a well paid United Nations assignment.
The politicians can laugh thinking another obstacle has been removed. But it is the helpless people of this country who will lose - not Narayanaswamy. But you have the power to support capable and honest bureaucrats like Narayaswamy, G.R.Khairnar and Alphons Kannamthanam who have suffered a lot under self seeking politicians who rule us. You have even the power to replace such politicians with these kind of people dedicated to the country. The question is will you do the little you can do NOW? At least a vote or word in support of such personalities?
Visit IDSA at www.idsa.in
-- Brigadier Arun Sahgal,PhD Joint Director Institute of National Security Studies, Visiting Fellow, Vivekananda International Foundation and Distinguished Fellow School of Geopolitics Manipal Academy of Higher Education E-5 Panchshila Park, New Delhi -110017 Tel 26492069 Cell - 09313747633 E Mail brigarun.sahgal@gmail.com
at January 27, 2012 No comments:

Indian Railway Finance Corporation Limited (IRFC), the financing arm of Indian Railways, is proposing to issue Tax Free, Secured, Redeemable, Non-Convertible Bonds of face value of Rs. 1,000 each in the nature of Debentures, having benefits under Section 10(15)(iv)(h) of the Income Tax Act, 1961, as amended (‘Bonds’) aggregating to  Rs.3,000 crore with an option to retain oversubscription of upto the shelf limit of` Rs. 6,300 crore (‘Issue’).

The application for subscription of Bonds should be for a minimum of 10 Bonds and in multiples of 5 Bonds thereafter. The Issue will open for subscription on January 27, 2012, and close on February 10, 2012, or earlier (subject to the Issue being open for a minimum period of 3 days), or extension by such period, upto a period of 30 days from the date of opening of the Issue, as may be decided by the Board of Directors or by a duly constituted committee of the Company. The Bonds shall carry a coupon rate of 8.00% p.a for 10 years (Series I) and 8.10% p.a for 15 years (Series II). An additional coupon rate of 0.15% p.a. and 0.20% p.a. on series 1 and series 2 respectively shall be available to Resident Indian individuals, Hindu Undivided Families through the Karta and Non Resident Indians on repatriation as well as non-repatriation basis, applying for an amount aggregating upto and including  Rs.5 lakhs across all Series in the tranche (available only to the original allottees). The Bonds are proposed to be listed on NSE and BSE.

The Bonds have been rated ‘CRISIL AAA/Stable’ by CRISIL, ‘[ICRA] AAA’ by ICRA and ‘CARE AAA’ by CARE, indicating highest degree of safety for timely servicing of financial obligations.

Investors will have an option to hold the bonds either in physical or in demat form.  The Bonds will be secured by way of a pari passu charge on the movable assets of the Company comprising of rolling stock such as wagons, locomotives and coaches.

SBI Capital Markets Limited, A. K. Capital Services Limited and ICICI Securities Limited are the Lead Managers to the Issue. Indian Bank shall be the Trustee to the Issue.

The Company intends to utilize the Issue proceeds for financing the acquisition of rolling stock and financing the capacity enhancement works in the Indian Railways.

All investors proposing to participate in the Issue should invest only on the basis of the information contained in the Shelf Prospectus and the Prospectus Tranche-1, both dated January 19, 2012.

IRFC is the financing arm of the Indian Railways. 100% shareholding in IRFC is held by the President of India acting through Ministry of Railways. The Company has been notified as a Public Financial Institution under Section 4A of the Companies Act, 1956 and registered as a Non-Banking Finance Company without accepting public deposits (Infrastructure Finance Company) with the Reserve Bank of India. The Company’s principal business is borrowing funds from the commercial markets to finance the acquisition of new rolling stock which is then leased to the Indian Railways. IRFC is a consistently profit making Public Sector Undertaking that has funded rolling stock of book value of Rs.69,843 crore (5,567 locomotives, 33,856 passenger coaches, 14,90,300 freight wagons and 85 cranes and track machines) for Indian Railways (as on 30.09.2011). Net worth of IRFC as on 30.09.2011 stood at approximately Rs.4,487.50 crores with Nil Non-Performing Assets. The Company recorded a net profit after tax of Rs.485.20 crore for year ended 31.03.2011 compared to Rs. 442.69 crore for year ended 31.03.2010.
at January 27, 2012 No comments: