Email ThisBlogThis!Share to TwitterShare to FacebookShare to Pinterest
Union Minister of Steel interacting with MDs/CEOs of major steel producing units in Kalinganagar, Odisha

Union Minister of Steel Chaudhary Birender Singh visited Kalinganagar on 12th June, 2018 and interacted with MDs/CEOs of major steel producing units located in the State of Odisha.  In his remarks the Minister stated that India has become the second largest steel producing country. In the financial year 2017-18, India produced more than 100 million tonnes of steel.  Indian Steel Industry has come out of the difficulties faced during 2014-15 and 2015-16 due to various policy interventions by the Government of India.  National Steel Policy and DMI&SP Policy were notified during 2017 giving direction and fillip to the domestic industry.

Odisha is a major steel producing State contributing more than half of steel production in the country.  It is rich in minerals and mines and has a potential to produce 100 million tonnes of steel out of 300 million tonnes envisaged in National Steel Policy by the year 2030-31.  Kalinganagar is a major industrial hub.  Around 15 steel plants are located in this region which include public sector plants like NINL and private sector plants like TATA Steel, Jindal Stainless Limited, Visa Steel and MESCO.  To achieve the common objective of producing 300 million tonnes by 2030, enhanced production from Kalinganagar and Odisha State is important.  The Minister expressed the hope that Kalinganagar will develop potential for downstream facilities which include ferro alloy plants, duct iron pipes, steel furniture, power component manufacturing as well as stainless steel units.

Industry representatives spoke about increased need for utilizing iron ore fines for pellet manufacturing so that precious iron ore can be preserved.  The Minister discussed in detail the challenges to the growth of Indian Steel Industry, such as logistics in terms of development of ports and increasing capacity of Indian railways, creating dedicated freight corridors to move raw materials as well as finished goods. The Steel Minister expressed confidence that both Central Government and State government together find solutions at policy and operational level to achieve higher level of production in Odisha.

Officers from the Central Government and the State Government were also
present in the meeting.

Email ThisBlogThis!Share to TwitterShare to FacebookShare to Pinterest
French farmers began a blockade of at least 14 oil refineries and depots belonging to energy company Total on Sunday evening.

The demonstrators positioned their tractors and straw bales at the sites to protest against what they see as unfair standards in the importation of palm oil for use in fuel.
President of the National Federation of Agricultural Holders’ Unions Christiane Lambert insisted that the imports can undermine French agriculture, according to local media.
The blockage was described as “illegal” by French Agriculture Minister Stephane Travert. He said that the government is not going to backtrack on its decision to allow Total to use imported palm oil, and warned that the protest could not lead to any “adequate solutions.”
Russian President Vladimir Putin’s state visit to China was successful, according to Chinese Foreign Ministry spokesman Geng Shuang. The spokesman told reporters on Monday, that the visit gave a new “strong impetus” to the bilateral relations and said that the friendship medal given to the Russian leader reflects the “deep friendship” between the two states. He became the first foreign leader to receive one of the highest awards of China, officially called Order of Friendship. Putin came to China on June 8, where his met his counterpart Xi Jingping and later took part in the Shanghai Cooperation Organisation SCO summit.
Erdogan vows to ‘drain terrorist swamp’ after strikes in Iraq’s Qandil Mountains.Turkey has destroyed 14 Kurdistan Workers’ Party (PKK) targets in northern Iraq’s Qandil Mountains. The region is considered to be the headquarters of the PKK, which is designated as a terrorist organization by Ankara. Some 20 Turkish jets were involved in the attack on Monday. Speaking at a rally in the central Turkish city of Nigde, President Recep Tayyip Erdogan threatened to “drain the biggest of the swamps” in reference to the region, which he said was a “source of terrorism” affecting Turkey, according to Daily Sabah.
Israeli PM Netanyahu questioned in probe for corruption.Israel’s Prime Minister Benjamin Netanyahu has been quizzed by the police on Tuesday in his official residence in Jerusalem, in a criminal investigation into his involvement in a telecom corruption case. New testimony, presented by his former confidant Nir Hefetz in the so-called Case 4000, reveals that from 2014 to 2017 Netanyahu had allegedly used his former position of communications minister to have Walla!, a news site run by Bezeq communications giant, provide favorable coverage of him and his wife Sara. 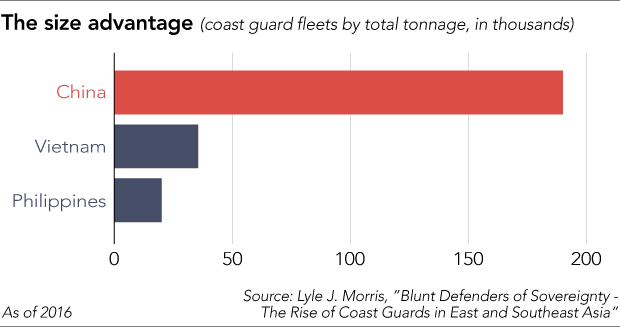