After the first agreement in Rajasthan, Baba Ramdev’s Patanjali Ayurved extends refining and packaging tie-up with additional plants in Madhya Pradesh and Gujarat

March 2, 2017: New Delhi: Ruchi Soya Industries Ltd., India’s leading Agri and Food FMCG company, and a leader in cooking oils and soy foods, today announced a major acceleration in the scale of its processing agreements with Yogrishi Baba Ramdev Ji promoted Patanjali Ayurved Ltd. The refining and packaging tie-up has now been extended to include processing and packaging of edible oils at Ruchi Soya’s plants at Madhya Pradesh and Gujarat, along with Rajasthan which was signed In February 2017.

The initial agreement had been signed for Rajasthan, however, looking at the strong demand for the 3 major varieties of edible oils –  soybean, sunflower and mustard oils; both the organisations have inked further agreements for processing and packaging and thereby, allowing them to rapidly scale up and further cement their positions in the ₹1,25,000 Crore edible oil market.

Ruchi Soya would process and pack the crude oil provided by Patanjali Ayurved as per Patanjali‘s specifications for high quality physically refined oil.

Commenting on the expansion of the tie-up, Mr. Dinesh Shahra, Managing Director, Ruchi Soya Industries said, “We are glad to enhance our relationship with the addition of two of our major plants for processing and packaging edible oils for Patanjali. This expanded association is testament to the quality of edible oil processed and packaged at Ruchi Soya’s facilities. We have been cognisant of the need to utilize the idle capacity and our efforts to explore opportunities in this direction shall continue.”

Similar to the agreement for Rajasthan that was signed in February 2017; these further agreements are for an initial period of three years.

Commenting on the expansion of the tie-up, Mr. Satendra Aggarwal, Chief Operating Officer, Ruchi Soya Industries said, “Patanjali is eyeing sales of ₹20,000 crore in 3 to 4 years’ time from the cooking oils business. These agreements will have positive benefits for Ruchi Soya Industries as it will allow the company to lease out spare capacities as well as bring down the overall cost of processing for the respective units and improve profitability.”

About RUCHI SOYA INDUSTRIES LIMITED
Ruchi Soya is India’s leading Agri and Food FMCG company with a turnover of USD 4 billion. It enjoys the Number 1 position in cooking oils and soy foods categories of the country. Its leading brands include Nutrela, Mahakosh, Sunrich, Ruchi Star and Ruchi Gold. An integrated player from farm to fork; Ruchi Soya is also among the pioneers of oil palm plantations in India. It is one of the highest exporters of value added soybean products like soy meal, textured soy protein and soy lecithin. Ruchi Soya has also diversified into renewable energy and is committed to environmental protection.
Media Contact
Rajdeep Barooah
The Confederation of All India Traders (CAIT) has strongly objected levy of abnormal charges by various Banks on each deposit or withdrawal of cash more than four times in a month from Saving Bank Accounts. Levy of such charges is a kind of financial terrorism on account holders. It can’t be the way to encourage digital payments and putting the people at the will and mercy of the Banks-said CAIT. It has urged the Government to intervene in the matter and save the public from the clutches of autocratic attitude of these Banks. This move of the Banks will greatly harm the general public more since Savings and Salary Accounts are used by common man to discharge various obligations.
CAIT National President Mr. B.C.Bhartia & Secretary General Mr. Praveen Khandelwal while commenting upon this move said that the concept of digital payment is a welcome step and CAIT is closely working in association with Mastercard in the Country since last more than two years for promotion of digital payments in the Country. If digital payment is to be leveraged, the Govt must absorb transaction charges by subsidising the same to Banks and effective incentive schemes must be announced to promote more & more digital payments in India. RWAs, Trade Associations and other such organisations should be taken in confidence for working in tandem with Government to promote digital payments.
Both Mr. Bhartia & Mr. Khandelwal said that if such kind of steps will be taken by the Banks, the people will like to open Accounts with Cooperative Banks rather. The Banks are earning huge revenue by lending deposits made by the people and always keep a distance between interest paid and interest charged on deposits. Money lying in current Accounts are also being utilised for lending without giving any interest. Therefore, the Banks should not take extreme steps to discourage people. 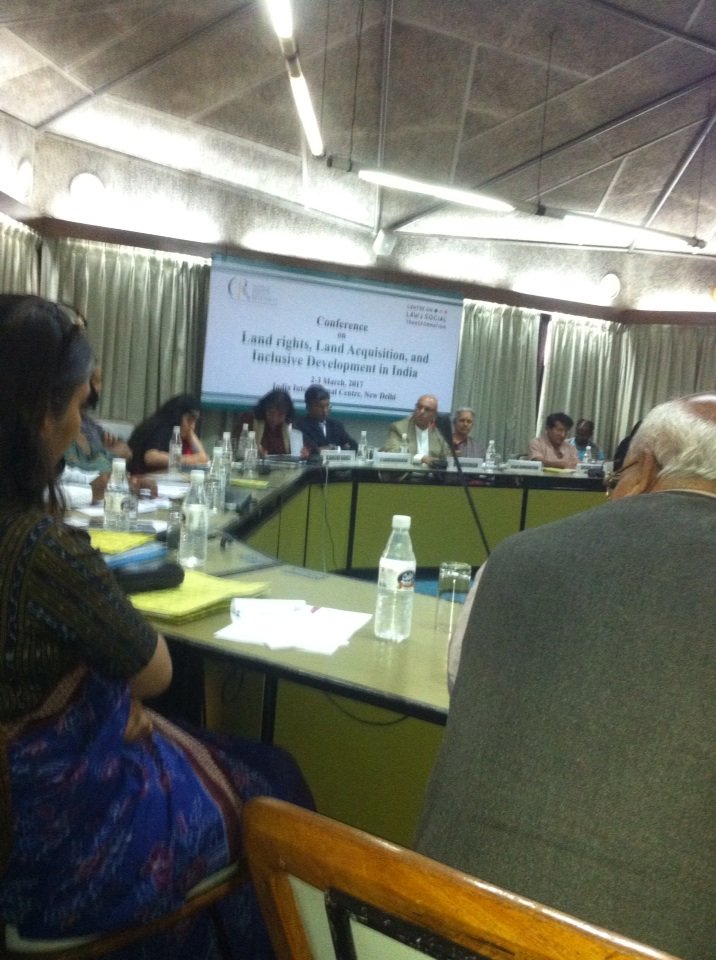 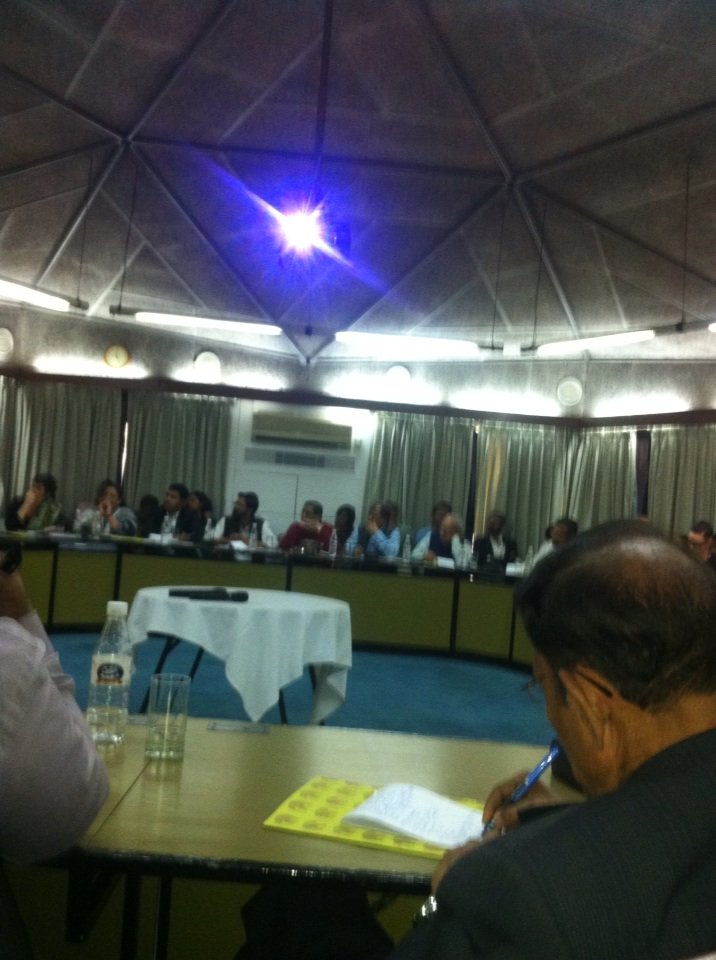 India’s first ever Women Cricket League (WCL) is an earnest endeavour to provide women cricket & women cricketers in India equal opportunities and acknowledgement at par with the men’s cricket/cricketers.
From kitchen to household chores, from rural to urban areas women have already established their presence in the male dominated areas. Still in today’s time when you think about cricket, the names instantly come to your mind are Virat Kohli, MS Dhoni, or Sachin Tendulkar, but sadly never of an Indian Women Cricketer. Even though Women Cricket team was formed now more than 3 decades ago.
Mr Parul Jain, Founder, Woman Cricket League said “It’s important that young girls coming through can see cricket as a viable option to play at the highest level. The WCL #T20 League, is expected to be of the same repute of the Indian Premier League and Women Big Bash League of Australia in support of Women. This will lead to greater interest in women’s cricket in India, which has generally been given much less importance than the men’s sport.”
With many sports getting their own professional leagues and ever-growing popularity in the country, it is time that the women cricket league has been formed. It is no surprise that the fierce team of eves does not get as much attention and opportunities neither from the Sports bodies or the Corporates or the Sponsors of India as the men’s team.
‘Dronacharya’ Cricket Awardee Sunita Sharma, says “It’s been more than 3 decades since the Indian Women Cricket team has been formed and have won various matches globally, still there is hardly any acknowledgement to women as per Men cricketers in India.  While men’s cricket underwent huge changes in the 80s and 90s, we were just languishing. However, I am enamoured that a start has been made and we hope to gain a lot from it. Lot of talent will now come to the forefront. We would like to see WCL getting as much attention in future.”
The formation of Women Cricket League (WCL) in India will address many obstacles being faced to promote women cricket in India and also to celebrate womanhood that will be coinciding with International Women’s Day, 8th March,2017.
Ms Vandana Thakur, Founder, WCL said, “There is abundant talent in India and through WCL a lot of untapped cricketers will get opportunity and platform to showcase their talent. We shall be doing promotion at school and college level so that players can come from small towns and villages just like Former Indian Men’s captain MS Dhoni.”
The objective of Women Cricket League (WCL) is:

“It is time India has leagues like Women Big Bash Cricket League, Australia or Women’s Cricket Super League, London. WCL should have started earlier, but it’s better late than never. I am more than optimistic that WCL will take Indian Women Cricket beyond boundaries and get them long due International name and fame they deserved. ” added Mr Parul Jain.
The launch of Annual Report of the International Narcotics Control Board, Thursday 2 March 2017 is attached. 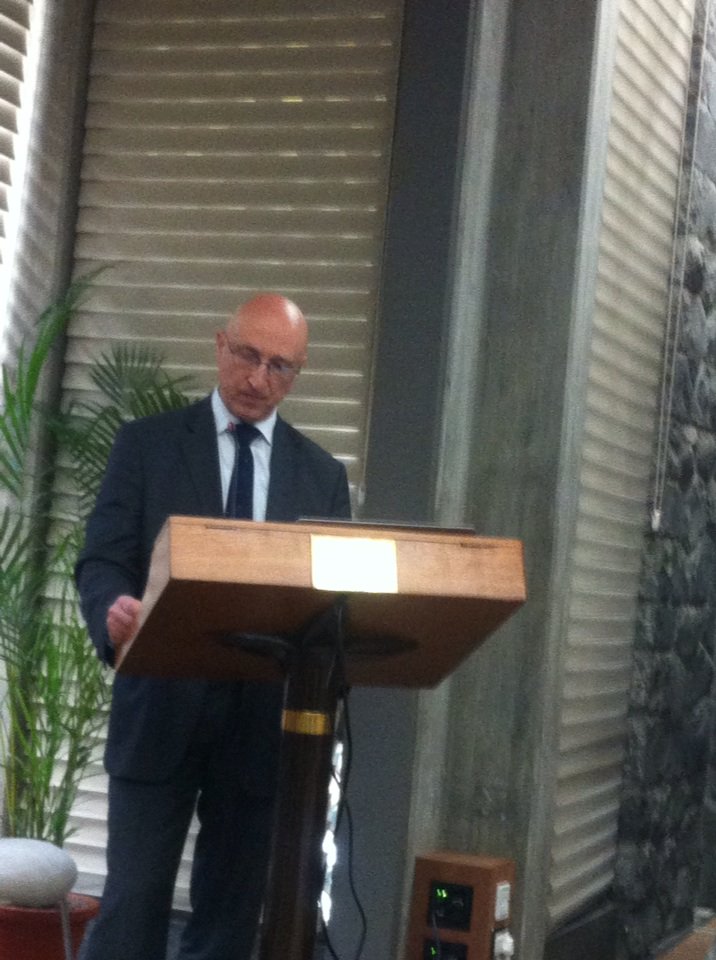 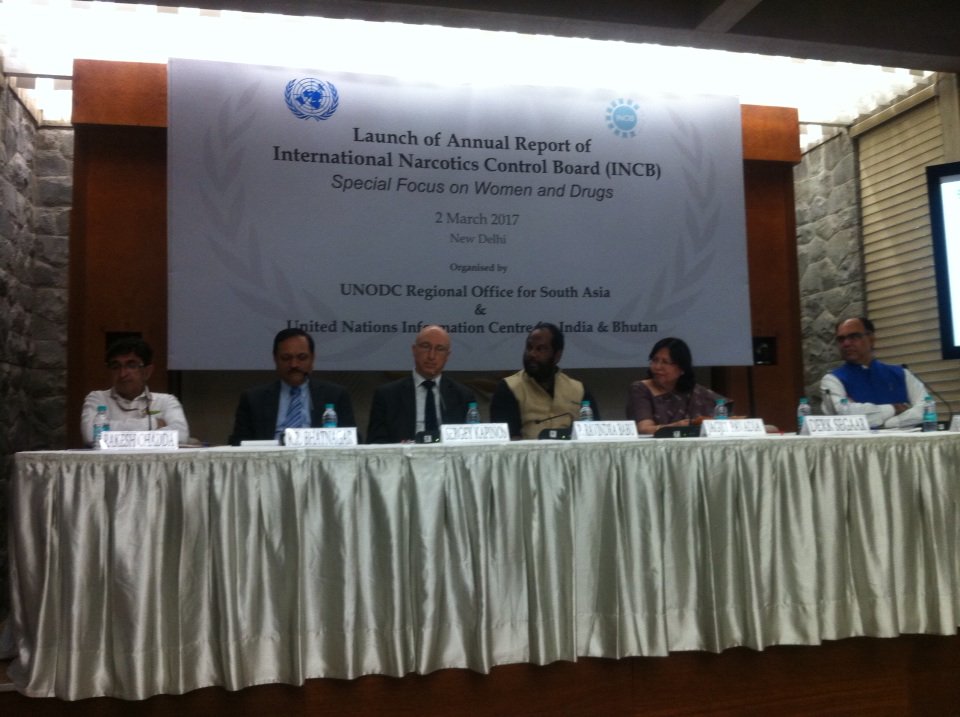 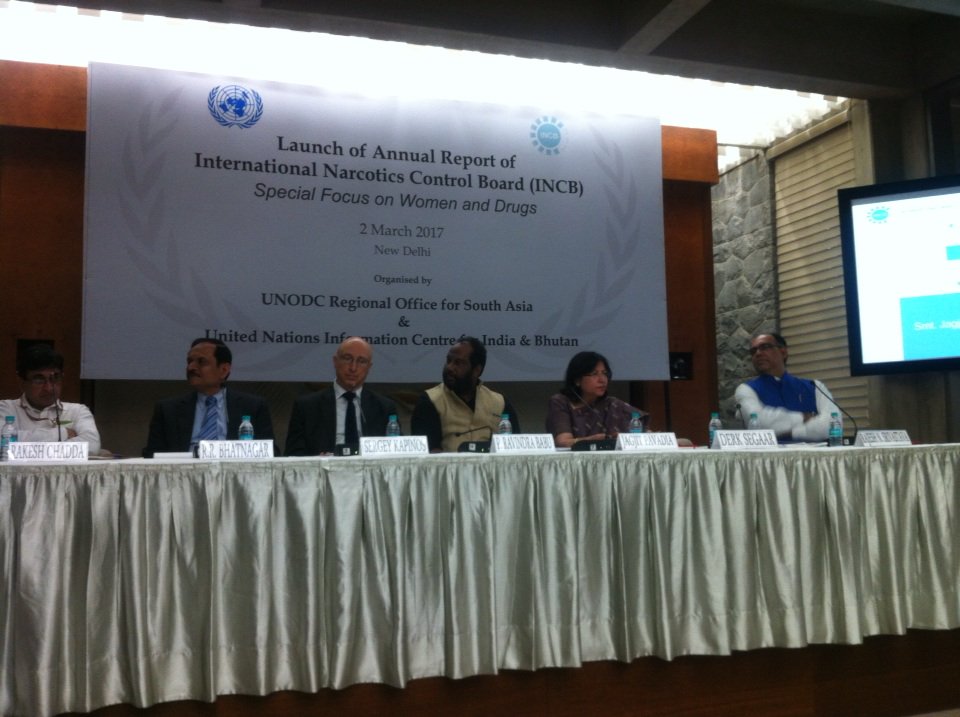 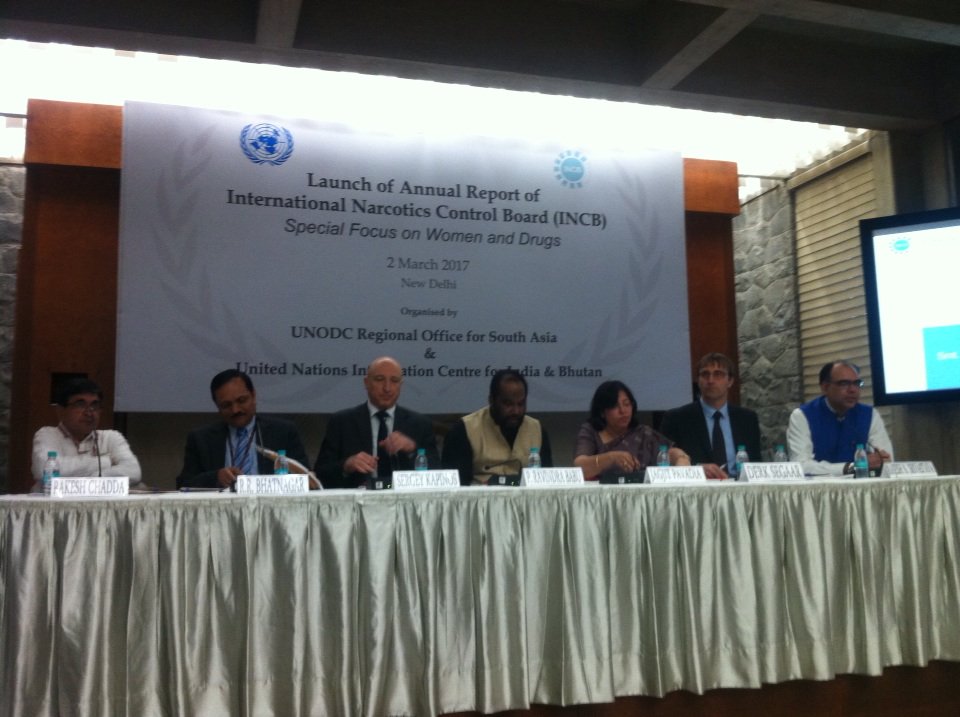 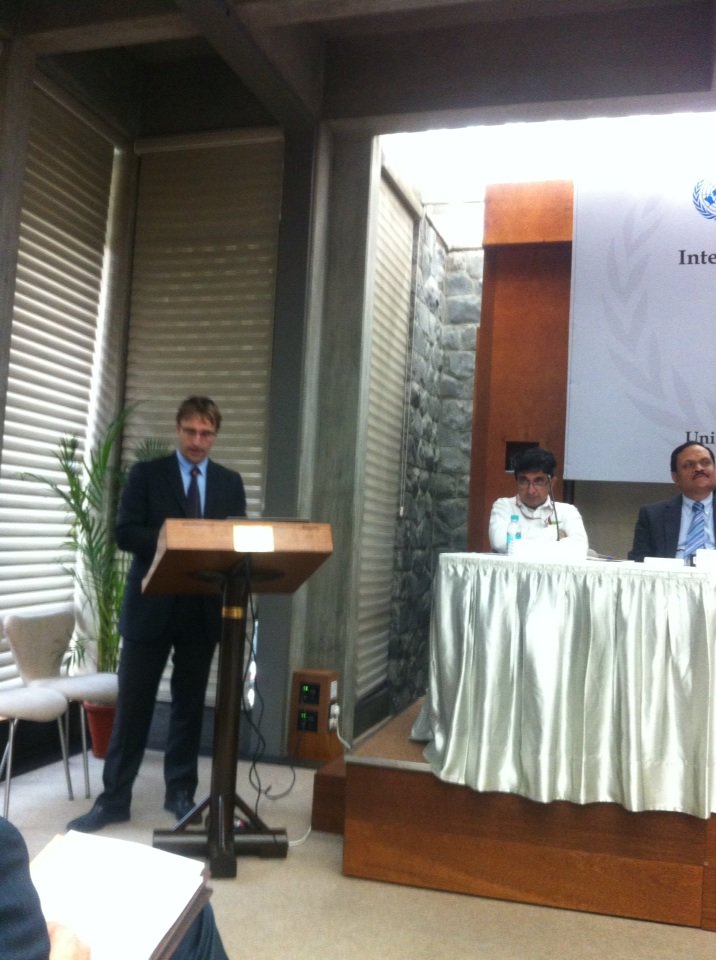