Ahead of meeting between Prime Minister Narendra Modi and US President Barack Obama tomorrow, US Ambassador to India Richard Verma said that one-on-one interactions between the two leaders in a year has “renewed” the momentum between the two largest democracies of the world.
He told a group of Indian reporters in San Jose, India-US relationship has now encompassed so many areas from strategic to economic to clean energy, infrastructure and smart cities and health.
He said, it is important that the two of them get together to take stock of the progress that has been made and where they want to take the relationship from here.
Ambassador Verma further remarked that Modi has made a “real strategic and economic commitment” to the US and Obama has made a similar commitment as well.
Microsoft CEO Satya Nadella on Saturday said his company will take lost-cost broadband technology to some five lakh villages across the country. Nadella said Microsoft’s plan is to partner with the Indian Government to bring in low-cost broadband connectivity to 500,000 villages in India.Modi has invited Apple to set up a manufacturing base in India and its CEO Tim Cook responded positively, officials in San Jose said on Sunday. Foxconn, which is Apple’s largest manufactures, has decided to set up a manufacturing base in India, he noted.”Cook responded positively. I think India does fits into his long term plans. Modi has been mentioning that there is the public sector, there is the private sector and there is the personal sector. Personal sector in which people are self-made entrepreneurs,
Modi  addressed Shantanu, John, Satya, Paul, Sunder, and Venkatesh; A big thank you! further added , ‘If Facebook were a country, it would be the third most populous one and the most connected.’
‘The status that now matters is not whether you are awake or asleep, but whether you are online or offline. The most fundamental debate for our youth is the choice between Android, iOS or Windows.’
‘Twitter has turned everyone into a reporter.’ Prime Minister Narendra Modi has called for bridging the digital divide and promote digital literacy in the same way as general literacy.
Addressing a gathering of large number of CEOs of IT companies including Microsoft, Google, Cisco and Adobe before a dinner interaction in San Jose, USA, today, he also urged making technology accessible and affordable. He said access also means content in local languages.
Expounding the concept of Digital India, the Prime Minister said that it is an effort for India’s transformation on a scale which is unmatched in human history.
The Prime Minister said mobile or M – governance has the potential to make development a truly inclusive and comprehensive mass movement as it puts governance within everyone’s reach.
Mr. Modi said the government wants all citizens to be Digitally connected. To achieve this, six lakh villages and all schools and colleges will be connected with broadband, He said five hundred railway stations will shortly be provided with free Wi-fi hotspots. Prime Minister said IT will be used to build smart cities and villages will be turned into smart economic hubs.
He said Digital India presents huge opportunities and invited partnership for rolling out the program.
Top CEOs of American companies, which have played a key role in IT revolution the world is experiencing now, have endorsed ambitious ‘Digital India’ programme.
Speaking at a Digital India dinner interaction with Prime Minister Narendra Modi in San Jose, Paul Jacobs executive chairman of Qualcomm announced USD 150 million funds to fuel innovation in Indian startups.
He also announced Design India initiative and labs, saying it would help in ‘Make in India’ program. Jacobs observed that mobile technology is changing everybody’s life, adding that India is poised to be leader in digital technology.
Microsoft CEO Satya Nadella said “Digital India will bring about solutions for the challenge of digital divide.” Indian-American Nadella detailed out how digital technology can empower people across the world as he talked about Skype for students between schools to exchange ideas.
Sunder Pichai, CEO of Google, commented that Mr. Modi has accelerated effort to make India the next driver in innovation.
Adobe CEO Shantanu Narayan said that the Digital India initiative would “transform India into a digitally empowered”knowledge economy. 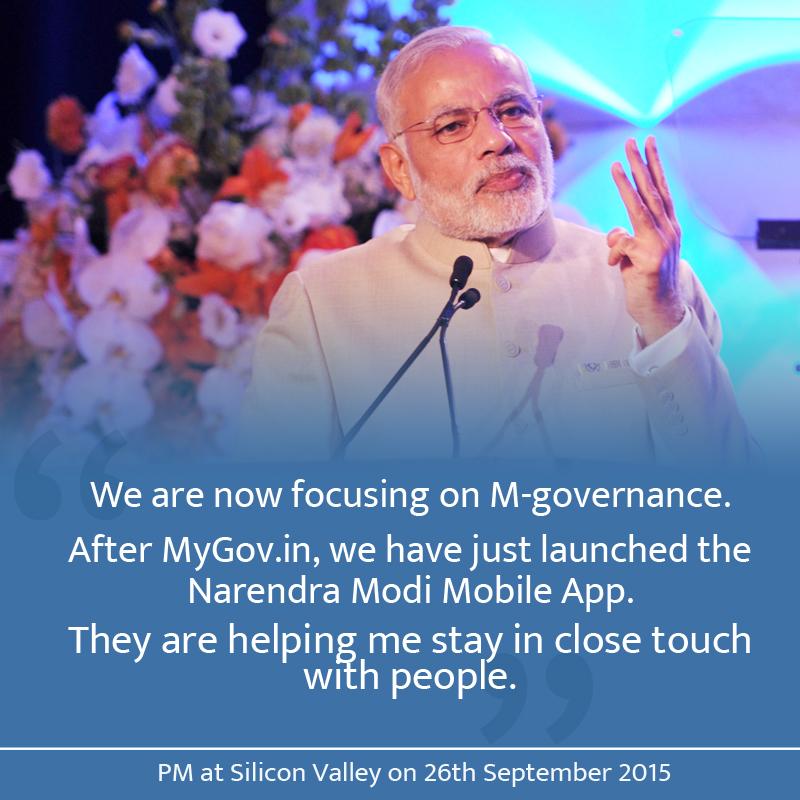 Mumbai, September 25, 2015: MSG 2 – The Messenger released in around 2000 screens on 18th September delivered a massive opening week box office response. The film collected 42.51 crores on the opening weekend and rolled through the week with record breaking house-full shows. And over the week, it raked in a total of 102.88 crores.
Several screens, cities and towns saw houseful signboards on hundreds of screens and shows over the week even as the movie has opened in Punjab to a strong reception. The Punjab release is also expected to give a significant fillip to revenues. The success party is scheduled for Friday in view of the massive first week response. It rolls into the second week with a very significant screen count and an undiminished fervor on part of the surging crowds.
Mr Ajay Dhamija, spokesperson for Hakikat Entertainment Pvt Ltd said that the company is very pleased with the opening week opening as these were only the Hindi belt figures from India and added, “This is just the beginning. With our impending Tamil, Telugu, English and overseas release, these figures are bound to grow.”