In Mumbai: Metro services of the AC local has been suspended for the day in view of the protests. Other suburban services are being run amid intermittent protests at Elphinstone Road, Goregaon, Dadar, Malad stations. There is no cancellation of long distance trains so far. In Pune, barring a couple of incidents of stones being pelted on public transport buses, the “bandh” in Pune started on a peaceful note. The shutdown received a mixed response in the city since morning with some shops doing business with their shutters partially up.
Additional Commissioner of Police (South/North Region) Ravindra Sengaonkar said that there were two instances of stone-pelting, one in Sukhsagar Nagar and second in Singhgad Road on buses of Pune Mahanagar Parivahan Mahamandal Limited.
According to PMPNL, since Tuesday, 42 buses from its fleet were stoned and since Wednesday morning, the number of buses being hit by stones stood at around 10 to 12.“Buses are being plied under instructions from the police,” said a PMPMl officer. Several private schools remained shut as a precautionary measure despite there being no official holiday being declared for educational institutions.
Heavy security has been deployed in Mumbai and other cities on the backdrop of Maharashtra Bandh today. Prakash Ambedkar, the Bharipa Bahujan Mahasangh leader has called a ‘Maharashtra bandh’ to protest against the government’s alleged failure to stop the violence. He has appealed for peace during the bandh period.
Chief Minister Devendra Fadnavis has also appealed for calm and ordered a judicial inquiry by a sitting judge of the Bombay High Court into the Pune violence.
No untoward incidents of violence are reported from across the state. Local trains, city buses, taxies and other private transport services are running smoothly in the city.
Government offices, schools and colleges in Mumbai are open but school buses in tense areas are off roads in Mumbai as a safety measure. The School Bus Owners’ Association has said it would not operate its fleet of 40,000 buses. Dabbawala’s services will remain closed today in Mumbai.
The Rashtriya Swayamsevak Sangh has condemned the incidents of violence and appealed to the public to maintain unity and harmony in the society.
Leaders across the parties have also appealed people to maintain calm and not fall prey nefarious tactics to divide society over castes. Several towns and cities in Maharashtra were on edge yesterday as Dalit protests against violence in Bhima Koregaon in Pune district.
#Breaking Thousands of people in Eastern of Kurdistan & Iranhave been detained due to their participation in the recent protest.
I will keep my brothers in Iran with me in my thoughts as they continue to protest a torturous regime that has attempted to take basic human rights away from Iranians. #IranianProtests#iran #iranprotests #IranProtest
FollowFollow @bay3gi
More
Replying to @GEsfandiari
Of course you’re free to protest in Iran. What happens afterwards however is somewhat of a mystery as many such protesters simply disappear never to be heard from again.
2 Jan 2018
Warrior woman #IranProtest 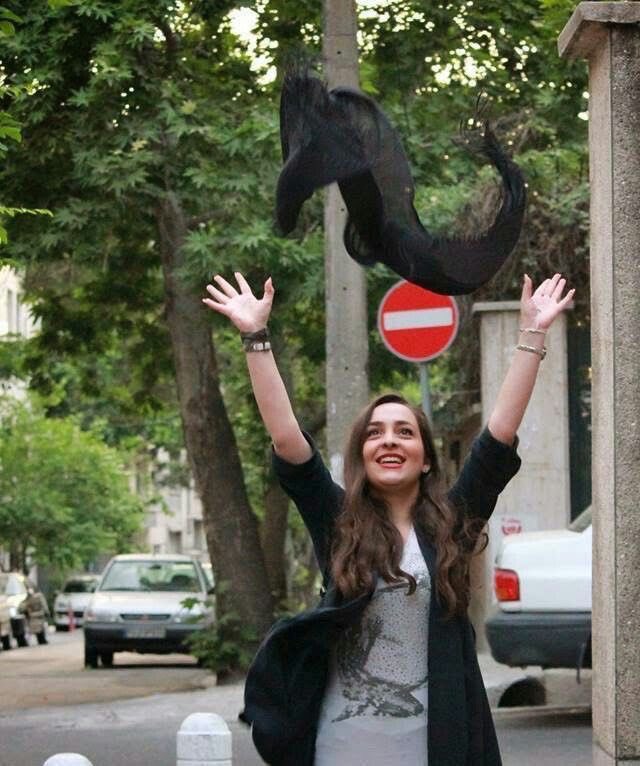 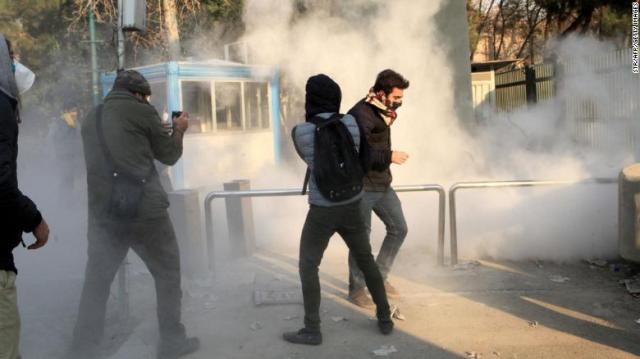 Tweets on
IranProtest Crowd of 100 attack a military base with fire bombs.Defenders ward them of with warning shots. Contrary to what’s being reported,Iranian police/forces are usually acting with EXTREME RESERVE.This is why agent provocateurs can get so close.What would US police do huh?

Paris is concerned by the number of deaths, injuries and arrests in anti-government protests across Iran, a French Foreign Ministry spokesman said. “The right to protest is a fundamental right,” he said as cited by Reuters. The spokesman also declined to comment if this week’s planned visit of French Foreign Minister Jean-Yves Le Drian to Tehran was still on the cards. Around 20 people have been killed and over 450 arrested during the six days of unrest across Iran, according to state television. Media agencies
President Donald Trump has fired off a tweet against North Korean supreme leader Kim Jong-un, claiming to have a “more powerful” nuclear weapons launcher.
Trump’s tweet, amid a barrage of angry posts, is a belated response to Kim’s New Year speech, in which the North Korean leader claimed, “The entire United States is within range of our nuclear weapons, and a nuclear button is always on my desk.”

@realDonaldTrump
North Korean Leader Kim Jong Un just stated that the “Nuclear Button is on his desk at all times.” Will someone from his depleted and food starved regime please inform him that I too have a Nuclear Button, but it is a much bigger & more powerful one than his, and my Button works!

Twitter Ads info and privacy
“This is reality, not a threat,” Kim said, adding that “these weapons will be used only if our security is threatened.”

President Park Geun-hye on additional bribery charges as early as this week over allegations that during her term Park took bribes from the state spy agency.
Two former NIS chiefs have been indicted and detained over bribery charges, with senior secretaries who served in Park’s administration also detained under the same charge.
Several former top officials from the previous administration have been under investigation, including former Culture Minister Cho Yoon-sun and former Deputy Prime Minister and Finance Minister Choi Kyung-hwan.
An official from the Seoul Central District Prosecutors’ Office said that prosecutors are also considering “gradually pressing charges against the others involved.”
Prosecutors have been investigating allegations that the National Intelligence Service (NIS), South Korea’s main spy agency, provided Park with up to 200 million won (US$188,000) in kickbacks every month between May 2013 and July 2016.
Prosecutors suspect that the NIS paid Park around 3.8 billion won in total and that she used those funds personally or to carry out illicit political activities.
Park was officially stripped of power on March 10 after the Constitutional Court upheld the impeachment. She was arrested later that month over an influence-peddling scandal involving her longtime friend and has since been under pre-sentencing detention on 18 corruption charges.
Prosecutors sought to question Park in prison twice over the fresh allegations, but she has refused to cooperate.
The prosecution said they will nonetheless move forward with the additional indictment, saying they have sufficient evidence from testimonies by others involved. 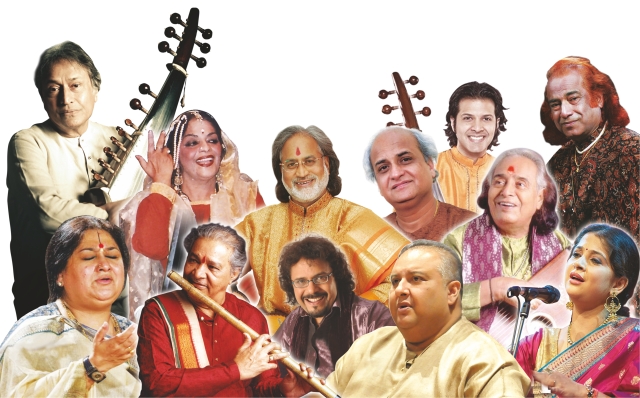 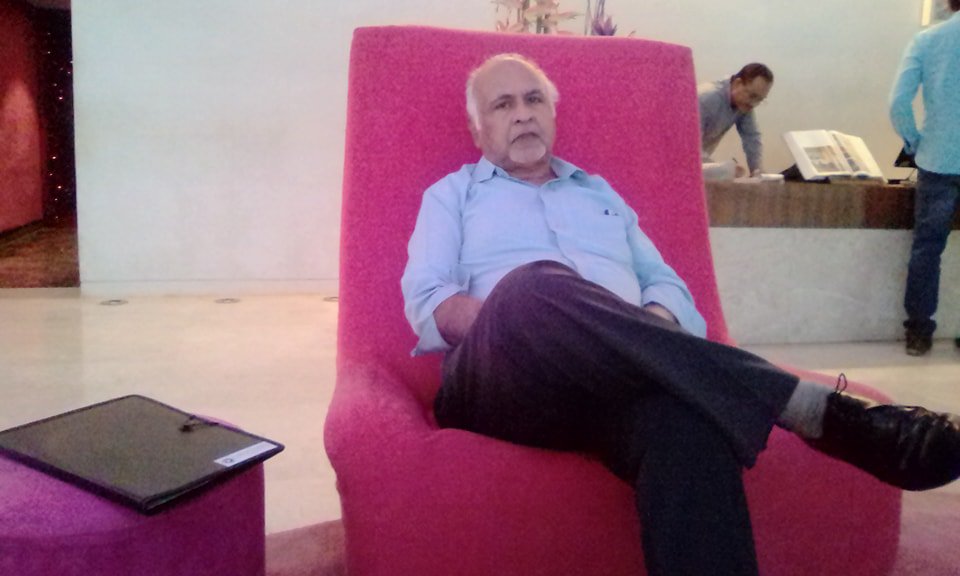 Researcher view only:
January02, 2017 (C) Ravinder Singh progressindia2015@gmail.com
This year’s prize Biggest Lie Award goes to Ashok Gulatiwith minimum qualification of Professor and Holding CEO Position. I have on more than 10 occasions exposed his lies but he persists. 10 or 20 years doesn’t match INDIA Growth including Cotton.
Gujarat Per Capita Agriculture Growth (-) 25%
When there is slightly negative Growth in Agriculture Production in GUJARAT – (-) 25% in per capita terms in last 10 Years – Population Growth of 23% plus addition of migrant labor, he projected Gujarat as top performing state averaging 8% growth in 2003-2013 in INDIAN EXPRESS story. Gulati picked up Peak & Pits data.

Meet Bros launched their new romantic upbeat song ‘Yaari Ve’ in Delhi!
Stars of Indian Music Industry, composers Manmeet Singh, and Harmeet Singh, aka Meet Bros, are famous for their happening dance numbers, therefore this time they are back with a romantic upbeat song “Yaari Ve”. As the duo were present in Delhi, at Chew Restaurant, Connaught Place, for the song launch of their new single. “Yaari Ve” also features the dancing sensation Lauren Gottlieb alongside the musical duo.
While talking to media in the Song Launch event Meet Bros. shared their thoughts, they stated, “Thank You very much for loving our song, we already got 5 million views. This songYaari Veis for all the friends, especially for those who could not be able to express their feelings. This track is all about love. Not only for us but for Lauren also this project was different, as this is a romantic track, not much of a dance number, so she was excited for her part in this song. Right from New York, she came to Greece for the shoot, and we had a wonderful time together while working for the same.”
On asking about their upcoming projects, they told media, “We have been known for our dancing numbers like Chittiyaan Kalaiyan & Baby Doll, but now we are up for some different work, Yaari Ve is a romantic number, we are going to launch more soft versions this year in 2018. Now Meet Bros are not only focusing on film songs but themselves also, we are going to launch a Rajasthani song as well. And Once again we are really thankful to you guys for supporting us and Loving our work. We hope to create more magic in future.”
Composed and sung by Meet Bros, this latest track “Yaari Ve” also features Prakriti Kakar. The song is released under Times Music and has been extensively shot in picturesque locations o
at January 03, 2018 No comments: