President Donald Trump can hire his son-in-law, Jared Kushner, as a senior White House adviser without breaking federal anti-nepotism laws, the US Department of Justice said.
In a letter dated Jan. 20 posted on its website, the department’s Office of Legal Counsel said the president has special hiring authority that exempts White House positions from laws barring the president from naming a relative to lead a federal agency.
The New York Times first reported the decision, saying it was posted to the department’s site on Saturday.
Questions about Kushner’s role emerged as voters and lawmakers questioned potential conflicts of interest for Trump, given his wide-ranging business interests, history of employing family members, and the influence of his daughter Ivanka Trump, who is married to Kushner.
The office of White House counsel had asked the Justice Department for a definitive opinion on Kushner’s role.
The Justice Department said that if Trump chooses to officially hire Kushner and give him security clearance usually granted for White House staff, then conflict-of-interest laws would apply and Kushner would have to abide by their restrictions.
“Congress has not blocked, and most likely could not block, the president from seeking advice from family members in their personal capacities,” the department wrote in its 14-page opinion.
Posted by Naresh Kumar Sagar at Sunday, January 22, 2017 No comments: 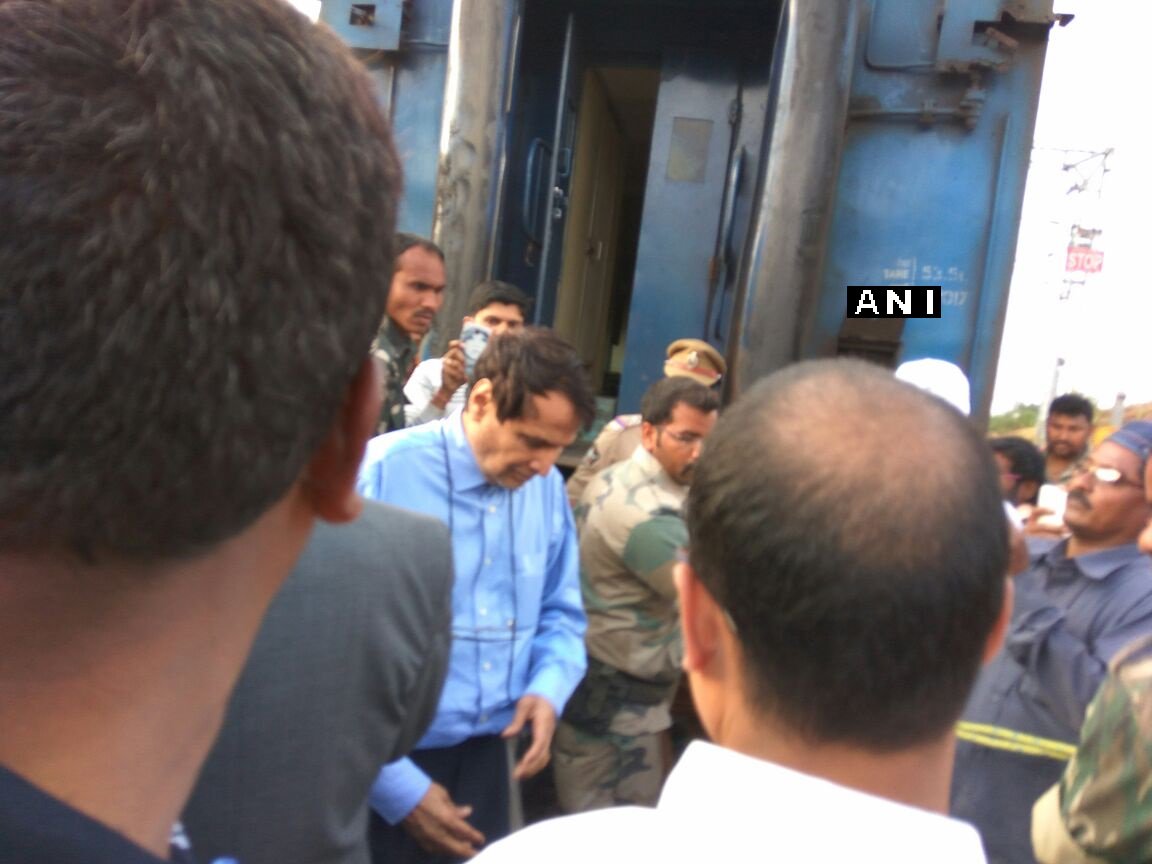 Nawaz not to go scot-free

Imran Khan on Sunday claimed that Prime Minister Nawaz Sharif is not going to escape in the Panama Leaks case being heard by the Supreme Court.
Speaking at a rally here, Imran Khan slammed the rulers over non-provision of heath and other basic necessities to the people of country.
He said the present rulers have been in power for nearly 30 years, but the situation in public hospitals could not be improved.
The PTI chief said these insensitive rulers have no idea of conditions in public hospitals, adding that people are forced to breath their last on hospital floor as there are not enough beds available for patients.
"They (rulers) themselves go abroad for medical check-ups and consider it below their dignity to go to a hospital in the country," he said.
"Prime Minister Nawaz Sharif is not going to escape in the Panama Leaks case," Khan said, adding if the letter by a Qatari prince turns out to be bogus then the PM will have to go home.
He regretted that the nation's wealth is laundered out of country and this is actual Panama case.
Khan criticized the prime minister for asking for immunity regarding his speech in the Parliament. "A lay man goes to prison for speaking a lie, but they (rulers) want immunity for doing the same."
"I am glad that people took to streets on my call. Our activists were jailed but they could not be unnerved," Khan said.
He contended that the youth of the country will not have a future unless corruption is not rooted out from the country.
Posted by Naresh Kumar Sagar at Sunday, January 22, 2017 No comments:

New Delhi: Gujarat Government has decided to display the arts, culture and lifestyle of the state’s westernmost district of Kutch in this year’s tastefully decorated tableau for the National Republic Day Parade to amble through the Rajpath ceremonial boulevard in New Delhi on January 26, 2017.

The front portion of the tableau depicts Kutchhi women busy embroidery with rapt attention. There are 16 varieties of world famous Kutchhi embroidery, each distinctly different from the other. Domestic and foreign tourists coming to Kutch carry back embroidered work as souvenirs and gifts for their near and dear ones.

The rear portion of the tableau shows Kutch’s equally famous naturally cool ‘Bhungo’ mud house with thatched roof that protects the people from the semi-arid region’s hot and harsh summer, the iconic bedecked camel giving a feel of the unkind weather. Kutch’s traditional musical instruments, like Nagfali, Surangho, Boridho, will also be on display.

Artists in their traditional attire will perform live folkdances like Raas along the way.

SCC, NIUA and Western Digital come together for securing cities in India

enkaysagar.wordpress.com - New Delhi, : Smart Cities Council (SCC) along with National Institute of Urban Affairs (NIUA) organized a round table in New Delhi to discuss the role of surveillance for a safe and secure India. T...

Gambia's Jammeh declares he will stand down 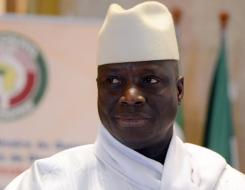 Email ThisBlogThis!Share to TwitterShare to FacebookShare to Pinterest
Donald Trump was sworn in Friday as the 45th president of the United States, and his inauguration has drawn a mammoth crowd and as per official estimates 1.5 millions natives were present but US media speak of meagre number..
Many countries expressed hope for cooperative relations with the new U.S. administration, but what worries about Trump’s “America first” policy dominate responses from officials, experts and the public.
Russian President Vladimir Putin is ready to meet Trump to congratulate him on taking office, but preparations for the possible meeting may take months, Russian media quoted Kremlin spokesman Dmitry Peskov as saying. But tinkles meet is soon as possible as per Russian officials.
Prime Minister Theresa May will meet US President Donald Trump in Washington DC on Friday. The White House said Mrs May will be the first foreign leader to meet the new president after his inauguration. A post-Brexit free trade deal is thought likely to be high on her agenda as she travels to the US for talks.
Confirmation of the meeting came as hundreds of thousands of people around the world joined women’s marches to protest Mr Trump’s presidency. Mr Trump’s press secretary Sean Spicer gave details of Mrs May’s visit in his first briefing to journalists at the White House yesterday.
Earlier, while visiting the CIA’s headquarters, President Trump said the Prime Minister is coming over to the country very shortly. He said Nato, the European Union, defence and Russia are all likely to be discussed in the meeting.

US President Donald Trump has said, the United States has no choice but to get rid of ISIS and radical Islamic terrorism. He told members of the CIA community at its headquarters in Langley that US has been fighting these wars for longer than any wars it has ever fought.In his maiden address to the CIA officials, Mr Trump said, ISIS has to be eradicated just off the face of the Earth. Referring to CIA, the president said, he believes that this group is going to be one of the most important groups in the US towards making the country safe, towards making it winners again, toward ending all of the problems. Mr Trump’s nominee for CIA Director Mike Pompeo has not been confirmed by the Senate yet.

India’s ace shuttler Saina Nehwal has won the Malaysia Masters Grand Prix Gold title at Sarawak. Saina, the top seed in the tournament, defeated Pornpawee Chochuwong of Thailand in straight games 22-20, 22-20 a shortwhile ago. Saina said, I really would like to thank my physios Heath Mathews , Chandan Poddar and Arvind Nigam for the Malaysia Masters title.. In four months from knee surgery to the title it was very tough and emotional journey for me ..I would also like to thank my coaches Vimal Kumar sir and Umendra Rana sir for supporting me throughout this journey …

Uttar Pradesh, Samajwadi Party and Congress have finally agreed to forge alliance for the upcoming state assembly elections.
Sources said, the Congress party will be allotted 105 seats while SP will fight on the remaining seats. However, a formal announcement on the alliance is yet to come out.
Discussion on Effects of Demonetisation on Political Financing & Black Money”  being organised by Association for Democratic Reforms, on 24th January, 2017, Tuesday, at 10:30 AM at Lecture Room No. 1, India International Centre Annexe Building,  New Delhi.
The discussion will be followed by a Press Conference to release a report on ‘Sources of Income of National and Regional Parties: FY 2004-05 to 2014-15 (11 years) between 3:00 PM and 4:00 PM at the same venue.
Kindly find attached the Agenda of the event for your reference and perusal.