South Korea’s government said Thursday it will allocate 2.2 trillion won (US$2 billion) for research and development (R&D) projects throughout 2022 to better prepare for what it calls the fourth industrial revolution.
Under the project dubbed “I-Korea 4.0,” the Presidential Committee on the Fourth Industrial Revolution said it will secure new growth engine for the country by expanding industries’ productiveness and competitiveness under the idea of “intelligence, innovation, inclusiveness, and interaction.”
The government said the project will generate some 366,000 new jobs along with 128-trillion-won worth of wealth by 2022.
“The National Assembly and the government both consider the fourth industrial revolution as crucial,” said Science Minister Yoo Young-min, claiming the ministry will bring different governmental bodies together to promptly carry out projects.
The government said it will foster some 46,000 R&D experts, while providing education programs to South Korean workers to cope with the changing scope of the labor market. It will expand the benefits of employment insurance to provide people with stronger social safety net.
Seoul will also give more leeway to businesses through deregulation, and assist projects to adopt the fifth-generation network by March 2019.
For profitable emerging businesses with high risks, the government said it will create a fund worth 10 trillion won to support them financially.
The government will also adopt robots to support patient care, and provide subsidies to elderly citizens suffering from Alzheimer’s.
yonhapnews.co.kr
Russia’s technical safety watchdog Rosstandart said on Wednesday it had been informed by Toyota Motor Corp about the recall of 9,310 Toyota Hilux cars produced between Sept. 2, 2011 and Nov. 28, 2014.
The recall is due to possible air bag faults, it said.
US President Donald Trump has hit back at criticism by Britain’s prime minister over his retweets of anti-Muslim videos.
The videos were originally posted by a leader of a British far-right group. She is reported to have had previously been ordered to pay fines for religious harassment of Muslims.
A spokesperson for British Prime Minister Theresa May said the British people overwhelmingly reject the prejudiced rhetoric of the far right.
The spokesperson added, “It is wrong for the president to have done this,” referring to Trump’s retweets.
Trump responded on Twitter, “Theresa May, don’t focus on me, focus on the destructive radical Islamic terrorism that is taking place within the United Kingdom. We are doing just fine.”
Mitsubishi Materials says one of its subsidiaries, Mitsubishi Aluminum, fabricated inspection data for aluminum plates so they appeared to meet quality standards.
The plates were manufactured at the metal maker’s factory in Shizuoka Prefecture.
Mitsubishi Materials acknowledged last week that 2 other group firms, Mitsubishi Cable Industries and Mitsubishi Shindoh, delivered sub-standard products with altered data.
But it did not disclose the misconduct at the aluminum unit, which was actually discovered during an in-house probe in November last year.
Mitsubishi Aluminum says the sub-quality products were delivered to 16 clients, but it has confirmed that the products have no safety problems.
Affected products from the 3 subsidiaries have been supplied to 274 clients.
Naresh Kumar Sagar‏ @Nksagar 3

National CSR Summit, CSR – The Next Leap : Technology Innovation, Incubation,Acceleration, Scale,Model,in new areas to ease in every day life of masses to give an opportunity for all. Transition global digital is essential in our investment in any field malgovernance poor Adm the tech digits becomes boon.All activities Rupee measurable but quantifiable can be but smile on face can’t be.Voice speakers.
Technology is important in today world to bring drastic change. Many speakers from the reputed foundation rose to speak and laid paramount improtance of changing landscape to digital word in business and social life.Speakers laid importance of innovation in digital field to be innovative to bring social transition and opportunity for all with companies inventing new kaleidoscope for the next genration in which the masses has not bars and restrictions for its utility and ease.
Minister of state,Ministry of Corporate affairs,GOI, also said to the NGOs or foundation through CSER must work on
Health industry CSR must be to inclusive health services with digital program.
Education institution CSR must work on education for all,
Social companies must lend its support for social services,
Advocacy must advocate  for better ease,
Media companies CSR need be meant for awareness programe,
Fiscal companies must work for need for the poorest of poor.
The actual CSR explored 9822Cr, and is 11% higher than last years.
Collaboration,Innovation,associations need to grow and now the conglomerate of companies can persue the commons CSR as per their plans. 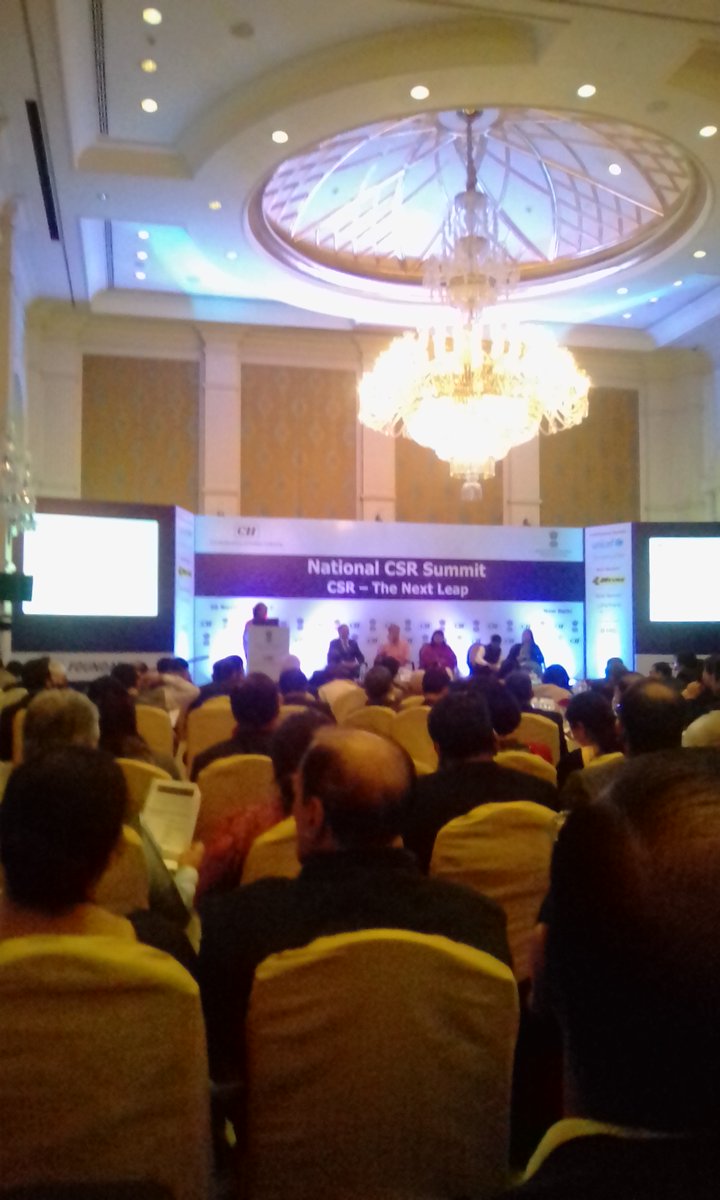 Prime Minister Shahid Khaqan Abbasi has rejected US accusations of Pakistan providing sanctuary to militant groups, stressing that attacks in the region were originating from Afghanistan.
In an interview with Bloomberg, the prime minister said Pakistan would act against terrorists including the Haqqani network within its borders.
“We have asked them to share any intelligence about the Haqqani network, we will take action,” Abbasi said. “The attacks, however, are being made from across the border, we have pinpointed even the sanctuaries of the attackers. Cross-border infiltration from Afghanistan is the order of the day,” Prime Minister Abbasi told Bloomberg.
The Pakistani military and civilian leadership have denied the presence of terrorist safe havens on its soil on numerous occasions.
“There are no organised bases of any terrorist organisations in the country anymore,” said the spokesperson for the Pakistan Army earlier in October.
Foreign Minister Khawaja Asif had also conveyed the same message to US Secretary of State Rex Tillerson during his recent visit to Washington.
When asked about the release of Jammat-ud-Dawa chief Hafiz Saeed, the prime minister replied: “The court, a three-judge bench, has released him saying there are no charges against him, the country has a law you know. Prosecute him internationally if there is substance to these charges — these are accusations only. No evidence has been provided by India.”
Last week, the White House said there would be repercussions for US-Pakistan relations unless Islamabad took action to detain and charge newly freed Hafiz Saeed, accused of masterminding a 2008 assault in Mumbai, India.
“If Pakistan does not take action to lawfully detain Saeed and charge him for his crimes, its inaction will have repercussions for bilateral relations and for Pakistan’s global reputation,” the White House said in a statement.
Saeed has repeatedly denied involvement in the Mumbai attacks in which 10 gunmen attacked targets in India’s largest city. The violence brought nuclear-armed neighbours Pakistan and India to the brink of war.Input geonews
Car auto industry globally go ga ga on electric vehicles hor far the Lithum battery shall be successful to give compatible mileage is still million dollar question.LA Auto Show in Los Angeles flurry of show case of electric vehicles .Forty  brands unveiled on Wednesday their new models and concept cars to the media, ahead of the official opening on Friday.
BMW announced it will roll out twelve electric models by 2025. The company is displaying four models, including a two-seater sports coupe, and a concept car that can travel 600 kilometers on a single charge.
Porsche is showcasing a plug-in hybrid capable of accelerating up to 310 kilometers per hour on its battery alone.The US state of California has imposed some of the world’s toughest environmental regulations.
Automakers are required to sell a certain percentage of eco-friendly vehicles. With hybrid vehicles no longer qualifying as low-emission models since this fall, many carmakers are rushing to introduce fully electric vehicles. Inputs NHK