Pune, 18th August 2016: – The Rajesh Wadhawan Group and Hrithik Roshan co-owned Indian Super League club FC Pune City reinforced their forward line adding Mexican striker Anibal Zurdo Rodriguez for the 2016 edition of the league. The 33-year old will make his debut in the Indian Super League with this move to the Pune side.
FC Pune City CEO Gaurav Modwel sounded upbeat with the signing of the experienced centre forward. “Anibal’s experience of playing in the Spanish league will be very valuable to the team. His speed combined with attacking instincts in the opponents box will surprise our fans and rivals alike. In addition to his performances on the pitch, I am sure that he will be a great influence in the dressing room too.”
Anibal started his career with Atletico Madrid playing for their youth team. He then graduated and went on to play for Spanish clubs like Deportivo Guadalajara, Mostoles, Valencia ‘B’ and CE Sabadell FC scoring over 100 goals. His best performances came while donning CE Sabadell FC kit where he scored 28 goals in 74 appearances.
Head coach Antonio Habas was pleased with the new addition. “Anibal is a quality striker, for his speed and overall work rate are characteristics that I admire. I’m very excited at the prospect of working with him now for the benefit of FC Pune City.”

Making his Indian Super League debut, Anibal said he was looking forward to meet his new family – his FC Pune City teammates, team management and fans. “I hope to create a strong relationship with everyone involved with this club. This is a new chapter in my career. I will do everything in my abilities for FC Pune City to achieve their ultimate goal.”

Co-owner and Bollywood star Hrithik Roshan expressed his delight with the new signing. “Anibal brings a wealth of experience to the team and we are looking forward to a memorable season with him,” said Hrithik.
August18, 2016 (C) Ravinder Singh progressindia2015@gmail.com
BRPL has adopted a new FUNDA to Exploit & Extort Consumers.
1.  They didn’t carryout PRE-MONSOON TRIMMING of Trees pocket money.
2.  There are regular SERVICE LINE Breakdowns mainly affecting a single home but entire area is shut down – over 250 homes – 1000 families for hours.
3.  Even in case Electrical Fire with TOXIC Smoke threatening Consumers – No BRPL Emergency Response Team arrives – No Engineer EVER comes to inspect the site. No Quality of Service-Safety is Observed i.e. Direct Supply to Bus Bar.
4.  Labor cum Contractor arrive at site ‘START NEGOTIATING PRICE’.
5. Priority is Not to Restore Power Supply – BUT EXTORT MAXIMUM Money from affected consumers whose Generators may be Burning Rs.500/- Per Hour of Diesel and Invertors are dead in 1-2 hours.
DELIBRATE NEGLIGENCE & LOOT PROGRAM
Ø    LT Power Lines have SINGLE FEED – At all times when power supply is On I am connected to NATIONAL GRID – but the second LT Circuit Breaker is SWITCHED OFF I AND MY LINE OF HOMES ARE ISOLATED.
Ø    Thus no need to DISCONNECT POWER TO MANY TRANSFORMERS in the area.
Ø    Consumer Service Line faults – it takes two minutes to CUT faulty power cable and restore supply to all but FAULT Line in 10 minutes.
Ø  IT IS POSSIBLE TO RESTORE POWER TO ALL AT Z-22 FAULT BUT FEW DIRECTLY AFFECTED IN 30 MINUTES–THREE PHASE FEXIBLE CABLES CAN BE CONNECTED IN MINUTES.
Ø  But BRPL is planning to First Install A New Pole and Then Fix Power Lines – over Hours & Hour may be 1-2 days.
Z-22 Hauz Khas Tree Fell On LT Line Pole Crash – A Pole Broke into Half
BRPL charge 40,000/- PM as employee cost hire Unskilled & Unqualified, Pole Climbers as Electrical Engineers.

There don’t have Electrical Tools Equipment – Ladder arrives in two hours from 1 km.

Every time there is a FAULT – some one NEW to the area is ENGAGED.

Today a Tree Fell On Power Line in front of Z-22 on road connecting Hauz Khas Market and NIFT.

Pole was BROKEN IN HALF and LT power lines Crashed to ground SPARKING and BURNING.

Y-Block Power was cut at 7:15 AM – After more than one hour or about 2 hours after the incident – there was No BRPL Emergency Response Team, No Engineer came to the site.

LT power lines have Circuit Breakers at Transformers – Switch it off and rest of area except few connections can be Energized in 5 minutes.

There was Uphaar Like fire in entire staircase and Lift was filled dense smoke Underground Cable was burning – Police arrived quickly followed by Fire Tender from Safdarjung Airport but there was no BRPL Emergency Response Team.
THEY TAKE MONEY [Private Bribes] FROM CONSUMERS FOR RESTORING FAULTS BUT NEGLECT SERVICE TO 99%.

Ravinder Singh, Inventor & Consultant, INNOVATIVE TECHNOLOGIES AND PROJECTS
Y-77, Hauz Khas, New Delhi-110016, India. Ph; 091- 9871056471, 9718280435, 9650421857
Ravinder Singh* is a WIPO awarded inventor specializing in Power, Transportation,
Smart Cities, Water, Energy Saving, Agriculture, Manufacturing, Technologies and Projects
Russia has rejected the allegations that its use of Iranian military bases for air strikes in Syria violates United Nations sanctions on Tehran.
Russian Foreign Minister Sergey Lavrov said in Moscow that Russian Air Force uses its fighter jets to take part in the counter-terrorism operation in Syria and there has been no supply, sale or transfer of fighter jets to Iran. His statement comes following allegations by US State Department spokesman that Russia’s operation out of Iran could violate the UN resolution that prohibits supply, sale and transfer of combat aircraft to Iran unless approved by the Security Council.
Bangladesh has echoed India’s stand over Balochistan. Visiting Bangladesh Information Minister Hasanul Haq Inu said in New Delhi that Pakistan has very bad track record vis-a-vis other religious minorities.
Mr Inu said, Pakistan abused human rights in erstwhile East Pakistan and is of harbouring terrorists. Disturbing pictures of Pakistan’s brutality in Balochistan has emerged recently which shows how innocent citizens are being eliminated by the Pak army.
Balochistan’s leaders allege that in the last few decades, Pakistan Army has killed nearly 30,000 Baloch people and over 24,000 have simply disappeared including some prominent regional leaders. It is believed that these people were picked up by Pak Intelligence agency ISI, tortured for information and then killed.
Pakistan has been carrying out this cycle of repression against Baloch people as they have been struggling for freedom from Pakistan’s illegal control. and their struggle to free themselves of Pakistan’s clutches got a sudden boost when Prime Minister Narendra Modi took up their cause by thanking them during his Independence Day address from the ramparts of the Red Fort. 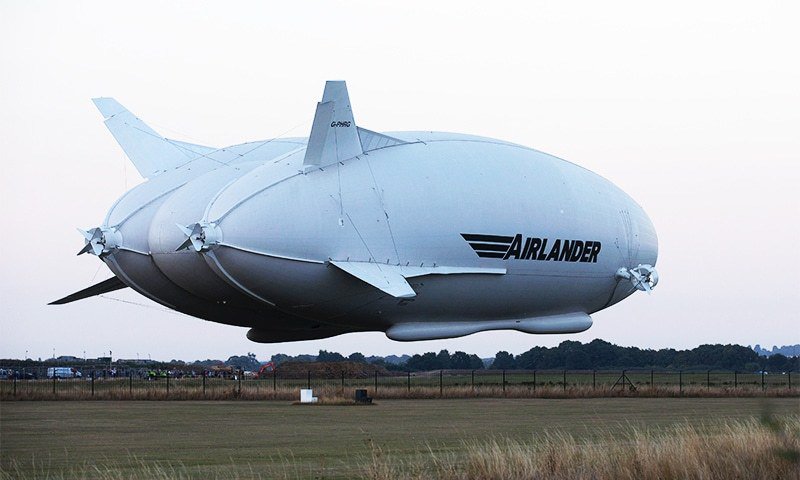 The world’s “largest aircraft” the Airlander 10 embarked on its maiden flight, four days after a previous attempt was abandoned due to technical issues.The part plane part airship yesterday took to the skies at an airfield in Cardington in central England.
The 92-metre-long Airlander 10, can fly at up to 4,880 metres and reach speeds of 148 kilometres per hour. Filled with helium, it can stay airborne for more than two weeks unmanned and up to five days if manned. It can also be used for commercial purpose.
The successful flight comes 85 years after another airship the ill-fated R101 took off from the same airfield in October 1930 before crashing in France, killing 48 people and ending the development of airships in Britain

Sakshi Malik gives all Indian sign of relief with Rio 2016 medal after 12 days of agony inflicted  with medals-less  to the 1.3 billion people nation.
President and PM congratulated Sakshi Malik an employee of Indian Railway to get first Indian Rio 2016 bronze medal in 58kg cateogry female wrestling, for India a best time, on Happy auspicious  Raskha Bandhan day festivals of Sisters- Brothers Love.
Freestyle wrestler Sakshi Malik has ended India’s wait of its first medal of the Rio Olympics.
The 23-year old Haryana girl bagged the Bronze medal, early this morning, in the 58 kg weight class after recording a sensational comeback win over Aisuluu Tynybekova of Kyrgyzstan.
Trailing 0-5, Sakshi displayed exceptional skills to win the match, 8-5, in the final seconds and become the first ever Indian woman grappler to win an Olympic medal.
Earlier, in the 48 kg category, it was heart break for Vinesh Phogat who made an unfortunate exit from the Games after injuring her knee in the quarterfinal match. China’s Yanan Sun was named the winner as Vinesh, who looked promising in her opening match, was stretched off in tears.
India’s other female wrestler in the Games, Babita Kumari will be seen in action in the 53 kg division later today. She will clash with Maria Prevolaraki of Greece in the Round-of-16.
Male wrestlers, including London Olympics Bronze medalist Yogeshwar Dutt, will begin their campaigns later.Over in Badminton, Kidambi Srikanth’s hopes of winning an Olympic medal were dashed last evening after he went down battling world number three Lin Dan of China, 6-21, 21-11, 18-21 in the quarterfinals. PV Sindhu had, earlier, entered the Singles semi-finals beating world number two Chinese Yihan Wang. She became only the second Indian shuttler – first being Saina Nehwal – to make it to the Olympics last-4. Sindhu will play her semi-final today against Nozomi Okuhara of Japan. If Sindhu wins, India will be assured of a Silver medal.
Turkey, three people were killed and 40 injured when a car bomb exploded near a police station in the eastern province of Van. According to state broadcaster TRT, the attack targeted a police headquarter in the central Ipekyolu district of Van city. The station also serves as a police barrack.
Prime Minister Binali Yildirim said on live television that there had been an attack on a police station in Van. No one has claimed responsibility for the attack.Kurdish militants frequently target police stations and other security force outposts with car bombs. Turkey’s mainly Kurdish southeast has been scorched by violence since a 2-1/2-year ceasefire between the state and the outlawed Kurdistan Workers Party fell apart in July last year.