Malacanang on Sunday assured the smooth transition from the Aquino government to the next administration.Communications Secretary Herminio Coloma Jr. said the smooth transition is expected because of good governance, which is the advocacy of the Aquino administration.
President Benigno S. Aquino III stressed Saturday he is confident the “Daang Matuwid” Coalition will win in the national elections on Monday. President said in a speech during the Daang Matuwid Coalition Miting de Avance held in the Quezon City Circle.
The Daang Matuwid’s primary candidates are former Department of Interior and Local Government (DILG) Secretary Manuel Roxas II as President and Camarines Sur Rep. Leni Robredo.. A total of 104 foreign groups will be observing the conduct of the May 9 national and local elections in the country on Monday.
According to Commission on Elections (Comelec) Chairman Juan Andres Bautista, the foreigners come from the different parts of the world to witness the third automated elections in the country.
“Fifty of them have flown in from Afghanistan, Sri Lanka, Timor Leste, Nepal, Turkey, Indonesia, Thailand, and Korea,” he said.
The poll body chief said that a seminar was conducted for the visitors, where he, Commissioner Christian Robert Lim and Parish Pastoral Council for Responsible Voting (PPCRV) National Chairperson Henrieta de Villa were guest speakers.
“They want to learn more about our automated elections. I spoke first speaker. Senior Commissioner Lim and PPCRV and former Ambassador De Villa also spoke,” he said.
Bautista added, “the Philippines is becoming one of the leaders in automated elections. Instead of us learning from them, it is the other way around, we are sharing our international best practices, especially those looking to transform from manual to automated (polls).”
He said that more than 50 other foreign observers who are members of embassies and international organizations based in the country would like to observe the elections on Monday.
Earlier, the poll body reminded foreign observers to maintain non-partisanship or else be held liable for committing an election offense.
Based on Comelec Resolution No. 10079, foreign nationals and foreign organizations accredited as foreign observers in the elections must not engage in partisan political activities.
“It shall be unlawful for any foreigner, foreign group, organization, committee or association to engage in partisan political activities, which refer to acts designed to promote the election or defeat of a particular candidate or candidates to public office,” according to the Resolution dated March 11.
They are also prohibited from aiding any candidate or political party, whether directly or indirectly; as well as to contribute in connection to any election campaign or partisan political activity and taking part or influence in any manner in the conduct of the elections.
Commission of the said prohibited acts constitute an election offense, which carries a penalty of one to six years imprisonment and deportation after the prison term has been served.
Accreditation of foreign election observers is until June 30, the end of the Election Period.
The new ministers with drastic change are made in the reshuffle to rope in many new sector of industries to give impetus to its national economy.With a major government reshuffle, Custodian of the Two Holy Mosques King Salman and Deputy Crown Prince Mohammed bin Salman have shown their determination to move the kingdom’s economy away from oil, experts say. Necessitate in economic diversification due to  plunging oil revenues over the past two years have accentuated the effort, pushed by Deputy Crown Prince Mohammed, who heads the main Council for Economic Affairs and Development.
A series of royal decrees announced on Saturday merged various ministries to reflect new priorities under the wide-ranging Vision 2030 plan announced two weeks ago by the deputy crown prince.
Saudi Arabia’s Petroleum and Natural Resources Minister, Ali al-Naimi, was sacked on Saturday as part of a major governmental reshuffle, according to state media reports. Al-Naimi, who had served as the country’s oil minister since 1995, has now been reportedly replaced by former health minister Khaled al-Faleh. Falih replaced Ali Al-Naimi who headed the now-defunct Ministry of Petroleum and Mineral Resources for about two decades as dressing operation to galvanis national economy.  Through a series of royal decrees, a number of other Saudi ministers have recently been replaced, including the heads of transport, commerce, water, and social affairs. Former al-Naimi’s ministry has been renamed and is now to be called the Ministry of Energy, Industry, and Mining. Amid weak global oil prices, al-Naimi had opposed suggestions that Saudi Arabia ought to cut its oil production. In a bid to stabilize crude prices, a number of major oil producers have been discussing a proposal to freeze oil output, but have failed to reach any agreement on the issue so far.

Unidentified gunmen opened fire at a police vehicle in Helwan, south of Cairo, killing seven policemen and one officer, the Egyptian Interior Ministry said in a statement on Sunday. The attackers were reportedly waving Islamic State (IS, previously ISIS/ISIL) flags prior to opening fire, and immediately fled the scene after the shooting, according to Egyptian newspaper Youm7. The Egyptian ministry confirmed that the policemen were on a routine security patrol when they were attacked, adding that there were at least five gunmen involved.

Protests build in Myanmar over flashpoint Chinese-backed mine
Yangon: Hundreds of Myanmar villagers rallied Saturday against a controversial Chinese-backed copper mine, activists told …
MYANMARNEWS.NET
at May 08, 2016 No comments: Links to this post

PATTAYA, 8 MAY 2016 – The AirAsia and AirAsia X groups strengthened their commitment towards climate change awareness through another #GREEN24 initiative by conducting a beach and reef clean-up activity in Pattaya, Thailand yesterday.
This activity is supported by The Pattaya City Council and Project AWARE, an international non-profit organization established by PADI (Professional Association of Diving Instructors) focusing on ocean protection and actively working to address ocean issues through a global network of scuba divers.
A total of 50 scuba diver volunteers from AirAsia (AirAsia employees) headed out to nearby island, Koh Sak, 23km off Pattaya and conducted Dive Against DebrisTM  dives, collecting marine debris and objects that damage the reef at dive sites on Koh Sak Island. All marine debris were carefully recorded and submitted on Project AWARE’s website as part of the movement’s initiative to influence ocean policy and management, which will contribute towards the prevention of debris underwater.
Concurrently over 800 volunteers from AirAsia and the local Pattaya community joined forces to clean-up the north and south of Pattaya beach yesterday morning.
Aireen Omar, Chief Executive Officer of AirAsia Berhad said, “The #GREEN24 movement was launched as a regional effort to raise the profile of climate change effects in this part of the world. We have been actively conducting programs which are designed to educate the public about the effects of climate change. This beach and reef clean-up is another measure we are taking to reach out to the various communities we serve in this region, as a call for everyone to work together towards keeping our environment sustainable for the future. We would like to thank the Pattaya City Council for their support in this vision, and to Project AWARE for working with AirAsia”.
“AirAsia has been working to reduce emissions in many ways, for years. Substantial investment were made to launch internal projects which were carefully designed, tested and successfully implemented. Our sustainability policies are also being closely monitored and reevaluated. We are pleased to share that our internal fuel efficiency programs have helped to reduce 22,602 tons of CO2 emissions in 2015 alone,” Aireen Omar further added.
“Marine debris is one of the biggest ocean issues of our time. Project AWARE’s Dive Against DebrisTM  program is a year-round, global initiative to increase debris removal efforts, protect marine life and help drive long-term change,” said Tiffany Leite, Project AWARE’s Director of Global Operations. “Scuba divers have the unique training and skills to remove and report litter found beneath the surface. Project AWARE is pleased to Dive Against DebrisTM  alongside AirAsia dive volunteers for this event and we thank AirAsia for their commitment to a clean, healthy ocean.”
To date, the AirAsia and AirAsia X groups have held over 40 activities regionally which aimed to conserve energy, raise awareness of climate change effects in the region and developing sustainability-aware communities since the establishment of the #GREEN24 campaign in November 2015. For more information about the #GREEN24 movement, please visitwww.airasia.com/GREEN24.

Aam Aadmi Party up against the Augusta Westland culprits

aseannews.wordpress.com – Prime Minister Modi and Sonia Gandhi are hand-in-glove in the helicopter scam: Kejriwal In a bid to strengthen public opinion and expose the culprits in the Augusta Westland Helicopter purchase cor… 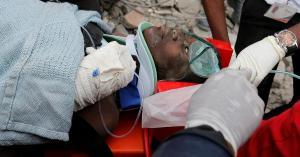 newdelhisamachara.wordpress.com – Bombay HC expresses helplessness; can’t protect the homeless Evicted slum dwellers of Mumbai are left in the middle of nowhere Mumbai | 7th May, 2016: The Bombay High Court in the matter of 13 days…

indminenews.wordpress.com – Bombay HC expresses helplessness; can’t protect the homeless Evicted slum dwellers of Mumbai are left in the middle of nowhere Mumbai | 7th May, 2016: The Bombay High Court in the matter of 13 days…

aseannews.wordpress.com – Water crisis and drought situation discussed in parliament but even with best of mechanical system in the country we are unable to provide national policy of water for village  by adding water grid…

sagarnewspost.wordpress.com – Bombay HC expresses helplessness; can’t protect the homeless Evicted slum dwellers of Mumbai are left in the middle of nowhere Mumbai | 7th May, 2016: The Bombay High Court in the matter of 13 days…

sagarmedianews.wordpress.com – Bombay HC expresses helplessness; can’t protect the homeless Evicted slum dwellers of Mumbai are left in the middle of nowhere Mumbai | 7th May, 2016: The Bombay High Court in the matter of 13 days…
All World →