With pleasure, we invite you to welcome the upcoming year- 2017 with All India Council Technical Education (AICTE) initiating the gathering with National Address on Rashtra Nirman by Dr. Anil Sahasrabudhe Chairman of AICTE followed by the evening dedicating to Sai Bhajans.

Please find below invitation card for your kind perusal.

Kindly fill the form given below to get registered for Sai Sandhya 2017 www.cmai.asia/ saisandhya2017.php

Participation is gracefully requested with your friends and relatives and is absolutely without any charges. Welcoming a New Year with divine blessings from His Holiness, Shri Sai Baba is the best one can ever think of.

This is a rare occasion where Chief Executives, Directors, Heads and members of entire Telecom, IT, Education fraternity will assemble together with their families, exchange greetings for New Year in a blissful atmosphere.

All devotees will be distributed Bhabuti /Udi from  Shirdi , Agarbatti  packets from Hari Darshan.

CMAI Association of India has been organizing “Sai Sandhya” on the eve of New Year for the last eight consecutive years. The programs have received active support and participation from people of all walks of life including cabinet ministers, bureaucrats, govt. officials, corporate houses and individuals. The event is supported by various telecom & IT associations.
PRIOR REGISTRATION IS MUST ON www.cmai.asia/ saisandhya2017.php
HERE PARTICIPANTS WILL BE REGISTERED AND A CONFIRMATION E-MAIL WITH REGISTRATION NUMBER WILL BE SENT.
SEATS ARE LIMITED, SO ENTRY WILL BE ON FIRST COME FIRST SERVE BASIS.
KINDLY CARRY A COPY OF CONFIRMATION EMAIL WITH REGISTRATION NUMBER ( PRINT OUT ) WITH YOU AT THE REGISTRATION TABLE TO GET HARI DARSHAN DHOOP PACKET, SAI BABA CDS, SAI BABA PHOTO AND SAI BABA BHABUTI.
Bhandara will start at 8.30 PM.
Wishing you a very Happy New Year 2017
If you have any trouble in getting registration kindly call Ms Sauravi Dutta, General Manager, CMAI +91 8376975258.
With Regards
Thanks Regards
Sauravi Dutta RayGeneral Manager- Operations & CSCMAI & TEMADesk no. : 011-26266211Handheld: +91-8376975258Fax No. : 011-41638766
Shubhankar Sharma bags third title of the year at 15th TATA Open 2016, surges ahead in Rolex Ranking

Jamshedpur, Jharkhand, December 18, 2016: Panchkula’s Shubhankar Sharma bagged his third title of the year in style with a one-shot victory at the 15th TATA Open 2016 played at the Golmuri Golf Course in Jamshedpur. The 20-year-old posted a tenacious four-under-67 in the final round on Sunday to end up with a total score of 20-under-264 at the Rs. 75 lakh event. Delhi’s Rashid Khan fired a last round of six-under-65 to earn the runners-up position at 19-under-265.

Shubhankar, who took the winner’s cheque worth Rs. 11,25,000, thus moved up from fourth to first in the Rolex Ranking. After the penultimate event of the year, Shubhankar’s season earnings now stand at Rs. 36,50,348 giving him a lead of more than Rs. 2.5 lakh over his nearest rival Shamim Khan of Delhi in the Rolex Ranking. Shamim finished tied third at Golmuri along with Bangladesh’s Md Zamal Hossain Mollah at 16-under-268.

Shubhankar Sharma (64-63-70-67), the overnight leader by two shots, had a nervous start to the final round as he missed a chip-putt to bogey the opening hole. However, he got his round back on track with birdies on the second and fourth, making a tough up and down from the bunker on the latter.

Shubhankar never really looked in trouble thereafter as he went on to make three more birdies on the seventh, 12th and 13th largely thanks to some quality chip-putts. He finally nailed a two-footer for par on the closing 18th for a well-deserved victory.

Shubhankar said, “This win is quite satisfying as I feel I wasn’t at my best in the last two rounds. I wasn’t hitting it well at the range this morning. So that was at the back of my mind when I started my round. I then had a nervy start with a bogey on the first and then hit the pole with my tee shot on the third due to which I had to take a re-shot.

“But then things started falling in place and I managed my final round really well. I made some crucial two-putts through the day as my speed control was outstanding.

“I must admit that I wasn’t comfortable till the end as Rashid challenged me till the finish. This win is a huge morale-booster for my pursuit of the Rolex Player of the Year title.

“I relished the experience of playing at the Golmuri Golf Course this week. The layout is great and the course provides a tough challenge even to the professionals. It’s definitely one of the leading championship courses in the eastern region of the country.”

Rashid Khan (69-65-66-65) shot a valiant 65 punctuated by seven birdies and a bogey to end up in second place. He threatened to take the match into a playoff by getting within one shot of Shubhankar but it was not to be as the latter closed out the match with a par on the 18th. Rashid thus moved up from sixth to fourth place in the Rolex Ranking.

Shamim Khan (66) finished tied third at 16-under-268 along with Md Zamal Hossain Mollah (69). Shamim, as a result, conceded his lead in the Rolex Ranking and slipped to second place with season’s earnings of Rs. 33,96,458.

The three players bunched in joint fifth at 15-under-269 were Chandigarh’s Abhijit Singh Chadha, Bengaluru’s Khalin Joshi and Samarth Dwivedi of Greater Noida. Khalin slipped from second to third place in the Rolex Ranking.

Final scores after Round 4 (72 holes):
264: Shubhankar Sharma (64-63-70-67)
265: Rashid Khan (69-65-66-65)
268: Shamim Khan (68-68-66-66), Md Zamal Hossain Mollah (67-63-69-69)
18th December, 2016
CAIT SUGGEST PM TO DECLARE 2017 AS LESS CASH YEAR
The Confederation of All India Traders (CAIT) has suggested the Prime Minister to declare Year 2017 as ” Less Cash Year” in the Country having a prime focus on intensifying adoption of digital payments at all levels by the citizens of the Country. ” In order to encourage people to embrace digital payment technology at both levels i.e B2C and B2B, the declaration of Less Cash Year will certainly prove to be a major announcement”-said CAIT which is strongly advocating the need of adoption of electronic payments since Year 2015 among trading community of the Country.
CAIT National President Mr. B.C.Bhartia and Secretary General Mr. Praveen Khandelwal informed that the CAIT has planned an aggressive 60 days national campaign for promoting traders to adopt digital payments. The campaign will be launched from 1st week of January to last week of February. During the campaign the CAIT will hold Digital Payment Conferences in States which will be attended by leaders of prominent Trade Associations of respective States followed by Digital Payment Camps in markets across the Country for on spot acceptance of digital payments available options.It has also planned a outdoor publicity campaign in association with local trade associations all over the Country taking forward message of faster adoption of digital payments.
Shops & Business establishments are focal point for footfall of large number of people everyday and as such the CAIT will also launch a poster campaign by putting Posters inside the Shops & Business Establishments advocating adoption of electronic payments.Digital campaign of Short Video, Whatsapp Clips will also be conducted for forwarding message of adoption of digital payments down the line across Country through social media. It has also planned various other innovative methods like Less Cash March, Street Plays etc. will be held in markets across the Country, depicting digital payments as an important instrument for conducting business in future.  Seminars, Workshops, Training Camps  will also be held across the Country to educate & aware the traders and others about digital payment solutions.
Both Mr. Bhartia & Mr. Khandelwal said that in the wake of GST taxation system every trader needs to adopt digital payments since under GST, the tax payment is proposed to be made only through Credit Card or Debit Card, NIFT or RTGS. No cash or cheque is allowed for tax payments. On the other hand various State Governments are contemplating to receive government revenue from other sources only through digital payments. Therefore, it will be advantageous for the traders to adopt digital payments at this point of time to enable them to comply with the provisions of GST and that of several other revenues which needs to be deposited with the Government.
at December 18, 2016 No comments:

zeenews.india.com - Mumbai, March 15, 2016: Zee Media Corporation Limited (ZMCL) today announced that its Global English News Channel, slated to be launched this summer, will be called ‘WION - World is One News’. The ...

CalArts names Ravi Rajan president, the first Asian American to be named to the post 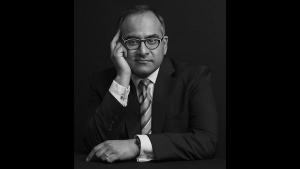 inusanews.com - CalArts names Ravi Rajan president, the first Asian American to be named to the post Ravi S. Rajan, the dean of the School of the Arts at Purchase College, State University of New York, was named p...

infowars.com - Facebook has announced it will empower Snopes, an organization with a clear left-wing bias, to bury so-called “fake news” on its news feed, a move that clearly opens the door for the outright censo...

Fake news is a convenient scapegoat, but the big 2016 problem was the real news 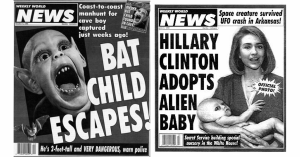 vox.com - Speaking in early December at a ceremony to honor Harry Reid’s retirement from the US Senate, Hillary Clinton took aim at a target that would have been totally unfamiliar to audiences as recently a...

VICE News sues FBI for info on Trump, the Clintons, and Breitbart News

news.vice.com - VICE News is suing the FBI, demanding the bureau release records related to its curious disclosures, behind-the-scenes actions, and apparent leaks in the days leading up to the U.S. presidential el...

dailywire.com - Here we are less than 5 weeks since President-elect Donald Trump's (my four favorite words after "Let's watch Death Wish") shocking victory -- a victory only made shocking due to all the fake news ...

The 'Fake News' Scandal is Fake News - Here's the Truth

heatst.com - Since Donald Trump’s election night victory and at the direction of Hillary Clinton campaign operatives, social media users have been scolded and warned over the scourge of “fake news” from suppose...
All Art & Entertainment → ronpaulinstitute.org - Are you terrified of "fake news"? Don't worry, the elites are doing something to combat it! As anyone active on the Internet is aware, there have been increasing calls for social media companies (F...
All Politics →

uk.businessinsider.com - Facebook is going to start fact-checking, labeling, and burying fake news and hoaxes in its News Feed, the company said Thursday. The decision comes after Facebook received heated criticism for its...
All Business →

rickwells.us - Sharyl Attkisson joined Steve Malzberg for a discussion that included the “propaganda of fake news,” a topic that she included in her current book, “The Smear.” Malzberg offers his views, saying, “...
All Crime →