New Delhi | September 06, 2017: National Alliance of People’s Movements is deeply shocked and shattered at the cowardly and cold-blooded murder of well-known journalist, editor and fearless firebrand activist, Gauri Lankesh who, time and again, locked horns with divisive, communal and casteist forces, in particular the right-wing Hindutva brigade.  We have enough reason to believe that her political assassination is a direct consequence of her publicly expressed progressive positions as well as the lack of conviction of the murderers responsible for the calculated political killings of M M Kalburgi, Govind Pansare and Narendra Dabholkar, even after months and years! It is precisely this tacit and active support by the current regime in India that is further emboldening the right wing Hindutva forces to commit more brazen crimes, against progressive and people’s voices.
Gauri was widely known and loved across Karnataka and the country for her relentless writings, talks and campaigns in solidarity with the oppressed – be it dalits, adivasis, women, students, minorities etc.  As one of the fiercest contemporary critics of divisive politics, she worked hard to counter the growth of Hindutva politics that created an atmosphere of fear and intolerance. Alongside, she also continued to write on and engage with various social and developmental issues and constantly raised her voice against injustices. She extended and expanded by many bounds the legacy of her father P. Lankesh, an eminent journalist and a well known writer and literary critique.
Gauri openly and publicly questioned and challenged politicians, bureaucrats, judiciary, chauvinists and stood by the oppressed.  Her last post on social media on the inhuman denial of refuge to the persecuted Rohingyas by Indian Govt. speaks of her concern and compassion for the oppressed humanity. We salute the conviction and courageous life of Gauri and commit to joins hands with all progressive forces across the country to bring justice to her, her values and intensify our struggle against the silencing of democratic and dissenting voices.
The spate of killings, threats, ban on food and personal choices, books, movies, artistic works and fast spreading atmosphere of hatred against rational, scientific and constitutional temper with tacit support from popular governments to keep their vote banks intact is shameful in a modern democracy. We are constantly being pushed in the dark ages, where rational and critical thinking is being silenced, mythologies are being promoted as science and scientific knowledge and temperament is derided. It is with this tendency to wipe out a secular and socialist outlook in the country that text books are being ‘re-written’ and new dominant Hindutva narrative is being promoted all in the name of cultural and national pride.

It is nothing but an absolute failure of Indian Government that rationalists and human rights defenders are being murdered, one after the other, by fascist forces with complete impunity. As reported by the Committee to Protect Journalists (CPJ), at least 27 Indian Journalists were murdered due to their fearless independent writings between 1992 and July 2016, but the state governments failed to secure a conviction in even one of them ! This is a compete shame for India where journalists, rationalists, fearless and critical voices are important for a positive and progressive change in society.  In her own words, Gauri Lankesh said “Along with that, my criticism of Hindutva politics and the caste system … makes my critics brand me as a Hindu hater. But I consider it my constitutional duty to continue – in my own little way – the struggle of Basavanna and [social reformer] Dr [Bhimrao Ramji] Ambedkar towards establishing an egalitarian society.” There is ample evidence, therefore, suggesting that this is a political assassination since Gauri’s views have not found favour with the Hindutva hardliners and goondas !
NAPM unequivocally condemns the heinous gunning down of Gauri Lankesh and deeply mourns the irreplaceable loss of an outspoken human rights activist and a voice of conscience, communal harmony and sanity. We demand the following:

Even as were are aroused by the outpour of outrage across the country, we call upon media fraternity, people’s organizations and all progressive and concerned citizens to stand up and fight this cowardly act and rise up to the defence of rights, freedom and the constitutional values which are under attack today from right wing fascist forces in a consistent manner. We hope all like-minded persons and groups would to keep the spirit of Gauri Lankesh alive by questioning injustices even when it is committed by the powerful people in power.

Edit"Those who fear the Power of the Pen took to the Gun. Again !"

Your Excellency President Xi Jinping, my esteemed BRICS Colleagues, Distinguished Leaders
I am delighted to be here with you all today. Your countries are close and valued partners of India. And I am pleased to exchange perspectives with you on the shared priority of achieving comprehensive sustainable development. I thank President Xi Jinping for bringing us together for this dialogue.
Excellencies,
Two years since the adoption of UN’s 2030 Agenda and its 17 Sustainable Development Goals, the imperative of collaborative action to achieve the goals is even stronger. Recently in July, India completed its first voluntary national review of SDGs. The bedrock of our development agenda lies in the notion of “SabkaSaath,SabkaVikaas” – that is: Collective Effort, Inclusive Growth. We have mapped each of the SDGs to our own development programmes and scheme, both at the federal and state level. Our Parliament too has taken the initiative to organize Parliamentary debates on SDGs. Our programmes are geared to accomplish these priority goals in a time-bound manner. To cite just one example, our three-pronged approach of providing a bank account to the unbanked, providing a biometric identity to all, and using innovative mobile governance solutions, has enabled Direct Benefit Transfers to almost 360 million people for the first time.

|
Excellencies,
We would like to see such domestic efforts buttressed by strong international partnerships. And, for this, we stand ready to do our part. India has a long tradition of partnerships with fellow developing countries, while pursuing our own aspirations for growth. At every step, we have shared our experience and resources across a range of sectors: from strengthening democratic institutions to deploying high-tech solutions for public good. Earlier this year, we launched the South Asia Satellite to benefit willing regional partners in meeting their developmental goals in education, healthcare, communication, and disaster management. For over half a century, India’s flagship initiative – Indian Technical and Economic Cooperation, ITEC – has offered training and skill development to 161 partner countries from Asia, Africa, Eastern Europe, Latin America, Caribbean and Pacific Island states. From Africa alone, over the last decade, over 25,000 students have trained in India on ITEC scholarships. At the Third India-Africa Forum Summit in 2015, with participation of all 54 African countries, we decided to double the number of ITEC scholarships to 50,000 over a period of only 5 years. The “Solar Mamas” of Africa, trained in India, are lighting up thousands of homes across the African continent. Our growing engagement with Africa has led to the African Development Bank holding its Annual Meeting outside Africa for the first time, in India earlier this year. Our development partnerships projects are providing water, electricity, roads, healthcare, tele-medicine, and basic infrastructure to people in dozens of countries across the world. And, in all of this, our “no strings attached” model of cooperation is driven purely by the requirements and priorities of our partner countries.

|
Excellencies,
The countries present here together represent almost half of the humanity. Whatever we do, will impact the world substantially. So, it is our solemn duty to make a better world – brick by brick, or, through BRICS. Yesterday, I had spoken about the BRICS driving the global transformation in the next ten years for it to be a Golden Decade. I suggest that this can be brought about with our proactive approach, policies, and action, on the following ten Noble Commitments:
1. Creating a Safer World: by organized and coordinated action on at least three issues: Counter Terrorism, Cyber Security and Disaster Management;2. Creating a Greener World: by taking concerted action on countering Climate Change, through initiatives such as the International Solar Alliance;3. Creating an Enabled World: by sharing and deploying suitable technologies to enhance efficiency, economy and effectiveness;4. Creating an Inclusive World: by economic mainstreaming of our people including in the banking and financial system;5. Creating a Digital World: by bridging the digital divide within and outside our economies;6. Creating a Skilled World: by giving future-ready skills to millions of our youth;7. Creating a Healthier World: by cooperating in research and development to eradicate diseases, and enabling affordable healthcare for all;8. Creating an Equitable World: by providing equality of opportunity to all, particularly through gender equality;9. Creating a Connected World: by enabling free flow of goods, persons and services; and,10. Creating a Harmonious World: by promoting ideologies, practices, and heritage that are centered on peaceful coexistence and living in harmony with nature.

|
Through these agenda points, and action on them, we will be contributing directly to the welfare of the Global Community in addition to welfare of our own people. And in this, India stands ready as a willing and committed partner to enhance cooperation and support each other’s national efforts; I look forward to our progress together on this path. I commend President Xi for ably steering the BRICS Chairmanship for the year 2017, and for his warm welcome and hospitality in this beautiful city of Xiamen. I also welcome President Zuma and commit India’s full support for Johannesburg Summit next year.
I thank you. 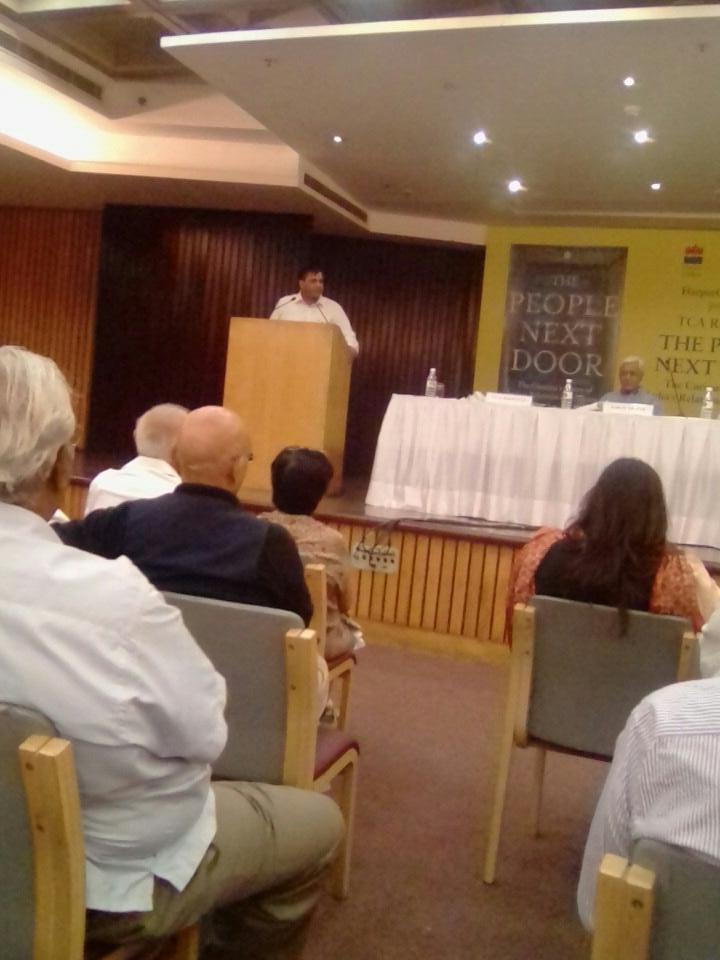 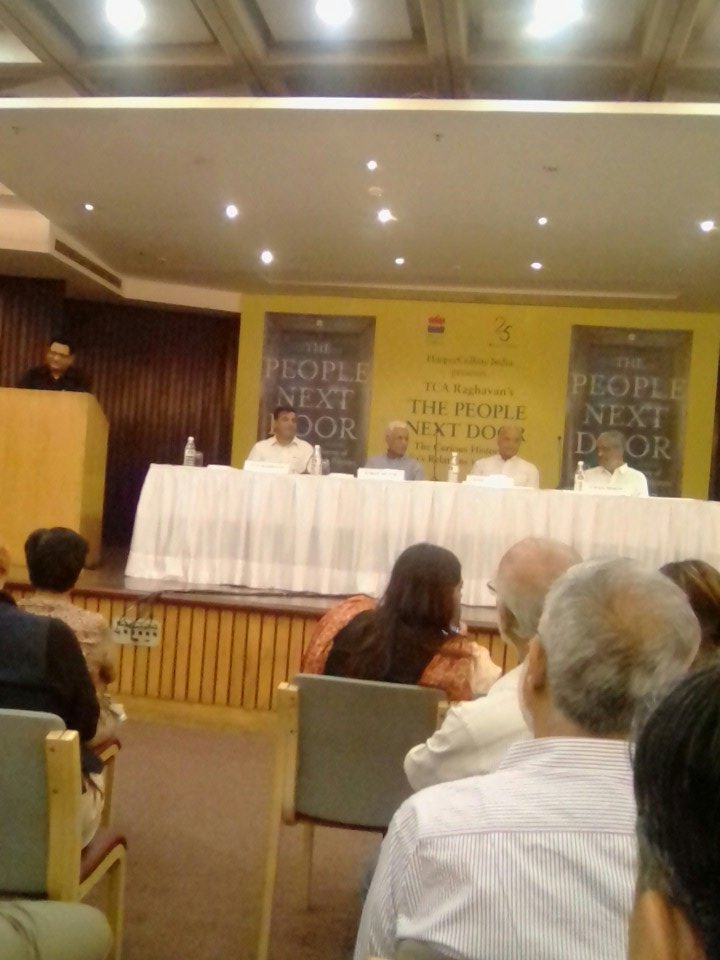 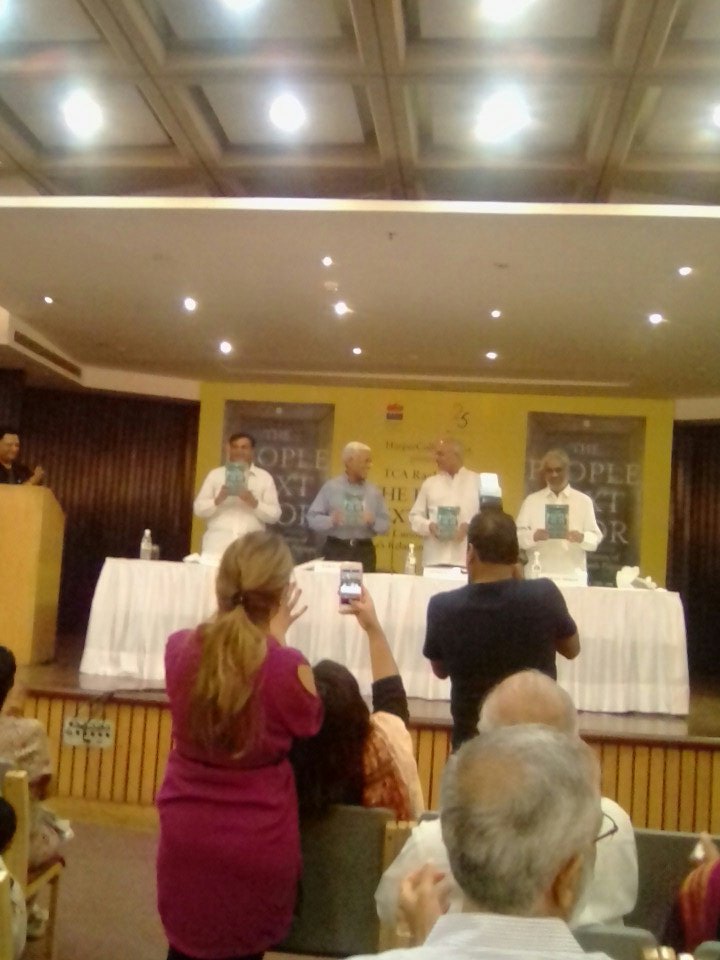 Edit"TCA Raghavan address at Launch book The people Next Doo" 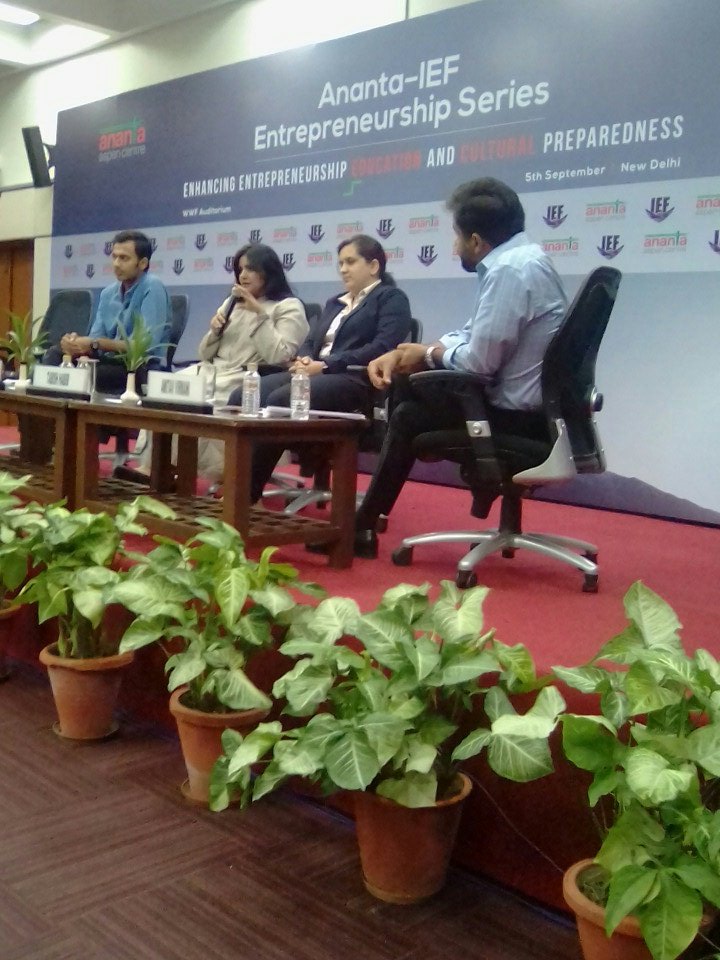 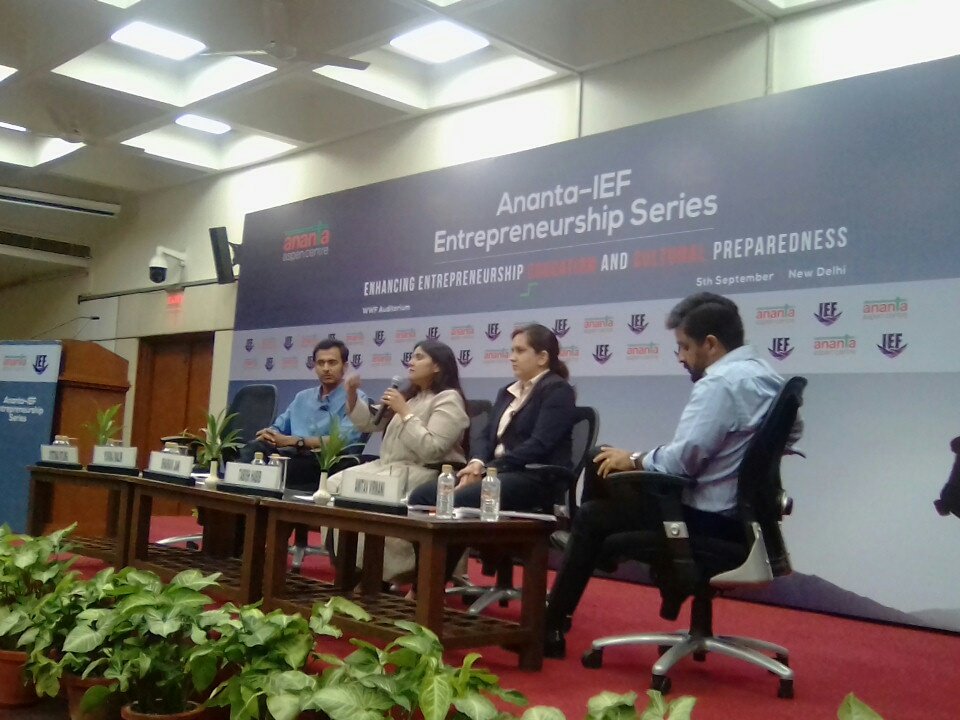 Edit"Anantha- IEF Enterpreunership Series"
at September 06, 2017 No comments: Links to this post