An initiative of the Ministry of Foreign Affairs and International Development, France Alumni was unveiled in Paris by Campus France in November 2014. France Alumni India was first launched in September 2016 by French Ambassador H.E. Alexandre Ziegler in Delhi, while Mr Jean-Marc Ayrault, Minister of Foreign Affairs and International Development, launched the South India section in Bengaluru in January 2017.

The France Alumni West India Network will be launched by the French Counsellor for Cultural Affairs, Mr Bertrand de Hartingh, in the presence of the Consul General of France in Mumbai, Mr Yves Perrin

The launch will see a panel discussion with three alumni from diverse fields sharing how France and French education shaped their career.

Looking ahead to the occasion, Ambassador of France to India, H.E. Mr Alexandre Ziegler said, “The establishment of the France Alumni network will further strengthen the bonds of friendship between former Indian students from France and the France Alumni youth worldwide. We want to stay in touch with our alumni, to help them on an ongoing basis in their various endeavours, and enable them to connect with their batchmates, seniors and juniors. The India alumni community are ambassadors of France. They are instrumental in promoting prestigious French institutions that advance Indian students’ ambitions. By fostering academic and professional partnerships they help create further opportunities for both returning and aspiring scholars.”

Over 1 000 registered alumni members use the France Alumni India network, which connects them to a larger global France Alumni network of over 52,000 members. Members can connect with each other and learn of job offers and internships from over 400 French companies in India, which employ 300,000 skilled Indian workers. Member companies also develop their brand and recruit Indian talents through France Alumni India.

Individuals that have studied in France can register at the digital platform.

The alumni panel discussions will comprise of the following alumni:

Manoj RAO (PhD Mech.Eng.): Manoj Rao, has completed his PhD in France (Lyon laboratory CETHIL), 2011-2015 with CEFIPRA funding (project with IIT Kanpur where he completed his Master’s degree, he is a native of Indore, Bachelor’s degree at the University). He is currently Senior Application Developer – Godrej Innovation and Development Center in Mumbai.
Amitabh TIRIAR: He is the Managing Director at Roquette India and Head of Manufacturing, IMEA. He graduated from ENSAM (Ecole Nationale Supérieure d’Arts et Métiers) Paris Tech and ENSC (Ecole Nationale Supérieure de Chimie) Mulhouse.
Neisha Machado FERNANDES: Neisha is the Country Manager at Hermès and holds an MBA from HEC, Paris.

What the alumni panellists have to say of their academic experience in France:

“It was a great experience to get into a world-class institute like INSA de Lyon, where many opportunities await scholars. The various hurdles and afflictions that were a part of my life as a research scholar have eventually proved to be an enriching experience.”

“France has given me a significant opportunity to enrich my career in Chemical Engineering. The ENSAM, Paris curriculum was holistic with focus on industry-based learning, which provided in-depth understanding of concepts. Besides this, living in France exposed me to people from multiple cultures and ethnicity, which has shaped my perspectives – personally as well as professionally.”

France Alumni is an initiative of Campus France, which operates under Institut français India, the cultural service of the Embassy of France in India.

Visa facilitation is one of the services extended to France Alumni.

Simplified visa procedure: Through its Campus France offices, the Embassy of France in India has simplified visa procedures for Indian students wishing to study in France. Also, visa applications by Indian faculties and officials are now processed as a matter of priority.
Work visa for students: This measure, introduced in May 2012, enables students graduating from French business and engineering schools to extend their stay and acquire work experience in France.
Grant of long-term visas: Since July 2013, Indian alumni with Master’s or higher level degrees from French higher education institutions are being granted tourist or business visas with a long validity period.
Institut français India is the cultural service of the Embassy of France in India. IFI promotes French action overseas via artistic and cultural exchange (including literature, cinema, music) as well as exchange in language, and academic, research and sciences.

Any Indian student can schedule a meeting with a Campus France counsellor, who provides all documentation and advice on studies in France, and, if requested, contacts the student’s target French institutions with their application. Campus France organizes direct meetings between French academies and Indian students in various Indian cities on a biannual basis.

France 24 is a 24-hour international news and current affairs television network, broadcasting in French, English and Arabic to 325 million households across the world. From its newsroom in Paris, France 24 gives a French perspective on global affairs through a network of 160 correspondent bureaus located in nearly every country. The three channels have a combined weekly viewership of 50.9 million viewers (measured in 65 of the 183 countries where the channel is broadcast). Launched in India in 2013, the country now represents the channel’s single largest market. France 24 is available in English in India on Dish TV, Tata Sky, Reliance Digital TV and on more than 200 cable offers.

Ubisoft: French gaming giant Ubisoft, in partnership with Alliance Française de Bangalore officially launched the Ubisoft Gaming Lounge in 2016 at AF Bangalore. A first-of-its-kind space in India dedicated exclusively to Ubisoft video-games, the Ubisoft Gaming Lounge consists of a cozy area of 27 sq. mts. attached to the AF Bangalore library, equipped with a large TV screen and a Playstation 4. Students can play and discover a rich variety of the latest Ubisoft games whilst learning French in the process. 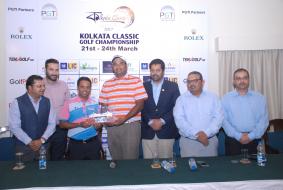 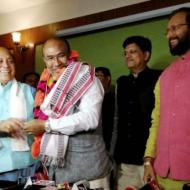 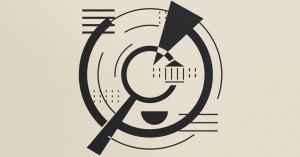 www.nytimes.com - The acknowledgment by James Comey, the F.B.I. director, on Monday that the bureau is investigating possible connections between President Trump’s campaign and Russia’s efforts to sabotage Hillary C...