Berlin — Germany’s Federal Foreign Office and IOM, the UN Migration Agency’s Global Migration Data Analysis Centre (GMDAC) will launch today (15/12) the Migration Data Portal in Berlin. The Migration Data Portal brings together the key facts and figures about global migration trends in one place for the first time.
“Especially in critical times, such as those we are facing today, it is our task to ensure that responses to migration are based on sound facts and accurate analysis,” said IOM Director General William Lacy Swing.
The idea to develop such a portal was first discussed and agreed upon on 12 July 2016, at the 2nd Berlin Roundtable on Refugees and Migration, where the former German Foreign Minister met with heads of international organizations working on migration, including IOM, UNHCR, the IFRC, the EC and the World Bank. The Portal was developed by IOM and with the support of the Economist Intelligence Unit (EIU).
The Migration Data Portal was developed with financial support from the US Department of State and Germany’s Federal Foreign Office.
The portal communicates global data on migration through visualizations, infographics and videos. It simplifies the navigation through complex international migration data for policy makers, journalists, statisticians and anyone interested in migration.
The portal also covers a wide range of topics including data on immigration and emigration trends; the linkages between migration and development; data on irregular migration; students and children; and data on migration policies as defined by the United Nations development goals and background on a global compact on migration expected to be adopted by the UN in 2018.
At its initial stage, the portal features 70 indicators from 15 international data providers (UNDESA, UNHCR and World Bank among others) and aggregates data at the national, regional and global levels. This range offers ample opportunities to explore and compare data while, understanding the context behind it.
“At a time when migration is high on the global agenda, it is essential that everyone has access to the key facts and figures about migration, and that we better understand the strengths and weaknesses of data on migration,” said Frank Laczko, Director of IOM´s Global Migration Data Analysis Centre.
German foreign policy employs a coherent strategy to manage migratory movements more efficiently and to address the root causes of forced migration. For fact-based policies and responses, reliable data are vital to ensure efficient, needs-based humanitarian aid, to counter harmful assumptions and to fight populism.
The development of the Migration Data Portal is a big step forward towards making the multitude of data on migration better and more available to policy makers.
The Migration Data Portal will scale up in coming months, making more data available at the regional and national levels. Visit the Migration Data Portal at: www.migrationdataportal.org
For more information contact Stylia Kampani at IOM GMDAC: Tel: +49 (0)30 278 778 16; Email: skampani@iom.int.

Schedule for first half of 2018 announced

New Delhi, December 17, 2017: The Professional Golf Tour of India (PGTI) is set to become an ‘Open Tour’ from 2018 onward. This would mean there will be no restriction on the number of foreigners on the tour once they earn their cards through the PGTI Qualifying School.

The PGTI had a limit of a maximum of 15 foreign players in each tournament till date. As the PGTI now transforms into an ‘Open Tour’, there will be no such restriction any more.

With the PGTI becoming an ‘Open Tour’ from next season, the tour also hopes to soon align itself with the Official World Golf Ranking (OWGR) system thus attracting world ranking points for all its future events.

The PGTI has also announced its calendar for the first half of the 2018 season. As per the calendar, the PGTI is scheduled to host eight tournaments between the months of January and April. The front half of the year will feature three new events.

The total prize purse on offer in the first half is approximately Rs. 2.8 crore, an increase of Rs. 20 lakh compared to last season.

The 2018 season will tee-off on 24th January with the inaugural Dhaka Open at the Kurmitola Golf Club in Dhaka, Bangladesh. The event worth approximately INR 40 lakh will be tri-sanctioned by the PGTI, Asian Development Tour (ADT) and the Bangladesh Professional Golfers Association (BPGA).

Besides the Dhaka Open, there would be two new additions to the schedule including an event in Delhi NCR.

The PGTI Cochin Masters presented by CIAL Golf Club (Rs. 40 lakh), Golconda Masters (Rs. 40 lakh) and Pune Open (Rs. 30 lakh) are the three established PGTI events that feature in the schedule for the first half.

The two events that return for their second editions are the Chennai Open (Rs. 30 lakh) and the Chittagong Open (Rs. 40 lakh).

The US$ 1.75 million Indian Open, co-sanctioned by the European Tour and Asian Tour, will be the second international event in the first half of the season. The Indian Open, now a PGTI Order of Merit event, is slated to be held from March 8 – 11, 2018.

Naresh Kumar Sagar‏ @Nksagar 4
Sagar Media Inc:Engaging an Expansion China Option for India Ranjit Ghua let India be not kiddy in global strategy . Prof Bharat Karnad CPR, India to liberate to be power in itself, national interestparamount, not to be parasite 2 Superpower.We have to have plans, strategy. Adm Anil chopra talked on importance of  Marine best location 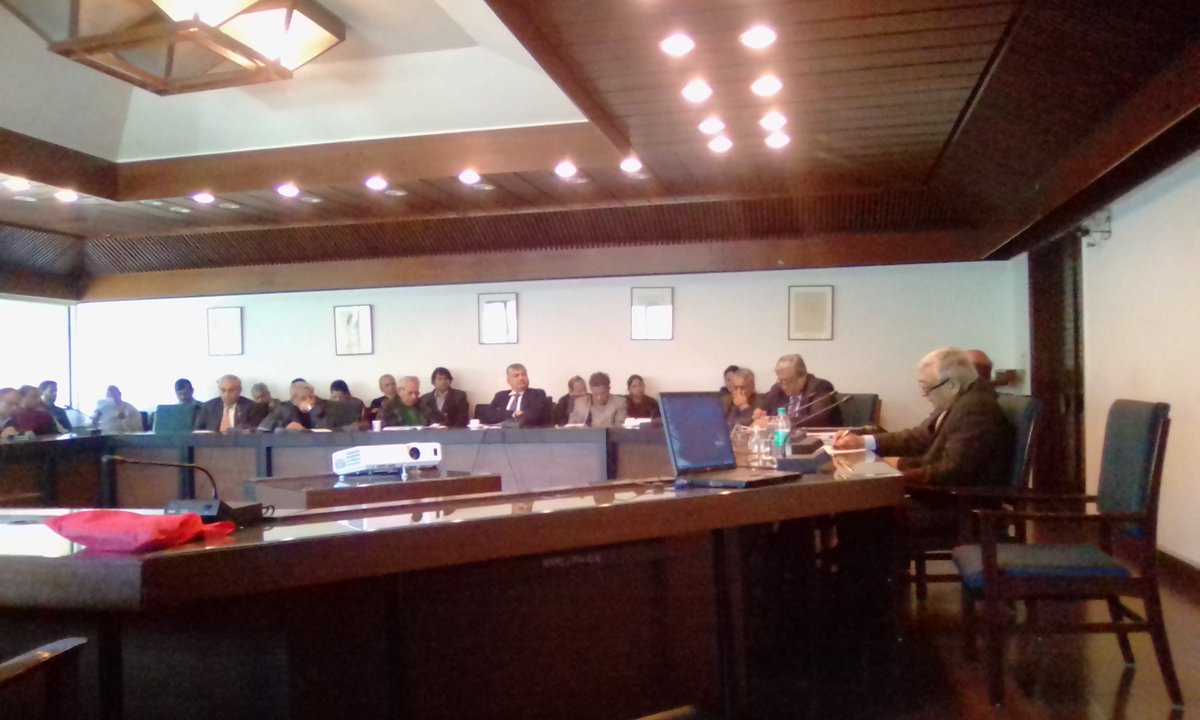 Fourth, Five Generation warfare are needed, further Cyber warfare all are important for the war all Time. 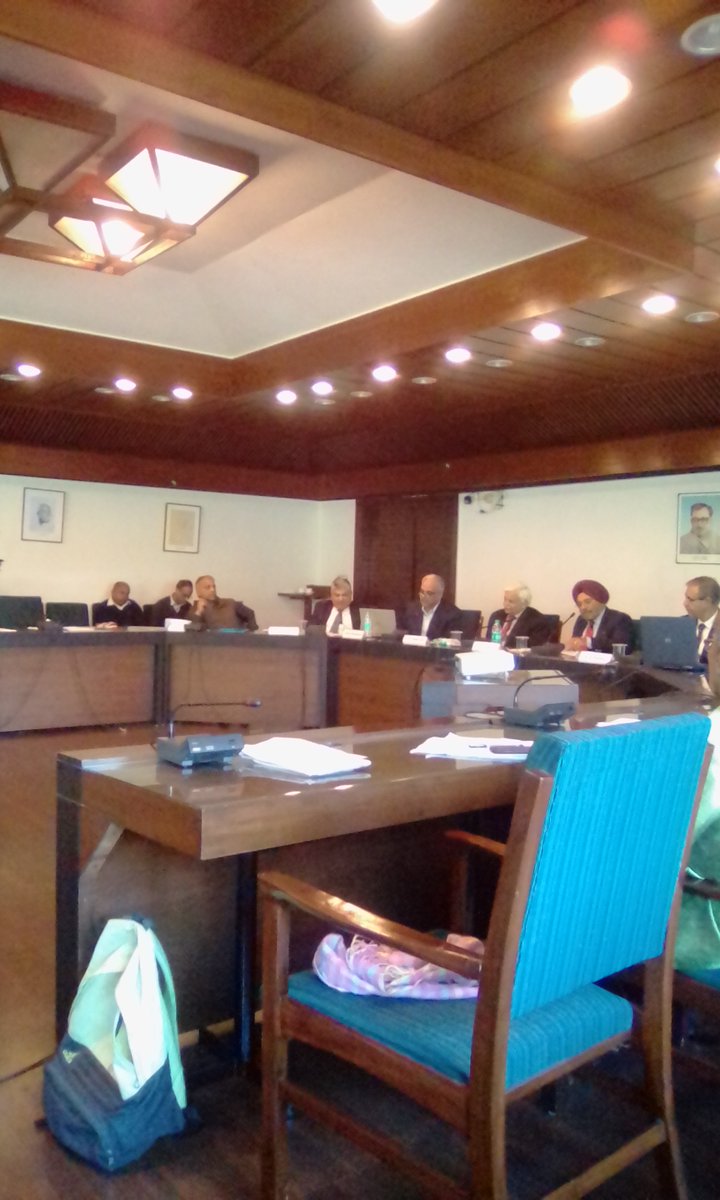 US President Donald Trump and Russian President Vladimir Putin spoke on the phone yesterday after ISIS-inspired terror attacks against the city of St. Petersburg were thwarted by Russia’s Federal Security Service using intelligence provided by the CIA.
According to a statement from the Kremlin, Putin thanked Trump for the CIA’s information on the attacks, which were to take place on Saturday at the Kazan Cathedral in St. Petersburg and other areas of the Russian city. The Federal Security Service said that seven members of a terror cell had been detained for their involvement in the plot, and that a significant amount of explosives, weapons and extremist literature were confiscated.
Vladimir Putin assured Donald Trump that the Russian intelligence services upon receipt of information relating to terrorist threats against the US and its citizens, will immediately transmit to its American colleagues in partner channels, the statement added.
Russian state-run media outlet TASS reported that Moscow initiated the call.In a readout of the call released yesterday afternoon, the White House said Trump appreciated the call and stressed the importance of intelligence cooperation to defeat terrorists wherever they may be. Both leaders agreed that this serves as an example of the positive things that can occur when the countries work together, the readout said.
Honduras has been in political instability and violent protests since the vote, which initial counts suggested that Nasralla had won. The count has been questioned by the two main opposition parties and a wide swathe of the diplomatic corps.
Former Honduran president Manuel Zelaya, who backed Nasralla, immediately took to Twitter, saying Hernandez is not the president and calling for people to take to the streets in protest.
The secretary general of the Organization of American States, Luis Almagro, said on Sunday that serious questions still surrounded the results of elections and had asked for irresponsible announcements to be avoided.
The electoral tribunal of Honduras has declared incumbent President Juan Orlando Hernandez as the official winner of the November 26 presidential vote, saying it had resolved all of the challenges presented to the disputed process. According to the official count, Hernandez beat center-left Salvador Nasralla, a TV star, by 1 point 53 percentage points. In a nationally-televised address David Matamoros, the head of the tribunal said, this means the president elect for the Republic of Honduras for the next four years is Juan Orlando Hernandez Alvarado.
President Juan Orlando Hernandez won last month’s contested election by 1.53 percentage points over center-left opposition candidate Salvador Nasralla, Honduras’ electoral court said Sunday.
“This means the president elect for the Republic of Honduras for the next four years is Juan Orlando Hernandez Alvarado,” said David Matamoros, the head of the electoral court, in a televised address.
Nasralla and his opposition alliance have claimed the November 26 presidential vote was marked by fraud and irregularities.
Nasralla and his ally, former President Manuel Zelaya, have called for renewed protests.
Services Conclave
“Serve India and the World”
Tuesday, 19th December, 2017: Hotel Leela Palace, New Delhi

It gives me immense pleasure to inform you that Confederation of Indian Industry (CII) with the support of the Ministry Commerce and Industry and Services Export Promotion Council (SEPC) is organising the Services Conclave: Serve India and the World on 19th December in Delhi.

The Services Sector is emerging across the world as an enabler of economic growth and inclusion. The sector contributes almost one third of the gross value added, half of the world employment, one fifth of global trade and more than half of the world FDI flows.

In India, the contribution of the Services Sector has grown to more than half of the country’s output today, from 30 per cent of GDP in 1950, contributing 62 per cent of the gross value addition with the growth of 7.7 per cent in 2016-17. This fast emergence has thrown open huge opportunities and challenges for the sector.

Hon’ble Minister of Commerce & Industry, Shri Suresh Prabhu has agreed to deliver the Inaugural Address at the conclave on the 19th of December.

The Conclave will be attended by Policy Makers, Industry Captains, Academicians and other Stakeholders.  The conclave will  also address on “How IT and ICT is catalyzing growth through Digital Platforms and Sports as an emerging subsector which will drive growth, development and inclusion”.

The main components of the programme are:

The Conclave will attempt to bring in the stake holders: Government and Industry on a common platform to discuss and debate on building competitiveness of the Services Sector by,

I take the opportunity to invite you to join us for the Inaugural Session and also nominate your senior colleagues to attend the Conclave.

Look forward to receiving you at the Conclave.