The Congress party has run out of ideas. It has perfected the art of scoring self-goals. The latest example is the Press Conference that its Spokesperson held on 7th July 2016 alleging a telecom scam of Rs.46,000 crores.
Under the well established policy of Government of India, telecom service providers pay to the Government of India license fee and spectrum user charges on a revenue sharing basis. A CAG Report of February 2016 has stated that the six telephone providers, between the period 2006-07 to 2009-10, have under reported their revenues to the extent of Rs.46,000 crores, thereby depleting the share of the Union Government in license fee and spectrum user charges by about Rs.5000 Crores. The CAG Report was received by the Telecom Department in February this year and its supporting documents were received in June 2016 and the same are now being scrutinized so that the Telecom Department can take further action in the matter. As per Parliamentary procedure, the CAG Report is now pending before the Public Accounts Committee.
The pertinent question is how is this a scam of the NDA Government? The under reporting by the telecom service providers relates to the period when UPA was in power. The UPA Government, under its very nose, allowed this under reporting. The Final CAG report pointed it out in February 2016 and only 3 weeks ago have the documents been sent by the CAG to the Telecom Department. Notwithstanding the fact that the issue is pending before the PAC, the Telecom Department, which is processing these documents, will take action. What is act of omission and commission by the present Government? An impropriety took place during the UPA Government for which the present Government will take action.
The question, however, is the pathetic plight of the Congress party. Notwithstanding the fact that this impropriety took place during the UPA Government, the Congress Spokesman made an empty noise about this being an NDA Telecom Scam. Shrillness, non-application of mind and a belligerent rhetoric seem to be the strategy of the Congress party. It is a pity that the Party has been pushed to this desperation. 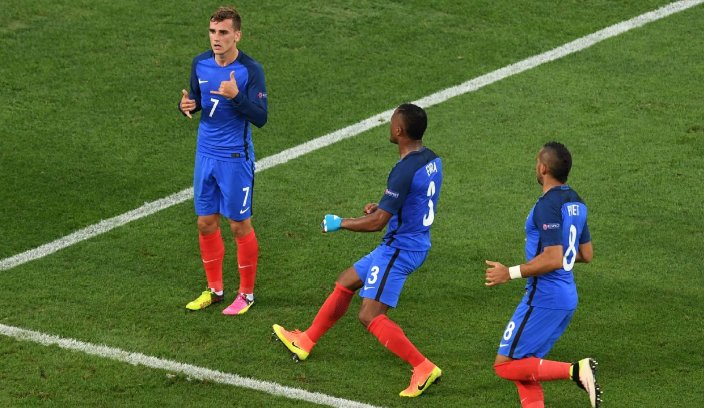 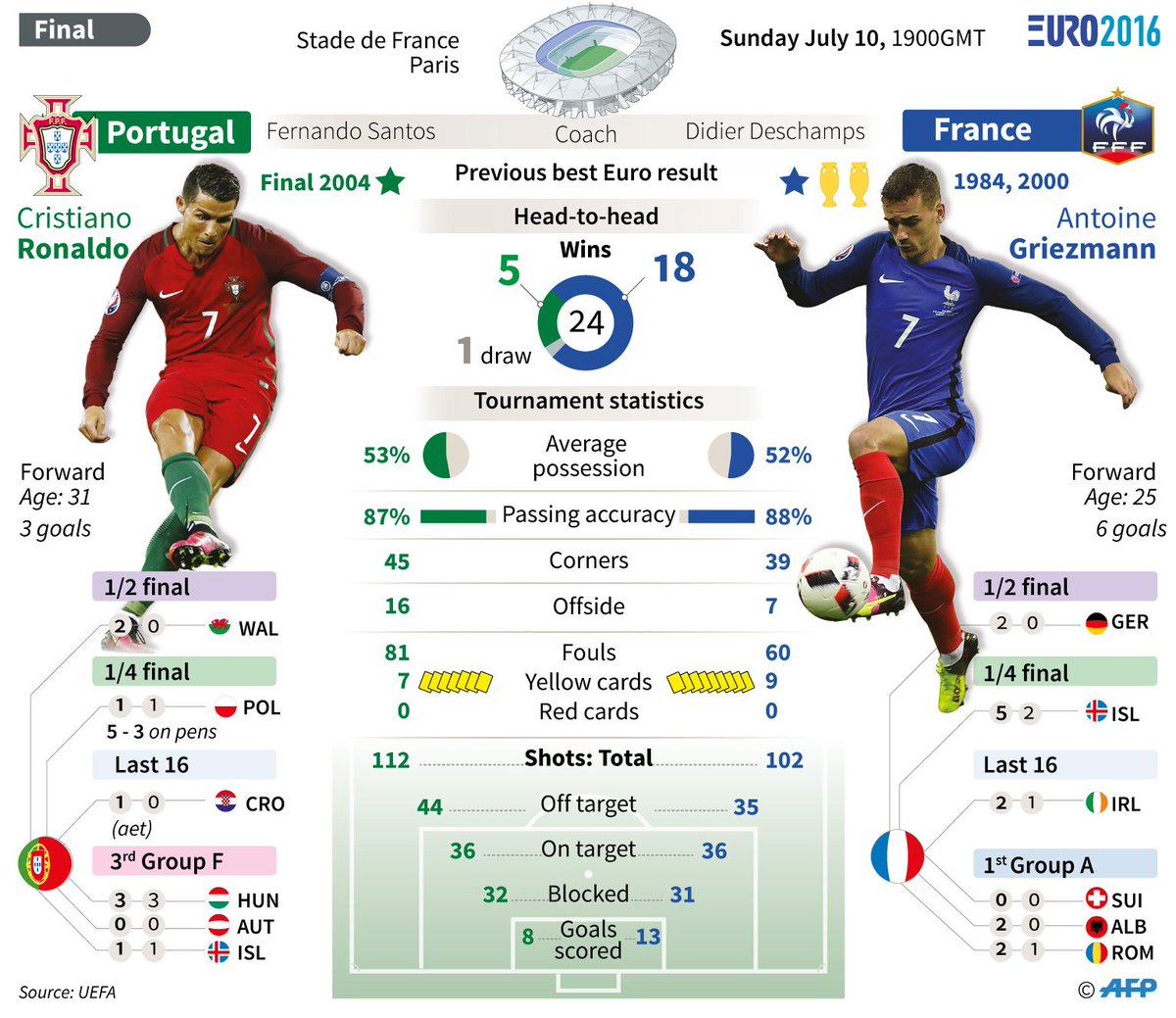 Euro cup, France defeated world champion Germany 2-0 in a pulsating semi-final match at Marseille last night. It will now take on Portugal in the final on Sunday in Paris. It has taken France 58 years to defeat Germany in a major tournament. The hosts look to add another trophy with two European Championship titles in 1984 and 2000 and a World Cup title in 1998. Antoine Griezmann scored a penalty in the first half and another goal in the second half to carry the hosts into the Euro 2016 final. Griezmann becomes France’s new poster boy by scoring two goals and took his tally for this tournament to six goals. He now stands second after Michel Platini in the history of French scoring charts at European Championships.
Britain will start trade talks with India for a bilateral deal as it redraws economic ties with the world after it left the European Union. UK’s Business Secretary Sajid Javid is visiting India this evening where he is scheduled to hold talks with Finance Minister Arun Jaitley as well as Commerce and Industry Minister Nirmala Sitharaman to start the trade talks that will eventually lead to a bilateral deal. UK is the largest G20 investor in India, while India invests more in the UK than the rest of the European Union combined. India has also emerged as the third largest source of FDI for the UK.
At least two people died and 66 others injured after super typhoon Nepartak slammed into Taiwan’s eastern coast today. After the storm made landfall in Taitung County, it weakened to a medium-strength typhoon. Taiwan’s Emergency Authorities said, about 15,000 people have been evacuated and more than 500 flights canceled ahead of the storm’s landfall. The storm is expected to hit mainland China later today.
United States, five police officers were killed and six injured, some of them critically, by the sniper fire during protests against the shooting of black men by police in Dallas. Dallas Police Chief David Brown said three suspects are in custody but are refusing to co-operate with police. The suspect who was involved in a stand-off with police in a Dallas parking garage is now dead, according to multiple US media reports. However, police have not confirmed the death. He was one of four suspects believed to have launched a co-ordinated attack to kill Dallas police officers. The other three suspects are all in custody. The protest i

Harvard Study Confirms The Media Tore Down Clinton, Built Up Trump And Sanders

good.is - It’s no secret that, from the moment she announced her candidacy back in April 2015, Hillary Clinton has been bludgeoned by negative media coverage. The email server; the Wall Street speaking fees;...

The Only Social Media Checklist You'll Ever Need

rebekahradice.com - Contrary to what some marketers think, social media isn’t just a channel to blast out promotional content and drive a ton of website traffic. While that may have been common practice in the past, s... 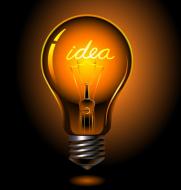 jeffbullas.com - Social media is a hungry beast. The social networks require constant feeding. They need to be thrown a diet of content that keeps readers and viewers coming back for more. This is one of the bigges... 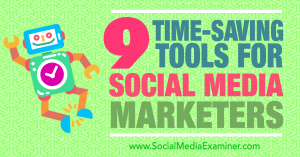 socialmediaexaminer.com - Do you need to spend less time on repetitive social media tasks? Are you looking for tools that let you balance automation with a personal touch? In this article, you’ll discover nine tools to help...

jeffbullas.com - We’ve all been in the situation before where we’ve see an advertisement on television or a social media post from a brand that captivates our attention. Whether its witty, entertaining or just plai...

How are you using Social Media Strategies to your advantage?

6 Ingredients to a Strong Visual Brand on Social Media

jeffbullas.com - In theory, more followers means more eyes on your content… But savvy marketers know that doesn’t always work out. To be effective, you need engaged followers, people who are so interested in your c...

How to Find and Research Your Perfect Media Match

The GOP’s medieval politics: America’s crisis is much bigger than Donald Trump 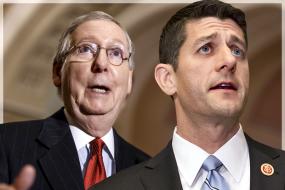 salon.com - As incendiary and dangerous as he is — and he is very dangerous — and as much of a main event as he has been in this election season, Donald Trump is largely a distraction from what really ails our... internetbusinessideas-viralmarketing.com - Marketing with digital media such as, social media, videos, newsletters if performed in an effective way can benefit you by driving website visitors to  take the next step. The next step might be p...

6 Tips to Rock Your Social Media Marketing Strategy in 2016

How Small Businesses Can Profit From Social Media Marketing

electronicintifada.net - Ali Abunimah Rights and Accountability 20 June 2016 The number of Palestinian journalists in Israeli prisons has risen to 21. This includes eight media workers arrested since the start of this year...
All World →

13 Tools To Take Your Blog Writing From Good To Great jeffbullas.com - Congratulations! You’ve written a fantastic blog post…but now what? What will make your blog sink or swim in a sea constantly filling with content? After all you’re competing with with over 20,000 ...
All Science →

socialquant.net - Social media plays a big role in our lives. It creates a safe place to bond with our tribe and create meaningful relationships. If we are smart about it, these relationships grow into massive oppor...

jeffbullas.com - Social media marketing is the latest hyped business marketing method and it is proving to be a very effective way of marketing your business when done correctly. Most chief marketing officers know ...
All #marketing →