IMF hopes to raise up to 500 billion dollars

IMF hopes to raise up to 500 billion dollars for its rescue fund. But nations outside the eurozone are reluctant to take action, saying efforts by the region's members are not enough.IMF Managing Director Christine Lagarde was speaking at the Brookings Institution in Washington on Thursday ahead of annual IMF and World Bank meetings.

Lagarde said European policymakers' efforts to address their sovereign debt crisis have provided some breathing space, but suggested that they should keep up and strengthen their efforts.

Lagarde said some improvement has been seen in the global economic climate but cautioned that risks remain high and the situation fragile. Lagarde referred to support expressed by many IMF members to increase its resources, saying she hopes to see development and progress during next week's IMF and World Bank meetings.
at April 13, 2012 No comments:

Cameron meets pro-democracy leader Aung San Suu Kyi at her lakeside home in Rangoon, Burma, today. Britain is the largest bilateral aid donor to Burma, Cameron says, and that money does not go to the government, it goes to aid organisations.We are committed to Burma, he says. We are a friend of Burma's. You have struggled too long under dictatorship, Cameron says, and we want to be your partners in achieving democracy. Cameron says this is the crossroads of Asia, endowed with enormous natural resources. It shouldn't be as poor as it is today, he says. He is optimistic that if Burma can make these political changes it could then become much more economically successful. Cameron says when the EU sanctions come up "for ending" in April he will argue that they are suspended. That should cover everything except the arms embargo, he says. Let me be clear, he says: there is still much, much more that needs to be done. We know what a long road needs to be travelled between now and 2015, Cameron says. Burma has been crying out for freedom and it is worth taking that risk, Cameron says. Aung San Suu Kyi is asked what the strength is of opponents of democracy. She says she does not know what it is but it does not in any way match the strength of those who want democracy. "I'm a cautious optimist," she says, but she is determined to make sure the will of the people is heard. Cameron says when democracy becomes embedded you can't expect to win 45 byelections in a row. My colleague Nicholas Watt asks if Aung San Suu Kyi is parlaying with the enemy like her father did. She says she is parlaying with people who are no longer the enemy. She says the byelections showed a revolution of the spirit in Burma. Cameron says he has invited Aung San Suu Kyi to come to the UK in June and he hopes she will be able to leave Burma and then return to Burma. She says two years ago she would have said she couldn't go (because she wouldn't have been allowed back) - but now she can say: "Perhaps." And that is progress, she says. Aung San Suu Kyi is asked about the disappointments of the past. She says they were not disappointments, they were setbacks; she and her colleagues had to take risks then, and they have to take risks now. Cameron says he can't speak for the regime to say why they are opening up now, but he notes that in Burma's neighbours democracy and economic growth are going hand in hand. There is much more we need to do - we will keep that pressure on, he says. If we really want to see freedom and democracy in Burma, we should respond when they take action, Cameron says. Cameron is asked if suspending sanctions removes the pressure on the government to keep reforming. I think it's right to respond positively to the steps the president has already made, Cameron says. But suspending the sanctions rather than lifting them is the right thing to do, he says. Let's not forget how far things have come, he says. We are standing in a house where you were under house arrest for decades, he says, addressing Aung San Suu Kyi. I am very, very happy to welcome all of you, not just the prime minister, to Burma, and as this is the time of the water festival, it is a good opportunity to wash away all your sins, if you have any, she says.Media agencies
at April 13, 2012 No comments:

Young FICCI Ladies Organisation YFLO an affiliate of FICCI ,conferred the "YFLO Raga Young Women Achiever Awards 2012' recognizing those who have distinguished themselves in public life.


Lara was conferred the FICCI Young Achievers Award in the capital for her contribution to cinema..Many other leading dignitaries were awarded in their respective  field for their contribution and the role women played with excellence  a role model for others to emulate with wide canvas covering all walks of life.

In recent years, MPVs have emerged as the fastest growing sub-segment among UVs, showing a growth of around 20 percent (3-year CAGR). MPVs presently account for around 10 % share of the Indian automobile industry. Ertiga is positioned as a Life Utility Vehicle.

Speaking at the launch, Mr. S. Nakanishi, Managing Director and CEO said, "Ertiga is a major step forward for Maruti Suzuki. Many urban families in India are now looking for a vehicle that offers more space and flexibility than a sedan, without being bulky, bland and expensive like a Utility Vehicle.These families are currently having to compromise, and settle for a vehicle which does not meet their lifestyle needs. The Ertiga is designed for these customers. Itis another example of our ability to pack power, performance, space and features in a compact package."
Global launch

On the first glimpse, the Ertiga displays the distinct UV outline, but under the monocoque frame lies the car DNA which makes Ertiga special.

The Ertiga is an attractive option for customers looking to upgrade to a sedan. Besides, families who had to earlier settle for Utility Vehicles now have an option that is stylish, plush, spacious and attractively priced.

The initial test drive reports on Ertiga have complemented its car like ride and handling capabilities while offering UV like space, and power, performance, fuel efficiency.

With the K14B unveiling, Maruti Suzuki strengthens its acclaimed K-series engine portfolio. K14B is the third engine in the K-series technology introduced by Maruti Suzuki. The earlier K-series engines, K10B and K12M, power most of the Company's high selling models. 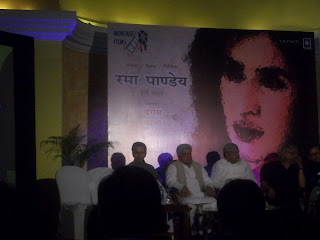 Begum Bano aur Khatoon talks about the trail and tribulation of Indian Muslim women. It’s about their struggle, resilience and their success story. The book carries with itself seven incidences which are heart touching and sensitive. The book celebrates the strength and courage of Indian Muslim women. The author has very closely followed these women and was awestruck with their desire to change their lives’ for a better tomorrow. The book consists of real life stories of Muslim women of modest traditional background who mustered courage and determination to fight for their rights and went ahead to live their lives with dignity. The incidences imprinted in the book have been composed in the ‘drama’ style of literature.

Commenting on the launch of her book Ms. Rama Pandey said, “This book actually reveals the current situation of Indian Muslim women who are often not given the opportunity to prove their real worth. Begum, Bano aur Khatoon is like a dream coming true for me. I have followed these women very closely and now is the time to celebrate & salute their success. They are path breakers, fighters and achievers in true sense”.
Begum Bano aur Khatoon depicts range of emotions and establishes the emerging face of our society. Different stories highlight the zeal among these women who strive to dream and are determined to change their lives. The journey from a house wife to an entrepreneur; riveting story of entering unconventional profession and becoming Criminal Lawyer; fighting the curse of Talak (Divorce) and giving hope to others; a parachute jumper fighting the boredom of household chores whose husband is away working in Saudi Arabia and a girl athlete whose pre conditions on her Nikaah shocks the society.

FIEO,eBay and PayPal tie up to boost Indian retail exports


FIEO President Rafeeque Ahmed advised the exporters to take to aggressive market strategies.He further said,"Exports through e-commerce in the last three years have increased by 400 percent to $1.4 billion. It is expected to grow many-fold in the coming years," he said the tie-up with eBay and PayPal would provide FIEO members an access to a target audience of over 100 million active eBay and PayPal users across the world.Ahmed said the tie-up would help especially the small and medium enterprises, who don't have enough resources to reach to customers outside the country."The marketing effort, which is quite a costly affair, will be drastically reduced for these companies with elimination of markup cost of intermediaries,"President said.

PayPal country manager Mayur Patel said: “As the exporters are able to reach the customers directly, there are no middlemen and it's a win-win for both parties.”
eBay India, which has over three million users in the country, is in talks with cargo service providers like DHL and FedEx for decreasing the transportation cost of logistics sold via online, eBay Country manager Muralikrishnan B said.

MSME Exporters have raised concerns of not getting refunds like duty drawback, when they use electronic payment options.“We have requested the Directorate General of Foreign Trade to recognise retail exports and extend export benefits to these exporters to help encourage exports through this channel,” Ahmed said.
at April 13, 2012 No comments: