India needs FTAs, can’t have wall around itself: Sharma

Recep Tayyip Erdogan lashes out after new round of protests

29122013
Standard
DEC29
Standard
Iran is ready to consider opening the European Union (EU) embassy in the Iranian capital Tehran if the EU submits a formal request, Iranian Foreign Ministry spokeswoman said here on Saturday.
“Given the importance and capacities of the Islamic Republic of Iran in the region, some members of the EU have expressed willingness to open a (diplomatic) mission in Tehran,” the spokeswoman Marzieh Afkham told Tasnim News Agency.
“In case Tehran receives a formal request (from the EU) in this regard, it is prepared to study the issue within the framework of the current relations,” she was quoted as saying.
Western media reported that the EU member states have shown willingness to open an embassy in Iran.
DEC29
Standard
DEC29
Standard
U.S. Secretary of State John Kerry will return to the Middle East next week to discuss Israeli- Palestinian peace talks, the U.S. State Department said Saturday.
The top American envoy will travel on Wednesday, the New Year’s Day, to Jerusalem to meet with Israeli Prime Minister Benjamin Netanyahu, and to Ramallah to meet with Palestinian President Mahmoud Abbas, State Department spokesperson Jen Psaki said.
“In these meetings, he will discuss the ongoing final status negotiations between the Israelis and Palestinians, among other issues,” Psaki said in a statement.
The forthcoming trip will mark Kerry’s tenth trip to the region since taking the top diplomatic job.
Peace talks between Israel and Palestine were restarted under the brokerage of Washington in late July with a view to finalizing an agreement by the end of April next year, but blames traded by the two sides have brought the talks to a halt.
Israeli media reported on Wednesday that Netanyahu was expected to announce construction plan of thousands of new housing units in the settlement, close to the upcoming planned release of 26 Palestinian prisoners.
Palestinian chief negotiator Saeb Erekat said Thursday that Israel would destroy the peace talks if it announces any new plans for settlement construction in the West Bank and Ea
DEC29
Standard
DEC29
Standard
AAP govt transfers power, finance secy, CEO of Delhi Jal Board
They should be given time to show their efficiency, I wont comment on him replacing officers: Kiran Walia (Congress) 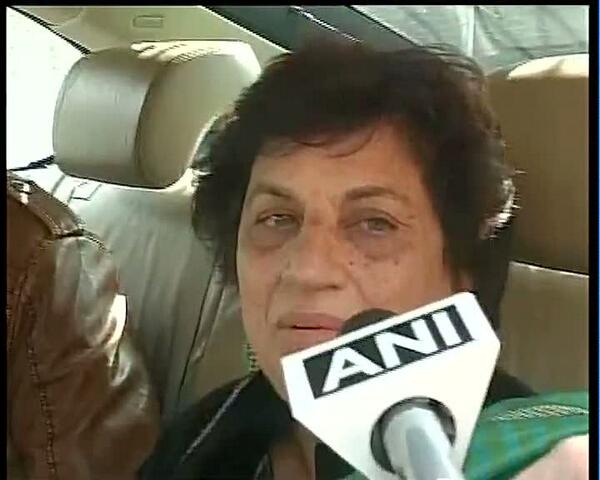 Assad tells Pope he is ‘ready for peace talks’

Syrian President Bashar Assad, in a private message to Pope Francis, said the Syrian government is ready to participate in the Geneva-2 peace conference next month. However, Assad added that outside countries‘must stop supporting terrorist groups in the country’s civil war,’ reports Syria’s state-run news agency. “The crisis will be solved through national dialogue among the Syrians and under a Syrian leadership, without foreign intervention so as to enable the Syrians to determine their future and leadership through ballots,” the message stated. The Syrian president also expressed his appreciation for how Pope Francis has recently called upon ceasing violence and suffering in Syria, state-run SANA reported.

Two rockets were fired from Lebanon at northern Israel, causing no injuries or damage on the ground. Israeli military said they responded with artillery fire to the source of the rocket attack. Meanwhile Lebanese media said Israeli tanks shelled the border area, from which the rockets had been fired. The Israeli-Lebanese border has been mostly quiet since the 2006 war between Israel and the Lebanese militant movement, Hezbollah. But lately tension sparked after a Lebanese army sniper killed an Israeli soldier across the border.

China has transferred $5 billion in credits to Venezuela under a deal reached in September, Venezuelan President Nicolas Maduro said. The money will be used for an ambitious housing project, Gran Mision Vivienda, he said. It will also be used for transportation, satellite technology and the military, he added. Chinese money is funding 201 different projects in Venezuela. The Latin American country has received some $36 billion from Beijing since 2007, when a joint investment fund was established.

Turkish PM Recep Tayyip Erdogan says he will not step down after the corruption scandal that have forced the resignations of three ministers. The ministers’ sons were among those detained as part of a huge corruption probe. On Thursday thousands of demonstrators took to Turkey’s streets demanding the resignation of Erdogan. However, the Turkish PM called the corruption allegations a “smear campaign” and urged his voters to support his political party in local elections next month.

There is no evidence suggesting that Al-Qaeda or any other terrorist organization took part in the 2012 attack on the US consulate in Benghazi, Libya, The New York Times has revealed. The new report argues that it was actually the US-made movie ‘Innocence of Muslims’ that fueled the attack, adding that the assault on the consulate did not appear to be “meticulously planned, but neither was it spontaneous or without warning signs.”The report is based on interviews with Libyans in Benghazi who had direct knowledge of the attack.

Thousands still without power in US, more snow feared

Around 30,000 people are still without power across the US, following an ice storm in the Midwest and Northeast. However, some progress has been made toward restoring power. For example, 210,000 homes and businesses in Michigan were initially without electricity, but that number has since been lowered to 17,600, NBC News reported. Recovery efforts may soon experience delays though, as more snow is forecasted for Sunday.

Production was shut down at the Statfjord A platform in the North Sea following an oil and gas spill on Saturday. Half of the 168 members of staff on board were evacuated by helicopter, Reuters cited the platform’s operator, Statoil, as saying. Statfjord A is located on the UK-Norway border. “The leak was reported at about 4.40 p.m. It had occurred some 10 minutes before,” Statoil spokesman Kjetil Visnes said. No injuries were reported and the incident was said to be over by 6:20 p.m. local time. Visnes refused to clarify how much oil and gas the platform was producing when the accident occurred. According to Reuters, the oil field produced about 129,000 barrels per day in December and was projected to produce the same amount in January.

The EU has voiced concern over the corruption scandal in Turkey which resulted in the replacement of nearly half the cabinet by Prime Minister Recep Tayyip Erdogan. European officials have urged Turkish authorities to resolve the conflict “in a transparent and impartial manner.” EU Enlargement Commissioner Stefan Fule welcomed an Ankara court ruling that rejected a government decree which would have required police and prosecutors to inform their superiors about investigations. If implemented, the government decree would have “undermined the independence of the judiciary and its capacity to act,” Fule said.

Tens of thousands of opposition supporters took to the streets of Niger to protest what they said was the failure of President Mahamadou Issoufou to improve living standards in one of the world’s poorest countries, Reuters reported. Police said some 20,000 people took part in the rally, with organizers putting the figure at 30,000. The demonstration is the first public show of strength by the Alliance for the Republic, Democracy and Reconciliation in Niger (ARDR), a coalition of 15 opposition parties formed in October. Last month, a Niger court lifted a government ban on opposition marches.

A 5.8 magnitude earthquake hit 80 kilometers off Turkey’s south coast at 5:21 p.m. local time on Saturday, according to the US Geological Survey. The earthquake’s magnitude was measured at varying levels, with Turkey’s seismology center saying that a 6.1 quake had hit the Mediterranean coastal province of Antalya. The epicenter had a depth of 51.1 kilometers. The quake could also be felt in Cyprus, witnesses told AP. There have been no reports of casualties or damages thus far.

Over 130 flood warnings remain in place across UK

More than 130 flood warnings remain in place across the UK after severe showers hit western and southern England, the country’s Environment Agency said. In 34 areas, residents were urged to take immediate action. Showers have been forecast to mainly affect western and southern England, Wales and parts of Scotland before a light storm, expected the next day. The Meteogroup has said it will not be nearly as bad as the two major storms that lashed Britain over Christmas, leaving hundreds of homes flooded.

Thousands of Korean rail workers have protested in downtown Seoul against the government’s plans to set up a separate entity, which would run a new bullet train line. Workers believe it is the first step towards privatization and massive layoffs. More than 50,000 unionized workers of the state-run Korea Railroad Corp. (KORAIL) have been off the job since Dec. 9. While organizers estimated 100,000 people attended Saturday’s protest, police put the number at 20,000. The protests were the largest of their kind seen in Seoul in recent years.

Syrian President Bashar Assad has sent Pope Francis a private message, according to the Vatican. The message, which “illustrated the position of the Syrian government,” was delivered by a delegation, headed by Joseph Sweid, a Syrian minister of state. In the Vatican, the delegation held talks with the pope’s secretary of state, Archbishop Pietro Parolin and his foreign minister, Archbishop Dominique Mamberti.
at December 29, 2013 No comments: Links to this post