New Delhi, 26th September 2014: The Indian Shooting contingent at the 17thAsian Games, currently underway at Incheon, South Korea, won their first Silver medal today, when the Men’s 25M Centre Fire Pistol Team, comprising of Pemba Tamang, Gurpreet Singh and Vijay Kumar finished second with an overall score of 1740 in the final. The Chinese team shot 1742 to take the Gold while hosts South Korea settled for the Bronze medal, just a point behind India. This was India’s eighth medal from the Shooting range in seven days of competition. Their tally from the sport now stands at one Gold, one Silver and six Bronze medals.
The trio however finished outside of the medals in the individual section of the event, where Pemba finished eighth with a score of 581, Gurpreet ninth with 580 while Olympic Silver medalist Vijay Kumar ended 12th, having shot an overall score of 579.
In other news from the Ongnyeon International Shooting Range, Lajja Goswami qualified for the finals in the Women’s 50M Rifle 3 Postions event, but could only finish seventh, shooting an overall score of 401.6. The Indian women’s team in the event comprising of Lajja, veteran Anjali Bhagwat and Tejaswini Muley, had earlier finished sixth, with a combined score of 1722. China took the Team Gold in the event shooting a total of 1737.
Edit : Edit
Comments : Leave a Comment »

This message was sent to nksagar_1@yahoo.com from Prime Minister’s Office through no-reply@sampark.gov.in Forward
Edit : Edit
Comments : Leave a Comment »

Three young talented girls of Delhi came together pursuing their passion towards music and formed their own band ‘;JUGAL BANDIYAN';. The melodious voices of preeti nagrajan, shalu mehra and reshma das were launched by paramjeet singh';s golden melodies pvt ltd in a grand ceremony at ‘;The PARK HOTEL’

; situated on sansad marg.
Each girl specializes in different genres. While Reshma touches the soul through sufi songs, preeti and shalu leaves the listeners spell bound by their old and new songs respectively.
People grooved to their songs in the launch ceremony and liked their fresh voices. ‘;Maahi ve'; and ‘;Nisha'; in particular were huge hits.
Shalu mehera and preeti nagrajan are also classical dancers, the later being trained by the famous Birju Maharaj. Whereas Reshma have received her training in classical singing by Pandit Baldevraj Vermaji of indore gharana.
Its been quite some time since the last girl band was launched in the country and this might be the step  needed for breaking the shackles and start of a new trend.
Nilofar
Chief editor
G3 Fashion Magazine
nilofar.mbahr@gmail.com
Edit : Edit
Comments : Leave a Comment »

27092014
#ENDviolence #ItStartsWithMe
Recently launched data on violence against children reveal:
-          21% of girls in India, 12 million[1], have been subjected to physical violence since age 15
-          4.5%  of girls aged 15 to 19, 2.6 million, have suffered some form of sexual violence.
-          13% of girls aged 15 to 19 married or in union suffered from sexual violence[2].
We at UNICEF India invite you to join hands with us and take a step to #ENDviolenceagainst children. This campaign aims at raising awareness about different forms of violence, including physical, emotional, sexual and child marriage.
Every child has the right to a happy childhood free of violence and we would like you to help us spread the message. We are largely bystanders, onlookers. We love passing the buck to others, “You should…”, “The Government should…”, “Society won’t…”, breaking away from social messages that transfer the onus of action to everyone out there, this campaign’s umbrella theme cut across the US and THEM divide and talk in first person.
I can #ENDviolence because #ItStartsWithMe
Ending violence against children is a challenging task as often they suffer in silence and many times adults turn a blind eye to the problem. It can only be ended by collective realization and empowerment. UNICEF believes that we all are catalysts of change within society and have an important role to play.
Kareena Kapoor, Virendra Sehwag, Priyanka Chopra, Rahul Bose, Madhuri Dixit Nene, Farhan Akhtar and Saina Nehwalhave come on board and are supporting the cause. Watch the video: http://unicf.in/ItStartsWithMe-AllStars
Edit : Edit
Comments : Leave a Comment »

New Smartphone with Irresistible looks and style
New Delhi, September 27th, 2014: Samsung Electronics Co., Ltd. unveiled its new design approach today with the Galaxy Alpha, the latest addition to Samsung’s Galaxy smartphone line. The Galaxy Alpha features a sophisticated design in a carefully constructed compact body with a metal frame and a solid finish offering a flagship Galaxy experience. The elegant and sophisticated Galaxy Alpha delivers exceptional performance, making it the optimal convergence of style with cutting-edge technology.
Elated at the launch of new device, Mr. S.K. Kim, Managing Director, Sales, Samsung Electronics, India said, “As the market leader, Samsung has significantly contributed to the market growth by setting new benchmarks in offering the best-in-class technology and products. With the launch of Galaxy Alpha, Samsung is announcing a new design approach to satiate customer demands for an irresistibly stunning and stylish product. This revolutionary product will change the dynamics of the premium smartphone segment in India.”
“The Galaxy Alpha was built and designed based on the specific desires of the consumers,” said Mr. Asim Warsi, VP, Mobile & IT, Samsung India. “With an entirely new appearance, the Galaxy Alpha focuses on both beauty and functionality combining a stunning metal frame and slim, light weight design with the same powerful hardware and features users expect from a flagship Galaxy mobile device.”
Setting a New Standard for Samsung Galaxy Design
Concentrating on elegant aesthetics and compact construction, Samsung has taken a fresh approach to design with the Galaxy Alpha, created for consumers to express their unique style. The artisanal beauty of the Galaxy Alpha features an irresistible design with a metal frame, elegantly curved corners and a tactile soft back cover. In addition, it is visually balanced, with the perfect contrast of both a calming, soft matte finish and an eye-catching reflection from the metal frame. At 6.7 mm, the Galaxy Alpha is the slimmest Galaxy devices ever. The unique compact construction and light weight provides consumers with maximum in-hand grip and control.
Powerful Samsung Galaxy Experience
The slim and light Galaxy Alpha provides users with the same powerful hardware and software features that users expect from a flagship Galaxy mobile device. The Galaxy Alpha is equipped with a brilliant 4.7-inch HD Super AMOLED display for an unrivalled viewing experience and is powered by an Octa Core processor which delivers high performance via Advanced Multiprocessing, alternating between the cores as per the workload.
The 12 MP (rear) / 2.1 MP (front) advanced camera eliminates the need to carry a standalone camera with features like Shadow free HDR, Phase Detection and Selective focus. The Galaxy Alpha also includes innovative features such as Ultra-Power Saving Mode, S Health, Finger Print Scanner, Private Mode, Heart Rate Monitor and connectivity with the latest Samsung Gear Fit, Gear 2, Gear 2 Neo, and the recently announced Gear S wearable’s. The Galaxy Alpha supports 4G, LTE CAT 6 which supports upto 300 mbps download speeds.

Samsung Electronics Co., Ltd. is a global leader in technology, opening new possibilities for people everywhere. Through relentless innovation and discovery, we are transforming the worlds of TVs, smartphones, tablets, PCs, cameras, home appliances, printers, LTE systems, medical devices, semiconductors and LED solutions. We employ 286,000 people across 80 countries with annual sales of US$216.7 billion. To discover more, please visit www.samsung.com.
We recommend
X
You should check this out
Glispa

Man trashes hotel room after pizza did not arrive
BWNToday

17-year-old sleeping beauty sleeps 64 days in a row
BWNToday
You should check this out
Glispa
Brought By priceoChoP
Edit : Edit
Comments : Leave a Comment » 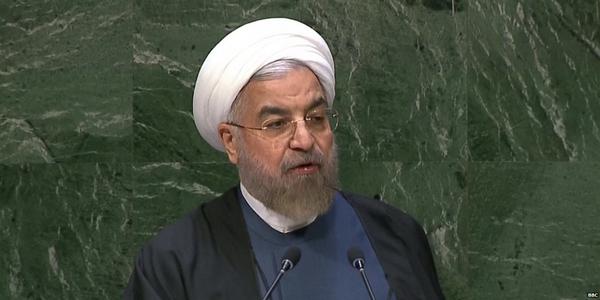 cordially invites you to the

Dr. Nagesh Kumar, Head, ESCAP South and South-West Asia Office
Dr. Alok Sheel, Secretary, Economic Advisory Council to the Prime Minister
Professor N.R. Bhanumurthy, National Institute of Public Finance and Policy
As Asia-Pacific  economies  are  experiencing  yet another year of subdued growth,  the United Nations Economic and Social Commission for Asia and the Pacific   (ESCAP)  is  calling  for  the  removal  of  domestic  structural constraints  and the unlocking of fiscal space to help stimulate growth and support social development.
Structural  constraints,  such  as infrastructure and development deficits, along  with  external challenges, are keeping the region from realizing its economic potential, according to the Economic and Social Survey of Asia and the Pacific 2014, the annual flagship publication of ESCAP which is the  most  comprehensive  and  oldest annual review of economic and social development  in  the region.
With   constrained   growth   prospects,   productive  and  countercyclical government   spending  is  critical  in  supporting  inclusive  growth  and sustainable  development.  One of the most pressing issues for any country determined  to  invest  in development is to raise the necessary resources, the  Survey  notes,  which  explores various options of mobilizing domestic resources, with a particular focus on tax revenues.
Growth in South and South-West Asia is forecast at 4.7 per cent in 2014, from 3.9 per cent last year, according to the Survey. India is projected to grow at 5.5 per cent in 2014, compared with 4.7 in 2013.