Japan launched a satellite today to help build a high-precision geolocation system that will complement the US-operated Global Positioning System (GPS).
Footage by the Japan Aerospace Exploration Agency showed, a H-IIA rocket blasting off at 9:17am local time from the Tanegashima space centre in southern Japan carryingthe “Michibiki” No.2 satellite.
Satellite geolocation systems, initially designed for the US military, now power countless civilian applications, from car navigation to Internet browsing on mobile phones.
Japan aims to build its version with four satellites focusing on the country and wider region. The first satellite was put into orbit in 2010 and the third and fourth are to be launched by March 2018 to start the service.
Historian Ramachandra Guha who was appointed by the Supreme Court as one of the four administrators of BCCI, today informed the court that he had resigned from the post due to personal reasons.
A vacation bench of Justices M M Shantanagoudar and Deepak Gupta was informed by Guha’s counsel that he had tendered his resignation on May 28 to Chairman of the Committee of Administrators of the BCCI Vinod Rai.
The court said a special bench was seized of the matter and the petition should therefore be filed in the registry.
The apex court had on January 30 appointed a four-member committee of administrators headed by former Comptroller and Auditor General Vinod Rai to run the affairs of BCCI.
Managing Director of Infrastructure Development Finance Company Vikram Limaye and former Indian women cricket captain Diana Edulji were the other administrators appointed by the Supreme Court. 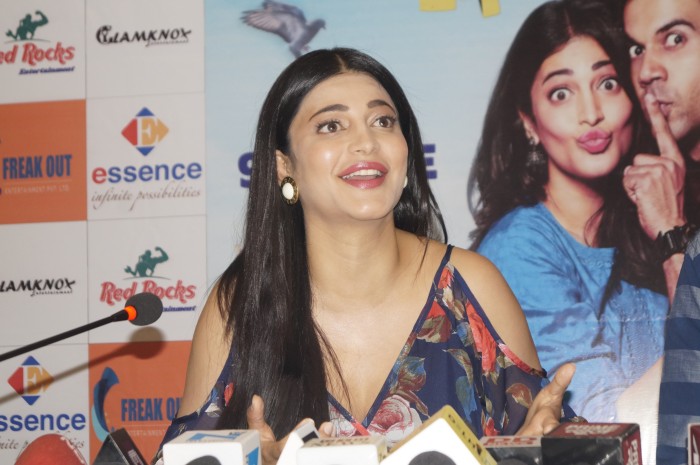 As everyone is aware of controversy leaded for the upcoming comedy flick Behen Hogi Teri, therefore, the leading lady of the movie Shruti Haasan promoted her film in nation’s capital Delhi. Yes, along with her present in the event was the producer of the film Amul Vikas Mohan.
Behen Hogi Teri, messed up in a legal trouble for its poster portraying the male lead Rajkummar Rao as Lord Shiva. While asking them about the movie’s legal issue they shared their own point of view. When asked Shruti about her character in the movie, she stated, “My character of Binny is basically from Lucknow, I am sure many girls will relate her with themselves, she is a lovely small town girl, sweet, sensitive and independent.” Regarding the legal trouble Shruti in a positive way said, “As I was not the part of the scene so I don’t know much about it, yes but I am sure the intention was not so to hurt anyone’s sentiments.”
On the other hand the producer of the same Amul Vikas Mohan, about the controversial chopped scene stated, “We haven’t chopped the scene, and we just shortened the length and duration of it. Yes, our intentions were not so to hurt any religion clan at all. And as per censor, we didn’t felt any difficulty, censor is there to help us. We received the certificate soon before all the mess.”
Well, this upcoming romantic comedy flick revolves around the story of a middle class boy, who is in love with a neighborhood girl. He eagerly wants to send a friend request to his crush but somehow entirely fears of friendzoned. Where Rajkummar Rao will be seen as “Lucknowi Guy”, Shruti will portray a character of an independent girl.
Behen Hogi Teri also stars Gautam Gulati, Gulshan Grover, Ranjit, Kamlesh Gill, Darshan Jariwala and many more. Directed by Ajay K Pannalal, Produced by Tony D’souza, Nitin Upadhyaya, Amul Vikas Mohan and featured under the production venture of OddBall Motion Pictures, it is slated to release on 9th of June.

The group stages will be played in a round robin format, comprising four groups of four teams each. India has been drawn in Group A, with Iran, Jordan, and Syria. The draw for the remaining groups is as follows: Iraq, China, Philippines, and Qatar in Group B; Kazakhstan, Lebanon, Korea, and New Zealand in Group C; and Japan, Hong Kong, Chinese Taipei, and Australia in Group D.

India’s draw in Group A promises to be anything but a walk in the park. Last year, Iran won the FIBA Asia Challenge 2016 in comprehensive fashion, while Jordan finished third. India faced both teams over the course of that Championship – Jordan in the group stages and Iran in the quarterfinals – and lost both games despite battling hard. Iran also finished third at the FIBA Asia Championship 2015, beating India in the group stages.

The FIBA rankings place Iran and Jordan at 25th and 28th respectively. Nevertheless, since the top three from each group qualify for the second phase, India (rank 53) only has to put in a strong performance against Syria (rank 72) to secure progression.

A surprise upset over either Jordan or Iran cannot be discounted, as the Indian team has gone from strength to strength in the last few years. The team put in a strong performance at the FIBA Asia Challenge 2016, advancing to the knockout stages and defeating Chinese Taipei to finish seventh in the tournament. India had also beaten China, the Philippines, and Kazakhstan in the group stages.

Advancing from the second phase to the knockout stages is likely to pose a tougher challenge. China enters the tournament as defending champions, having won the FIBA Asia Championship 2015 on home soil; while the inclusion of Australia and New Zealand in the Asia Cup will only enhance the quality of opposition and level of competition.

Royal Navy frigate HMS Monmouth, known as the ‘Black Duke’, seized 266 kilogrammes heroin and 455kg cannabis resin, with a total street value in the UK of around £65m from a vessel in Indian Ocean.
The contrabands, which were hidden in the freezer of a fishing ship, were later destroyed by the British soldiers.
The suspicious dhow was intercepted by two teams of the British war ship in the Indian Ocean in an area not normally known for fishing.
The teams, comprising Royal Marines from 43 Commando Fleet Protection Group and the other of Royal Navy search specialists , spent 60 hours painstakingly scouring the vessel for narcotics, before eventually finding them hidden in a freezer beneath three tonnes of ice.
“Such a substantial seizure of drugs will deal a significant blow to the international narcotics trade which is known to provide funding for terrorist organisations,” said HMS Monmouth’s Commanding Officer Ian Feasey.
Lieutenant Alison Ross, one of HMS Monmouth’s boarding officers, said: “After such a long search I had doubts we would find anything, but the reactions of the crew to our activity in certain areas was enough to convince us that there was illegal cargo.
HMS Monmouth will now continue her patrols of the Indian Ocean as part of Combined Task Force 150 (CTF150), a coalition of warships with a mission to promote maritime security in order to counter terrorist acts and related illegal activities, which terrorists use to fund or conceal their movements.

— Previous Two NBA Champions Meet for Historic Third Consecutive Time in The Finals after Epic Seven-Game Series Last Year —
— Four-Time Kia MVP LeBron James Leads Defending Champion Cleveland against Two-Time Kia MVP Stephen Curry and 2015 NBA Champion Golden State —
NEW YORK, May 30, 2017 – The Cleveland Cavaliers will meet the Golden State Warriors in a historic NBA Finals 2017, which tips off on Thursday, June 1 at 9 p.m. ET on ABC. For the first time in NBA history, the same two teams will face each other in The Finals for the third consecutive year.
Cleveland and Golden State have split Finals series the previous two seasons. Last year, the Cavaliers earned their first NBA championship in franchise history, becoming the first team to rally from a 3-1 deficit to win The Finals. Two years ago, the Warriors defeated the Cavaliers in six games to win their first NBA title in 40 years.
Here is a look at The Finals 2017, which will reach fans live in 215 countries and territories in 49 countries on their television, computers, mobile devices and tablets.
History
Cleveland Cavaliers vs. Golden State Warriors
The Finals on ABC
NBA Digital
NBA Social Media
NBA Finals Around the World
NBA Cares
—
Gautam K. Sheth00 91 9869233393
www.twitter.com/gautamksheth
www.facebook.com/gautamksheth
Inaugural session told the tale of Commonwealth countries in state of inert and in deep slumber has awakened found its utility to its wholesome attire, in era of both globalization and rapid pace of technology transition. The participating countries are with holistic secretariat are in fervent mood to galvanize the fora of 52 countries where English is the binding force with technology too match their mental strength. The International commonwealth which was active in games is now appears active in business promotions across its member nations.
Many suggestion were made for providing SME the eco systems, free movement of people across the nations for speedy business and the same were dwelt with grace by authorities persons on the rostrum.
The  India-Commonwealth Small and Medium Enterprises (SME) Trade Summit is the first of its kind for Commonwealth countries. Business leaders and high-level policymakers from 120 countries can participate in this fora. Leaders from corporate world and Many government officials  came together to strengthen trade and investment partnerships within the Commonwealth. The event is being organised in Hotel Lalit New Delhi for two days. Business to Business meets are being organised with prestigious companies across Africa, Indonesia and Malaysia, 300 Indian firms and more than 100 businesses from across Commonwealth countries in one room.
During second day the technology and innovation  pre lunch session was held along with parallel  Business to business meet upto the Mid day in two different halls, across member nations the utility innovations  were explained and the delegates and media took immense interest in the  interactive session for the subjects were threadbare discussed and debated. Sponsors and partners  from ICSA,FICCI,CII  and others participated with fervent vigour.
Concluding session in evening with Sectary MSMS Mr KK Jalan and Additional secretary,  Govt of India were Chief Guest and Guest of honours. The efforts of The Commonwealth and its Secretariat and respective Ministries from Government of India exhibited keen interest to bring the members of   developed and developing economy with those in lower strata to get together to gain the strength with collective experience of technology and expertise  to march ahead in their economic growth. edited om 1.6.2017 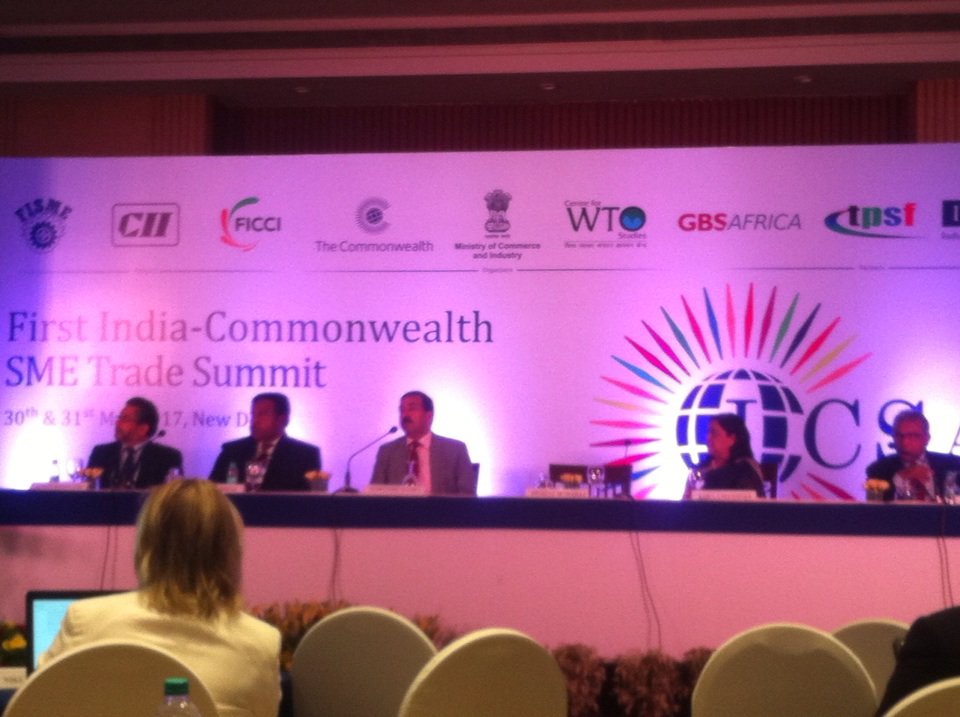 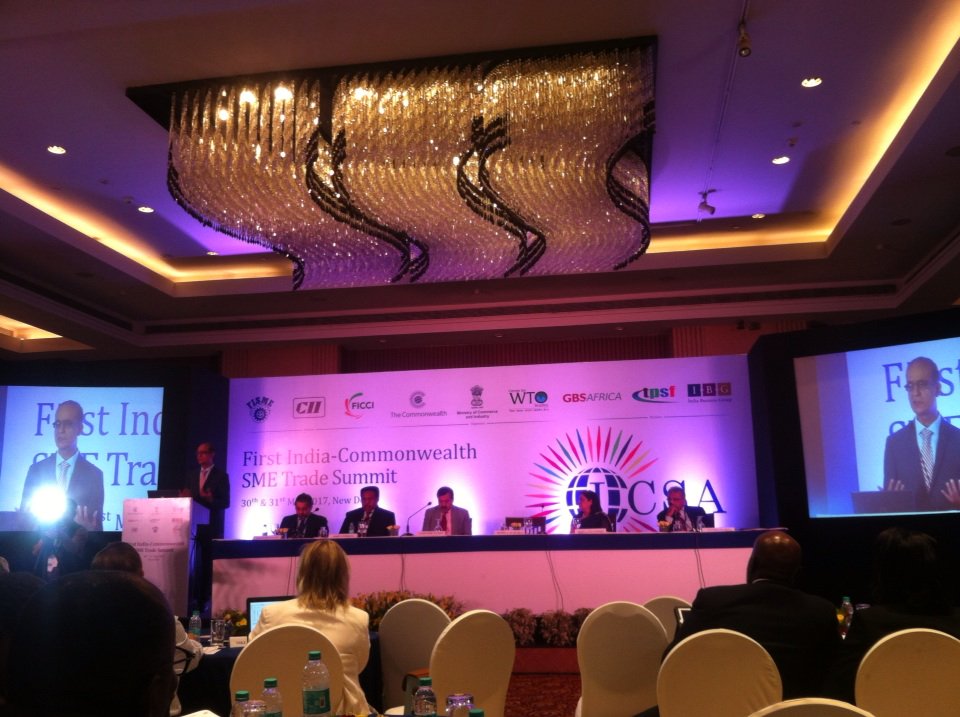 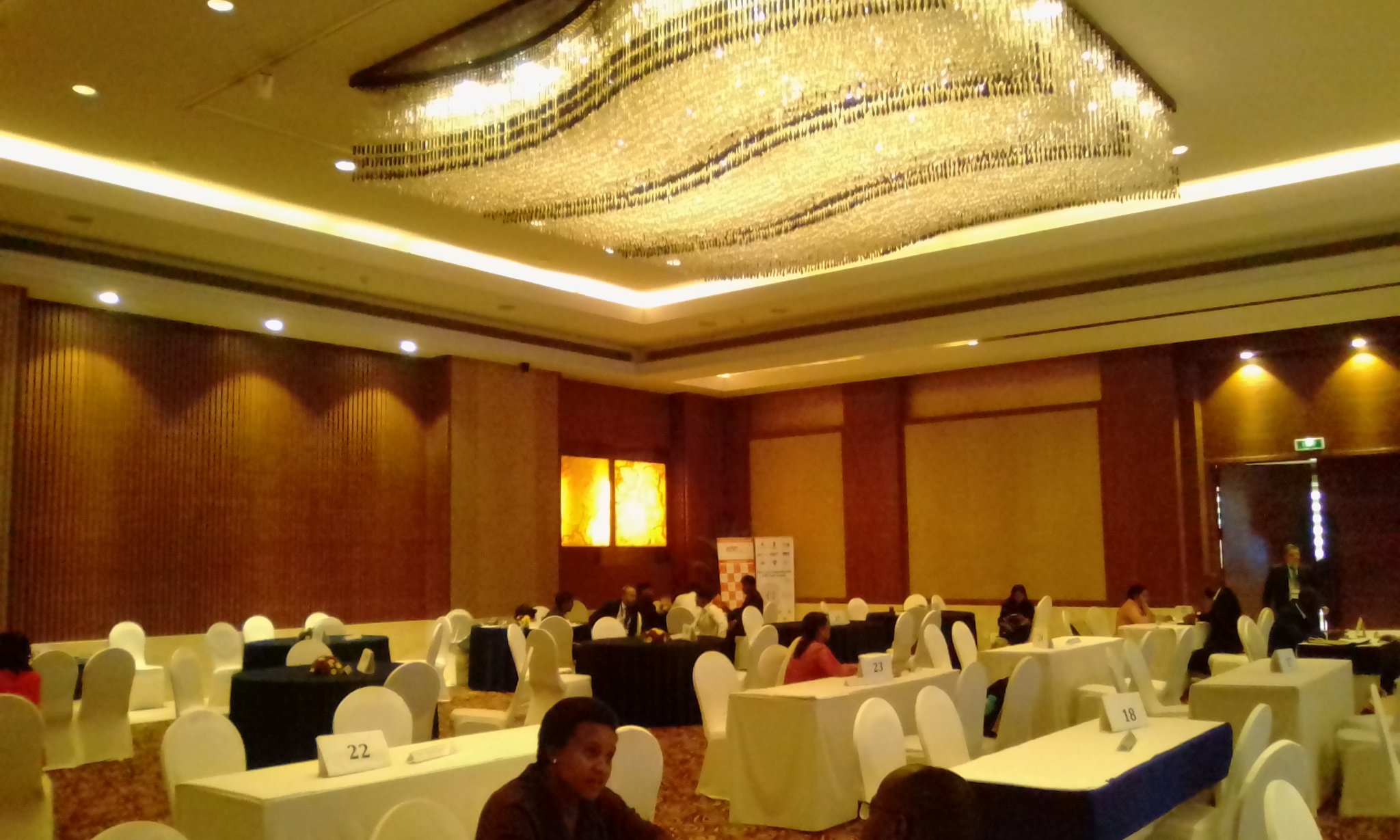 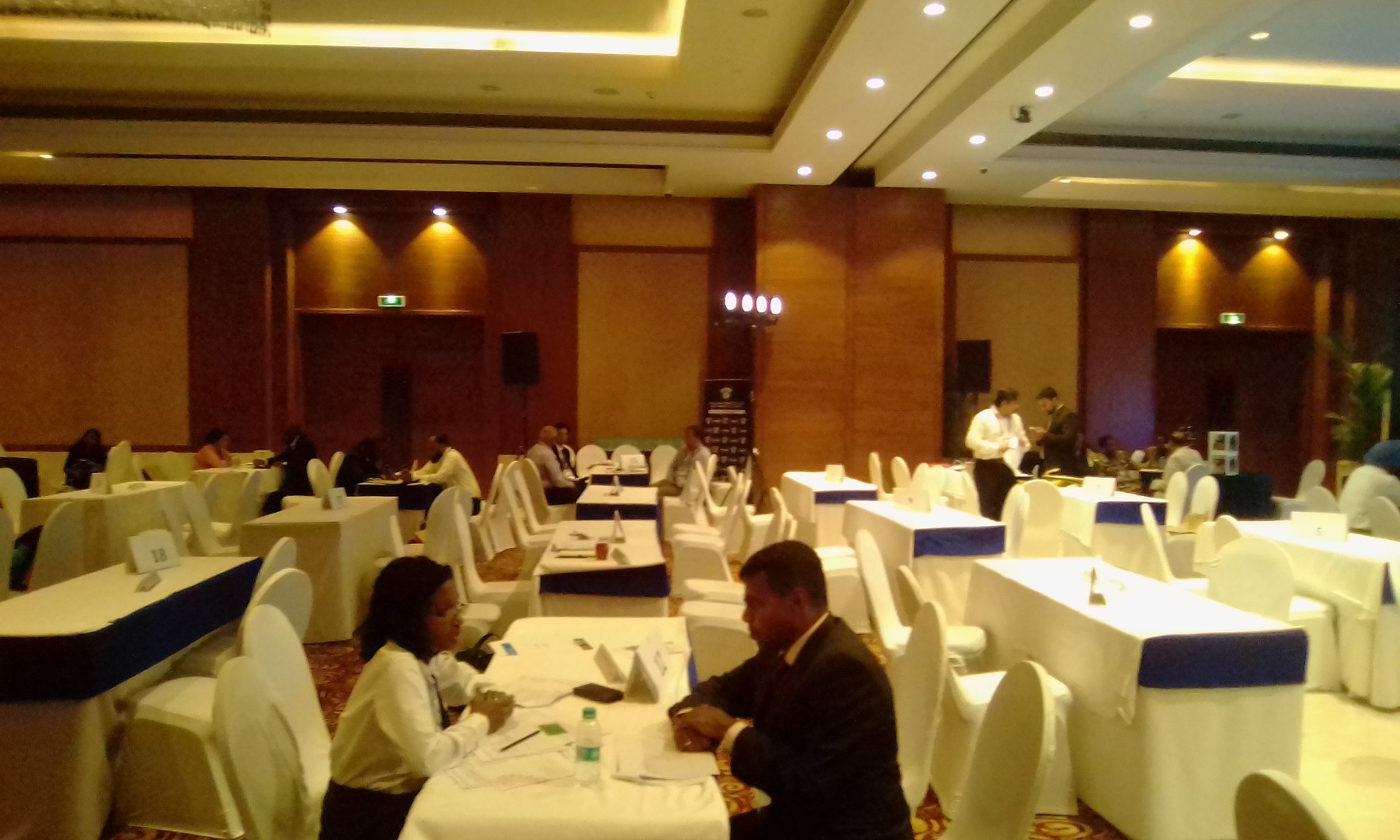 UK’s MI5 intelligence agency has launched urgent inquiries into how it missed the danger posed by the Manchester bomber Salman Abedi, amid claims his interest in being a potential terrorist killer was repeatedly reported to the authorities.
Meanwhile,British police carried out fresh raids and today arrested a Libya-born ‘trainee pilot’ in connection with the suicide attack that claimed 22 lives. According to the police, the 23-year-old was arrested at a property in Shoreham-by-Sea, Sussex, more than 400-km from the Manchester Arena, where Salman Abedi detonated a suicide bomb.
Greater Manchester Police said the total number of people in custody in connection with the bombing was 14 while two others were earlier released without charge.
at June 01, 2017 No comments: Links to this post