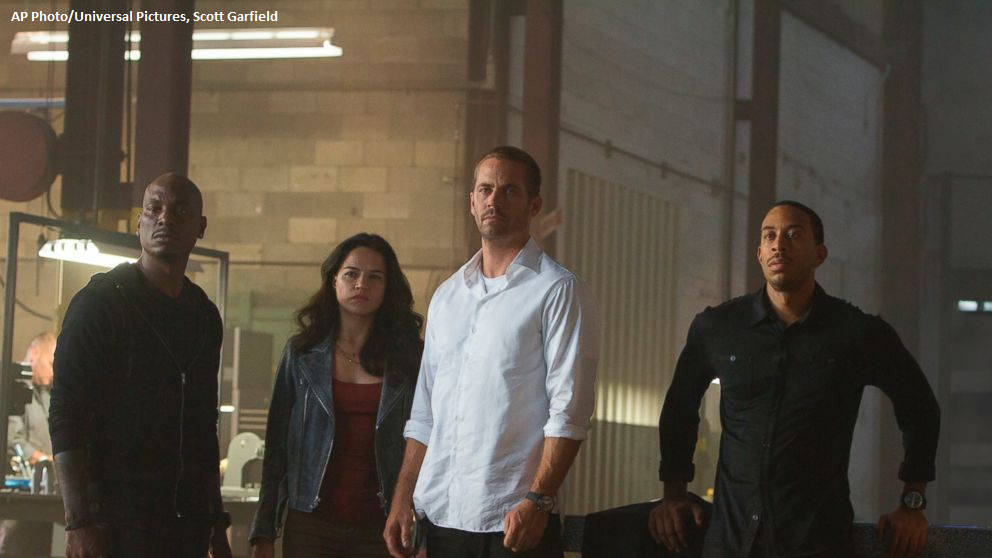 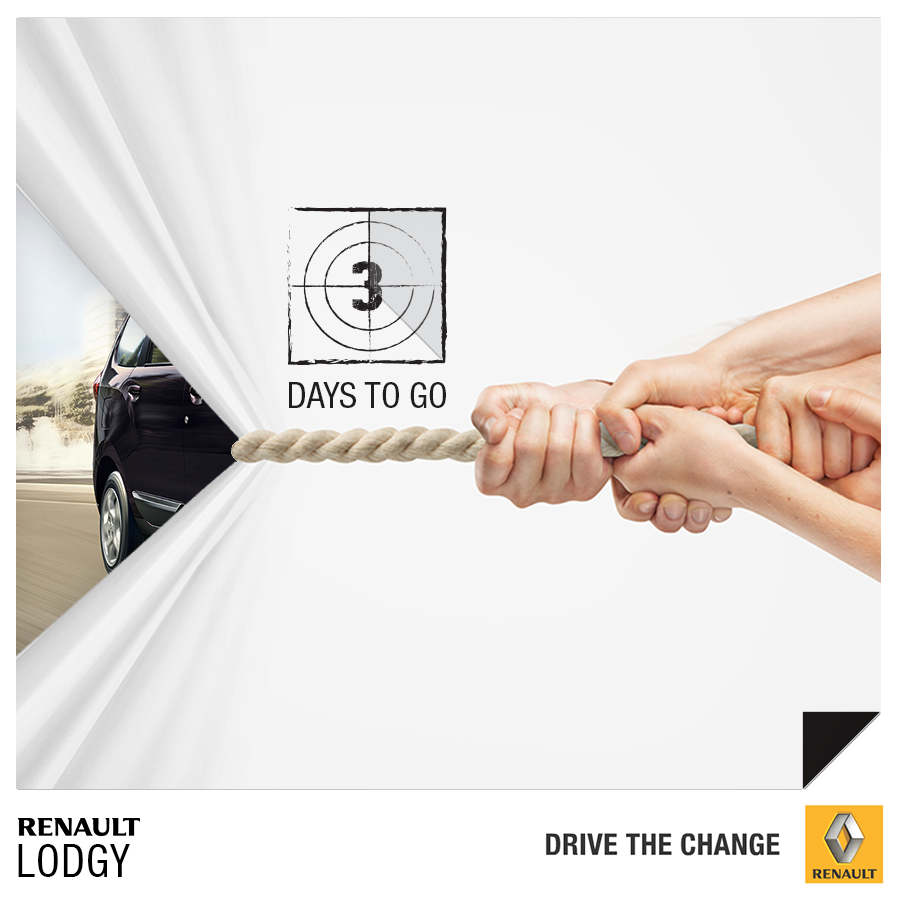 Email ThisBlogThis!Share to TwitterShare to FacebookShare to Pinterest
Uttar Pradesh Chief Minister, Shri akhilesh Yadav said the tread life cycle gives better balance and learn. He said that poor, peasant, hardworking, youngsters and students, it is the cheapest means of traffic. Its visible state government fixed price are VAT free up bikes, so that more and more people can use bicycles.Chief Minister K0D0 Singh Babu Stadium here today, the national saikling-2015 competition were able to express their views on the occasion. He added that the bicycle is a symbol of unity, health and environment. They need to be mindful of it people are stressed. He said the State Government to promote cycling have been working continuously. Under gurugovind Singh spotters keizai, Lucknow is being made to build a velodrom. It became the territory of the saikilist will be able to show their talent in the country abroad.Mr Yadav said in Lucknow and Agra to the current Government of State bicycle phraindali city has decided to develop on. With the corresponding build of tab cycling in Lucknow ª being made too, which will greatly facilitate a misplaced public perception and it will be attracted.The Chief Minister on national saikling-2015 competition winners of the 60 ki0mi0 professional riding rewarded. First-place win in the contest are Mr. Amar Singh, jinhane 1 million cheque provided. Mr. manjeet Singh claimed the second spot, which was awarded 60 thousand bucks check while dilavar Singh finished third, which was to provide 30 thousand bucks check. The occasion was also organized a bicycle stunt, in which Mr Farhan and Mr. Wajid ANC do acrobatics. The Chief Minister has them 50-50 thousand rupees provided the incentive. On this occasion, Mr Yadav did green ride competition provide jhandi opening. This contest was 5 ki0mi0. There are people, as well as niahshaktajnon have also pratibhag.Gyatavya is organizing the Uttar Pradesh Government and State Bank of India in collaboration with the saikling Federation aphai aphai India and was sponsored by the Uttar Pradesh tourism.
Translated by Bing

As in every year, this year 9th April,2015 will be celebrated as Valour day or Shaurya Diwas across the country. Regarding Valour Day celebration CRPF, Gandhinagar will brief the media. Timing and venue details are as under for press briefing.

You are requested to depute reporter/ correspondent for the press briefing and High Tea.

The genesis of this day is as follows :-

“In April 1965, Pakistan Army had launched operation “DESERT HAWK” against Indian Border posts to establish claim over some Indian Territory bordering the then West Pakistan. Coy of 2nd BN, CRPF were manning SARDAR and TAK posts in the Rann of Kutch (Gujarat) along the International Border with West Pakistan. On 9th April at about 0300 hours, an Infantry Brigade of Pakistani Army attacked the Indian Border posts of SARDAR and TAK held by CRPF Coy. The CRPF men resisted fiercely, fought valiantly and repulsed the attack. 34 Pakistani Army men were killed and 4 captured alive by the CRPF. In this action, 6 CRPF men had laid down their lives and 19 were taken captive by the Pakistani Army. The determination and valour of personnel of 2nd BN kept the might of Pakistani Infantry Brigade at bay for 15 hours, which is an unique feat in the history of military battle where a small contingent of Para Military Force personnel pushed back a determined attack by a full – fledged Infantry Brigade.”

6 April is observed as the International Day of Sport for Peace and Development.

UN Secretary-General Mr. Ban Ki-moon notes in his message for the Day:  “Sport nurtures society by creating a culture in which fundamental values such as equality, the acceptance of rules, mutual respect and fairness are appreciated.”

To celebrate these values, the UN Information Centre in New Delhi and the National Progressive Schools Conference have announced a UN Trophy that will be won by the best football playing NPSC school team.

NPSC Schools is a smart network of schools that subscribe to UN values and objectives of fairplay, democracy and human rights. This year, NPSC is partnering the UN in observing the world body’s Seventieth Anniversary in India under the logo young@70.

The UN Tournament matches will be played by 64 teams at four venues in Delhi, Gurgaon and Ghaziabad. The final match will take place at the end of April at which the trophies will be handed over to the winning teams.

Israeli Prime Minister Benjamin Netanyahu on Sunday again denounced the agreement between Tehran and world powers as a “bad deal” that “endangers” Israel and will leave Iran with a large nuclear infrastructure.
An outline deal agreed in Switzerland on Thursday paves the way for Tehran to curtail its nuclear activity in exchange for relief from punishing economic sanctions.
“It doesn´t roll back Iran´s nuclear program,” Netanyahu told CNN, one of several US networks he appeared on to slam the deal Sunday.
“It keeps a vast nuclear infrastructure in place. Not a single centrifuge is destroyed. Not a single nuclear facility is shut down, including the underground facilities that they built illicitly. Thousands of centrifuges will keep spinning enriching uranium. That´s a bad deal.”
Israel´s government reacted angrily to the historic agreement, which aims for a June 30 deadline for a final deal, with Netanyahu demanding that Iranian recognition of the Jewish state´s right to exist be written into the agreement.
“If a country that vows to annihilate us and is working every day with conventional means and unconventional means to achieve that end, if that country has a deal that paves its way to nuclear weapons, many nuclear weapons, it endangers our survival,” the prime minister said.
“I´ll tell you what else will happen,” he added. “I think it will also spark an arms race with the Sunni states,” a reference to Gulf monarchies.
Saudi Arabia fears that if too much of Iran´s nuclear program is left intact, it will still have the ability to obtain an atomic bomb, and there are concerns that Riyadh could seek its own nuclear capability.
Iran and Saudi Arabia have had troubled relations in recent years after taking different sides in the Syrian civil war.
Terror machine
Netanyahu told ABC News that the money that will flow back into Iran as sanctions ease will not be used to help the population.
“It lifts the sanctions on them fairly quickly and enables them to get billions of dollars into their coffers,” he said.
“They´re not going to use it for schools or hospitals or roads… they´re going to use it to pump up their terror machine worldwide and their military machine that is busy conquering the Middle East now.”
Relations between Israel and its traditionally staunch US ally are at a low and were hugely damaged when Netanyahu took the unprecedented step of addressing Congress last month to attack the nuclear negotiations with Iran.
When asked if he trusts President Barack Obama, Netanyahu replied: “I trust that the president is doing what he thinks is good for the United States, but I think that we can have a legitimate difference of opinion on this because I think Iran has shown to be completely distrustful.”
One part of the complex deal would see Iran slash by more than two-thirds the number of uranium centrifuges – which can make fuel for nuclear power but also the core of a nuclear bomb – to 6,104 from around 19,000 for 10 years.
California Democratic Senator Dianne Feinstein, also speaking on CNN, said Netanyahu´s comments could “backfire on him.”
“I wish that he would contain himself because he has put out no real alternative,” Feinstein said.
Ben Rhodes, the US deputy national security adviser for strategic communications, said Netanyahu was wrong because no deal could be reached that involved Iran dismantling its nuclear program.
“Obviously that´s the preferable solution,” Rhodes told CNN. “But the fact is Iran was never going to agree to a deal in which they got rid of their entire nuclear infrastructure.”
Republican Senator Bob Corker, the chairman of the United States Senate Committee on Foreign Relations, said it was too early to judge the deal.
“There´s a lot of water that needs to go under the bridge here. Many, many details are unknown at this point,” Corker told Fox News.
“I don´t know how anyone could really ascertain whether this is something good or bad yet for the American citizenry.”
media agencies
at April 06, 2015 No comments:

(Ashok B Sharma is a senior Columnist writing on strategic and policy issues in several Indian and international newspapers and magazines. He frequently writes in The Daily Observer of Bangladesh and The Diplomatist magazine. He can be reached atashokbsharma@gmail.com His mobile phone no 09810902204)
at April 06, 2015 No comments:

Email ThisBlogThis!Share to TwitterShare to FacebookShare to Pinterest
SUZUKI TWO-WHEELERS EXPERIENCES CONSISTENT GROWTH
Records 6% increase in sales during March 2015
New Delhi, 2nd April, 2015: Suzuki Motorcycle India Pvt. Ltd., a subsidiary of one of the world’s leading two-wheeler manufacturer Suzuki Motor Corporation, registered a 6% increase in their March 2015 sales figures as compared to March 2014.Suzuki Motorcycle sold 32,431 units in March 2015 as opposed to 30,594 units in March 2014, recording a growth in its overall sales. Suzuki Motorcycles has maintained a consistent growth path over the last couple of years.
Speaking on this growth pattern, Mr. Atul Gupta, Executive Vice President, SMIPL, said “Customer sentiment has been positive with regards to all Suzuki products in general and Gixxer in particular. Keeping in mind the evolving customer tastes, we intend to introduce a new product shortly.”