Sky NewsVerified account‏@SkyNews
Search for missing #AirAsia flight #QZ8501 halted for the night, will resume in the morning http://news.sky.com/story/1398597/search-under-way-for-missing-airasia-plane … 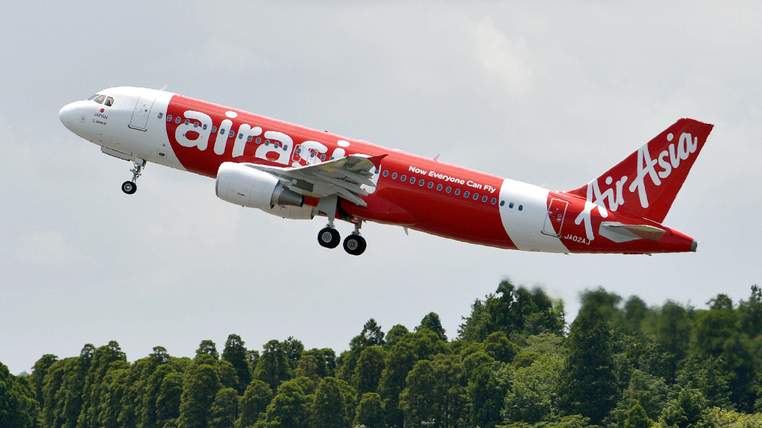 Email ThisBlogThis!Share to TwitterShare to FacebookShare to Pinterest
at December 28, 2014 No comments:

AAP announces its roadmap for development of Delhi villages

Titled “Village Dialogue” (Grameen Samwad), this big event was held at the Community Centre of Ghumanhera village (near Chhawla, Najafgarh / West Delhi). This was the first part of the Village Dialogue, the second part will be held on January 4 (next Sunday) at Chattarpur.

The first three editions of Delhi Dialogue were focussed on youth, women, and water and electricity, respectively.

The Village Dialogue at Ghumanhera village was followed by public meetings of Arvind Kejriwal in Bawana and Narela constituencies on village issues as well.

The Village Dialogue focused on the interests and welfare of the residents of the 362 villages in the national capital, of which 135 are urban villages and 227 are rural villages. Problems in Delhi’s villages are manifold. Farmers do not get adequate compensation during land acquisition. There are several regressive and outdated laws and regulations, especially regarding land-use and Lal Dora areas. The rural economy and infrastructure is poorly planned, and education and health infrastructure is absent for practical purposes.

The overall vision of Aam Aadmi Party’s regarding Delhi’s villages is based on reforming administrative, legal and land laws, rescinding of regressive and outdated laws, transforming basic infrastructure and facilities, tapping our rural youth’s potential via sports and gainful employment, reinvigorating the rural economy, and providing a special status for our villages by conserving and promoting their cultural and heritage potential.

The following were announcements were made by Arvind Kejriwal for the villages of Delhi :

·         Re-carving of wards in rural villages so that the wards with rural population have distinct identity. Our aim would be of recognizing our villages as villages, conserving their cultural legacy and heritage.

·         Decisions regarding the development of Delhi’s villages to made by the local Gram Sabhas, which would be granted special village development fund to utilise according to their priorities.

·         We will bring suitable administrative and land reforms so that regressive and outdated regulations on land sale and usage are scrapped.

o   24 hours electricity supply
o   Reducing power tariff by half
o   Lifeline water of 20k liter per month to every home. Piped water connection to every home in 5 years.
§  Each household having a metered connection will get average 700 liters of free water every day. This amounts to 20 kilo liters per month per household. This is considered to be lifeline water which is needed for basic dignified existence.
§  AAP will bring the water from Munak Canal to your home.
§  Yamuna will be cleaned, revived and made beautiful.
§  Proper Sewage disposal and water drainage will be executed.
o   50 new ambulances in rural Delhi. Increased penetration of fire services.
o   100 new schools for rural Delhi. More senior secondary schools.
o   Increased proliferation of bus and metro services for rural Delhi. All pending projects and procurements will be finished expeditiously.
o   Better waste disposal and garbage dumps to be created.

·         20 new colleges to be set up in Delhi’s villages with special emphasis on skill training
·         Sports stadiums to be set up in villages to nurture and promote talented youth from the villages.
·         Additional weightage in college admissions for girl students from rural Delhi in Delhi government funded and aided colleges.
·         Creating 8 lakh new jobs for the youth over the next five years

·         Extension of Lal Dora to accommodate for the growing population and its needs.

·         Central government would be pressurised to remove unnecessary restrictions regarding land use invillages.

·         Injustice and harassment caused due to Section 33 and 81 of the Delhi Land Reform Act which doesn’t permit a farmer to sell his agricultural land would be removed.

·         Fulfill and complete the allotments in every village according to Indira Gandhi’s 20 Point Programme where agricultural and residential plot land was supposed to be given to landless and poor people. It happened only in 112 villages, that too incompletely. The process will be completed and the ownership of land would be granted to the allottees.
at December 28, 2014 No comments:

December25, 2014 (C) Ravinder Singh ravinderinvent@gmail.comRahul & Co. is in denial mode – not ready to accept mistakes theyregularly made since 2004 Congress unexpectedly returned to power witharound 140 seats and formed government again with 205 when majoritynumber is 273, Didn’t find anything wrong at loss in Delhi Electionsto Arvind Kejriwal a year ago.Rahul & Co. couldn’t FIND LEADER to Compete With Narendra Modi.Rahul & Co. broadly speaking has no IDEA OF POLITICS – Congress wasallied to several regional parties but just before Elections desertedthem and Fought Against Them in elections.Rahul & Co. Failed to Communicate Well With Voters and Didn’t INSPIREYOUNG VOTERS. In fact don’t know how to Connect With People – ForExample Rahul always used to say ‘Hum Logon Ko Shakti Denge’ – weshall empower people when people required ‘Higher Wages, More Money &Jobs and Greater Share in National Resources.’Rahul & Co. relied on ‘Einsteins Jairam Ramesh & Sam Pitroda plus manyForeign Educated who ACTUALLY WERE MISLEADING GOI’ – their Policies &Programs were Flawed and Corrupted.Rahul & Co. failed to Introduce Latest Technology & Promote MSMEs.First Congress didn’t Develop Cadre even when it was Under Representedin Lok Sabha from 2004 itself.Second it is important to know Congress leaders ‘Contributed Less toParty than Benefits when norm is Contribute Much More Than Take Out’.Didn’t nurture their constituency and were not available to redresspublic grievances. Visiting constituency once or twice a year byCongress top leaders and depending entirely on few close aids for feedback is not professional politics.Third Congress didn’t Define Its Core AGENDA and Economic Strategy.Fourth Congress had outward Pro-Poor Agenda but most of its Ministershad Capitalist pro-corporate mindset.Fifth Congress Ministers ‘MISMANAGED ECONOMY’ Neglected Farmers since2009, Workers and Minorities.Sixth proximity to Corporate led to Corruption Cases – Congresspreferred Fire Fighting than removing the cause of fire.Seventh Congress didn’t INFUSE FRESH BLOOD. 56 out of 87 in J&Kelections are first time MLAs.Eighth Congress Look for Some Lame Duck Excuse to justify SerialLosses – Congress Was Simply Anti-India – few Corporate Families wereadvanced Rs.50,00,000 crore Bank Loans – rest of 99.99% Indians justRs.10,00,000 crores.Congress Problem is Both Software & HardwareRavinder Singh, Inventor & Consultant, INNOVATIVE TECHNOLOGIES AND PROJECTS
at December 28, 2014 No comments:

Dec 28,  10:00 AM
The government has asserted that the country is well on course to meet the Millennium Development Goals of achieving the under-five mortality rate of 42 per 1,000 live births and infant mortality rate of 28 by next year. Union Health Ministry officials said key interventions are being made under the National Health Mission to bring down the mortality rate of children across all the states. These include promotion of institutional delivery, newborn care are capacity building by trained doctors and other staff members.
at December 28, 2014 No comments:

AIR correspondent reports, BJP leader Raghubar Das is now the 10th Chief Minister of Jharkhand, and incidentally the first non-tribal Chief Minister in the state’s 14 years history. The new Cabinet is meeting today late afternoon to kick start the new phase. The swearing-in ceremony witnessed positive signs for the new government as ex- Chief Minister Hemant Soren, Arjun Munda and Babulal Marandi were also present at the Birsa Munda football Stadium of Ranchi. The task before the new government is enormous in terms of the priorities set by new Chief Minster himself, and people will keenly observe the functioning of this government.

Prime Minister Narendra Modi and BJP President Amit Shah were to attend the swearing in ceremony. But dense fog in Delhi forced them to cancel their visit to Jharkhand. In his tweets, Prime Minister congratulated the people of Jharkhand after getting an absolute majority in state elections held recently. Mr Modi said the people have voted for stability and wished that Jharkhand scales new heights of progress in the coming year. The Prime minister also extended his wishes to Raghubar Das on taking over as Jharkhand's new Chief Minister.

Meanwhile, stalemate continues on Government formation in Jammu and Kashmir on the sixth day today with nothing concrete happening even as back door talks between leaders of various parties are going on. Meanwhile, looking for the “best deal”, Peoples Democratic Party (PDP) has asserted that it is in no hurry to enter an alliance either with Bharatiya Janta Party at the cost of its ideology or with National Conference (NC) against the aspirations of people of the state. Reiterating that the party is looking at the implications of the possible alliance options, PDP spokesman Nayeem Akhtar said that in this scenario, Party wants to go ahead with due deliberations within the party and then decide the best deal for the state, a deal which would enable it to deliver both on political and developmental fronts. AIR Srinagar Correspondent reports that the continuing political stalemate over the government formation in Jammu and Kashmir may force imposition of Governor’s rule by January 20, 2015 when the Assembly will get automatically dissolved after the end of its six year term.

AIR correspondent reports, while exploring the prospects of forging an alliance with the BJP, PDP has reportedly sought assurances from BJP on certain issues mainly safeguarding Article 370 and revocation of Armed Forces Special Powers Act (AFSPA). According to PDP Chief Spokesperson, Naeem Akhtar, it is not a question of forming a government only saying that the party will take its own time in carrying the best deal for Jammu and Kashmir. Meanwhile, PDP also does not seem enthused to the option of a “grand alliance” with National Conference as according to PDP Chief Spokesman National Conference created a mess in the state during its six-year rule.

An AirAsia flight with 162 people aboard went missing en route from Indonesia to Singapore today after losing contact with air traffic controllers. There were unconfirmed reports that an aircraft has crashed in the waters off East Belitung, off the east coast of Sumatra. However, the details of the aircraft were not known.

A transport official said, Flight QZ8501 lost contact with Jakarta air traffic control just after 07:24 am local time. Civil Aviation Authority of Singapore (CAAS) said aircraft was in the Indonesian Flight Information Region when contact was lost, 42 minutes after takeoff. There were no Indian nationals on board. An Indonesian transport official confirmed that seven crew and 155 passengers were on board. The plane took off from Surabaya (Indonesia) at 5.20 am local time and was scheduled to land at Singapore's Changi Airport at 8.30 am.

Indonesian Transport Ministry official Hadi Mustofa said, the plane had asked for an unusual route before it lost contact, local media reported. Air Asia said the pilot had requested deviation from its flight plan because of bad weather. Indonesian TV channels said there were 149 Indonesians, three Koreans, one Singaporean, one Briton and one Malaysian on board.

A statement on AirAsia's Face book page said, at the present there is no further information regarding the status of the passengers and crew members on board, but all parties will be informed as more information becomes available. Search and rescue operations are in progress and Air Asia is cooperating fully and assisting the rescue service, the statement said. Malaysia has also offered assistance in the search operation.

AirAsia is popular in the region as a budget carrier. It has about 100 destinations, with subsidiaries in several Asian countries. The loss of contact with the AirAsia plane comes nearly10 months after the disappearance of Malaysia Airlines Flight MH 370, which dropped off radar over Southeast Asia on March 8. Searchers are yet to find any debris from Flight MH 370,which officials believe crashed in the southern Indian Ocean.
at December 28, 2014 No comments: