Email ThisBlogThis!Share to TwitterShare to FacebookShare to Pinterest
Nehru Memorial Museum and Library
cordially invites you to the Weekly Seminar

‘Health for the Public:
Medical knowledge, policies and people’

Abstract:
The political position on public health has been dominated by the understanding that good and effective health care, to be found in modern systems of sanitation, health care and medicine needs to be provided for, to be delivered to people. Given that in a developing country context like that of India, most of it was out of the reach of a majority of the people, the provision of health care was also a significant part of the democratization process. The experience of providing health for the public however, particularly in India, whether through the state health systems or community health interventions by non-governmental organisations or people’s movements, has indicated more agency on the part of patients and ‘consumers’ than the traditional perspective allowed for. This paper will discuss what these experiences of agency are and what they indicate for policy and politics of public health. People/patients make choices of treatment regimens on the basis of a colloquial classification of disease and how soon they believe it can be treated or indeed, how much time they can afford to get better. On the other hand, those that have access to no primary health centres or modern medicines, put their faith in local healers that rely almost entirely on the local biodiversity for their sources. A large number of people routinely combine regimens as well, from common everyday conditions to very complex ones. All of this happens in an unmediated and unregulated manner, which limits the learning and exchange possible, simply the spaces for communication between different knowledges. Instead, the entire focus is on battling for spaces of power for each of them. This paper argues that a self-conscious politics of knowledge mobilization, recognising the agency of practitioners, patients and institutions of learning, is what is required.  This will initiate a process of democratization at both the material and pedagogic level and possibly, a more democratic model of health for ‘the public”.

A freight train crashed into a passenger train near the Moscow. There are reports about multiple injured and at least five dead. Injured passengers are being carried out of the carriages by hand. Rescuers are working at the scene.
“Todaya freight and a commuter train collided on the Bekasovo-Nara railroad near the regional center of Naro-Fominsk,” reported the transport police press service.According to preliminary reports, four persons died in the incident.Up to 45 passengers have been injured, 15 of them are in a serious condition.“We now know about five dead,” confirmed the head of Naro-Fominsk Region Vadim Andronov. “It is possible that the number of dead and injured passengers will grow as one overturned passenger carriage has been blocked by a container from the freighter train, which now remains on top of it. Rescuers are entering the second damaged passenger carriage right now.”
Health Minister of the Moscow Region Nina Suslova has assured that all injured people will receive “all the necessary medical treatment.” Three helicopters are being used to help evacuate the injured, she said.Media agencies
Edit : EditComments : Leave a Comment » Categories : Energy, Transport, Uncategorized

PM elect Modi govt on May 26

Narendra Modi meets President Pranab Mukherjee at Rashtrapati Bhavan.
Narendra Modi  while addressing BJP Parliamentary meet go emotional, Prime Minister elect Narendra Modi became emotional and broke down while delivering speech after party elected him as leader of BJP Parliamentary Party.’Modi said, I will not live for myself, but for the country’
Narendra Modi meets President Pranab Mukherjee at Rashtrapati Bhavan.  Modi put forth his  stakes o form the government. The President has formally invited Modi to form a government.  Modi  said that he will take oath on Monday, May 26 at 6 pm.Modi met President Pranab Mukherjee on Tuesday in the company of NDA leaders after his election as the leader of the BJP Parliamentary Party.Rashtrapati Bhawan communique said the President asks Modi to suggest names of other ministers to be sworn in on 26th May at 6 pm.
Pranab Mukherjee congratulated Modi on “grand victory” in elections.Narendra Modi will be sworn-in as Prime Minister on May 26.This was disclosed by BJP President Rajnath Singh after meeting President Pranab Mukherjee along with NDA leaders to present the letters of support.
“Today we had a meeting of the BJP Parliamentary party and we have adopted a unanimous resolution to elect Narendra Modi as our leadder. All the NDA allies were also present. We have requested the President to invite Narendra Modi for the swearing-in as the Prime Minister,” told reporters at the forecourt of the Rashtrapati Bhavan in New Delhi.He said BJP has support letters of 10 allies of the NDA which includes 335 MPs.
One ally -Swabimani Paksh of Maharashtra did not have the support letter ready and it would be submitted soon.
Singh said 3,000 people are proposed to be invited for the swearing-in ceremony for which time will announced soon.
Constituents of 29-party NDA today chose Narendra Modi as their leader hailing him as “strong” personality with “extraordinary capabilities” under whom the country will prosper and attain a major stature in the world.
Earlier Modi said that even though BJP got a majority on its own in the Lok Sabha polls, NDA allies will be as important for him as they would have been without it.
Leaders from alliance partners will include Akali Dal’s Prakash Singh Badal and Sukhbir Singh, TDP leader Chandrababu Naidu, Shiv Sena’s Uddhav Thackeray, LJP leader Ram Vilas Paswan and Neiphu Rio of Naga People’s Front.
Other BJP leaders who are be part of the NDA delegation include Sushma Swaraj, Arun Jaitley, Venkaiah Naidu, Nitin Gadkari, Ananth Kumar and T C Gehlot. 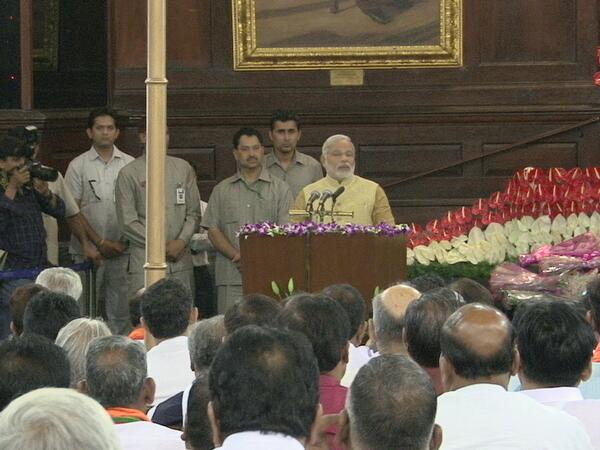 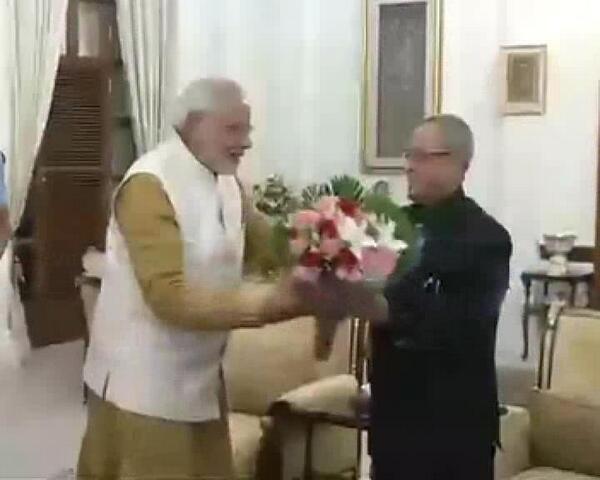 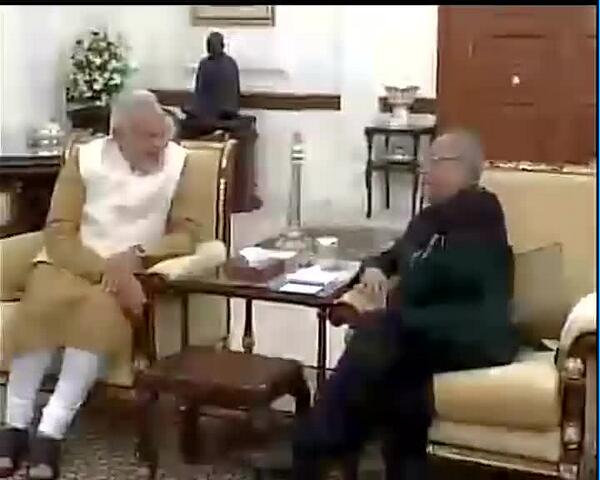