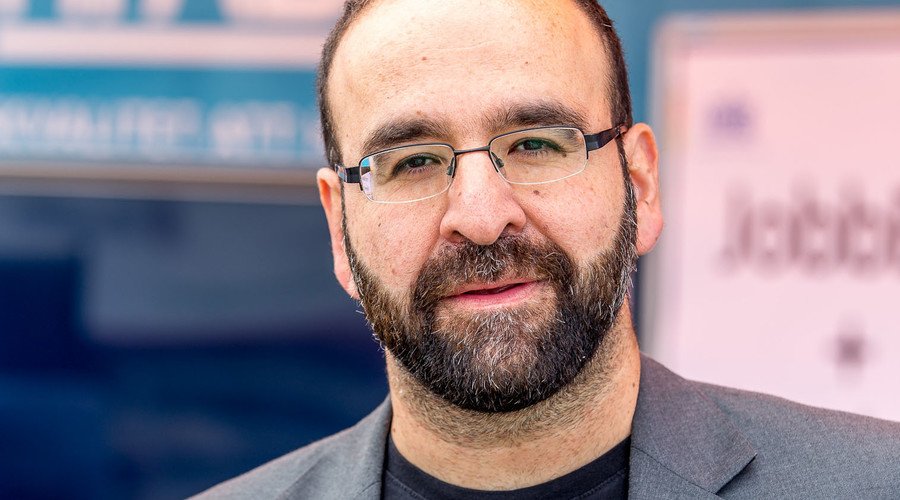 Dear All,
Greetings from Federation of Indian Chambers of Commerce and Industry (FICCI)!
Thank you for confirming your participation in the FICCI World IP Day 2016 Conference on “Intellectual Property: A Key Enabler for Strengthening India’s Business Landscape” being organized on 25th April 2016 at FICCI, Federation House, New Delhi.
Kindly see the updated conference agenda.
For those of you who have not yet confirmed your participation, kindly do so immediately to ipr@ficci.com cc: vedika.sidhu@ficci.com or call 9560052173.
Please note that participation in the conference is free/no delegate fee. However, registration is mandatory.
We look forward to meeting you on 25th April.
Warm regards,
Dipankar BarkakatiAdditional Director & HeadIPR & FICCI CASCADEFICCIIndustry’s Voice for Policy ChangeFederation House, Tansen Marg, New Delhi 110 001E: Dipankar.barkakati@ficci.comT: +91-11-23487368F: +91-11-23765477
Naresh —
I’ve seen my fair share of election days, but the excitement of knowing that people are headed to the polls never wears off — especially on a day as important as today!
Participating in our democracy is how we all make our voices heard and move this country forward. At the end of the day, that’s what campaigns are all about — I’m so grateful to have you on my team for this amazing journey.
We’re making history. Every state, every vote, and every delegate puts us one step closer to the Oval Office. I want your voice to be a part of that, Naresh — and I need you today.
I can’t win this nomination without this team, so confirm your polling place right now, then head out to make your voice heard — and make history:
Thank you for being part of this. Now, let’s go win!
Hillary
—–Problems? Call the hotline: (844) 464-4455
Date: 19th April, 2016
Political parties have multiple sources of funding and thus accountability and transparency should be an important aspect of their functioning. It is essential to have comprehensive and transparent accounting methods and systems which should reveal the true financial position of the parties.
The Election Commission of India (ECI), in its letter dated 19th November,’14 addressed to the Presidents/General Secretaries of all political parties, stated that it was mandatory for the parties to submit details of their audited reports to the Commission. This report analyses the total income and expenditure incurred by theNational Parties during FY 2014-15, as declared by the parties in their IT Returns submitted to the ECI.
Executive Summary
Submission of audited reports by the National Parties
·         The due date for submission of annual audited accounts for the parties was 30thNov,’15.
·         CPI, CPM and BSP were the only three National Parties to submit the audit reports on time.
·         INC has not submitted its audit report till date.
Comparison of total income of National Parties between FY 2013-14 and 2014-15
·         National parties’ income (less INC) increased by  39% from Rs 920.44 crores during FY 2013-14 to Rs 1,275.78 crores during FY 2014-15 which is a difference of Rs 355.34 crores.
·         Between FY 2013-14 and 2014-15, the income of BJP increased by 44.02% (Rs 296.62 crores) while that of BSP increased by 67.31% (Rs 45.04 crores)
·         It is to be noted that among the National parties, CPI is the only such party whose income decreased by 24.28% (Rs 59 lakhs).

Declaration of sale of coupons and donations by National parties (less INC): FY-2014-2015
·         Grant/ donations/ contributions or funds collected by the parties was the top source of income of the 5 National Parties, forming88.73% of their total income.
·         BJP declared the maximum income from donations which amounted to Rs 940.39 crores followed by BSP with Rs 92.80 croresand NCP with Rs 38.82 crores.
·         Out of the total income of Rs 1,275.79 crores declared by the National Parties during FY 2014-15, other remaining sources of income amounted to Rs 116.63 croreswhich formed only 9.14% of the total income of the parties.
Unknown sources of income of National parties for FY- 2014-2015
·         The unknown sources are income declared in the IT returns but without giving source of income from donations below Rs.20,000. Such unknown sources include ‘sale of coupons’, ‘relief fund’, ‘miscellaneous income’, ‘voluntary contributions’, ‘contribution from meetings/ morchas’ etc. The details of donors of such voluntary contributions are not available in the public domain.
·         Total income of political parties from unknown sources (income specified in the IT Returns whose sources are unknown), for the FY 2014-15 is Rs 685.36 crores, which is 54% of the total income of the parties.

Recommendations of ADR
·   Those parties not following the ICAI guidelines for auditing of reports should be scrutinized by the IT department.
·   The National political parties must provide all information on their finances under the Right to Information Act. This will only strengthen political parties, elections and democracy.

For more details on top sources of income of National Parties (less INC) and the share of donations above Rs 20,000 in total donations, kindly refer to the attached report (in English and Hindi)
For details of Income and Expenditure declared by the National Political parties during FY 2013-14, kindly visit: http://goo.gl/DHLHqq
Contact Details

Rajahmundry, 19th April 2016:  GAIL (India) Limited has completed the first phase of replacement of different sections of the pipeline in the KG Basin regional pipeline network with an investment of more than Rs. 419 crore such as Tatipaka- Chinchinada pipeline section of 20 Km, Tatipaka- Kakinada pipeline section of 74 Km main line, Tatipaka – Kakinada HDD section of the pipeline including Taipaka – K Cheruvu of 4.8 Km length.  Work already started in the second phase for replacement of about 183 Km long pipelines with an additional cost of approximately Rs. 515 crore. This exercise is undertaken to ensure pipeline health and safety measures in view of the aging of the pipelines, types of the gases handled by the pipeline, change in population Density and degradation of pipelines as observed through cathodic protection system and intelligent pigging reports.  In addition to the replacement of the pipelines installation of additional facilities like slug catcher, knock out drums/ scrubbers, gas de-hydration Units are installed / being installed based on the expert reports in the network. GAIL has already invested an amount of Rs. 90 crore towards repairs and maintenance of the pipeline network and a total of Rs. 9.00 crore on relief and rehabilitation programme in last one year.
The unfortunate incident at Nagaram Village in Tatipaka- Kondapalli region on 27thJune 2014 propelled GAIL to take fresh stock of its pipelines and installations in KG basin with respect to integrity, safety and reliability and various measures have been taken since then by the Company for upgradation and strengthening of pipeline network.   As per the expert opinion taken from the third party, the quality of gas needed qualitative improvement and installation of devices to improve the health of pipeline for transmission of natural gas sourced from the Upstream Operator in the KG basin network of Tatipaka – LANCO and Tatipaka – Kakinada pipeline sections. Upstream operator in this section has since then progressively installed gas corrosion inhibitor injection for supply of natural gas through the pipeline transmission system. GAIL owns a total of 933 Km of pipeline in the KG Basin network and 617 Km of pipelines are presently under operation, supplying 5.2 MMSCMD of Natural gas to the majority of customers including a few major ones like NFCL, GVK, Lanco, APGPCL, SPGL etc.  GAIL receives the same quantity of natural gas from ONGC, RIL and Cairn Energy.
Post incident, intelligent pigging for 617 Km of running pipelines is completed. In-line Inspection carried through intelligent pigging for 365 Km network is already completed and fresh work for 232 Km of the inline inspection is in progress. For monitoring the health of non-piggable pipelines, long range ultrasonic thickness survey is completed to measure the thickness of the pipeline besides continuous potential logging and direct voltage gradient survey of pipeline to monitor external corrosion.
Gas De-hydration Units (GDUs) at five locations like Mori, Pasarlapudi, Narsapur MP, Mandapeta and Gopavaram are installed and GDU for four more locations such as Kesenapalli (West), Enamuru, Tatipaka and KPDA are ordered. One GDU by ONGC off shore is in awarding stage. Fortnightly and monthly cleaning and pigging is being done and residue analysis is being carried out at external labs. All mainline valves are remotely controlled and leak detection system is in place besides liquid separators at source points of the pipeline. Electric Resistance (ER) probes / corrosion coupons are installed in all critical pipelines. Internal corrosion rate is within acceptable limits. Pipe to Soil potential for coating integrity of the pipeline is within limit. Regional Gas monitor Centre (RGMC) at Rajahmundry monitors all transformer rectifier units data with redundant energy back- ups to serve the power requirement of all the installations.
Daily foot patrolling with GPS tracking is being done by dedicated foot patrollers in order to ensure safety and security of the KG Basin pipeline networks and abnormalities observed is immediately informed to RGMC for corrective actions. The initiative has given a desired result. It has acted as an early warning mechanism for any possible disruptions in transportation of the gas and also has enabled in avoiding possible major accidents by ensuring the public safety. An endeavor of spreading awareness to farmers / villagers along the ROU is being carried out by the foot patrollers who also distribute pamphlets explaining the same to the neighborhood dwellers. Daily foot patrolling has not only helped in getting the timely information about encroachments/ leak / exposures, but also has acted as an extended hand of GAIL to spread the pipeline safety awareness in the local populace. GAIL has undertaken awareness drive by using audio clip in FM radio and also conducted awareness programme for police and revenue officials in all the three districts. A local form of Nukkad natak, Burrakatha has conducted 235 out of 300 villages for creating awareness of GAIL pipeline operations with do’s and don’ts.
All the vulnerable locations are being monitored daily. Fortnightly quality of natural gas such as H2S, CO2 and Dew Points are carried out besides, installations of 06 source points’ online moisture analysers. SCADA and communications system is strengthened with back up connectivity and RTU availability. Emergency Response Vehicle with all firefighting gadgets of natural gas is deputed for keeping a vigilant eye for any emergency situations like gas leak redressal in this region. In nutshell, the KG Basin pipeline network is being operated with utmost attention to safety and integrity and compliance of the provisions of the PNGRB guidelines.