Bulgarian authorities detained 125 foreigners in the capital Sofia. They had illegally crossed into the country without submitting an asylum request, Reuters reported. The people will be questioned and may be granted refugee status, the Interior Ministry said on Thursday.
at September 03, 2015 No comments:

Greater Noida, 3rd September: Sharmila Nicollet fired 5 under 67 to lead the field after Round two of the 15th leg of the Hero Women’s Professional Golf Tour at the Jaypee Greens here on Wednesday. One stroke behind is rookie Amandeep Drall who returned with a score of 2 under 70 to total 142 after the second round. The INR 6,00,000  event will culminate tomorrow.

Hero MotoCorp sponsored Sharmila Nicollet, who is eyeing her first title of the year, was in stellar form and carded nine birdies, which is a record for a single day in the entire season. The Bengaluru professional, known for her ferocious driving, made use of the conditions well and carded four birdies in her front nine on the 1st, 4th, 7th and 8th holes, along with three bogies on the 3rd, 5th and 6th holes. In the back nine, Sharmila was a transformed player and carded a flurry of birdies on the 11th, 12th, 13th, 14th and 16th holes with just a lone blemish on the 10th. She finished with a total of 141 after two rounds..

Overnight leader Neha Tripathi came up with an effort of 3 over 75 to occupy the third spot on the leaderboard. Neha struggled to stitch together a series of consistent shots and her round consisted of three birdies on the 1st, 9th and 13th holes, along with six bogies on the 2nd, 3rd, 10th,11th, 14th and 18th holes. The Kolkata golfer finished with a score 145 after 36 holes.

Kapurthala’s Gursimar Badwal ended with a level par score to take the fourth position. Gursimar carded four birdies on the 8th, 9th, 12th and 14th holes, which were however cancelled out by the same number of bogies on the 3rd, 4th, 10th and 17th holes. She finished with a total of 146.

Veteran Smriti Mehra who started the day in second position could not replicate her good form and returned with a score of 5 over 76. She carded three birdies on the 8th, 10th and 14th holes, while dropping shots on the 3rd, 4th, 5th, 15th and 16th holes, along with a double on the 9th to finish fifth with a total of 147 . Amateur Diksha Dagar is in the sixth position with a total score of 151. She played a birdie-less round with five bogies on the 2nd, 6th,7th, 15th and 16th holes.

Hero Order of Merit leader Vani Kapoor had an indifferent day in the field and finished seventh with a total of 152 after the end of the second day’s play. Her error-prone round consisted of two birdies as against six bogies and a double.

Amateur Anisha Padukone with a total score of 153 is in the eighth position followed by Chandigarh’s Saaniya Sharma in ninth position with a score of 154.

The Hero Women’s Professional Golf Tour 2015 comprises a total of nineteen legs spanning across key locations in India.
at September 03, 2015 No comments: 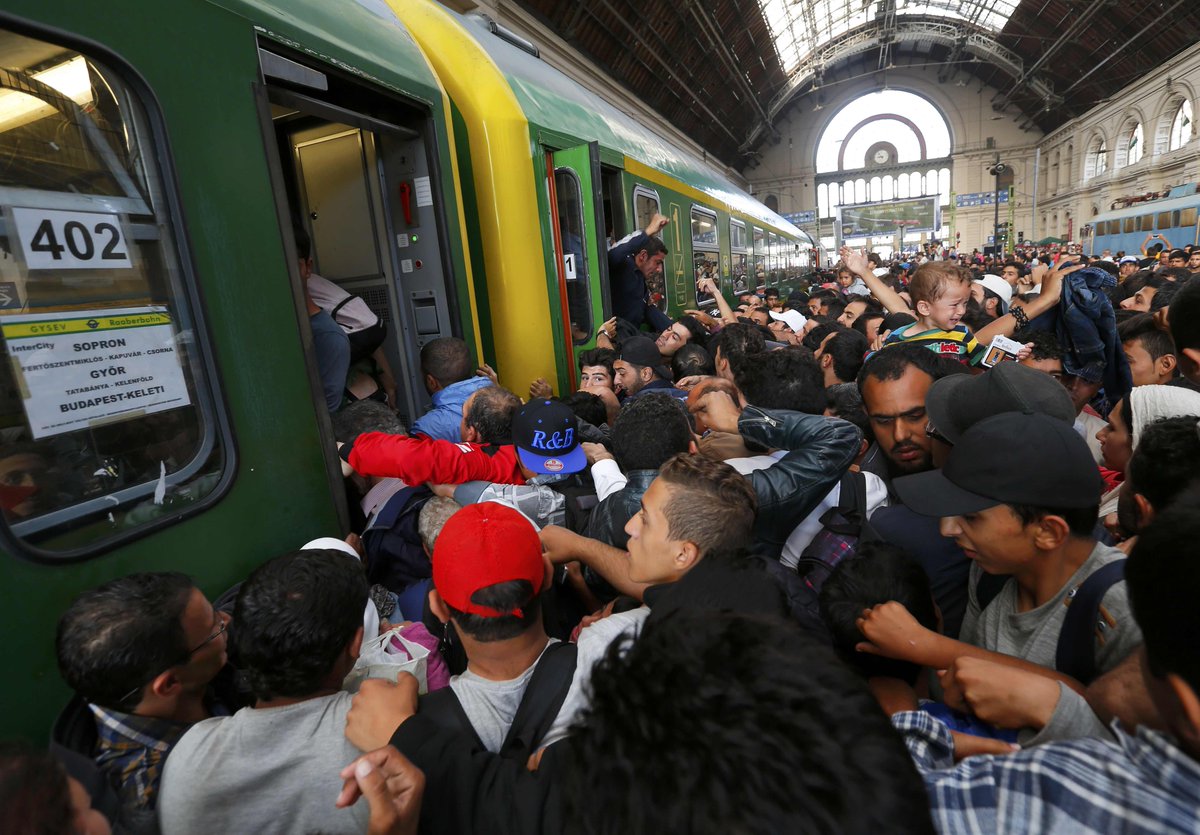 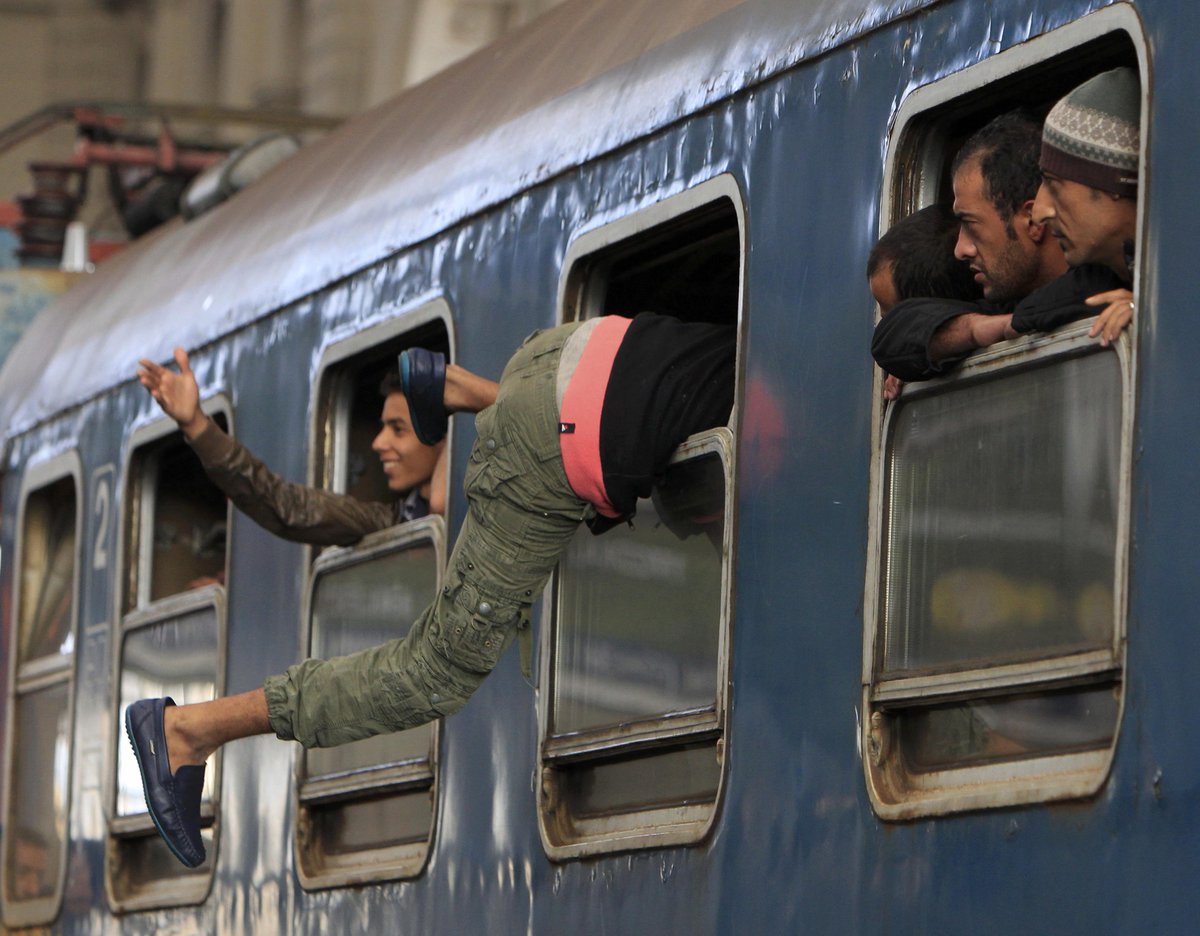 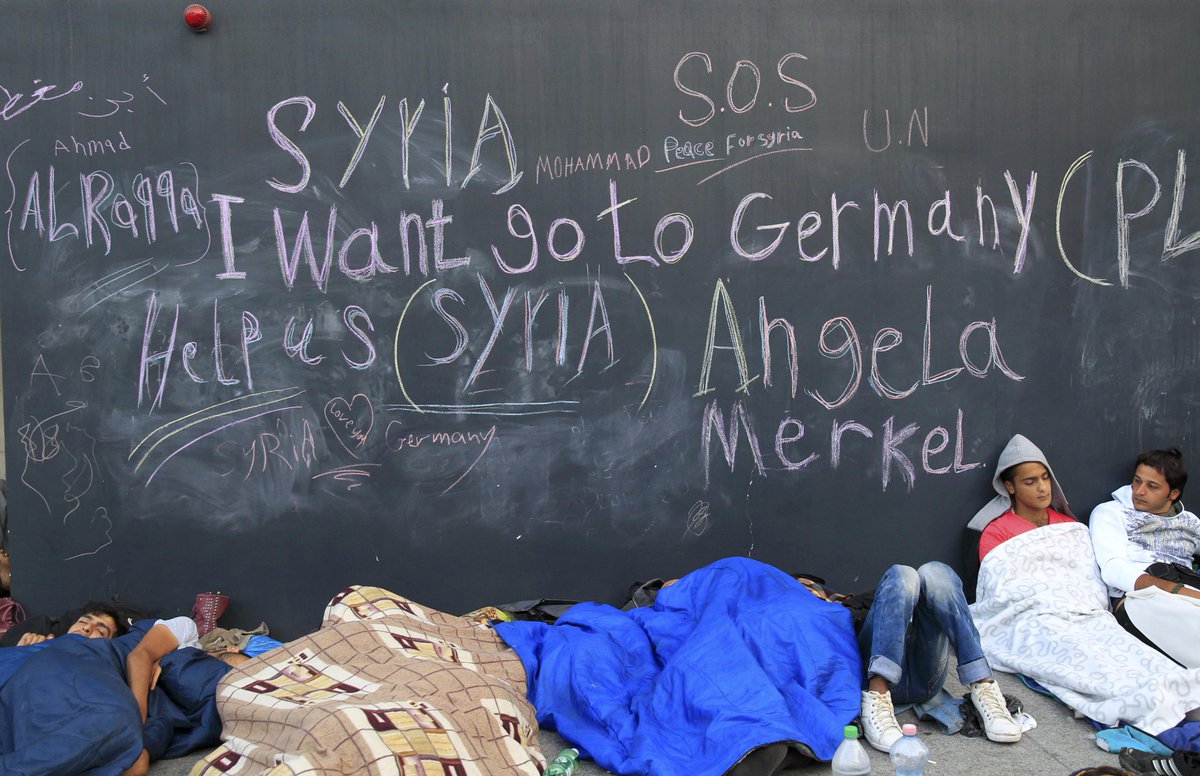 Thousands of stranded Migrants were allowed into Budapest’s Keleti train station Thursday as police ended their blockade after two days of blockade.Hungary has been struggling to push back an unprecedented wave of refugee coming from war torn countries like Syria and Iraq but also migrants from Africa and the Balkans.
However no trains running to Western Europe, the goal of many of the migrants.Media agencies
Samajwadi Party quits the Nitish Kumar-led ‘grand alliance’ in Bihar ahead of the polls in November.  Mulayam Singh Yadav-led SP says it feels insulted at not being consulted over seat sharing for the Bihar polls and will go it alone.
In recent political development, the former Union Minister and RJD VP Raghunath Jha quits party to join Samajwadi Party
Samajwadi Party has not been allotted any seat in the upcoming polls, and has complained of complete neglect. The Nationalist Congress Party, an ally, had also questioned the “meagre” three seats offered to it, while JD(U) and RJD got 100 each and Congress 40, and termed it “an insult” by alliance partners.
“SP played the biggest role in bringing Kumar and RJD chief Lalu Prasad together, as well as, forging the secular grand alliance. But, in turn it has been completely ignored. We were not even consulted during seat distribution. We have started indefinite fast to protest this treatment meted out to us,” SP Bihar unit president Ram Chandra Yadav said.

US President Barack Obama on Wednesday earned sufficient congressional backing to ensure the Iran nuclear deal does not get blocked, when a 34th senator announced her support for the accord.
Most US lawmakers are opposed to the deal, which would ease punishing economic sanctions on Tehran while preventing it from advancing its nuclear program. Many Republicans warn that the Islamic republic will seek to cheat its way to an atomic bomb.
Should Congress pass a resolution that disapproves of the deal, Obama would veto it. Overcoming the veto would require a two-thirds vote in the Senate and House of Representatives.
With veteran Senate Democrat Barbara Mikulski announcing her support Wednesday, the deal now has 34 backers in the Senate — the number needed to uphold Obama´s veto.
While the deal is not perfect, Mikulski said, “I have concluded that this Joint Comprehensive Plan of Action is the best option available to block Iran from having a nuclear bomb.”
She added that while she will vote for the deal, “Congress must also reaffirm our commitment to the safety and security of Israel.”
Republicans are unified in their opposition to the Iran accord, warning that the easing of sanctions will provide Iran with a windfall of up to $150 billion, which they say could be funnelled toward terrorist operations or actions against US ally Israel.
Democrats “own it,” number two Senate Republican John Cornyn posted on Twitter. “Iran deal done. With Mikulski, Obama has all the votes he needs.”
—
SEPTEMBER 3, 2015/LEAVE A COMMENT/EDIT
—
SEPTEMBER 3, 2015/LEAVE A COMMENT/EDIT
If you can’t read this HTML format newsletter please copy and paste this address in your browser:http://www.agcareers.com/newsletters/agcareers_weekly.htm
Sun-roof of Benazir Bhutto’s car was opened on Naheed Khan’s behest: —

Javedur Rehman, the driver of Benazir Bhutto’s armoured vehicle, recorded his statement during today’s hearing in connection with BB’s murder case here at Adiala jail on Wednesday.
Rehman said on the day of Benazir Bhutto’s assassination, her security was not adequate.
He said Benazir Bhutto was answering phone calls in which people were greeting her on holding a successful public meeting in Liaquat Bagh, Rawalpindi.
Since, the security was not enough on the route of her return from Liaquat Bagh, the supporters who were chanting slogans in her favour got the chance to get close to her moving vehicle, he said.
The driver said the vehicle was surrounded by a sea of people from all directions, blocking the way completely and leaving no other option for the vehicle but stop. “I kept blowing the horn, but to no avail,” he added.
He went on to say that Naheed Khan, who was present in the car, asked for opening the sun-roof. The next moment, BB got up and put her head out of the sun-roof, as she began responding to the supporters slogans and cheers. Then a big blast took place, he added.
After recording his account, the court directed the Ministry of Foreign Affairs to submit a report on US journalist Mark Siegel’s statement in the next hearing.
The court also summoned for next hearing one more witness named Professor Yousuf.
Former prime minister, Benazir Bhutto was assassinated in bomb and gun attack on December 27, 2007, as she returned in her armoured vehicle after addressing a public meeting in Liaquate Bagh, Rawalpindi.GeoTV-News
—
SEPTEMBER 3, 2015/LEAVE A COMMENT/EDIT

2 mins ·
Xi Jinping _ China to cut military force by 300,000China will reduce the number of its troops by 300,000, Chinese President Xi Jinping announced at the start of a massive military parade marking 70 years since the end of WWII in Asia. Earlier reports indicated that the slimming of the People’s Liberation Army (PLA) is aimed at turning the army into a modern fighting force. When restructuring occurs the army should be capable of projecting power overseas. But Xi, speaking on Tiananmen Square, promised that China will always go down the path of peaceful development. Currently some 850,000 soldiers are serving in the army, some 235,000 in the navy and some 398,000 in the air force.
Like   Comment
Share

2 mins ·
IS claims responsibility for Yemen Mosque blastThe Islamic State has claimed responsibility for a suicide blast and car bombing at a mosque in the Yemeni capital of Sanaa late Wednesday that left at least 28 worshipers dead and more than 100 wounded. A suicide bomber blew himself up in the mosque, followed by a car bomb attack, an online statement of the Islamist militant group said. The Sunni Islamic State seeks to eradicate Yemen’s Zaydi Shi’ite Muslims labeled as “heretics”.
Like   Comment
Share

3 mins ·
100,000 asylum seekers arrived in Germany in AugustA record 104,460 asylum seekers arrived in Germany last month, Reuters quoted a Bavarian official as saying on Wednesday. From January to August, around 413,535 people registered on Germany’s Easy system, according to a spokesman for Bavaria’s Social Minister Emilia Mueller. The system is used for the initial registration of migrants and refugees, while applying for asylum is a separate procedure. Around one third of registrations in August were in Bavaria. Germany expects about 800,000 people to file for asylum in Germany this year, four times last year’s level.
Like   Comment
Share
—
SEPTEMBER 3, 2015/LEAVE A COMMENT/EDIT
Your Feed: fast and filling!
—
SEPTEMBER 3, 2015/LEAVE A COMMENT/EDIT
at September 03, 2015 No comments: