Eubiq added 14 new photos to the album Your Home, Your Eubiq. 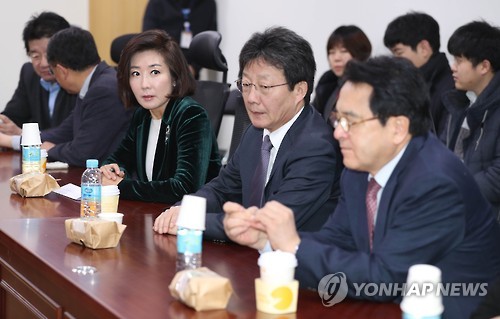 A group of Saenuri Party lawmakers who support the ouster of President Park Geun-hye gather for a meeting at the Seoul-based National Assembly on Dec. 7, 2016. (Yonhap)
South Korean opposition parties on Wednesday rejected ruling party lawmakers' demand to remove President Park Geun-hye's alleged inaction during the 2014 ferry disaster from the charges listed in an impeachment motion against her.
The Saenuri Party members, who hold the balance of power in the vote slated for Friday, demanded earlier in the day the opposition revise details on the bill, saying the impeachment should focus only on charges leveled by state prosecutors.
Late last week, the three opposition parties submitted the motion, which claimed that Park violated the Constitution and other laws in connection with the influence-peddling scandal in which she was named as an accomplice.
The opposition bloc also included the Sewol ferry disaster as one of its reasons for impeaching Park, adding the president failed to protect the lives of the people as stipulated in the Constitution.
The Saenuri lawmakers, however, demanded the Sewol issue be removed from the motion altogether.
"This, however, is not an official request. We are only asking the opposition bloc to consider such a move," said Rep. Hwang Young-cheul, the spokesman of the group. "This is not a prerequisite for our participation in the impeachment."

In response, the opposition parties said they cannot accept the Saenuri dissenters' request, adding the incident plays a crucial part in the impeachment motion.
"It is difficult for us to make changes," Rep. Woo Sang-ho, the floor leader of the main opposition Democratic Party said. Pundits said the party is making efforts to persuade Saenuri lawmakers to accept the existing motion.
The splinter People's Party said an amendment must win approval from all three opposition parties, adding its stance remains unchanged.
The group of around 40 non-mainstream Saenuri lawmakers are expected to play a crucial role in the passage of the motion as the opposition bloc is still 28 seats short from meeting the minimum requirement of at least 200 members from the 300-seat National Assembly.
The Sewol ferry, which sank on April 16, 2014, was en route to the southern resort island of Jeju from Incheon, west of Seoul, with a total of 476 passengers. Most of the 304 dead were high school students on a field trip.
Meanwhile, Hwang also said Moon Jae-in, a presidential hopeful who formerly led the main opposition Democratic Party, should retire from politics if the impeachment motion fails to be approved by parliament on Friday.
The group said Moon is attempting to take advantage of the situation for his own political ambitions. Moon earlier said Park should step down even if the impeachment motion is passed by the National Assembly, regardless of the Constitutional review.
Lawmakers, meanwhile, differed in their estimates of how many Saenuri lawmakers will support the impeachment bill on Friday.
Hwang said at least 35 members will vote for it, which will be sufficient to pass it. Another lawmaker of the group put the figure at 50.
Other Park loyalists, however, said such estimates are an exaggeration, adding some have already expressed their intent to leave the dissenters' group. A pro-Park lawmaker said the motion will not pass the parliamentary session and predicted the impeachment will get 195 votes at most. 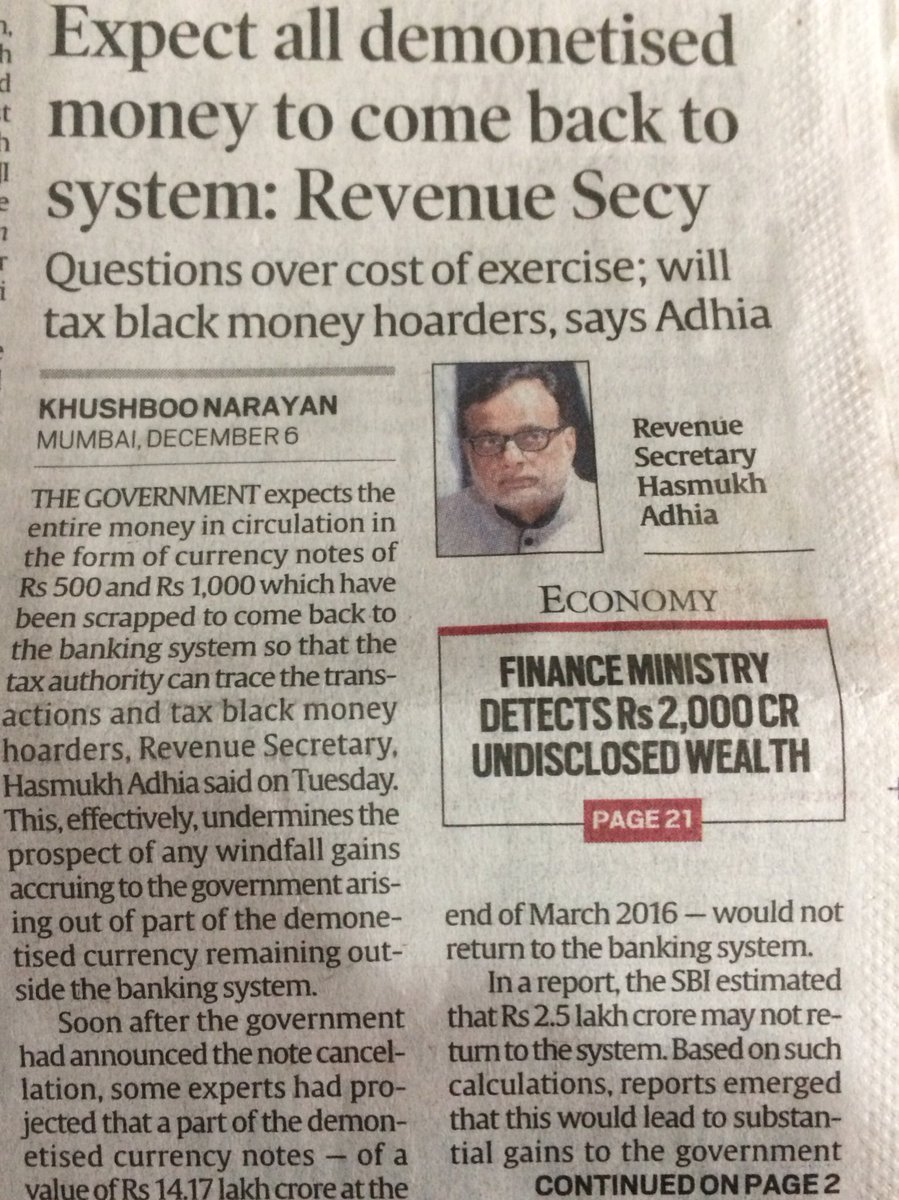 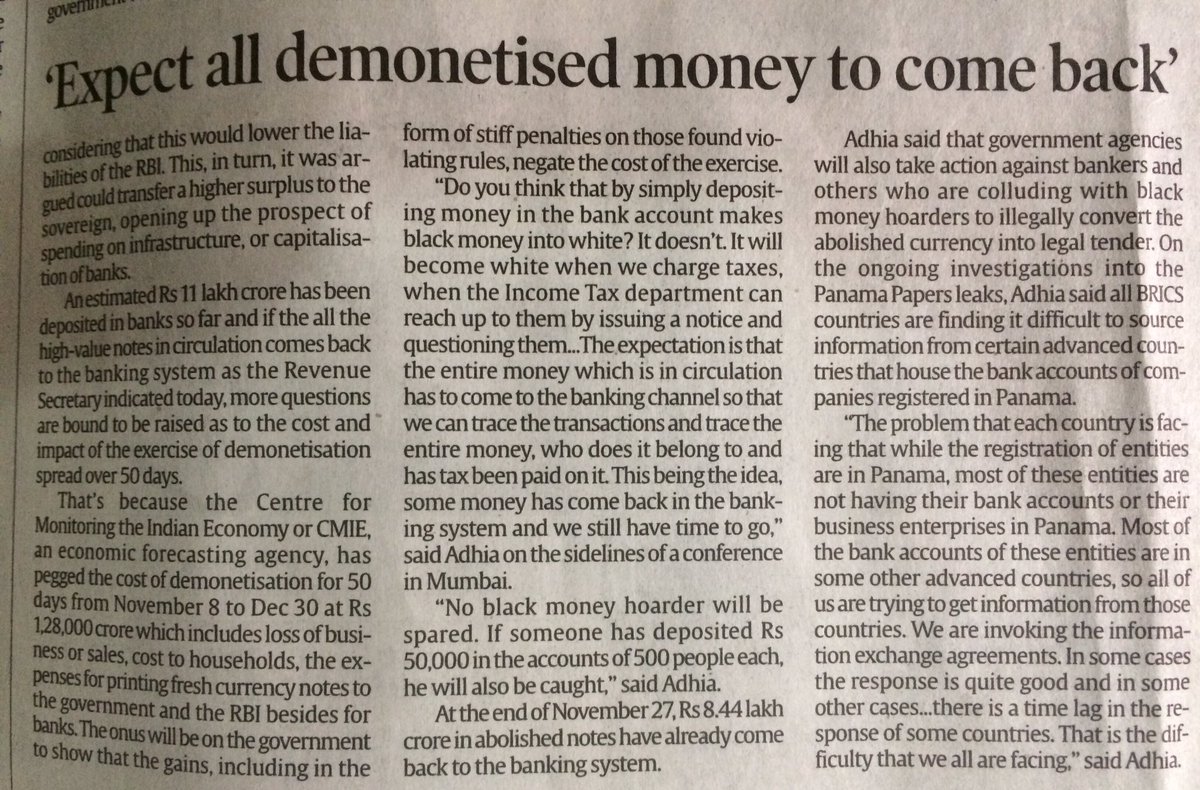 29 replies308 retweets235 likes
Reply
29
Retweet
308
Like
235
More
MIB India ‏@MIB_India 10m10 minutes ago
PM Shri @narendramodi with the Officers of the Kendriya Sainik Board, on the occasion of the Armed Forces Flag Day, in New Delhi
Narendra Modi and PMO India 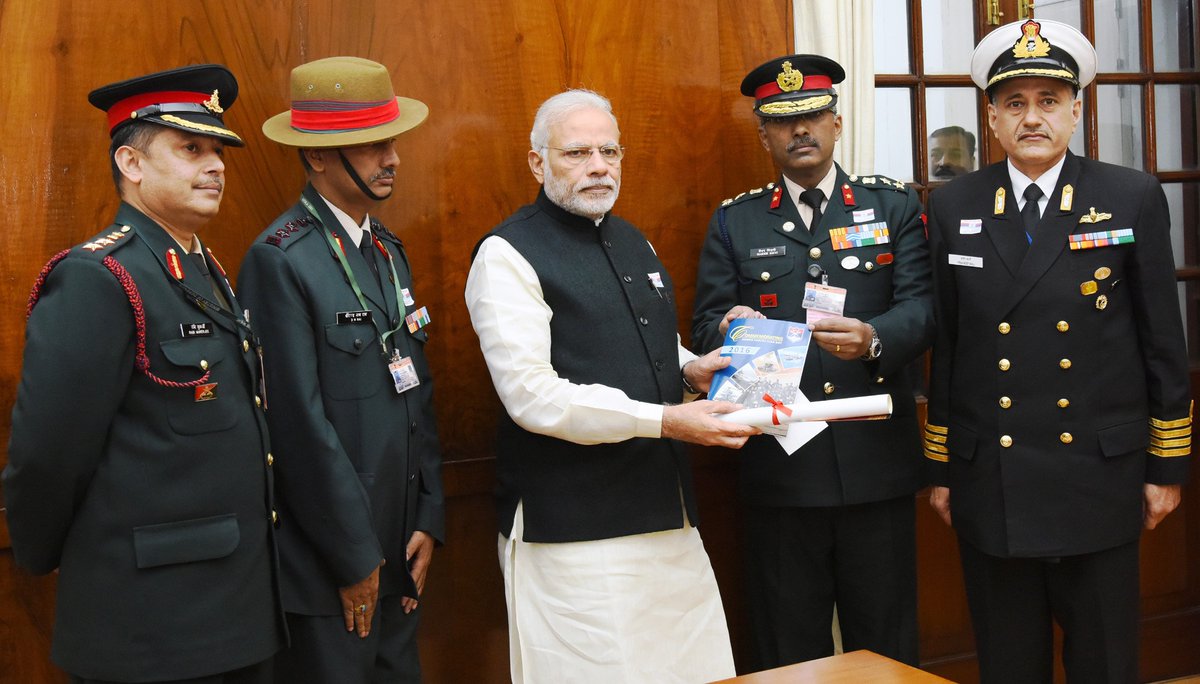