US and Afghan forces have freed former Pakistan Prime Minister Yousaf Raza Gilani’s son from kidnappers, the Independent reported. Armed men opened fire in a skirmish at Farrukhabad and dragged Ali Haider Gilani into a car on May 9, 2013. PPP chairman Bilawal Bhutto Zardari confirmed the recovery, saying ex-PM Gilani received a call from the ambassador of Afghanistan after a “successful operation.”

The EU and Turkey have cancelled a high-level meeting planned for May 13, TASS quoted Maja Kocijancic, a spokesperson for the EU Foreign Affairs & Security Policy chief, as saying on Tuesday. The dialogue had been scheduled for Friday, but was postponed after a mutual decision, Kocijancic said. The meeting agenda contained several issues, including the EU’s visa liberalization for Turkish citizens.

The ceasefire regime in the Syrian city of Aleppo has been extended for 48 hours as of 00:01 am, May 10. the decision has been made by agreement with Syria’s leadership and the moderate opposition, as well as Russia and the US, TASS quoted the head of the Russian Center for Reconciliation of the warring sides in Syria, Lieutenant General Sergey Kuralenko, as saying on Tuesday. Syria’s SANA news agency earlier reported the ceasefire regime extension in Aleppo, citing the Syrian Armed Forces’ Command. Hostilities were ended in Aleppo last Thursday, and the ceasefire had previously been extended for 72 hours.

A US navy warship sailed close to a disputed reef in the South China Sea on Tuesday, prompting Beijing to denounce the patrol as illegal, Reuters reports. Guided missile destroyer the USS William P. Lawrence traveled within 12 nautical miles of Chinese-held Fiery Cross Reef. The freedom of navigation operation was undertaken to“challenge excessive maritime claims” by China, Taiwan, and Vietnam, which were seeking to restrict navigation rights in the sea, US Department of Defense spokesman Bill Urban said. Chinese Foreign Ministry spokesman Lu Kang said the US ship illegally entered Chinese waters and was tracked and warned. The move “threatened China’s sovereignty and security interests, endangered the staff and facilities on the reef, and damaged regional peace and stability,” he said.

An impeachment process against Brazil’s President Dilma Rousseff appears to be continuing after the acting speaker of the lower house revoked his decision to suspend a crucial vote, the BBC said. Waldir Maranhao’s U-turn came less than 24 hours after he had called for a new impeachment vote. Maranhao said there had been irregularities during the lower house session, and the earlier decision to annul the lower house vote held on April 17 had thrown the impeachment proceedings into disarray. The Senate may now vote on Wednesday on an impeachment trial, and Rousseff will be suspended for the trial’s duration if the president loses. Her government has been accused of violating fiscal rules.

Shared bySampathkumar ஆனந்த்
firstpost.com – Indians are still waiting for the proverbial acche din but a couple of recent markers suggest that the Narendra Modi regime is working behind the scenes to ensure a cleaner and more efficient gover… 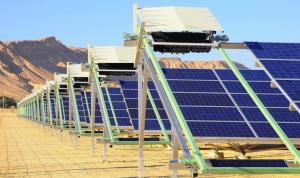 timesofisrael.com – With 300 sunny days annually, India is an ideal place for solar energy to thrive. That is why the government is promoting an ambitious program to rapidly expand solar energy production. As a result… 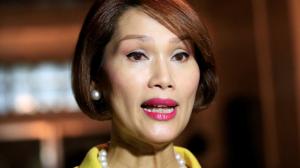 bbc.co.uk – Controversial candidate Rodrigo Duterte may be dominating headlines in the Philippines, but another Filipino politician is also being celebrated. The Liberal Party’s Geraldine Roman is set to be th… 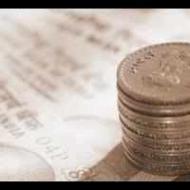 timesofindia.indiatimes.com – It’s one ranking where the government won’t complain about scoring less. The Economist’s latest index of crony capitalism estimates crony wealth in India at 3% of GDP, against 18% in 2008, when cro… 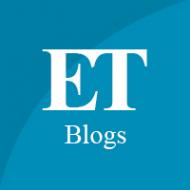 blogs.economictimes.indiatimes.com – The Insolvency and Bankruptcy Code 2015 is expected to address the problem of dealing with multiple laws for anyone wanting to do business in India. The present government has realised that the eas… 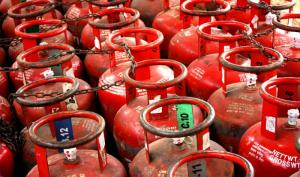 india.com – Raipur, May 8: As many as 25 lakh poor families in Chhattisgarh will be provided domestic LPG connections in next two years at nominal charges under the ambitious ‘Ujjwala scheme’ launched by Prime…

Key has more questions to answer on trusts

labour.org.nz – Revelations today that the Prime Minister’s close personal advisor who lobbied him and the Government over foreign trusts has links with the Panamanian firm Mossack Fonseca leaves many questions un…

Promise Tracker: How does the Coalition’s record stack up as the nation heads to a new election?

Why are many Indian Muslims seen as untouchable? – BBC News

zeenews.india.com – Delhi: In one of the biggest exposes of 2016, it has been revealed that in order to bag tender for biometric facial recognition device, Cryptometrics, a company in Canada, gave kickbacks to officer…

All you need to know about negative gearing

abc.net.au – Debate over negative gearing is raging after it was revealed the Reserve Bank had given some support for changing the system. Labor wants to rein in the tax deduction along with the capital gains t…

When it comes to the economy, there’s a real choice this election

Do family offices have a role in improving corporate governance?

Why I am convinced Modi degrees appear to be fake

dailyo.in – The controversy surrounding PM Modi’s educational qualifications has refused to die down for over a week now. The plot thickened today with both BJP and AAP holding press conferences to aggressivel… indiatoday.intoday.in – After all the brouhaha over Prime Minister Narendra Modi’s so-called ‘fake certificate’, Delhi University (DU) came forward today and clarified that the PM’s records have been maintained in DU and …

fifa.com – Just over a year ago, Zimbabwe international Rudo Neshamba took a hard look at her football career and did not like what she saw. She decided to enrol in a two-year journalism course at a college i…

Stephen Curry is all the way back, drops 40 on Blazers in Warriors’ OT win

travelandleisure.com – “All the things that are cliché about San Diego are true,” says Richard Blais, who trained at the French Laundry, Chez Panisse, and El Bulli before settling in this city 30 minutes north of Mexico…

Successful Women Who Work With Their Sisters 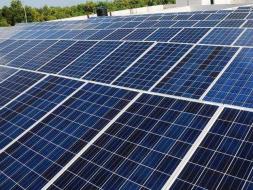 timesofindia.indiatimes.com – AHMEDABAD: In an attempt to scale up the present solar power generation in Gujarat, the state government is now all set to launch its much awaited project of grid-connected rooftop solar power unit…

Olympics 2016: Why Brazil’s World Cup winner Rivaldo is urging tourists to stay away from Rio Games?

Fire in the mountains

Mumbai: Second round of roads inquiry to begin tomorrow

Shared byThe Hindu
thehindu.com – The crucial floor test to ascertain whether the ousted Chief Minister Harish Rawat still enjoys a majority takes place between 11 a.m. and 1 p.m. on Tuesday. The President’s rule will be lifted onl…

“The Global Energy Scenario and Challenges for India’s Energy Security”

Shared bySagar Media Inc
sagarnewspost.wordpress.com – There are other important forces at play as well: Asian countries have replaced western countries as the principal consumers and importers of energy, with projections that by 2035, about 90% of Wes…

Shared bySagar Media Inc
sagarnewspost.wordpress.com – The International Fund for Agricultural Development (IFAD) and the Department of Economic Affairs (DEA) of the Ministry of Finance of India are pleased to invite you to a workshop on the India Coun… 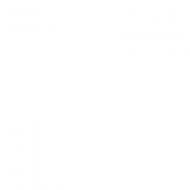