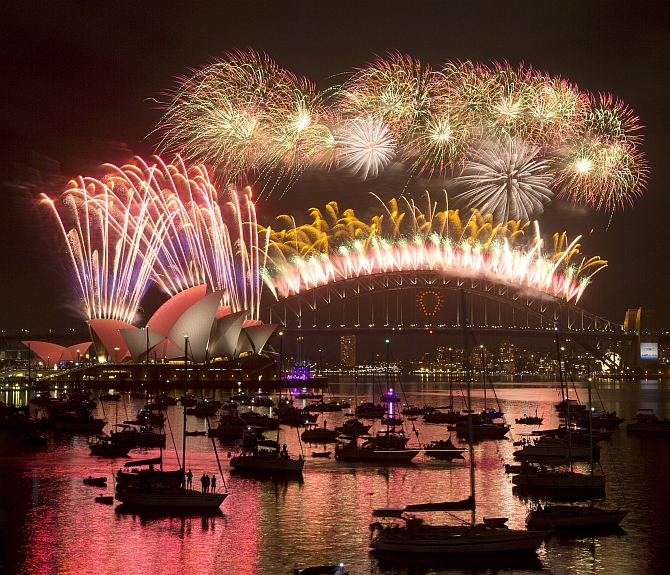 3 hrs ·
MAJOR AIR DISASTERS: A recap of the worst air crashes in civilian aviation since the turn of the century. http://aje.io/6w3h

Ordinance on land acquisition will take the country back to 1894

From: media cell aap  Tue, 30 Dec '14 6:43p
To: undisclosed-recipients:;
Show full Headers
Aam Aadmi Party chief spokesperson Yogendra Yadav issued the following statement on Tuesday, 30 December 2014 :
The AAP is opposed to the ordinance approved by the union cabinet on Monday to amend the Land Acquistion Act, 2013. The party has five major objections to this ordinance :

1)  The amendment will nullify the hard earned gains of movements against forced acquisition and displacement. After a long struggle and negotiation, these movements had forced the government to agree to some basics:
* that the land acquisition must not take place without consent
* that land acquisition must not be permitted in multi-crop land where it goes against food security
* that acquisition must be preceded by an assessment of its impact not just on land owners but on the society as a whole
The government';s amendment would mean that now social Impact assessment, food security assessment & consent of 70% of land owners will not be required before acquiring land for five broad categories that the government has specified (more on these categories in point 2). Thus for all practical purposes, we are back to the draconian 1894 Act which peoples movements had fought to change.
2) The government proposes to exempt five categories of Acquisitions from the procedural requirements of the 2013 Act. These five categories are: defence, industrial corridors, rural infrastructure, affordable housing including housing for the poor and any infrastructure including social infrastructure in PPP mode where the land is owned by the government. Just look at these four categories and imagine what greedy builders, politicians and bureaucrats can do with these five categories. Basically they would be able to fit every acquisition under one of these five categories. so, in effect the Amendment annuls the Act itself.
3)  The Ordinance violates the basic spirit of why ordinance is needed. Ordinance route has been provided for in order to meet an emergency situation in-between two sessions of parliament. What was the emergency in this case? The next session is in the third week of February. Why could the government not wait till then?
4) The Act of 2013 was passed with support from most political parties including the BJP. The parliamentary Committee that cleared the bill was headed by Ms. Sumitra Mahajan, the current speaker. What has changed since then?
5) The Act has not got a fair chance so far. Most states have not framed Rules necessary for its implementation. How come it has been found to be impractical without even a trial?
The simple truth is that the BJP has decided to favour big business and industry in the hope that the farmers will not understand or challenge its move. The onus now is on the farmers to prove this government wrong
at December 31, 2014 No comments: Links to this post

The Venezuelan economy has entered recession, after contracting for the third consecutive quarter. The Central Bank announced that the economy had shrank by 2.3 per cent in the third quarter of the year.
President Nicolas Maduro said the Venezuelan economy had been affected by political instability and dropping oil prices in international markets. He accused the United States of flooding the markets with oil as part of an economic war against Russia.
The central bank also said inflation had reached 63.6 per cent in the 12 months to November, one of the highest rates in the world. Mr Maduro announced a number of measures to boost economic growth and control inflation, including reforms to Venezuela’s currency control system.

Dec 31,
Most of cricketers around the world has expressed surprise on the way MSD has resign, many called it an end of Dhoni cloud in BCCI.
Mahendra Singh Dhoni, abbreviated MSD, who scored big name in Indian cricket and is famous for his enforced  decisions and opinions to many out of ethical context.His stellar confidence, iconic team mates at his disposal and his naive, cricketing batting limited technique  helped him to take chances to win laurels for Team Dhoni.
Lately as team talent slipped so MSD fell into his own trap. A man responsible for injecting his own team members finally get from Harbhajan Singh, Yuvraj Singh, Mohammad Kaif the good wish to bring him luck ahead of his career.
Mahendra Singh Dhoni surprised cricketing world with his sudden announcement of retirement from Test cricket. Cricketers from across the world reacted with surprise and lavished praise on Dhoni’s decision to call it quit from the longer format. Teammates, friends and critics poured their hearts out on social media praising his decision.
Expressing views on Twitter, retired batting legend, Sachin Tendulkar, also a long-time teammate, congratulated him on his Test career and encouraged Dhoni to retain 2015 World Cup. In a Tweet former Indian Cricket team Test captain Anil Kumble boasted his test career and said well done to retire as a captain. will miss unique persona like M S Dhoni.
Tweets by
#Dhoni का क्रिकेट को योगदान आदरयोग्य है। वह सम्मानित खिलाड़ी हैं और लाखों खेल प्रेमियों को प्रेरित करते हैं: सर्बानंद सोनोवाल, खेल मंत्री 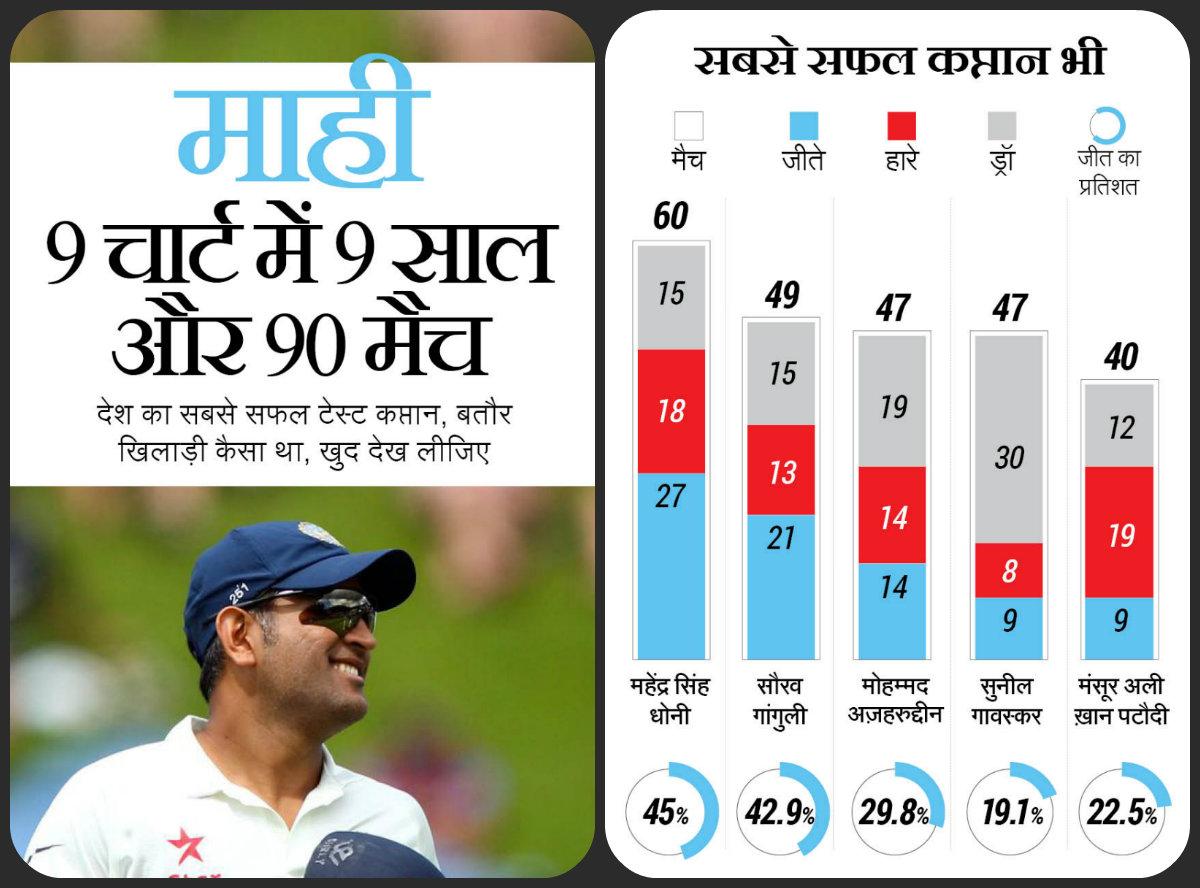 Akhilesh Yadav : On a road trip from Safai to Lucknow,

31 12 2014
Akhilesh Yadav
29 December
On a road trip from Safai to Lucknow, stopping and meeting lots of people as well as old party workers.
I am so thankful for the warmth that they are expressing. Enjoying khullar coffee with my daughter in Tirwa, Kannauj.

31 12 2014
December30, 2014 (C) Ravinder Singh ravinderinvent@gmail.com
DMRC Airport line which cost over $1.4b at 2010 exchange rate is Worst
in Passenger Amenities. Airline Passengers carry many suitcases but
there is no Trolley for them. Due to following deficiencies even
Airline or Airport Staff don’t use Airport Line. Not more than 10
Airline Passengers per train use Airport Line.
But worst of all Domestic Terminal 1 which is supposed to carry BULK
of Domestic airline passengers – 95% is not Connected by Delhi Metro
Airport Line.
As given in the arrival schedule of an airline from Dubai which is
just 2h30m flying distance arrival and departure could vary as much as
2 hours – 8:41 hrs and 10:35 hrs so Airport Line Could have reduced
congestion at airport due relatives arriving hours ahead of Exit of
their foreign or NRI guests and Zip through passengers to Dhaula Kuan
in 10 minutes.
Stations on the route are Copy of the conventional stations in layout
– Airline Passengers with luggage have to undergo Shifting of Luggage
at Ground, Mid Level and Platform level at all stations.
Instead of 5-8 Lifts of 20 People or 2 Tone Capacity, two for each
coach there is probably only one on 1 tone capacity.
At Dhaula Kuan which is on Interstate Bus Terminal and gate way to
West Delhi & South Delhi – no Cab Service and Porters are available
and In fact there is no Unloading Platform for Cabs to Load & Unload
Luggage. Shivaji Stadium and New Delhi stations of Airport line are in
congested areas difficult to reach and Aero City station is basically
one end of airport itself suitable for Five Star Hotels around it
without connection to other public transport.
No Arrival & Departure Info is provided in Delhi Metro Airport Line or
stations.
There is gauge difference also – Airport line is Standard Gauge 1.435m
whereas rest of DMRC lines have Broad Gauge lines 1.676m – due to this
Deficiency Trains of Airport Lines can’t operate on rest of DMRC
sections. Changeover is required at Dwarka Sector 21 to access
Noida-Vaishali line.
More Blunders – REMEDIES
DMRC now wants to extend this Lame Duck Line to Huda City Center in
Gurgaon. ‘The line is to be extended beyond Dwarka Sector 21 to IFFCO
Chowk in Gurgaon. The 12 km extension will have a 1.5-kilometre-long
(0.93 mi) underground section, while the rest will be elevated.’
1. Convert Airport Line to Broad Gauge and Directly Connect with Blue
Line 2. Connect Airport Line to Domestic Airport which is just 1 or
1.5 km. 3. Extension to Huda Center to have more Stations. 4. Add more
stations to Airport Lines and Changeover to other Metro Line
Crossings, Two Existing & Two Upcoming Lines. 5. Charge normal Fare &
allow use of Smart Card.
Ravinder Singh, Inventor & Consultant, INNOVATIVE TECHNOLOGIES AND PROJECTS
Y-77, Hauz Khas, New Delhi-110016, India. Ph; 091- 9718280435, 9650421857