DMA has imitated a series of CME lectures on every 1st and 3rdSaturday . These lecture on identified topics of interest where therecent research has taken place and has modified the practicing patronin terms of news guidelines.On 7th May 2016, the CME took place at DMA Hall at 1.30pm on thefollowing topics –- How to read an X-ray Chest- Dr. Nidhi Bhatnagar, Consultant,Sanjeevan Hospital- Approach to Patient with Hypertension- Dr. Prem Aggarwal, Sr.Cardiologist,, Sanjeevan HospitalOn this occasion the Sr. Cardiologist Dr. Subhash Chandra was honoredfor its distinguished services to the profession and the society. Dr.Chandra is the HOD, Cardiology Dept, BLK Hospital.Dr. Rakesh K. Gupta President, DMA on this occasion said that untilunless the physician and surgeon shall not update themselves with thelatest knowledge they can never compete in quality care. Dr. Ashwani Goyal, Hony. State Secretary said that at one side medicalassociation is fighting against the menace of quackery by theunqualified persons, we have to also fight against the lack of knowledgefrom within, so that we can serve our patients with the competingknowledge 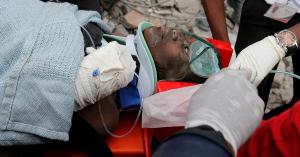 newdelhisamachara.wordpress.com – Ranjan Mohapatra, the owner-editor of CSR VISION, a monthly published from Delhi had written once that providing justice in time is far more important to the people than providing food. Forum For F…

indminenews.wordpress.com – Ranjan Mohapatra, the owner-editor of CSR VISION, a monthly published from Delhi had written once that providing justice in time is far more important to the people than providing food. Forum For F…

sagarnewspost.wordpress.com – When I was given independent Charge at age 21 of India’s biggest electrical stores in 1976 was in Total Control, – Apart From Stocks Quantity also insisted on Quality, Testing etc, in seconds as Ju…

sagarmedianews.wordpress.com – Ranjan Mohapatra, the owner-editor of CSR VISION, a monthly published from Delhi had written once that providing justice in time is far more important to the people than providing food. Forum For F…
My mom will love this:
12 67th Junior National Basketball Championship Day 7- Classification matches underway, Semifinals action to commence shortly; Delhi boys seal final semis spot
Puducherry, 7th May 2016: The 67th Junior National Basketball Championship organised by the Puducherry Basketball Association (PBA), under the aegis of the Basketball Federation of India (BFI), has entered its penultimate day at the Rajiv Gandhi Indoor Stadium in the city.
The first half of the day saw classification (i.e. placement) matches in both the boys and girls sections. Late last evening, Delhi boys sealed the final semifinals spot beating neighbours Chandigarh 68-48.

Results Day 7 (7-5-2016) till 12:00 pm
Classification match 5th, 6th, 7th and 8th
Boys
Girls
9th and 10th place
Boys
Girls
Level 1 to Level 2*
(*note that all four teams are relegated to Level 2 from Level 1 and these matches were played in order to decide the divisions of these teams between Groups C to F for next year)
Boys
Girls

26 boys teams and 22 girls teams are participating this year, with matches being played on one indoor court and three outdoor courts. As is standard practise, the teams in both boys and girls section have been divided into two Levels- Level 1 (Groups A & B) and Level 2 (Groups C to F). The tournament is played on a league cum knockout basis, with as many as 128 matches played from early morning till late night. In the league stages, all teams within each group play against each other, and the top teams qualify to the knockout stages. For an in-depth understanding of the Championship format, please visit:http://basketballfederationindia.org/index.php/on-the-court/national-events/121-junior-u18-national-basketball-championship-for-boys-and-girls
Last year in the boys section, Tamil Nadu, and in the girls section Chhattisgarh, were crowned champions. For last year’s complete results, visit:http://basketballfederationindia.org/index.php/on-the-court/results/119-66th-junior-national-basketball-championship-for-boys-girls-in-ludhiana-punjab
The full tournament groupings & fixtures are available here:http://basketballfederationindia.org/index.php/2-uncategorised/183-67th-junior-national-basketball-championship-2016-groupings-fixtures
The consolidated results & standings are available here:http://basketballfederationindia.org/index.php/on-the-court/results/187-2016-67th-junior-national-basketball-championship-for-boys-girls-1-to-8-may-puducherry-1

About Basketball Federation of India

The Basketball Federation of India or BFI is the governing and controlling body of basketball in India, and is responsible for the development and promotion of the sport at all levels. BFI has been involved in conducting camps, clinics, events, and training sessions at its academies for the development of basketball. BFI came into being in 1935 and took complete control over Indian basketball in 1950. Prior to that time, the Indian Olympic Association handled the conduct of Indian basketball championships. Since 1950, the BFI has been conducting various such championships, from the grassroots to senior team participation in international tournaments. In addition, the BFI has been responsible for the establishment of strong sub-junior and junior level programs. The BFI has to its credit produced several international players of repute, among them 17 have been bestowed with the honour of Arjuna Awards. Earlier in June 2015, 19-year-old Satnam Singh Bhamara made history by becoming the first Indian national to be drafted by an NBA team, when he was selected by the Dallas Mavericks. More information atwww.basketballfederationindia.org

It is unfortunate that Narmada Basin states namely MP, Gujarat, Rajasthan & Maharashtra instead of fully utilizing River waters are delaying Installation of Gates.
When designed over 30-40 years ago Narmada Basin has practically no storage, but is a tragedy considering Sardar Sarovar Dam need no Gates as 10 storage dams are built upstream of SSP which together already has over 20 BCM of live storages as SSP Dam Height is raised to designed level which has held up the raising height of the dam.

Narmada River has more water in the river than Used Up in MP, Maharashtra, Gujarat and Rajasthan. Out of 49 BCM to 74 BCM – 34 BCM to 60 BCM of water is lost to sea when all these four state experience regular droughts

Ravinder Singh, Inventor & Consultant, INNOVATIVE TECHNOLOGIES AND PROJECTS
Y-77, Hauz Khas, New Delhi-110016, India. Ph; 091- 9871056471, 9718280435, 9650421857
Press Release
Bombay HC expresses helplessness; can’t protect the homeless
Evicted slum dwellers of Mumbai are left in the middle of nowhere
Mumbai | 7th May, 2016: The Bombay High Court in the matter of 13 days old girl child, resident of a slum at Yari Road, in its order has expressed helplessness to provide any relief to the homeless. The Court has also cited its limitation in its jurisdiction to provide any relief to the homeless people.
A slum named Kavthekhadi at Yari road, Mumbai was demolished on 22nd March, 2016. The youngest member among those evicted was a 5 days old girl child. Evicted residents of this slum approached the Ghar Bachao Ghar Banao Andolan (GBGBA)for help. The GBGBA with the help of Advocate Mathew J Nedumpara, took this matter to the Court. Therefore, a Writ Petition was filed in the name of the 5 days old girl child through her mother. The child had become 13 days old at the time of filing of the petition.
This informal settlement was around mangrove areas and the land is owned by the revenue department of Maharashtra government. The Court has taken cognizance of this fact and passed an order saying that human habitation in such areas would be dangerous to the persons living there as well as to the environment. But at the same time the Court has acknowledged the plight of the now homeless petitioner and other homeless persons like her. The Court, while expressing its helplessness to provide any relief to the petitioner said that “to   extend   to   such   persons   any benefit or any assistance,  there has to be a legislation or law in the field”. Court added that“It is one thing to be sympathetic andconsider   such   pleas,   as   are   raised   by   Mr.   Nedumpara,  on a humanitarian basis. It is quite another to grant any relief based on them and on the touchstone of law. Eventually, we render justice   in   accordance   with   law   and   there   are,   therefore, restraints   and   limits   on   our jurisdiction also”.
In conclusion, the Court has asked the State to take into consideration the plight of the homeless and provide them night shelter and other welfare schemes.
At present there are only 7 night shelters in the whole of the city of Mumbai which came into existence long back and not with enough capacity.  As per the National Urban Livelihood Mission (NULM) run by the Ministry of Housing and Urban Poverty Alleviation, there must be one night shelter per one lakh population. As per this, at least 125 night shelters are required in Mumbai in accordance with 2011 census. The existing DP reserves only 48 night shelters in the city which too are not built.
As far as the central housing scheme the Pradhan Mantri Awas Yojana is concerned; it comes under ‘Housing For All by 2022’, but no progress is found in implement of this scheme till date.
So, the poorest section of the city’s population is again facing the vulnerability in terms of security of shelter, leaving aside the provision of the basic amenities to the poor in the city living in informal settlements/slums.
These settlements have no water facility giving way to mafias to regulate water supply. The Municipal Corporation of Greater Mumbai (MCGM) is not complying with the order of the Bombay High Court which directed the Corporation to provide water to all the colonies whether authorized or unauthorized. Similarly, there is either no provision or least provision of toilets in these settlements. The MCGM is not respecting the guidelines set under the ‘Swachha Bharat Abhiyan’ and is behaving exclusionary in providing the services under the Abhiyan. Recently, citizens were deemed to be punished if found to be defecating in open through the ward offices of MCGM, in order to discourage them to stop this practice. There is however neither concern nor any practical planning to construct maximum number of toilet blocks to discourage  defecation in the open.
As far as education is concerned, MCGM laggs behind in providing school services in accordance with the Right To Education Act, 2010. This is forcing poor families to send their children to private schools, whose fees consumes considerable amount of their income.
The Ghar Bachao Ghar Banao Andolan, handed over a memorandum to the Chief Minister of Maharashtra during the massive rally by the urban poor of the city on 5thApril, 2016. In the memorandum it warned the state government of an intense struggle if the state government does not stop evicting the poor which deprive  them of their Right to Shelter which a part and parcel of the Right to Life under Article 21 of the Constitution. GBGBA will soon take  the agitation to its next phase if the plight of the poor continues to be ignored.
Medha Patkar                        Neha Jaimati              Uday Mohite           Anwari Shaikh
Shyam Sonar              Bilal Khan
9423965153/9958660556
at May 07, 2016 No comments: Links to this post