Minister of state (I/C) for youth affairs and Sports Shri vijay Goel has said that the Government under the dynamic leadership of Prime Minister, Shri Narendra Modi  has embarked on the mission of building a united, strong and modern India – “Ek Bharat, Shreshtha Bharat”, following the principle of “Sabka Saath, Sabka Vikas”.  In his key note address at the inaugural session of the Youth Pravasi Bhartiya Divas at Bengaluru today he said that a number of path-breaking initiatives have been taken and these are exciting times in India.   He said  ‘Make in India’ campaign has been launched to develop India as a global manufacturing hub. ‘Digital India’ initiative seeks to transform India into a digitally empowered society and knowledge economy. ‘Skill India’ has being launched to impart necessary skills to prepare Indians for the opportunities in Indian Economy as also the opportunities abroad. A number of initiatives, including Smart Cities Project, have been launched for developing infrastructure. ‘Swachh Bharat Mission’ and ‘Clean Ganga’ Mission have been launched for building a clean and green India.
The minister said, the Government is laying great emphasis on promoting enterprise and innovations, in order to unleash the youth energy and to put India on the path of high rate of economic growth and employment generation. ‘Start up India’ campaign has been launched and a very liberal and attractive policy regime, comprising of tax and non-tax incentives, has been created to promote start-ups in India.
Shri Goel said all these initiatives of the Government require active involvement and support of all stakeholders. Huge investments will be necessary. The young Indian Diaspora can play an important role in this ambitious task of building a modern and prosperous India. The Government has also taken various steps to facilitate this process by simplifying rules and procedures for the Overseas Indians.
Shri Goel said the youth are indeed the most dynamic and vibrant segment of the population in any country. India is one of the youngest nations in the world, with about 65% population under 35 years of age. It is expected that by the year 2020, the population of India would have a median age of 28 years only as against 38 years for US, 42 years for China and 48 years for Japan.
He said, the Indian Youth have always been highly talented, hard-working and enterprising. A large number of young Indians have moved to various parts of the world and have made valuable contributions, earning a good name for themselves and for the country of their origin. A sizeable section of Overseas Indian community comprises of highly skilled young professionals, who have been extremely successful in their respective spheres of work. Indian IT professionals command respect all over the world.
Shri Goel said his Ministry is engaged in the noble task of developing the personality and leadership qualities of the youth by involving them in community service and various nation-building activities. This is being done, inter-alia, through two youth volunteering organisations, namely, National Service Scheme (NSS) and Nehru Yuva Kendra Sangathan (NYKS). NYKS currently has 8.6 million youth volunteers enrolled through 3.03 lakh youth clubs with presence in entire rural India and NSS has 3.66 million student volunteers in senior secondary schools and colleges all over the country.  In fact, NSS was started in 1969, the birth centenary year of Mahatma Gandhi. Mahatma Gandhi had once said “The best way to find yourself is to lose yourself in the service of others”. In the same spirit, the Motto of NSS is “Not Me, but You”. We also have Rajiv Gandhi National Institute of Youth Development (RGNIYD), which is our premier institution in the field of youth development.
Shri Goel said, the Overseas Indian youth willing to make contribution to various social causes can connect to NYKS, NSS and RGNIYD and work with them to contribute in building a strong India. 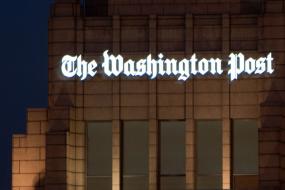 theintercept.com - Whether the Post’s false stories here can be distinguished from what is commonly called “Fake News” is, at this point, a semantic dispute, particularly since “Fake News” has no cogent definition. D...

The Facebook Algorithm: What You Need to Know to Boost Organic Reach

blog.hootsuite.com - Facebook boasts a whopping 1.65 billion monthly active users. It remains the most-used social media site among all ages, accounting for one in every six minutes spent online and one in every five m... 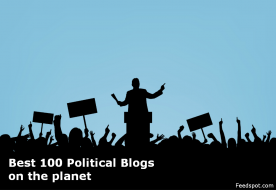 blog.feedspot.com - The Best Political blogs from thousands of top Political blogs in our index using search and social metrics. Data will be refreshed once a week. These blogs are ranked based on following criteria C... 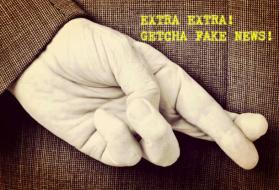 21stcenturywire.com - The Washington Post has been caught lying and deceiving the public twice in the last few weeks pushing the unfounded mainstream media meme that Russia invaded the U.S. electric grid and another cla...

‘Fake News’, Russia, And The Conflict Of Interest At The Washington Post

inquisitr.com - As the controversy over fake news rages on, a notable conflict of interest exists concerning one of the media outlets that has driven much of the conversation. While much of the blame for so-called...

How Facebook’s News Feed Works – As Explained by Facebook

socialmediatoday.com - Facebook’s recent F8 conference was a huge event, with a heap of information on new products, projects and the future ambitions of Zuckerberg's ever-expanding social behemoth. In fact, there was so...
All Science → 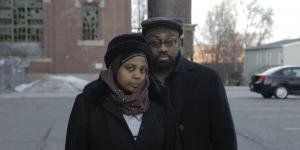 huffingtonpost.com - This morning I sat at my computer, as usual, getting caught up on Facebook notifications from the night before. As I sipped my coffee, I scrolled the timeline to see what’s good in the news headlin...
All Technology →