Probabilities are many as per the records of past present and anticipating with pulse of people the many fold  permutations and combinations more than two probabilities are going beyond predictions of the results. 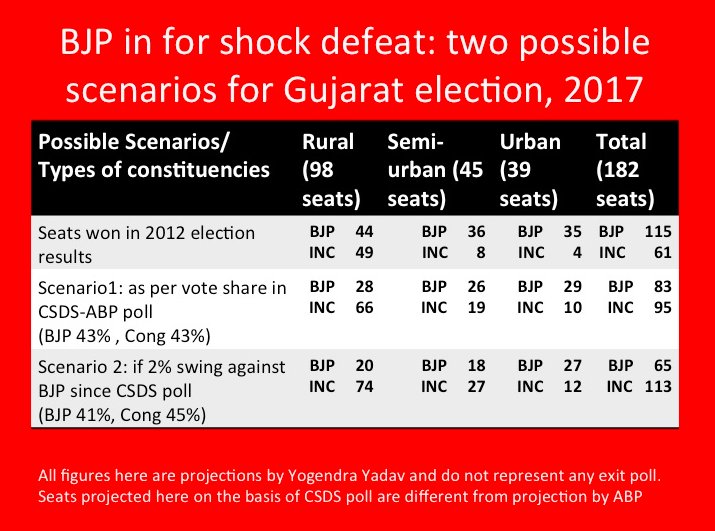 World Economic Situation and Prospects 2018, the world economy move upwards with Asian regions the prime mover with global peace picks,trade matures,infra expenditure rise the innovations picks up mitigate global financial crisis. In 2017, global economic growth reached 3 % he highest growth rate since 2011, growth is expected to remain to tread in acceleration progression for the coming year. The global economic situation provides better economical and trade in regional or eco- grouping an opportunity for countries to enhance their socio-eco cum political strategic policy towards longer-term on issues that of alternative intelligence, sustainable growth with low carbon emission, faster economic growth, mitigating inequalities with better education and health for all, economic diversification and eliminating deep-rooted poverty,politico and social shortcomings that hinder development.
.

Asian countries and Argentina, Brazil, with developing economies remain the main drivers of global growth. During 2017, East and South Asia accounted for nearly half of global growth, as both regions continue to expand at a rapid pace. The Chinese economy alone contributed about one-third of global growth during the year

Israeli and Palestine clashes continued on Wednesday, Palestinians  were protesting on US President Donald Trump’s recognition of Jerusalem as Israel’s capital.
Cities  Nablus and Hebron in the West Bank, protesters set fire to tires and threw stones at Israeli forces. The Israeli troops responded with rubber bullets and tear gas.
Gaza protests forced Israeli forces fire live bullets in a confrontation with stone-hurling protesters.
The Palestinian Red Crescent says 132 people were wounded in Wednesday’s clashes.The Palestinian side is calling for massive protests on Friday, declaring it “Day of Rage.”
Media agencies

Dear Naresh Kumar Sagar,
A new edition of the World Water has been released.
Click on the front page of the World Water and scroll through the interactive edition as you would read it from a news stand.
This magazine can also be downloaded to PDF format by going to ‘Menu’ then “Download PDF’ then ‘Download All’
Thank you for using this interactive service.
This email has been sent out on behalf of WEF. If you believe you have received this email in error, please notify WEF at nchristy@wef.org.

Pahle India Foundation is a not for profit policy think tank, established in June 2013 as a Section 8 company. PIF’s motto is “Facilitating Policy Change.”  PIF is committed to enriching the public discourse and also to influence policy formulation that will help India successfully complete its triple transition in economic, political and social fields.

With this in mind, Pahle India Foundation is organising a “Pre-Budget 2018 Conference” on 19th December 2017 at Juniper Hall, India Habitat Centre, Lodhi Road, New Delhi, from 10.00 am to 4.30 pm, wherein we will be holding 3 sessions as under:

A detailed programme is given below for your information.

We hope to submit a detailed policy brief that summarises the discussion,as part of the overall 2018 Budget Asks,to concerned regulators andpolicymakers, to try and push the policy forward.

We look forward to seeing you at the Conference.

Finally, the meeting of ‘International Punjab Forums’ on Sikh Reforms held today in Delhi. Tha main motive behind the meeting was to make some major changes in Sikh weddings and other religious ceremonies. The press conference took place in Nation’s Capital at the Hotel Le Meridien, CP.
For the vital discussion with media, several prominent people were present, which includes Dr. Raju Chadha, (Wave Cinema Chairman), Manjit Singh GK (President Gurudwara Management Committee), Prabhu Chawla (Editor, The New India Express) along with other personalities belongs to Sikh Community. Everyone came together to discuss Sikh Reforms and to control the expenditure on Sikh marriages.
Well, last year to make major changes in Sikh Weddings and other religious ceremonies, one of the top, around five Sikh priests passed a historic resolution, which has a wide impact for the Sikh Community in India and around the World. The resolution passed on December 12, 2016, aims to bring back simplicity into the ceremonies and reduce financial burdens on families.
Therefore, this meeting took place to take some important decisions regarding Sikh Reforms were announced for the Sikh Community, along with serious discussions on their marriage rituals. Well, for the same Wave Group Chairman, Dr. Raju Chadha Said, “The members of the community should use modern communication methods for the distribution of wedding cards. A lot of time and money is spent by families in distributing the cards door to door to their relatives and friends. This can be simplified if the cards are sent by courier or e-mail or whatsapp messenger. This will save a lot of time, money and energy of many people.”
On the other hand, Manjit Singh GK, President Gurudwara Management Committee Said, “The poor and the middle classes who spend money they don’t have. As the girl’s side bears the burden, the high expenditure on weddings fuels female foeticide and infanticide, poverty, malnutrition, illiteracy and even suicides. In other words, one wedding can set a man back by a decade as he struggles to repay the loan he has taken for his daughter’s wedding.”

Jivi mobiles revolutionizes the mobile market; launches touch and type 4G smart phone @ Rs 3,999
New Delhi, 13thDecember 2017: Jivi mobiles have launched its new revolutionary offering- “RevolutionTnT3” Touch & Type 4G smart phone. Priced competitively at Rs 3999, Revolution TnT3 is set to take the smartphone market by storm. The innovative product offers great style combined with advanced technology. Almost 60% of the populationin India still uses feature phones and is apprehensive to make a shift to smart phones due to the perception of smart phone being complicated to use. The idea is to reach out to those who are graduating from feature phone to smart phone so that they can have the best of both worlds.

Revolution TnT3 is a unique device with dual exposure and 22 regional language support, with a touch screen of 10.16 cm (4”) WVGA display and finger print sensor. Powered with 2300 mAh durable battery and Quad core processor – 1.3GHz, the smart phone is the ideal device for multi-tasking.

Unveiling the device, Mr. CP Batheja, Managing Director, Conplex International Limited, Hong Kong, Sourcing partner of the brand, said “We are extremely happy to bring this new product for our discerning customers in India. Revolution TnT3 is designed to suiteveryone’s pocket besides being extremely user-friendly. This incredible new product is a great option for the people-especiallythe senior citizens and elderly who want to enjoy touch screen experience and are used to a feature phone keypad, both at the same time.Revolution TnT3 will allow them to graduate from a feature phone to a smart phone easily.”

Talking about the new product, Mr Pankaj Anand, CEO of jivi Mobiles said, “At Jivi, our focus is on providing cutting-edge technology at best prices. Our research team has worked tirelessly in making this a reality. We are one of the only company in the country to have developed such a unique product and are offering it at such amazing price points of Rs. 3999. This is the only 4G Smartphone with Touch screen & Keypad.

“Currently only limited quantities of the product are being made available in the markets through selective retail outlets in all the four regions in the country. The product would be made available in big quantities by the middle of February, 2018 to meet the customer demand. However, that should not deter the customers, dealers to place orders with the company immediately as the product quantities would be decided on first come first serve basis,we have a plan to sell 2-3million device in next financial year” added Mr Pankaj Anand.

Jivi mobiles has recently entered into the smart phones,launching 5 models at affordable prices and has received tremendous response. Jivismart phones exhibit great style combined with cutting-edge technology, the devices aspire to be the ideal companion for people who are looking for offering seamless and enhanced user experience at an affordable price.Jivi Mobiles also appointed Bollywood personality Irrfan Khan as their Brand Ambassador early this year.
Jivi Mobiles has taken a major step in the direction of realizing Prime Minister Narendra Modi’s Vision of ‘Make in India’ by setting up two new facilities. Jivi Mobile first factory is in New Delhibuilt up on an area of 20000 sq. ft. which caters to North and East India demand of Jivi Mobile phones. Company’s 1stfacility in Delhi has a capacity to roll out 0.7 million phones per month and it employs some 350 employees in the first phase.

Second facility of Jivi Mobiles which is located in Lonavla, Maharashtra to cater to the South and West parts of the country with a manufacturing capacity of 1 million phones, it would be operational in the coming months.

About Jivi:-MagiconImpexPvt. Ltd., founded in 2004, the company’s own brand was launched in 2011 with an aim to offer “Rich on Features, Value for Money” mobile phones to the Indian populace. JIVI Mobiles has a network of more than 800 service centers Pan India. Jivi Mobiles has a world class service support for customer query about product features and service support, facilitated by the toll free number. Having 25 branch offices, more than 38,000 dealers & 650 distributors under its umbrella, JIVI Mobiles represents the robust growth of a Smart Developing India.