National Herald case: Delhi Court extends date of appearing of Sonia, Rahul & others till Dec 19.A trial Court in Delhi has allowed exemption plea of Congress President Sonia Gandhi, Party Vice President Rahul Gandhi and others for today in the National Herald case. It has directed Sonia Gandhi, Rahul Gandhi and other accused to appear in person on 19th of this month.
Sonia and Rahul’s pleas challenging summons issued to them in the case by the trial court was dismissed by the Delhi High Court yesterday. The summons were issued on a criminal complaint lodged by BJP leader Subramanian Swamy for alleged cheating and misappropriation of funds in acquiring ownership of now-defunct daily National Herald.
Mr.Swamy today filed a caveat in the Supreme Court to pre-empt any ex-parte order on appeals likely to be filed by Congress chief Sonia Gandhi and her son Rahul in the case. Congress has said it will challenge Delhi High Court’s decision refusing to quash lower court’s summons to party president Sonia Gandhi and Vice President Rahul Gandhi in the National Herald case. Party spokesperson Abhishek Manu Singhvi claims that the High Court’s decision is legally unsustainable.
Meanwhile, the BJP today categorically stated that it has no role to play in the National Herald case. Talking to reporters after BJP parliamentary Party meeting in New Delhi, Union Minister and BJP leader Rajiv Pratap Rudy said, the case is under court’s jurisdiction.
The Minister said, there is no political interference in the case. On the other hand Congress has termed the entire case as political vendetta. Party spokesperson Abhishek Manu Singhvi said, the party believes that the case has no legs to stand upon and will fight it within the confines of the law.
Congress President Mrs Sonia Gandhi has said she is not scared of anyone. The party in a tweet quoting Mrs Gandhi said, she is daughter-in-law of Indira Gandhi. Her response comes in the wake of National Herald newspaper controversy.
PRESS INVITATION

“Ketan Mehta”
&
Press Meet for the
Bengali Film
-‘Rajkahini’ with Rituparno Sengupta
Time   : 2 p.m onwards
Date    : 9th December (Wednesday)
Venue : N.D.M.C Convention Centre, Sansad Marg, C.P
8th Dec,’15
Lack of transparency in finances of parties affects governance, trust of people:
ADR round table general consensus
New Delhi: Over 20 speakers, including Shri Saurabh Bhardwaj (AAP MLA, Delhi), former CEC, Dr S. Y. Quaraishi, Former Information Commissioners, Shri Shailesh Gandhi and Shri M. L. Sharma, and eminent journalists including Shri Amit Baruah (Managing Editor, The Hindu) and Shri Satya Prakash (Legal Editor, Hindustan Times) spoke on the issue of Transparency in finances of political parties, at the Round Table organised by Association for Democratic Reforms (ADR) at India Internal Centre, here today.
The Round Table began with a brief introduction by Founder-Trustee of ADR, Prof Trilochan Sastry, emphasised the need for ushering in greater financial transparency in the functioning of political parties and hoping to get concrete suggestions from the panel for action to improve the current scenario.
While speaking on the session titled ‘Legal recourse to oppose the blatant disregard of rules on financial transparency by political parties’, Shri M.L. Sharma stated, “…. the only way to achieve transparency in finances of political parties is that the Supreme Court upholds the decision of the Central Information Commission bringing political parties under RTI but the Apex court also ensures that all parties obey the order by imposing such a penalty that would deter them from being opaque in their finances”. “….. transparency only in the finances of political parties through the Right to Information Act and not other aspects of functioning, such as ticket distribution, will set a dangerous precedent”, said Shri Shailesh Gandhi.
Shri P.K.Dash, former Director-General (Expenditure) at the Election Commission of India, who is currently the Additional Secretary and Financial Advisor to the Ministry of Environment and Climate Change, felt that the current laws on finances and functioning of political parties is ambivalent. He felt, “…. a further opaque layer in the funding of political parties has been created due to the presence of Electoral Trusts which are created and managed by corporate houses”. He also added, ”The future course of action for ushering in transparency would depend on the decision of the Supreme Court bringing political parties under RTI, pro-active interest of the ECI and public pressure through PILs and mass media campaigns”.
While talking about the various legal roadblocks faced in ushering in transparency in the finances of political parties, noted RTI Activist, Shri Subash Chandra Agarwal agreed with Shri Shailesh Gandhi’s views on transparency and added that the issue could be sorted out by focusing on filing RTI applications and PILs for larger public interest.
President of PRS Legislative Research, Shri M.R.Madhavan, spoke on the issue of ‘Conflict of Interest and its repercussions on Indian Democracy’ and stated, “Unfortunately, the Rajya Sabha has a Register of Members’ Interest while the Lok Sabha, with a comparatively larger number of MPs, does not. While it is important to have members of the parliament from various spheres such as educational experts and businessmen, it is also crucial to not let conflict of interest come in the way of effective law making”.
Talking on the session titled “Transparency, Accountability and Good Governance – their presence and absence”, Shri Satya Prakash, Legal Editor, Hindustan Times, opined that the founding fathers had blundered by not providing any provisions in the Constitution nor the Representation of the People Act to deal with the finances or functioning of political parties. He said, “The ECI can register political parties, however in case of gross irregularities, it does not have any power to deregister the parties”. He stressed that the focus must shift from individual candidates to political parties themselves, because the party system is ultimately running the entire political system.
Shri Venkatesh Nayak of the CHRI, speaking on the same issue felt that the political parties are an instrumentality of government hence they cannot have private interests, as they publicly claim to represent the people’s interests. He said, “There is no credible mechanism within the government to scrutinize filing of statements such as audit reports, donations report and the expenditure statements by parties”.
Saurabh Bhardwaj, MLA, AAP, personally felt it was an uphill battle. He felt there was not enough coverage given to the counter affidavit in the UOI vs Political parties under RTI in Supreme Court. He said, “…. there is a nexus between politicians, media and corporates”. He fully supported transparency in political parties, and mentioned loopholes like no limits on political parties’ expenditure during elections lead to increase use of black money. He felt that there should be more public opinion building through debates on this issue. Prof Chhokar, Founder-Trustee of ADR suggested that the AAP should pro-actively appoint a Central Public Information Officer and provide information to the public for promoting transparency. He also felt that all parties should commit to come under the ambit of the RTI as it would benefit them in the longer run.
Speaking on the session titled “Exploring the possibility of scrutiny of statements submitted by political parties”, Shri Shahid Khan, Former CBDT member, said, “On the one hand, RTI is a tool that every citizen needs to utilize to learn more about the finances and functioning of political parties, whereas filing of PILs in the courts is also one of the strengths. But, that alone will not bring about the change that is required to improve transparency in parties. The need of the hour is to bring in a law exclusive to regulate the registration and functioning of political parties.”
Final speaker of the session was Shri Amit Baruah who said that the people now have an opportunity to bring political parties under the ambit of the RTI Act. A wholesome solution will not be achieved unless the funding of political parties are not looked into.
For a copy of the Agenda and the background notes, please refer tohttp://adrindia.org/events/roundtable-transparency-finances-political-parties-and-way-forward 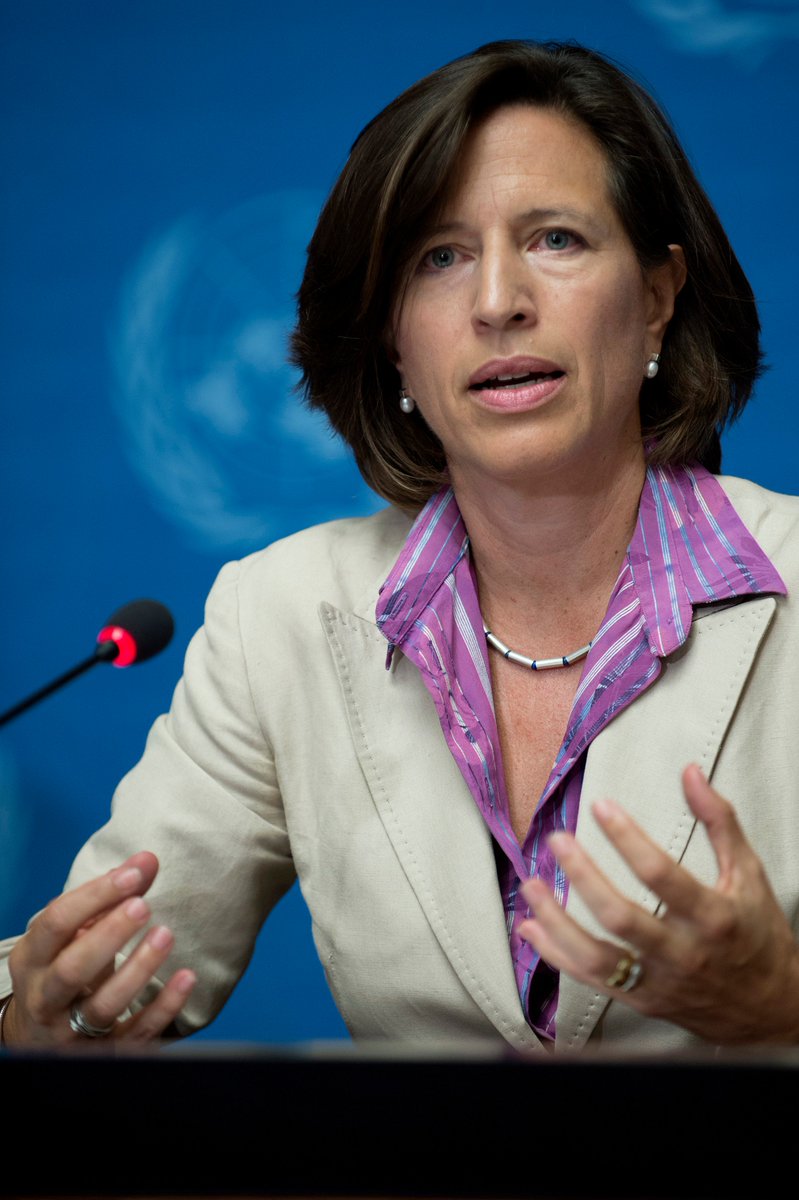 AirLive.net ‏@airlivenet 25s25 seconds ago
UPDATE #AF83 Nothing found on board, passengers are now going back to the plane /@tserval http://ift.tt/1NSOT7O 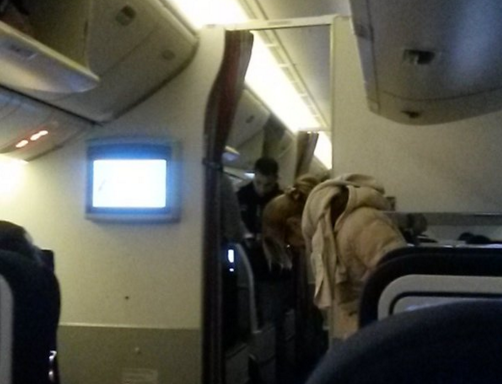 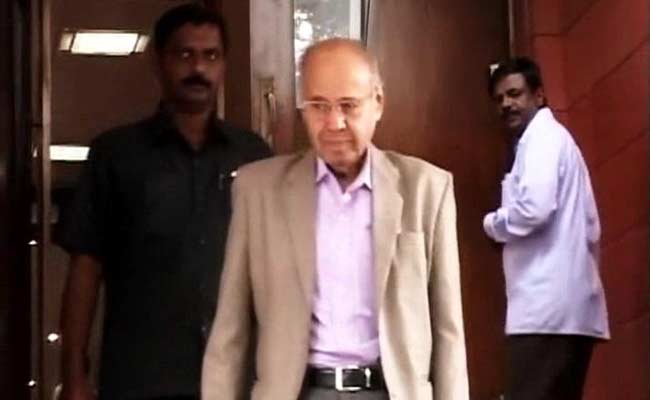