Race Course, Delhi must be converted into a National Memorial for Farmers

Race Course, Delhi must be converted into a National Memorial for Farmers
At a time when the entire country and the parliament are discussing land acquisition, Jai Kisan Andolan would wish to draw everyone’s attention to the case of Delhi Race Club. Situated at the heart of Lutyen’s Delhi, across the road from the residence-cum-office of the Prime Minister of India, the race course is a symbol of all that is wrong with the current practice of land acquisition: forcible dispossession of farmers, unfair compensation, unfulfilled promises, unsettling of families and communities, brazen use of “public purpose” for private gains, collusion of public authorities with private entities, refusal to correct historical wrongs. Therefore Jai Kisan Andolan has decided to take this up as a symbol of our nation-wide movement against the current Land Acquisition (Amendment) Bill, 2015.
Here are the relevant facts about the Race Course:
It is clear that the Race Course symbolizes much of what is wrong with the practice of land acquisition. Use of acquired land for gambling for private profit is a travesty of “public purpose”. That it should happen right opposite the office-cum-residence of the Prime Minister of the country is nothing short of a public scandal.  That the Club should continue its operations after the expiry of its lease suggests collusion with the government.
Delhi Race Club is not an exception. Experience of the operation of Land Acquisition Act has shown that there is widespread misuse of land acquired under “public purpose” for private benefits. Jai Kisan Andolan proposes to bring out further details in the public domain of the misuse of land acquisition. For us the Race Course is a symbol, a powerful symbol, of the perils of land acquisition, especially of extending land acquisition for private entities as proposed by Land Acquisition (amendment) Bill.
Therefore, Jai Kisan Andolan has decided to serve a Public Notice to the Prime Minister calling upon him to immediately
This piece of land which today is a symbol of expropriation of the farmers for the indulgence of our colonial masters and their Indian successors should become a national symbol of acknowledgement of historic wrongs and a beacon for the future of Indian farmers.
On behalf of the farmers and citizens of India, the Jai Kisan Andolan has served a notice to the Prime Minister. We expect the government to respond within two weeks, by the evening of 9th August (International Day for the Indigenous People and the day of the great August Kranti), failing which we would be constrained to find other peaceful and democratic ways to achieve the demands stated above.
Jai Kisan Andolan is a movement launched by Swaraj Abhiyan. It seeks to mobilise farmers and non-farmer citizens of India to demand, among other things, withdrawal of Land Acquisition (amendment) Bill. It has reached thousands of villages and has collected Kalash containing earth from the field in that village. The Andolan is supported by more than 40 farmers organisations across the country. Its Jai Kisan March begins on 1st of August from village Thikriwal in Barnala (Punjab) and concludes with a rally at Jantar Mantar on 10th of August.
Notice to Prime Minister: 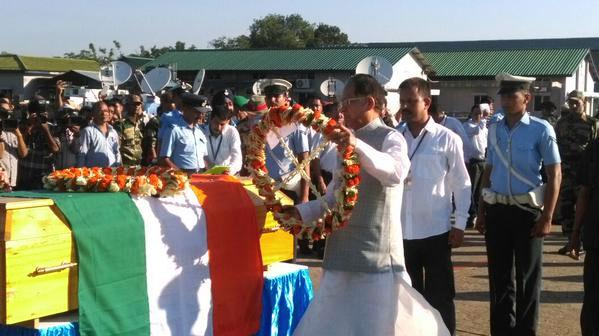 Email ThisBlogThis!Share to TwitterShare to FacebookShare to Pinterest
India Signs Loan Agreement with ADB worth $300 Million to support the Government’s Flagship Program, The National Urban Health Mission (NUHM)
The Government of India and the Asian Development Bank (ADB) today signed a $300 million loan to support the government’s flagship program, the National Urban Health Mission (NUHM) that is aimed at improving the health status of the country’s urban population.
The loan – Supporting National Urban Health Mission – will reinforce ongoing government efforts under the NUHM to develop health systems in urban areas that can deliver quality health services and that reach the urban poor and vulnerable. It will focus on strengthening primary health care and also promote better coordination between health and urban sectors and opportunities for public-private partnerships.
“The program’s due attention to achieving convergence across key sectors that affect urban health, and to actively involve urban local bodies in planning and delivery of urban health services, is commendable,” said Shri Raj Kumar, Joint Secretary, Department of Economic Affairs, Ministry of Finance, Government of India who signed the agreement on behalf of Government of India.
“The use of ADB’s results-based lending modality will strengthen NUHM systems and overall results orientation, while allowing states the flexibility they need to pursue targets that they need locally,” said M. Teresa Kho, Country Director of ADB’s India Resident Mission, who signed the agreement on behalf of ADB.
Shri N. B. Dhal, Joint Secretary (NUHM) at the Ministry of Health and Family Welfare, signed the project document on behalf of his ministry. The signatories to the loan also signed the accompanying capacity building technical assistance of $2 million, financed by the Japan Fund for Poverty Reduction.
Significant capacity building and mechanisms for learning and innovation are also in-built to enhance NUHM systems, management capacity, and implementation processes.
India is urbanizing rapidly, bringing a massive growth of urban poor. Disparities in health status between the poor and non-poor in urban areas are large, due to the adverse living conditions of the urban poor and their limited access to good basic health services. There are few preventive and primary health services in urban areas, while millions of people are faced with poverty every year due to high costs related to health care.
at July 28, 2015 No comments: Links to this post