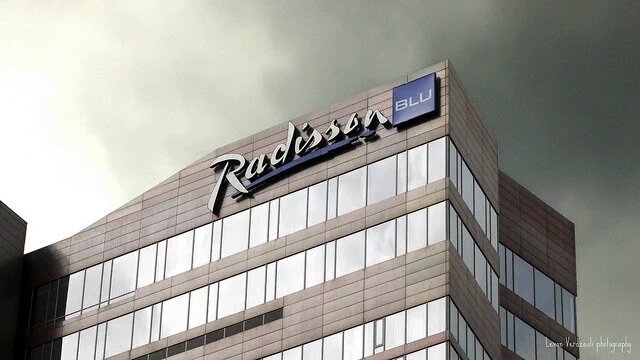 23 mins ·
Hillary: Saudi is "the most significant source of funding for Sunni terrorists worldwide"
https://wikileaks.org/plusd/cables/09STATE131801_a.html…

Download a PDF of the report and multimedia materials from:http://uni.cf/1ONW3dm

NEW YORK, 20 November 2015 – The world remains a deeply unfair place for the poorest and most disadvantaged children despite major advances since the adoption of the Convention on the Rights of the Child in 1989, according to a UNICEF report released today.

“In just over a generation, the world has cut child death rates by half, put over 90 per cent of children in primary school, and increased by 2.6 billion the number of people with access to safe water,” said UNICEF Executive Director Anthony Lake.

“Yet children make up almost half of the world’s poor, nearly 250 million children live in conflict-torn countries, and over 200,000 have risked their lives this year seeking refuge in Europe.”

The report, For every child, a fair chance: The promise of equity, presents a statistical picture of how the world’s most marginalized children have fared against basic human development indicators. It points out that:
“Such vast inequities fuel a vicious intergenerational cycle of poverty and disadvantage,” Lake said. “But it doesn’t have to be this way. We know how to slow, stop, and reverse it into a virtuous cycle of intergenerational progress. It is up to us to decide to do so through more commitment and resources. We must make this moral, pragmatic, strategic…and fair…choice.”

For every child, a fair chance makes the case for closing persistent gaps in equity, arguing that investing in children, particularly the most vulnerable, is right in principle and right in practice – and that such investment brings multiple benefits not only to children but also to their families, communities and economies.

An impressive team of UNICEF Ambassadors are raising their voices or activating their social media networks to help spur action for the world’s most vulnerable children as part of UNICEF’s “Fight Unfair” campaign.

“It is shocking to think that one in nine children lives in a country affected by armed conflict, witnessing horrific violence and having their rights to survival, health and education destroyed,” said British actor and UNICEF Goodwill Ambassador Orlando Bloom. “I travelled with UNICEF to the former Yugoslav Republic of Macedonia and Serbia to see the how war is driving children and their families from their homes. The world is facing the biggest refugee crisis since World War II. Every country that can should be supporting the children and the families who have been affected.”

About UNICEF
UNICEF promotes the rights and wellbeing of every child, in everything we do. Together with our partners, we work in 190 countries and territories to translate that commitment into practical action, focusing special effort on reaching the most vulnerable and excluded children, to the benefit of all children, everywhere. For more information about UNICEF and its work visit: www.unicef.org

India-Australia settle first test on a draw
Rajnandgaon, 19th November 2015: The first match in the three match test series between India and Australia today ended at in a draw at Rajnandgaon, Chhattisgarh. This match also marks Chhattisgarh’s first ever exposure to an international match, which was played at Rajnandgaon. The match which ended on an even score of 2-2 will be followed by two other matches on 22nd and 23rd November at the recently inaugurated Sardar Vallabh Bhai Patel International Hockey Stadium, Raipur, Chhattisgarh.
The world leaders Australia drew first blood through a field goal in the ninth minute of the first half from Dylan Wootherspoon. This resulted in the Indian forwards increasing the pace and was duly rewarded by a penalty corner. VR Raghunath made no mistakes thereafter to convert the penalty corner into a goal, levelling the score at an even 1-1 in the 28th minute. The first half came to an end with India and Australia levelled at 1-1.
The second half saw a sudden surge in the energy levels of the Indian attack, which resulted in another goal from VR Raghunath through a penalty corner in the 43rd minute. Top ranked Australia pressed very hard on the Indian’s thereafter, but the Indian defence was in their element as they successfully blocked all the Australian attacks. However a penalty corner in the 58th minute of the game to Australia spoiled India’s chances of registering an important win, as the visitors converted the penalty corner through Chris Ciriello to level scores at 2-2.
“It was an important match, and we were tested on all fronts. The good news is that we have shown composure and we played with the hunger to win. We will go back to reconstruct our strategy for the next match and hopefully we should see the results favouring us,” said Director High Performance and Chief Coach Indian Men Team, Roelant Oltmans.
Largely billed as a warm up series before the all-important Hero Hockey World League Finals at Raipur from the 27th November till the 6th December 2015 the test series will give both the teams much needed match practice, test bench strength and try out strategies besides a first-hand use of the newly laid pitch at the Sardar Vallabh Bhai Patel International Stadium at Raipur, Chhattisgarh.
India plays Australia in the second of the three match series on 22nd November 2015 at the newly inaugurated Sardar Vallabh Bhai Patel International Stadium in Raipur, Chhattisgarh.
The match will be telecasted LIVE & Exclusive on Star Sports.
HOCKEY INDIA TEAM PARTNERS
Dear Travel Partner,

Vani, Smriti and Gursimar share the honours after day 2

Chad’s parliament has decided to prolong a state of emergency in the southern Lake Chad region, prey to bomb attacks by the Nigerian Islamists of Boko Haram, AFP reported. The resolution will extend the special powers given to regional authorities until March 22, 2016, a parliamentary source said Thursday. The government initially decreed a state of emergency in the region on November 9 after two female suicide bombers killed two local people and injured 14 others at Ngouboua. Boko Haram has launched raids against Chad, Cameroon and Niger as the three countries deployed troops to help Nigerian forces.
THE ITALIAN EMBASSY CULTURAL CENTRE
and
INDIA INTERNATIONAL CENTRE
HAVE THE PLEASURE TO INVITE YOU

Harsimrat Badal is best knowledgeable minister in central government at present in charge of Pigmy Ministry – Food Processing Industry has limited Scope – has no Control in Food Processing/Agriculture Machinery, Storage & Marketing of Foods, Financing of Agriculture, Irrigation, Power etc. Key issues before MoFPI –
i.]  Minimize Food Waste from Farm to Consumers estimated at Rs.92,000 Crores annually – it is not clear whether this is based on Farm Price or Retail Price.
ii]  Maximize Farmers Income while Minimize Cost to Consumers.
iii]  Maximize NUTRITION & FRESH  SUPPLY of foods to consumers.
iv]  Minimize GARBAGE Production in cities, retain Nutrients in waste in farms.
v]   Minimize Green House Gas Impact, MINIMIZE FOOD TRANSPORT.
How & Why ‘Food Processing Park Policy’ Failed Since 2008?
file:///E:/FARMING/FOOD%20PROCESSING/exp.pdf.pdf
Food Processing promotion expenditure is barely Rs.600 crores or $100m annuallyreflects inadequacy and failure of the policies since 2008. In Punjab most of the promotion schemes were allocated to Rice Mills under technical up-gradation.
·        Idea of Food Parks or Mega Food Parks was most WEIRD – when in India ideal LEAD distance from Farm to Factory is 5km to 10km – Food Parks/Mega Food Parks were located in many cases over hundred kilometers.  Cost of transportation from Farm to Factory could be very significant.
·        Roads and Highways in most cases are BUMPY and most trucks and tractor trolleys are UNSUITABE for transporting Fruits & Vegetables. In USA Trucks use same technology as VOLVE Buses are fast average 100 kmph.
·        Food Parks/Mega Food Parks couldn’t link up with Farmers.
ü          Food Factories in All Panchayats, Food Park in Every Bloc
ü      This Shall Promote Diversification of Agriculture, Minimize Long Distance Transportation of Foods Like Pulses Vegetable Oils Grains Fruits Vegetables
ü      Home Deep Freezers/Refrigerators OVER Cold Storages