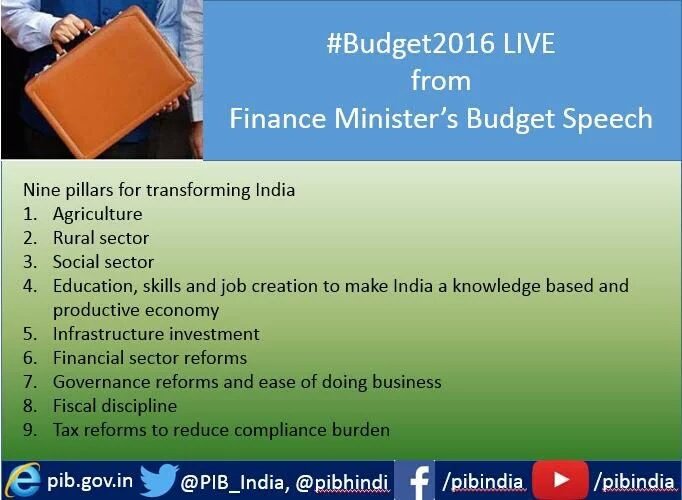 “The Union Budget for FY 2016-17 is a big step in terms of aiding the common man, small entrepreneurs and companies looking to invest in India. Ease of doing business and financial sector reforms being two of the nine pillars that the Government will look towards to transform India, is a welcome move. In addition to this, the rationalisation of custom duties and excise duties for raw materials, manufacturing for the IT and Hardware sector apart from various sectors to boost the Government’s ‘Make In India’ sector are definitely going to boost the manufacturing sector and lower costs for firms looking to do business in India. Passing on duty differential benefits to components and accessories that go into manufacturing of phones is clearly an extension of promoting Make-in-India. It should also help built the domestic component ecosystem in the long term. But till a competitive supplier base is established in India, there may be a marginal increase in cost of the box due to higher cost of accessories.”
By:  Sudhin Mathur, Director- Smartphone Business, Lenovo Mobile Business Group (MBG) based on the Union Budget for 2016-17.
The Journey to “Healthcare for All” has truly begun

The Union Budget for 2016-17 is transformative in nature and is aimed at empowering the rural population and strengthening the ‘bottom of the pyramid’. This will play a key role in fuelling the overall economy and help sustain a growth rate of over 7%, which is a bright spot in a sluggish global economic scenario.

For the healthcare sector,the three major measures announced are aimed largely at the underserved and rural segments of the country, and support the National Health Policy 2015 which advocates healthcare as a fundamental right.

The announcement of Health Protection Schemewhich will offer health insurance of upto INR 1 lakh per family and INR 1.3 lakh for senior citizens,is welcome as this will be in addition to the Rashtriya Swasthya Bima Yojana which currently provides a cover of INR 30,000. This, we believe is a significant move towards universal health cover.

The budget has also envisaged opening of 3,000 drug stores that will provide generic medicines at lower rates. This is a step in the right direction and will effectively complement the various rural health schemes to make medication more affordable and accessible.

While both these announcements cannot replace the need for providing basic health services, it will go a long way in reducing the burden of health expenditure on the segment of the population that needs it the most.

A recent research published in Lancet suggests that up to 70% patients in India who start dialysis discontinue it within three months of starting it due to the high cost. In this light, the announcement of a National Dialysis Service Programme to provide treatment at all district hospitals through Public Private Partnership will not only make it more accessible but will also reduce the cost of procedure. We hope this will address the issue of discontinuation of the treatment and reduce the mortalitycaused due to complications arising from incomplete treatment.

We would also like to applaud the budget for increasing the excise on tobacco and tobacco products. This will ensure that consumers are disincentivised and go a long way in helping reduce the incidence of cancer and other major ailments caused due to the abuse of such products.

In conclusion, the budget will steer us towards a Healthier India with a deft combination of preventive, inclusive and accessible healthcare for all Indians.
Rajeev Dimri, Leader, Indirect Tax, BMR & Associates LLP. He specializes in structuring domestic & cross-border transactions for goods and services covering a range of indirect tax issues. He is reachable @ +919811060585 or you can mail him at Rajeev.Dimri@bmradvisors.com.

Budget announcements seem well directed with focus on rural economy, infrastructure spending, social  welfare schemes and ‘digital’ initiatives.  Rationalization of indirect tax and duty structures for various sectors such as IT hardware, defence, mineral and petrochemical, aviation to name a few, with a view to encouraging Make in India initiative is a welcome move.  Overall, coverage of various sectors of the economy was comprehensive with focus on keeping the Government spending within acceptable limits of fiscal prudence.

On the taxation front, the focus on dispute resolution through creation of new tribunal benches, alternative settlement schemes and commitment to refrain from retrospective taxation going forward was encouraging and progressive.  However, their efficacy would need to be evaluated based on the fine print of the associated regulations.  While no firm commitment on Goods and Services Tax (GST) timelines was made, the industry expectation was to align existing central indirect tax regime with the proposed GST framework.  Withdrawal of miscellaneous cesses and rationalization of CENVAT credit mechanism appear to be small steps in this direction.  However, introduction of new cesses in addition to those introduced in the previous year, run contrary to that expectation and appears regressive.

On the whole, there is an estimated net increase in tax revenue by almost Rs. 20,000 crores.  The sectors contributing to the incremental taxes and resultant impact on the economy as a whole will be keenly watched.