By the time Rahul Gandhi matures, Congress will be as good as dead 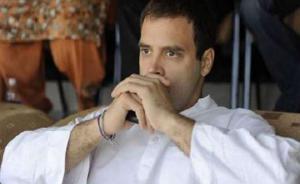 www.dailyo.in – It finally took the much put upon former Delhi CM Sheila Dikshit to point out that the emperor wears no clothes. Ina recent interview, the Congress leader said Rahul Gandhi needs to “mature as a le…

China steams past US, France to be Germany’s biggest trading partner

China for the first time became Germany’s most important trading partner in 2016, overtaking the United States, which fell back to third place behind France, data showed on Friday. German imports from and exports to China rose to 170 billion euros ($180 billion) last year, Federal Statistics Office figures reviewed by Reuters showed. German Vice Chancellor Sigmar Gabriel has suggested that the European Union should refocus its economic policy toward Asia, should the Trump administration pursue protectionism.

Congress has become ‘a crowd around a fading dynasty’: Jaitley

www.moneycontrol.com – Elated by BJP’s good show in civic polls in Odisha and Maharashtra, Finance Minister Arun Jatiley took potshots at the Congress, saying it has become “a crowd around a fading dynasty”. The Congress…

www.narendramodi.in – Prime Minister Narendra Modi today addressed a huge public meeting in Gonda, Uttar Pradesh.During his address Shri Modi thanked the people of Odisha and Maharashtra for their support in the municip…

enkaysagar.wordpress.com – Uttar Pradesh, canvassing for fifth phase of assembly elections is in full swing. Star campaigners from all major political parties have very hectic schedule today in most of the poll bound distric…

French right-wing presidential candidate Marine Le Pen refused to attend a summons for questioning by police last Wednesday, her lawyer, Rodolphe Bosselut, told Reuters. Earlier, her chief of staff, Catherine Griset, was put under formal investigation in a probe into the alleged misuse of EU money. Bosselut said Le Pen learned of the police summons on February 21 after returning from her Lebanese visit. “She believes that there is a risk that justice is being used as a tool in the election campaign,” Bosselut said. “She will attend any summons after the elections.”

A Jordanian F-16 fighter jet has crashed in the southern part of Saudi Arabia, Turkish Anadolu news agency reports, citing a statement issued by the Saudi-led coalition. The crash reportedly occurred due to a “technical error,” the statement said, adding that the pilot survived. At the same time, Yemen’s Al-Masirah TV channel reported that the plane was shot down by the Yemeni Shia Houthi militia. According to the coalition, the incident occurred in Saudi Arabia’s southwestern Najran region near the border with Yemen.