AUGUST 2, 2015/LEAVE A COMMENT/EDIT
Indonesia to host international badminton championship in August
Indonesia is to hold the BWF International Badminton Championship from August 10 to 16 in Jakarta with players from 54 countries and regions planning to vie for the titles, officials said here on Tuesday.
“The preparation as a host of the event has been done well,” Anton Subowo, chairman of the committee said at Museum of Bank Indonesia.
“The world’ s athletes will vie into the event and perform their best skill,” Poul Erik Hoyer, president of badminton world federation (BWF).
Among the participating countries at the BWF International Badminton Championship are China, South Korea, Denmark, Thailand,Japan, Britain, theUnited States, Germany and France, said Yuni Kartika, spokesperson of the Indonesian badminton association.

A Memphis policeman has been fatally shot during a traffic stop, at about 9:15 p.m. local time Saturday (2:15 a.m. GMT Sunday), AP reported, citing local Police Director Toney Armstrong. He added that the incident is “a reminder of how dangerous” their job is. The officer was shot multiple times, and died at the hospital. The shooter hasn’t been detained yet. For the moment, the dead officer hasn’t been identified, awaiting the notification of next of kin.
Thousands of protestors came out in Berlin —

Thousands of protestors came out in Berlin

AUGUST 2, 2015/LEAVE A COMMENT/EDIT
Thousands protest in #Berlin against attacks on the freedom of press #netzpolitik#germany http://bit.ly/1DirUhu 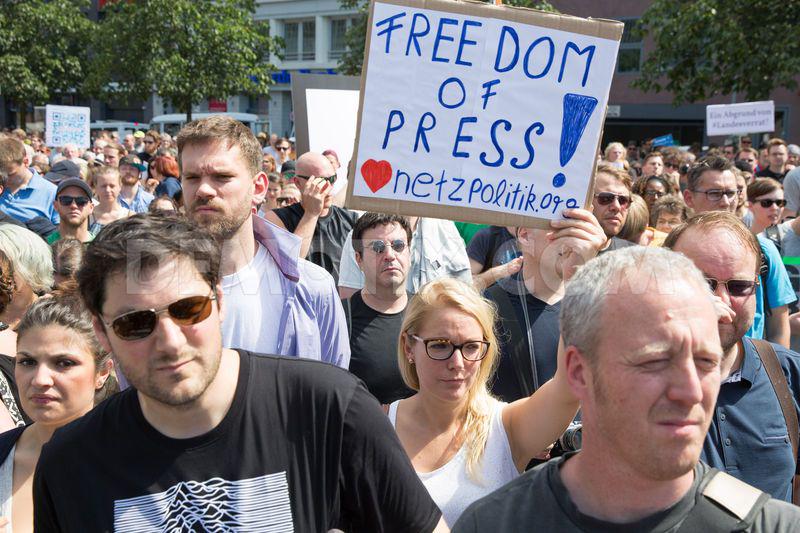 Two bloggers, Markus Beckedahl and Andre Meister quotated national online snooping program.
Hundreds of protestors came out in Berlin on Saturday to show their support for two journalists from a German news website that were accused of state treason for leaking information on online surveillance.
Markus Beckedahl and Andre Meister from the prominent Netzpolitik.org news website, had been under investigation for quoting an intelligence report on the expansion of a national online snooping program. Further the probe has been suspended for “the greater good” of protecting freedom of the press.After a massive outpour of support for the bloggers and government criticism online, more than 2,000 people came out to demonstrate in the German capital against the treason allegations, Deutsche Welle reports. Media agencies
—
AUGUST 2, 2015/LEAVE A COMMENT/EDIT

Pakistan on Sunday to have released over 163 Indian fishermen.
This is as a goodwill gesture amid tensions between India and Pakistan on over cross-border fire exchanges in recent weeks.According to officials, the authorities in the port city of Karachi freed a group of 163 Indian fishermen, including an eleven- year-old boy who was taken into custody with his uncle when they had intruded into Pakistani water for fishing.
Prime Ministers of the two countries agreed last month in a meeting in Ufa, Russia, that they will release all fishermen in two weeks. However the release was delayed for some days due to escalations along the border.Prime Minister Nawaz Sharif and his Indian counterpart Narendra Modi had also agreed to reduce tensions along the Line of Control in the disputed Kashmir and Working Boundary, the international border.
The two leaders had also agreed that Pakistan security adviser Sartaj Aziz will visit India to discuss several key issues including anti-terror cooperation.The Indian fishermen are likely to be handed over to the Indian officials at the Wahga border on Monday.Media agencies
Myanmar affected by severe flood — 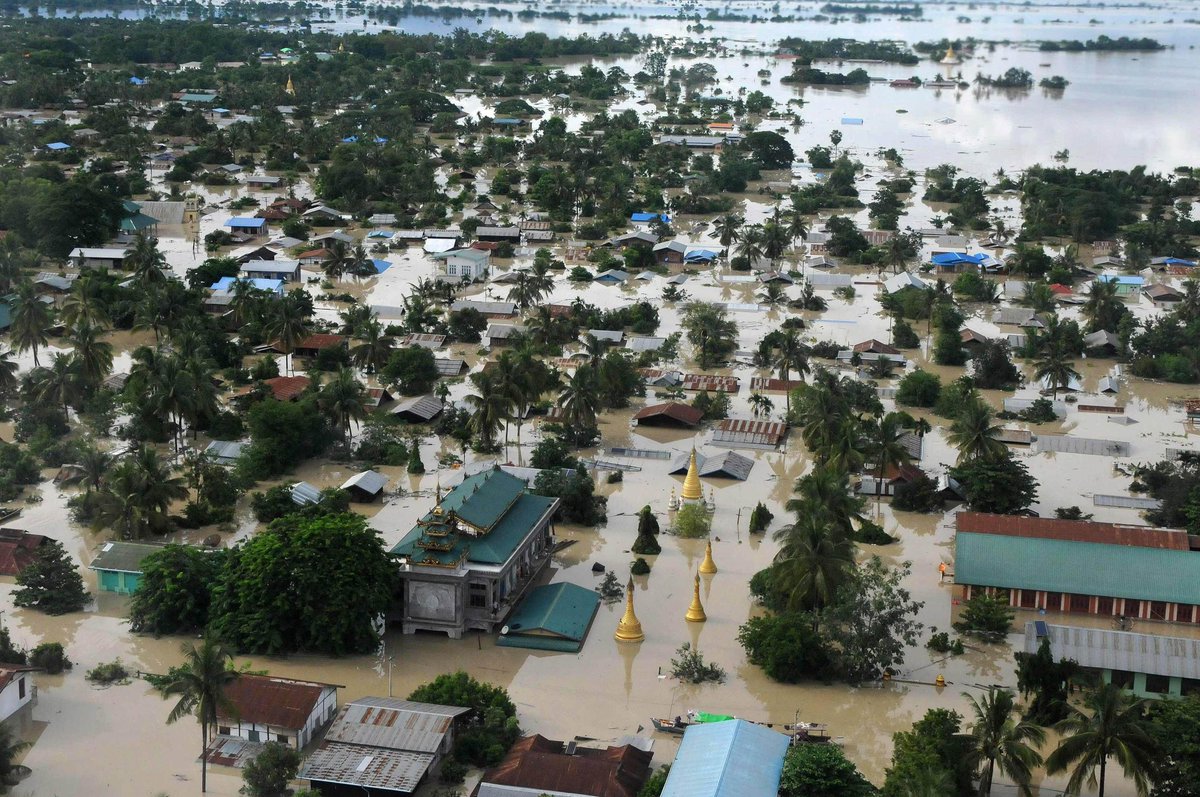 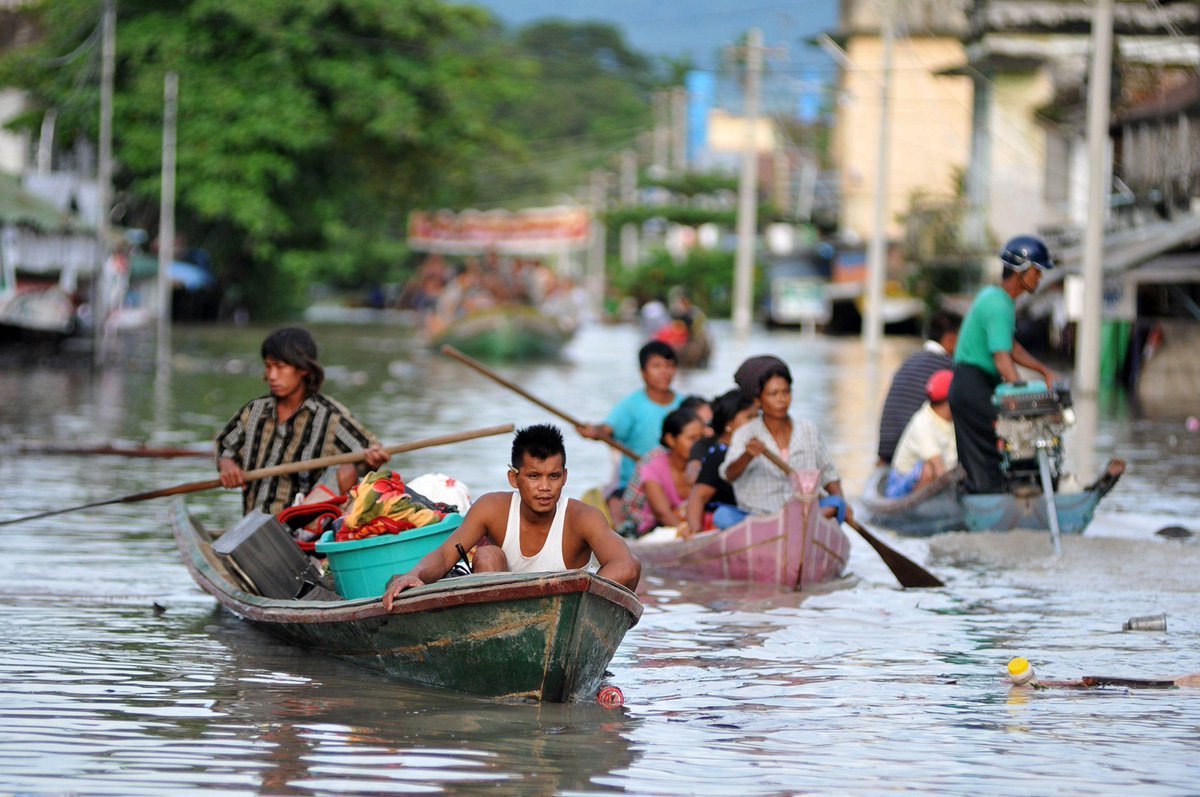 Myanmar with 27 being confirmed dead  as declared by Department of Social Welfare, Relief and Resettlement  on Saturday.
UN International agencies and  NGOs along with other international organizations are supporting food and other relief supplies to flood victims in some regions but supplies are still needed, the reports said.
Reports of agri-minisstry reports  over 524,896 acres (212,582 hectares) of farmland were inundated in June and July.
Chin and Rakhine states, as well as Sagaing and Magway regions were declared as the disaster-hit areas, the government announced on Friday.
Water levels in Myanmar’s five major rivers, the Ayeyawady, Chindwin Thanlwin, Sittoung and Ngawun are dangerously high and likely to exceed flood warning benchmarks over the next two days, the weather bureau said.
The weather bureau also warned of heavy rain in Magway, Sagaing, Bago, Taninthayi and Yangon regions, as well as Rakhine and Chin States, due to deep depression formed over Bangladesh and more torrential rain is expected in the coming days.
A national disaster preparedness committee is making evacuation and resettlement efforts in Ayeyawaddy and Bago regions, as well as Kayin and Mon states, which are also experiencing floods.
at August 02, 2015 No comments: Links to this post