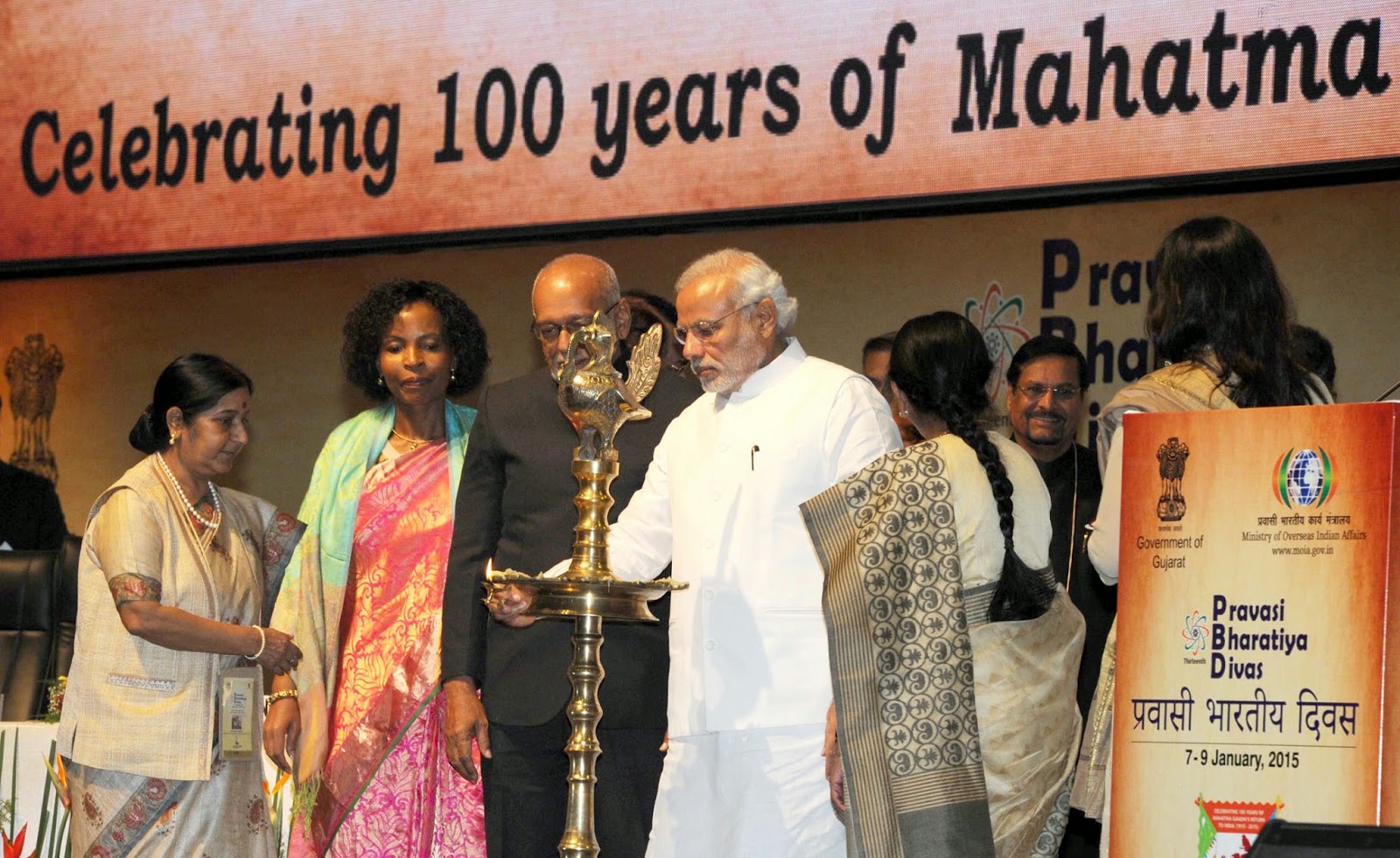 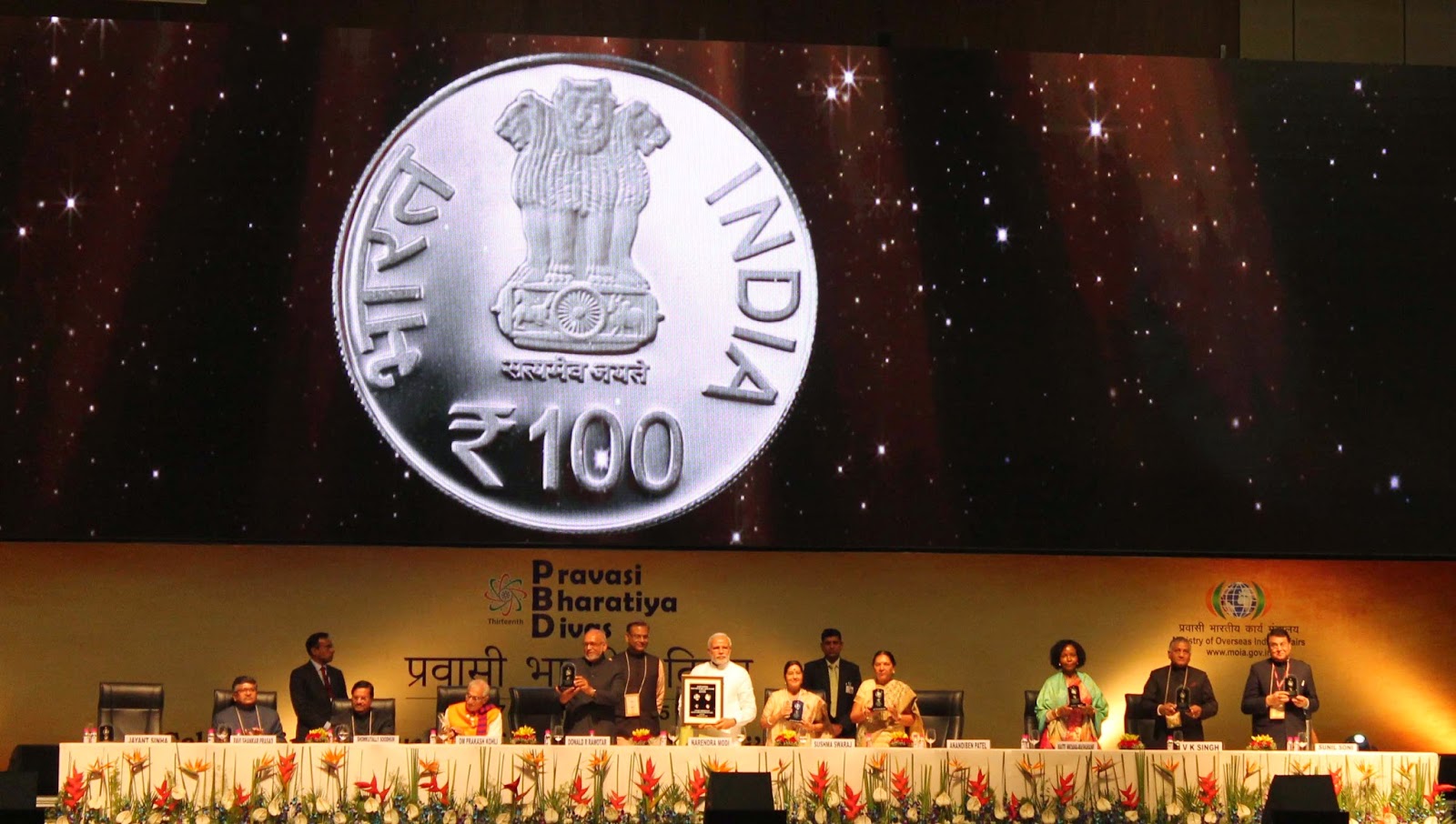 Quake strike east of Taiwan and south of Panama

A 5.4-magnitude has hit the east of Taiwan, shaking buildings in the capital Taipei. No casualties or damage have been reported. The quake was 22 kilometers deep, and was felt across the island. A week ago, a 5.5-magnitude tremor shook the north of Taiwan, and in June, a 6.3-magnitude earthquake hit, killing four and triggering landslides.

A quake measuring 6.8 in magnitude has hit the Pacific south of the city of David in Panama, according to the US Geological Survey. No immediate reports of damage or casualties have followed, and no tsunami warning has been issued. It follows a tremor of 5.5 in magnitude that struck off Panama’s Pacific coast on December 26.
at January 08, 2015 No comments: Links to this post

Email ThisBlogThis!Share to TwitterShare to FacebookShare to Pinterest
New Delhi, January 7 : Maharashtra Chief Minister Shri Devendra Fadnavis has demanded that Maharashtra Industrial Development Act (MIDC) be exempted from the applications of the provisions of the the Right to Fair Compensation and Transparency in Land Acquisition, Rehabilitation and Resettlement (LAAR) Act, 2013 as reported in the newspapers today. The reasons cited are not only misleading but also far from the truth on many count. One of the key factors have been mentioned as the land required for the implementation of the Delhi Mumbai Industrial Corridor and that MIDC Act provides better compensation and R&R to farmers and PAPs and mostly through consent.
We would like to point out that Maharashtra Government is misleading the public on the following points :

1. Compulsory Acquisition under MIDC Act : Section 32 of the MIDC Act mandates that whenever government needs land for furtherance of the objectives of this Act or for the purpose of development then a notification shall be issued and before that a show cause notice will be issued to the farmers, why their land should not be acquired. Does this sound like seeking consent ? It needs to be noticed that 9715 families of 69 villages in Maangaon, Roha and Tala Talukas have received notifications for acquisition of a total of 24,207 acres of land for Dighi Industrial Area as part of DMIC corridorunder MIDC Act. Armers have been protesting there and State government from time to time have been saying that they will exempt these villages from Dighi industrial area but no de-notification notice has been issued yet.

2. Compensation, R&R to Farmers and PAPs : MIDC Act has no provision for the R&R to PAPs and compensates only the land owners. MIDC refers to the definition of the land and affected persons in 1894 Act, which was very limited and didn';t include livelihood losers when land was acquired for the development projects.

3. Lack of Land for Projects : There is no shortage of available land in the State. Maharashtra government has no record of percentage land utilised and unutilised with MIDC, even though in the past fifty years it has acquired more than 13 lakh acres of land. The provision of MIDC Act is more draconian than Land Acquisition Act, 1894, which leaves little scope for the consent of the affected population. Maharashtra government by its own admission has a land bank of 80,000 Hectares with it.
In Aurangabad and nearby areas there too a large chunk of land under the threat of acquisition for DMIC. However, in 2000 the Maharashtra Industrial Development Corporation (MIDC) had acquired 902 hectares of land, but to what purpose. Those affected by the ‘Jaikwadi'; dam as well as Paithan MIDC have neither been allotted land in the Command area nor have they received employment inspite of repeated assurances. Only 50% of the factories in the MIDC phase-I are operational and apparently they await for the right time to sell those lands for real estate. The government is keen on acquiring 10,000 hectares of land belonging to 24 villages to develop the Shendre - Bidkin Industrial Zone under MIDC. City and Industrial Development Corporation or CIDCO has already made plans to acquire 15,000 hectares of land belonging to 28 villages.

4. Farmers Suicide in Maharashtra : It would do good, if Mr. Fadnavis showed some concerns for the farmers in his home state. With a land bank of 80,000 Hectares, he is only feeding to the profit hungry Corporations but doing nothing for the farmers, and already Project Affected Persons due to various irrigation projects like Waang Marathwadi, Jaikwadi, or Lavasa Hill City project or other development projects and SEZs. It nees to be mentioned that at least 3,146 farmers committed suicide in Maharashtra in 2013 as per the National Crime Record Bureau. Since, 1995, nearly 60,750have committed suicide and on an average, 3,685 farmers in the state took their lives every year between 2004 to 2013.What has Mr. Fadnavis done for them ?

CAG Audit Report on SEZs Exposes the Corporate Land Grab and False Claims of the Government on Employment Generation and Development
False Claims of Employment Generation and Development : The claims of the development and employment generation are exposed not only for the Maharashtra government but for also the Union government, as pointed out in theCAG report on the performance of the SEZs. CAG has said that land grab was the only motive behind the SEZs development and Corporates were given favour in the name of development. Out of 45635.63 ha of land notified in the country for SEZ purposes, operations commenced in only 28488.49 ha (62.42 %) of land. In addition, we noted a trend wherein developers approached the government for allotment/purchase of vast areas of land in the name of SEZ. In terms of area of land, out of 39245.56 ha of land notified in the six States 3,5402.22ha (14%) of land was denotified and diverted for commercial purposes in several cases. Many tracts of these lands were acquired invoking the ‘public purpose’ clause. Thus land acquired was not serving the objectives of the SEZ Act.
In four States (Andhra Pradesh, Karnataka, Maharashtra and West Bengal), 11 developers/units had raised 6309.53 crore of loan through mortgaging SEZ lands. Out of which, three developers/units had utilized the loan amount (2211.48 crore i.e. 35 per cent of 6309.53 crore) for the purposes other than the development of SEZ, as there was no economic activity in the SEZs concerned.
CAG further notes that on various other counts SEZs failed to achieve their stated objectives. Of 152 SEZs analysed, there was a deficit of 65.95% to 96.58% in employment generation, for investment 23.98% to 74.92 %, for export 46.16 to 93.81%.
The CAG report only confirms what we have been saying about the Union government continued push in facilitating land grab by the corporations for large scale profit and nothing else. As per the available data from the Union Budget, 5.32 Lakh Crore (roughly three times the supposed loss in 2G scam), of corporate tax was forgone. What is the Union government doing for the farmers ?

Eminent Citizens write to President, Prime Minister, Vice President and Speaker, Lok Sabha
17 eminent citizens led by Justice (Retd) Rajinder Sachar, Harsh Mander, Aruna Roy, V Mohini Giri, Shanti Bhushan Vandana Shiva and others wrote to the President with Copy to PM, Vice President, Speaker Lok Sabh and urged that “.. as the custodians of our Constitution of India, we urgently appeal to you to rethink and reject these Ordinances, and advise the government to table the contemplated amendments to LAA 2013 in the forthcoming session of Parliament, so that people';s representatives will be able to democratically discuss the issues involved.”


Attached : Letter by Eminent Citizens to President
at January 08, 2015 No comments: Links to this post

Email ThisBlogThis!Share to TwitterShare to FacebookShare to Pinterest
"Development of Railway St..." in [Make Railways Better]
From: Ministry Of Railways  Thu, 8 Jan '15 11:02a
To: You
Show full Headers
at January 08, 2015 No comments: Links to this post

Email ThisBlogThis!Share to TwitterShare to FacebookShare to Pinterest
NRI invested $4.6b Since 2000 in $2000b+ Corporate IndiaJanuary08, 2015 (C) Ravinder Singh ravinderinvent@gmail.comPM speech at Bharti Pravasi Divas is on is largely focused on Visa OnArrival but not on Restrictions on NRIs limiting NRI investment to 1%and all NRIs to 5% of Market Cap of the Indian Companies and CompaniesDidn’t Register their shares automatically was introduced when BJPgovernment was in power in three installments – it was called‘Takeover Code.’ I unsuccessfully Campaigned Repeatedly Against it toPN Bhagwati Committee & also after Report was out and implemented.Foreign remittances alone are $70b last year but NRIs are notPermitted to invest in Indian Companies – but in the meanwhileCorporate Promoters Through Manipulation took over the Equity of mostIndian Individuals also.Indians – Residents and Non Residents have Practically No Equity inSEBI Listed Companies. Dedicated PROGRAM to PROMOTE NRI INVESTMENT ISNEEDED.India Wealth $3605b – Corporate Market Cap $2000b – NRI $4.6bNRI Remittances and Bank Deposits of Indians were Channeled in toFUNDING growth of Companies – By Inflating Capital Cost – PromotersContribute Nothing. Global Wealth Report Indian Median Per AdultWealth at $1006 only even Pakistan Median Wealth is $2384. NRIsinvested $4.6b in all since 2000 but get just $100m as DIVIDEND fortheir Investments in Corporate India.China promoted China Non Residents to Invest in New Technology &Companies – India Didn’t – Very Few ACE NRIs returned and Invested inIndia.Naresh Trehan who may have Performed 50,000 Open Heart OperationsCould Establish His Own ‘Medanta Hospital’ after 20 years of work inIndia.Most of NRIs – over 80% Belongs To Rural India Which is in TOTALNEGLECT Because Brightest Indians from Rural India Could Not FindRewarding Opportunities India and Migrated to Developed Countries,Labor to Gulf & Commonwealth.Dedicated NRI Projects & Programs1.    Let NRIs invest in India Up To 100% in Projects, Buy Land in RuralAreas for Setting Up Industries, Factories, Food Processing, Housing,Hospitals, Schools & Colleges and R&D Centers.2.    Let NRIs FREELY INVEST IN PROPERTY & BUSINESSES IN URBAN INDIA.3.    Let Foreign Remittances of NRIs be POOLED and Invested in NRI Projects.Ravinder Singh, Inventor & Consultant, INNOVATIVE TECHNOLOGIES AND PROJECTSY-77, Hauz Khas, New Delhi-110016, India. Ph; 091- 9718280435, 9650421857
at January 08, 2015 No comments: Links to this post