U-17 football tournament will promote CSR initiatives in India: Vaz, Project Leader & Tournament Organiser
Under-17 football tournament will strengthen relations, promote a safe and protective environment along with corporate social responsibility (CSR), said Mr Joao Gilberto Vaz, Project Leader & Tournament Organiser at an ASSOCHAM event held in New Delhi today.
While addressing the meeting, Mr. Joao Gilberto Vaz, Project Leader & Tournament Organiser said, it is one of the world’s greatest passions which could be used strategically to strengthen relations, promote a safe and protective environment along with corporate social responsibility (CSR).
India has become an emerging football market with the recent creation of Indian Football League (IFL). India is a key player in all segments within BRICS and a football event in India and will also bring a new image of importance to football, said Mr. Vaz.
Building relationship between BRICS nations putting together the BRICS nations embassies, its diplomats and close friends, said Mr. Vaz.
Mr Joao Gilberto Vaz further said, to effectively promote BRICS Countries using football as a catalyst to provide an opportunity for the leaders and diplomats to participate and compete together or against each other in the tournament and socialize in a enjoyable environment.
He further said, to use football as a tool to enhance BRICS members spiritually, socially, physically and mentally. It will also able to promote a C.S.R. Initiative.  “BRICS U‐17 Football Cup is the FIRST football event involving BRICS nations”, said Mr. Vaz.
The unions of these nations represent about 20% of the GWP. Some of the world';s largest companies are present in these countries, which only increases their size and economical power of these economies.
“U-17 football tournament with the representing youth teams of the 5 nations plus a guest team. The BRICS U-17 Football Cup will happen ‘YEARLY’ and if possible in conjunction with BRICS Summit following the molds of FIFA U-7 tournaments.  Each edition of BRICS U-17 Football Cup will have one of the BRICS SUMMIT hosting nation as partner to organize the tournament, said Mr. Vaz while addressing the ASSOCHAM sports council.
Mr. Vaz also emphasized the tournament values include personal growth and equality. It will encourage young athletes to develop and learning about the importance of BRICS, to improve their character and leadership skills as well as to promote equality and avoid discrimination and racism.
To use football and “soft diplomacy” as a powerful tool to bring together people from different ethnic, cultural, religious, linguistic and socio‐economic backgrounds among BRICS nations, added Mr. Vaz.
Participation in physical activity and sport provides to people physical, social and mental health benefits. Our key objective is to also to engage all participants of BRICS FOOTBALL CUP (including the players) to become future “ambassadors” of BRICS, said Mr. Vaz.
(ASSOCHAM)
—
JUNE 25, 2015/LEAVE A COMMENT/EDIT
Hillary Clinton
To
nksagar_1@yahoo.com
Today at 2:57 AM
Will you join me for dinner?
Launch of Lenovo K3 Note —

K3 Note is going to be available at Rs.9999 only on @Flipkart with registrations starting at 2pmtoday #KillerNote 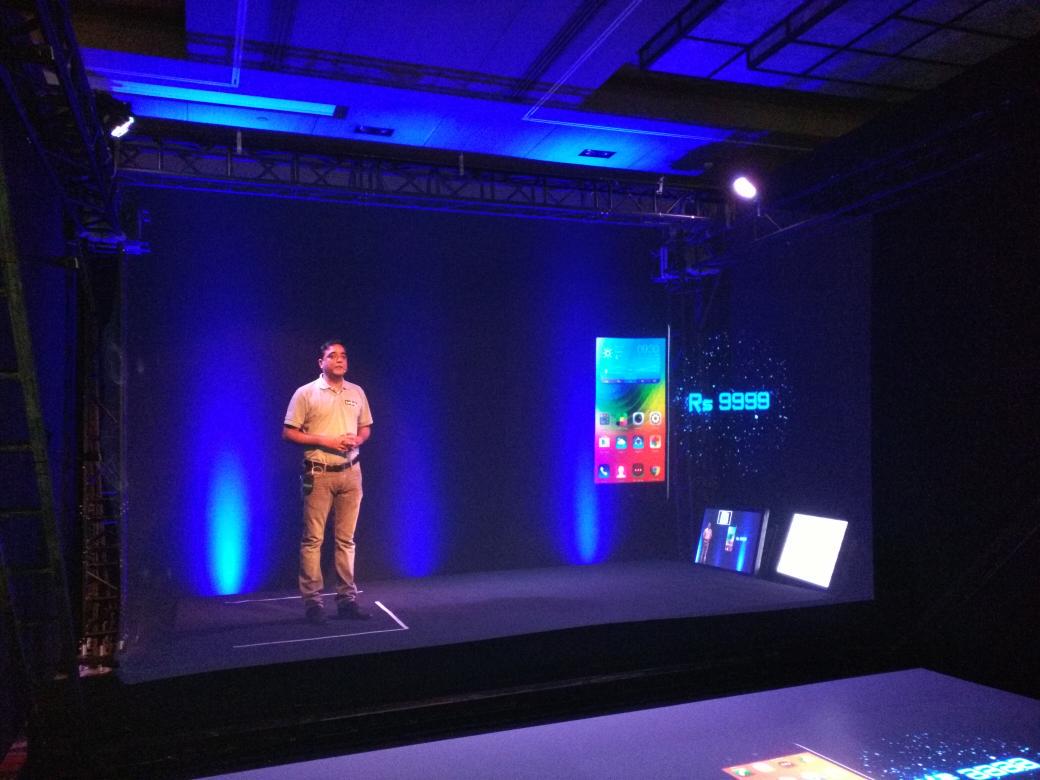 Lenovo launches the K3 Note a powerful smartphone with FullHD display, Flagship performance and Spectacular features
~ An ideal combination of brilliant display, Dolby Atmos and smooth user experience ~
India, June 25, 2015: Lenovo (HKSE: 992) (ADR: LNVGY) today launched in India its much-awaited powerful smartphone, the Lenovo K3 Note that brings together smooth performance, a brilliant display and true color cameras.  A meticulously crafted device flaunting a 13.97 cms (5.5) full HD display (1920 x 1080) the K3 Note also boasts of an impressive, 13MegaPixel auto-focus rear camera with Dual LED flash and a 5MP front camera for sharp, vibrant images.
Sporting a 64 bit Octa-Core CPU clocked at 1.7 GHz, backed by a 16core ARM MALI-T760 GPU and 2 GB DDR3 RAM, the smartphone comes with dual SIM card slots. It also offers 16 GB internal storage and a microSD card slot which can expand the storage by an additional 32 GB. The device features Android 5.0 Lollipop and offers outstanding performance with LenovoⳠsimplified Vibe UI on top and multi-tasking capabilities.
Powered by a replaceable 3000 mAh (typical)/2900mAh (min) battery the K3 Note with its power-saving features comfortably goes all day long and lets you multi-task seamlessly. The device supports both LTE bands in India FDD 1800MHz (Band 3) & TDD 2300MHz (Band 40).  Efficiently equipped with killer features that compete with flagship devices, the Lenovo K3 Note certainly proves its might.
Commenting on the launch, Mr. Sudhin Mathur Director, smartphones, Lenovo India said 㗥 are truly overwhelmed with the positive response from consumers for our 4G portfolio. To further enhance our consumerⳠexperience we are launching a device with great multitasking capabilities and unrivalled features at an affordable price. The K3 Note is certainly a disruptive offering with its future-proof features, superior multi-media experience and extraordinary performance.䊼o:p>
Amitesh Jha, VP- Flipkart, said, 㗥 are thrilled to announce the exclusive launch of one of the most awaited smartphones from Lenovo – K3 Note. Packed with new-age technology and unique features, the Lenovo K3 Note brings in the value disruption that our consumers have been asking us for a long time. We are confident that this is going to be one of the bestselling phones in the country. 伯:p>
Price and Availability

The Lenovo K3 Note will be priced at Rs. 9999/- and will be available exclusively on Flipkart. Registrations for the K3 Note will open today at 2:00 P.M. and it goes on sale on 8th July, 2015 AT 2:00 P.M.
Desktop Link: flipkart.com/lenovo-k3-noteMobile Link: flipkart.com/m/lenovok3note
About Lenovo
Lenovo (HKSE: 992) (ADR: LNVGY) is a $46 billion global Fortune 500 company and a leader in providing innovative consumer, commercial, and enterprise technology. Our portfolio of high-quality, secure products and services covers PCs (including the legendary Think and multimode YOGA brands), workstations, servers, storage, smart TVs and a family of mobile products like smartphones (including the Motorola brand), tablets and apps. Join us on LinkedIn, follow us onFacebook or Twitter (@Lenovo) or visit us at www.lenovo.com.
Obama reassures spying on European leaders has ended —

France expressed outrage on Wednesday at “unacceptable” US spying on President Francois Hollande and his two predecessors that was detailed in leaked documents.
Hollande spoke by phone with US President Barack Obama, who gave fresh assurances that spying on European leaders had ended, while France´s foreign minister summoned the US ambassador for a formal explanation.
“President Obama reiterated without ambiguity his firm commitment… to stop these practices that took place in the past and which were unacceptable between allies,” Hollande´s office said in a statement after the call.The documents – labelled “Top Secret” and appearing to reveal spying on Jacques Chirac, Nicolas Sarkozy and Hollande between 2006 and 2012 – were published by WikiLeaks along with French newspaper Liberation and the Mediapart website.
Hollande earlier convened his top ministers and intelligence officials to discuss the revelations, with his office stating that France “will not tolerate any acts that threaten its security”.
The leak was embarrassingly timed for French lawmakers, who were expected to approve sweeping new powers to spy on citizens later on Wednesday.
The new law will allow authorities to spy on the digital and mobile communications of anyone linked to a “terrorist” enquiry without prior authorisation from a judge, and forces internet service providers and phone companies to give up data upon request. Addressing parliament, Prime Minister Manuel Valls said Washington´s actions “constitute a very serious violation of the spirit of trust” and France would demand a new “code of conduct” on intelligence matters.
The White House earlier responded that it was not targeting Hollande´s communications and will not do so in the future, but it did not comment on past activities.
Claims that the US National Security Agency (NSA) was spying on European leaders, revealed by whistleblower Edward Snowden in 2013, had already led to promises from Obama that the practice had stopped.
“Commitments were made by the US authorities,” the Elysee Palace said in a statement. “They must be remembered and strictly respected.”
Secret meetings on Greece
The leaked documents include five from the NSA, the most recent dated May 22, 2012, just days after Hollande took office.
It claims Hollande “approved holding secret meetings in Paris to discuss the eurozone crisis, particularly the consequences of a Greek exit from the eurozone”.
It also says the French president believed after talks with German Chancellor Angela Merkel that she “had given up (on Greece) and was unwilling to budge”.”This made Hollande very worried for Greece and the Greek people, who might react by voting for an extremist party,” according to the document.
Another document, dated 2008, was titled “Sarkozy sees himself as only one who can resolve the world financial crisis”. It said the former French leader “blamed many of the current economic problems on mistakes made by the US government, but believes that Washington is now heeding some of his advice”.
One leak describes Sarkozy´s frustration at US espionage, saying the “main sticking point” in achieving greater intelligence cooperation “is the US desire to continue spying on France”.
In Washington, National Security Council spokesman Ned Price insisted: “We do not conduct any foreign intelligence surveillance activities unless there is a specific and validated national security purpose. This applies to ordinary citizens and world leaders alike.”
France´s ambassador to the US, Gerard Araud, appeared to downplay the revelations, saying on Twitter: “Every diplomat lives with the certainty that their communications are listened to, and not by just one country. Real world.”
Important, confidential discussions are held by “secure methods of communication”, he continued, but “all our other devices are, by definition, listened to”.
WikiLeaks founder Julian Assange said French citizens had a right to know their government was “subject to hostile surveillance from a supposed ally”, and promised more “timely and important” revelations soon.
When Snowden leaks, British newspaper The Guardian reported that the NSA had listened in on the phone calls of 35 world leaders, including the leaders of France, Mexico and Brazil.While it was not known then if Hollande´s phone was bugged, the French leader had said on a visit in Washington in February 2014 that the two allies had resolved their differences over American digital eavesdropping.”Mutual trust has been restored,” Hollande said at the time. Media agencies
Travel anywhere in Germany for EUR 19.00 —

Travel anywhere in Germany for EUR 19.00