sagarnewspost.wordpress.com - Army today foiled an infiltration bid along the Line of Control in Naugam sector of North Kashmir’s Kupwara district. Two militants were killed while two soldiers also martyred in the operation. An...

Shaping Community Engagement on Sanitation in the Urban Context: 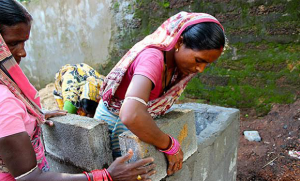 enkaysagar.wordpress.com - In the summer of 2007 when we went to the Janta Mazdoor Colony in East Delhi, we found that in almost every other household, adults and children lay limp and helpless with Dengue. Next to their hom...

Email ThisBlogThis!Share to TwitterShare to FacebookShare to Pinterest
PRESS INVITATION

Eyeing glory, Indian Hockey Teams arrive in Rio for 2016 Olympic Games
~ Optimistic Indian men’s and women’s teams vie for top honours at the Olympic Games; matches to begin on August 6 ~
Rio De Janeiro, Brazil, 29th July 2016: Eager and determined to put up a top-notch performance at the 2016 Olympic Games, the Indian men and women’s hockey teams arrived in Rio today.
While the men’s team traveled from Madrid after playing two friendly matches against the Spanish national squad, the Indian women’s team arrived from Philadelphia where they won two matches against Canada and one match against USA national teams. This will be the first women’s hockey team from India in 36 years to play at the Olympics.
The excitement and anxiousness was palpable among the women led by promising young Captain Sushila Chanu. The Hockey India women’s team features in Pool B and will play against Argentina, Australia, Great Britain, USA and Japan. “After a series of losses in England and Australia in the lead up to the Olympic Games, the wins in the USA has helped us in gaining the confidence we needed ahead of the Rio Olympics,” said Chanu.
“This is our first Olympic Games and we are aware that our performance here will help the future generation of women to take up the sport and excel. We are looking forward to putting up a good show and our aim is to make the quarterfinals first,” a confident Chanu added further.
Meanwhile, the men’s team riding high on their recent exploits in the FIH Champions Trophy in London, where the PR Sreejesh-led squad won a historic Silver medal, is vying to get the better of some of the top teams in their pool. On arrival, Captain and goalkeeper of the Indian Hockey Team, PR Sreejesh said, “Our first priority is to beat some of the top teams in our pool including Germany, Argentina and Netherlands. Though we have beaten each of these teams in the past or have come close to beating Germany in the Champions Trophy recently, the Olympic Games is a different ball game and we need to put up something extraordinary and special to excel against them.”
The Captain further stated that every match will be crucial and their first goal is to make the quarterfinals. “Obviously we are here to win a medal. But to do that, we need to take it match-by-match. We will not take any match lightly, be it Ireland (the first team we play), Canada or the defending Olympic Champions Germany. We will play each match like it is our last,” stated the goalkeeper.
The Indian men’s team will play Netherlands, Argentina, Germany, Ireland and Canada in their pool ‘B’ matches and will need to be in the top four in the pool to make it to the quarterfinals.
Chief Coach Roelant Oltmans expressed the team’s eagerness to compete in the greatest tournament on the planet. “This is the first Olympics for most of the boys in the team and naturally they have butterflies in their stomach but this bunch knows how to handle pressure in big-ticket matches. This moment that we have been working on for so many months and years is finally here and I am confident that this team has it in them to create history. This is the time for them to peak and I am sure they are ready for it,” he concluded.
The men’s team will take on Ireland on August 6, 2016 at 19:30 IST in their first match while the women begin their campaign against Japan on August 7, 2016 at 19:30 IST. All matches will be broadcasted Live on Star Sports, Star Sports HD and DD National.
Men’s Team Schedule
Women’s Team Schedule
HOCKEY INDIA TEAM PARTNERS
Sahara
Shiv Naresh
About HOCKEY INDIAHOCKEY INDIA (HI) is the governing body having an exclusive mandate to direct and conduct all activities for both men and women hockey in India. It is recognized by the Ministry of Youth Affairs & Sports, Govt. of India as the sole body responsible towards promoting Hockey in India.Headquartered in New Delhi, Hockey India was established on 20th May, 2009 and is affiliated to the International Hockey Federation (FIH), the Indian Olympic Association (IOA) and Asian Hockey Federation (AHF).Committed to the development of Hockey in the country, Hockey India with the assistance of Sports Authority of India and Department of Sports, Government of India, has drawn out a Long-Term Development Programme (LTDP) to train players, provide world-class infrastructure and International exposure besides regular international competition. With its vision to popularize the game and constantly promote it, Hockey India is dedicated to getting our team into the top three in the world.Follow us on: www.hockeyindia.org | Twitter: @TheHockeyIndia | Facebook: Hockey India