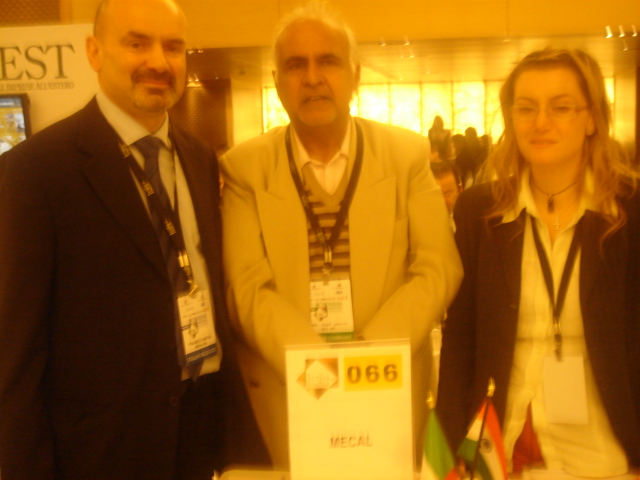 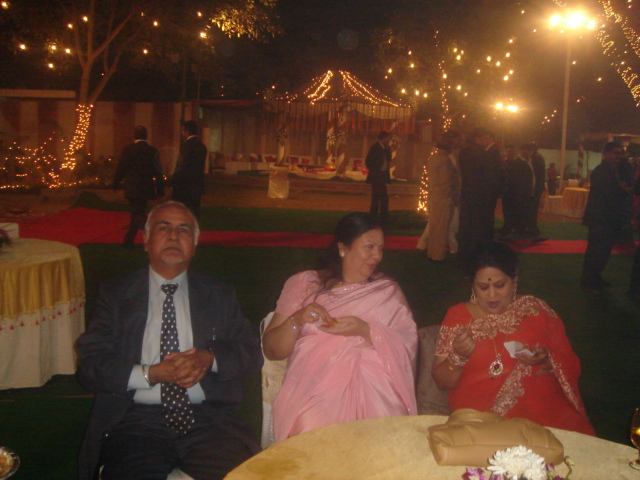 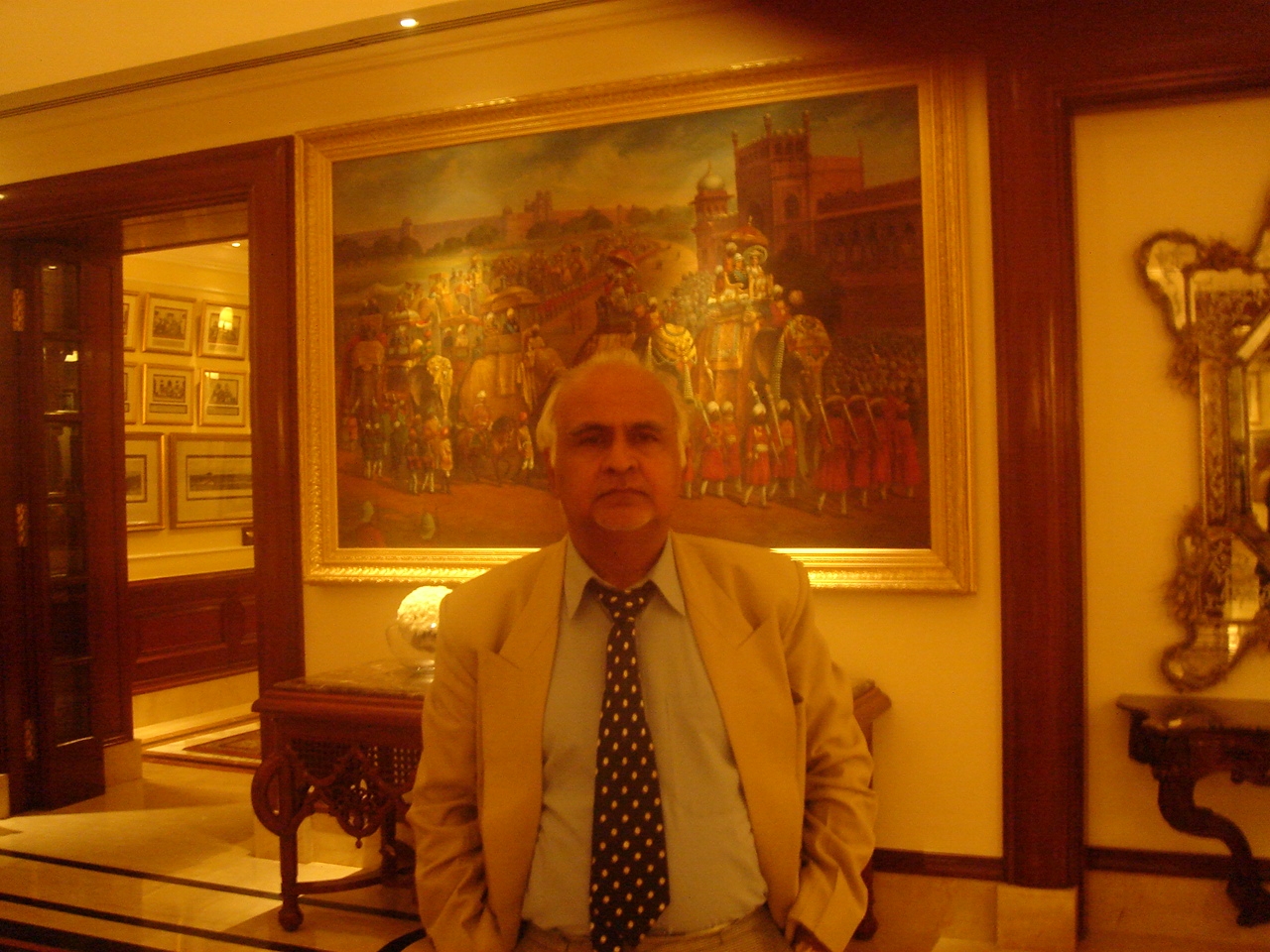 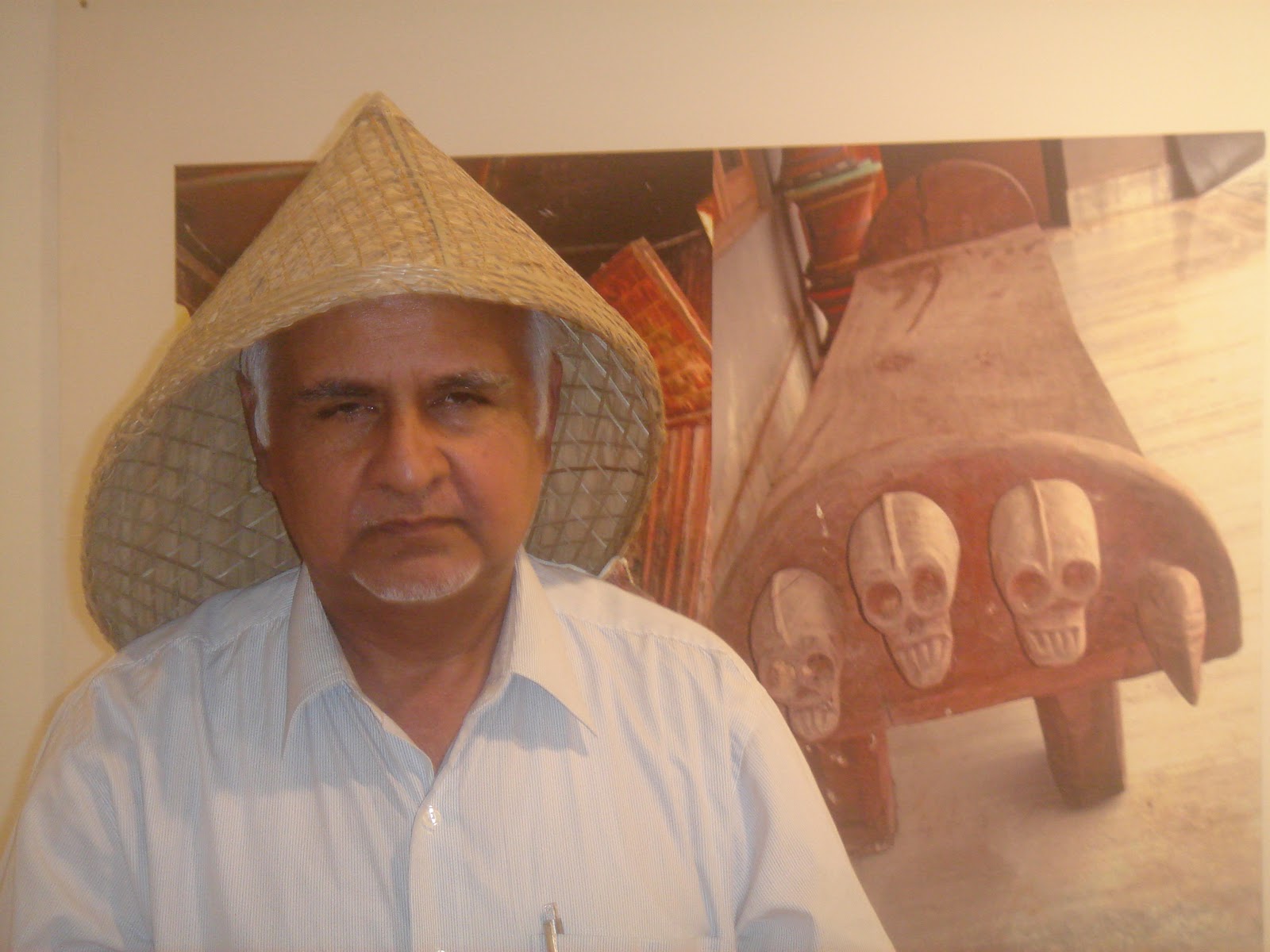 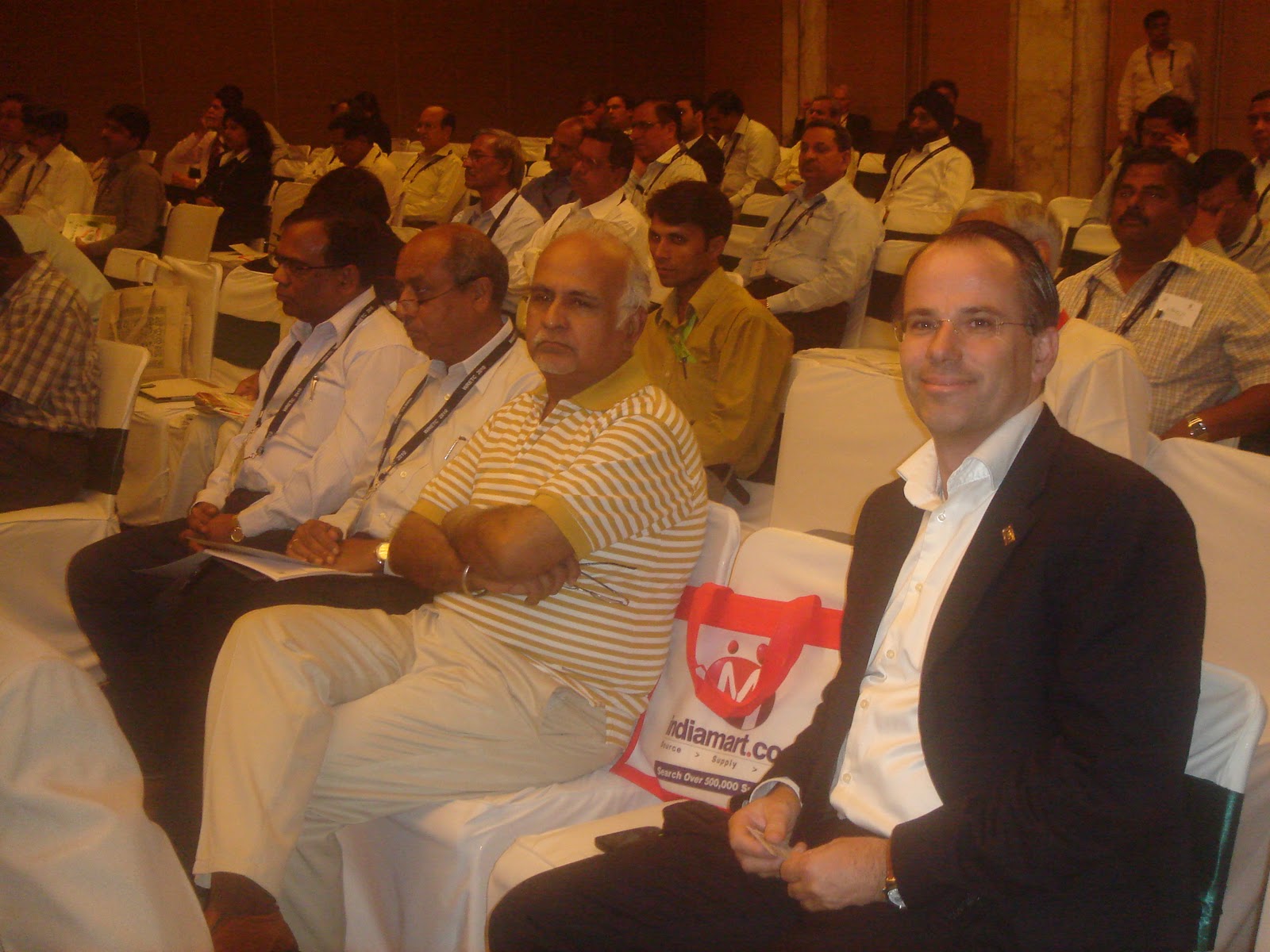 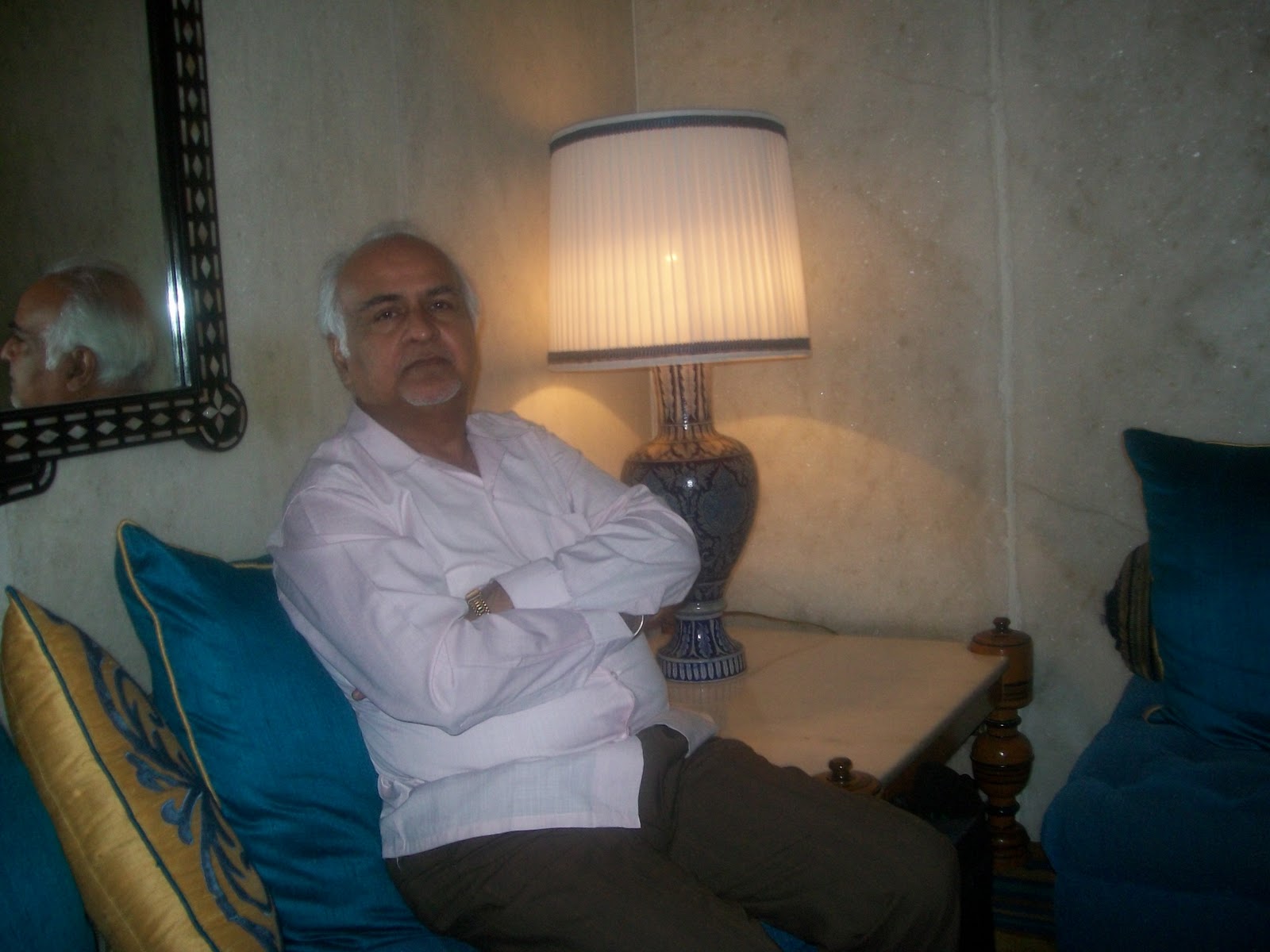 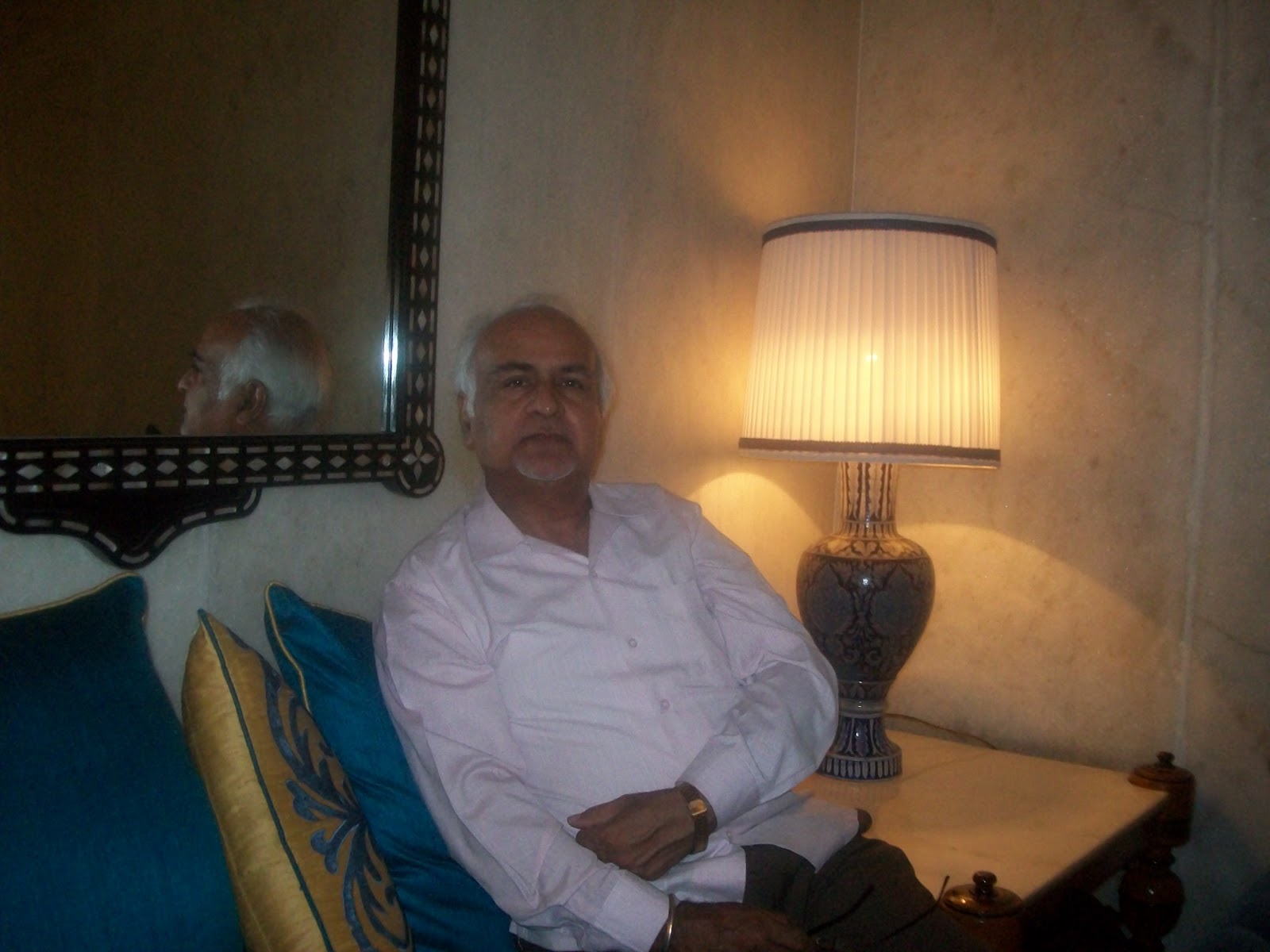 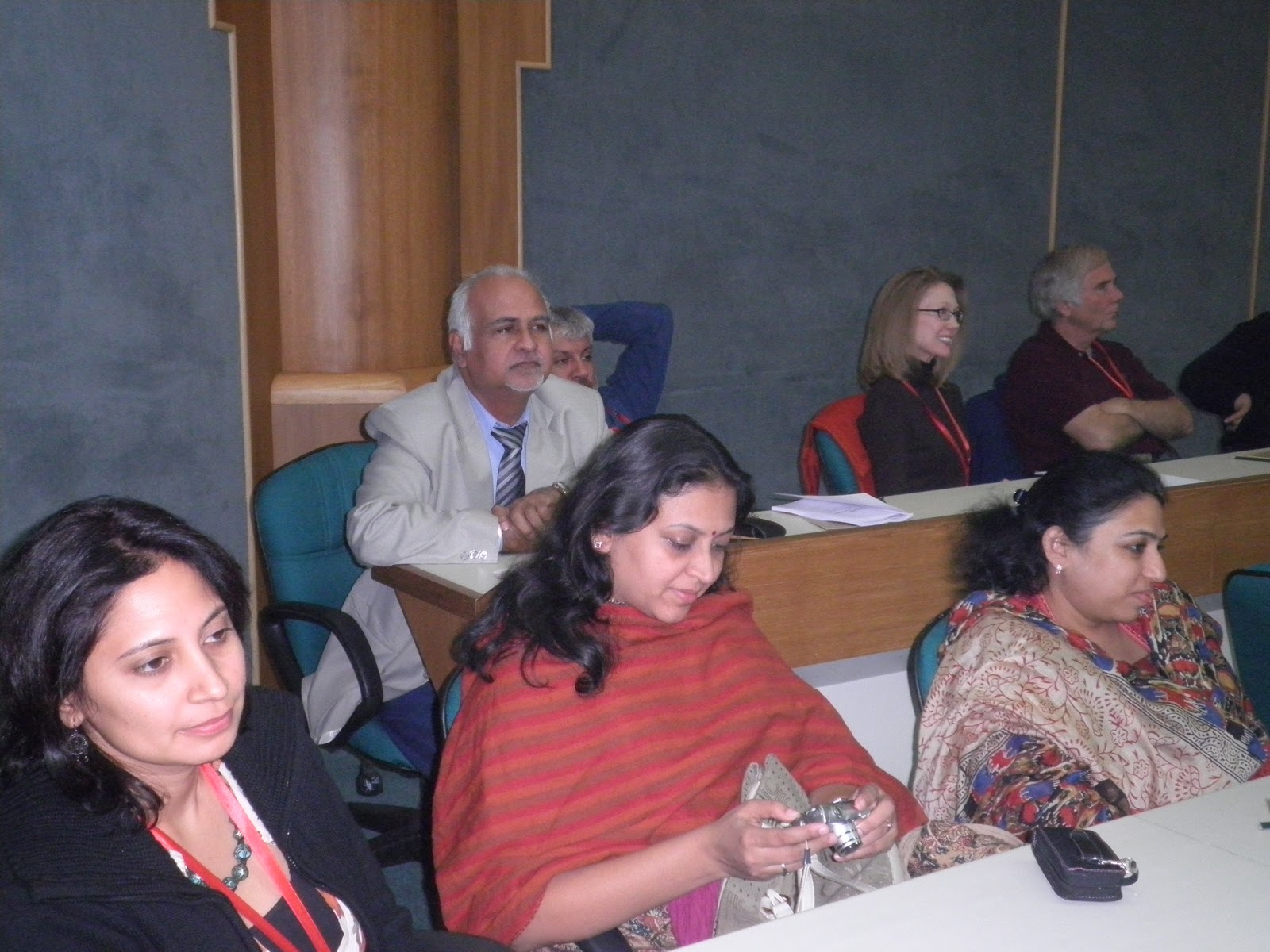 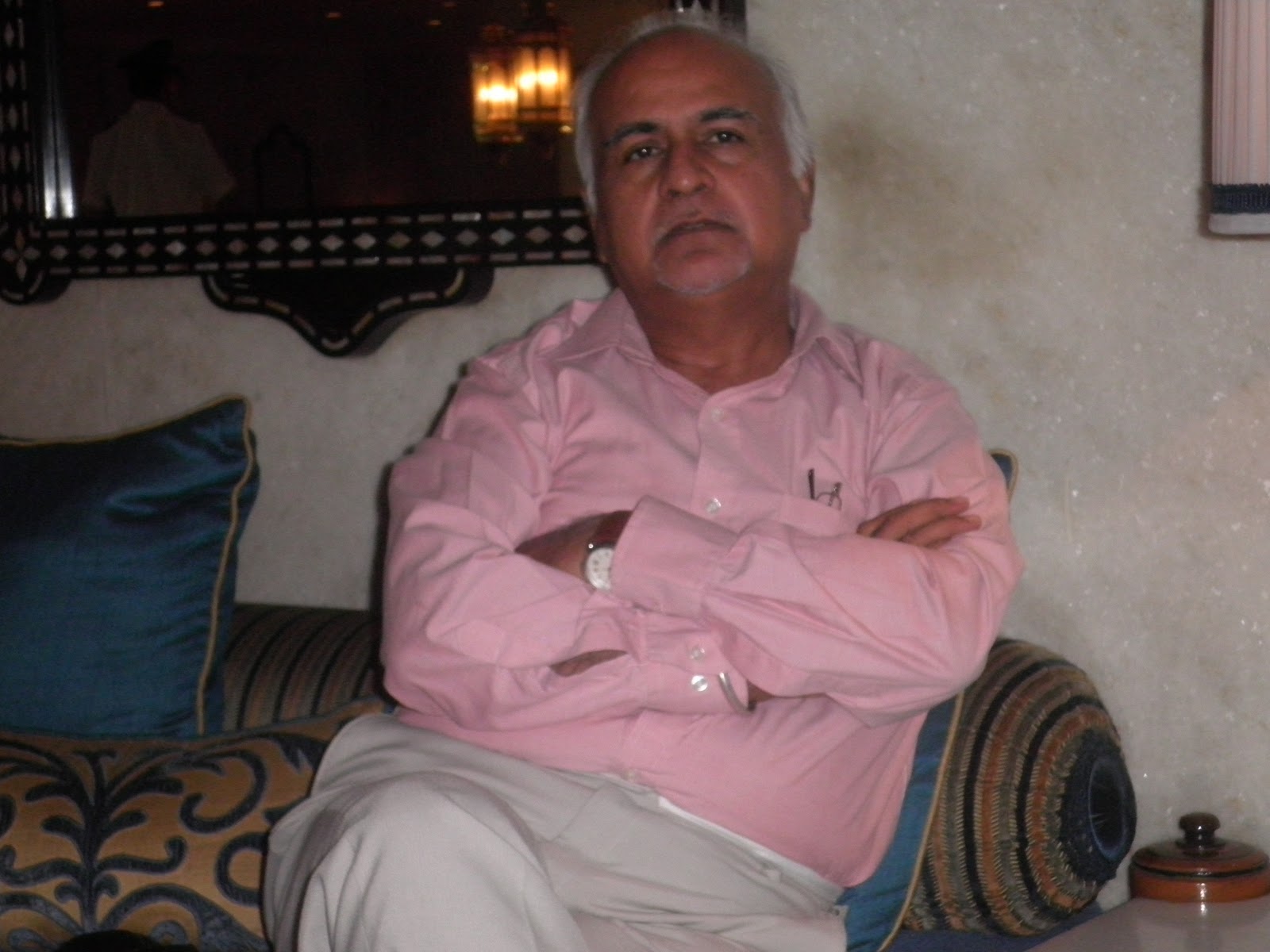 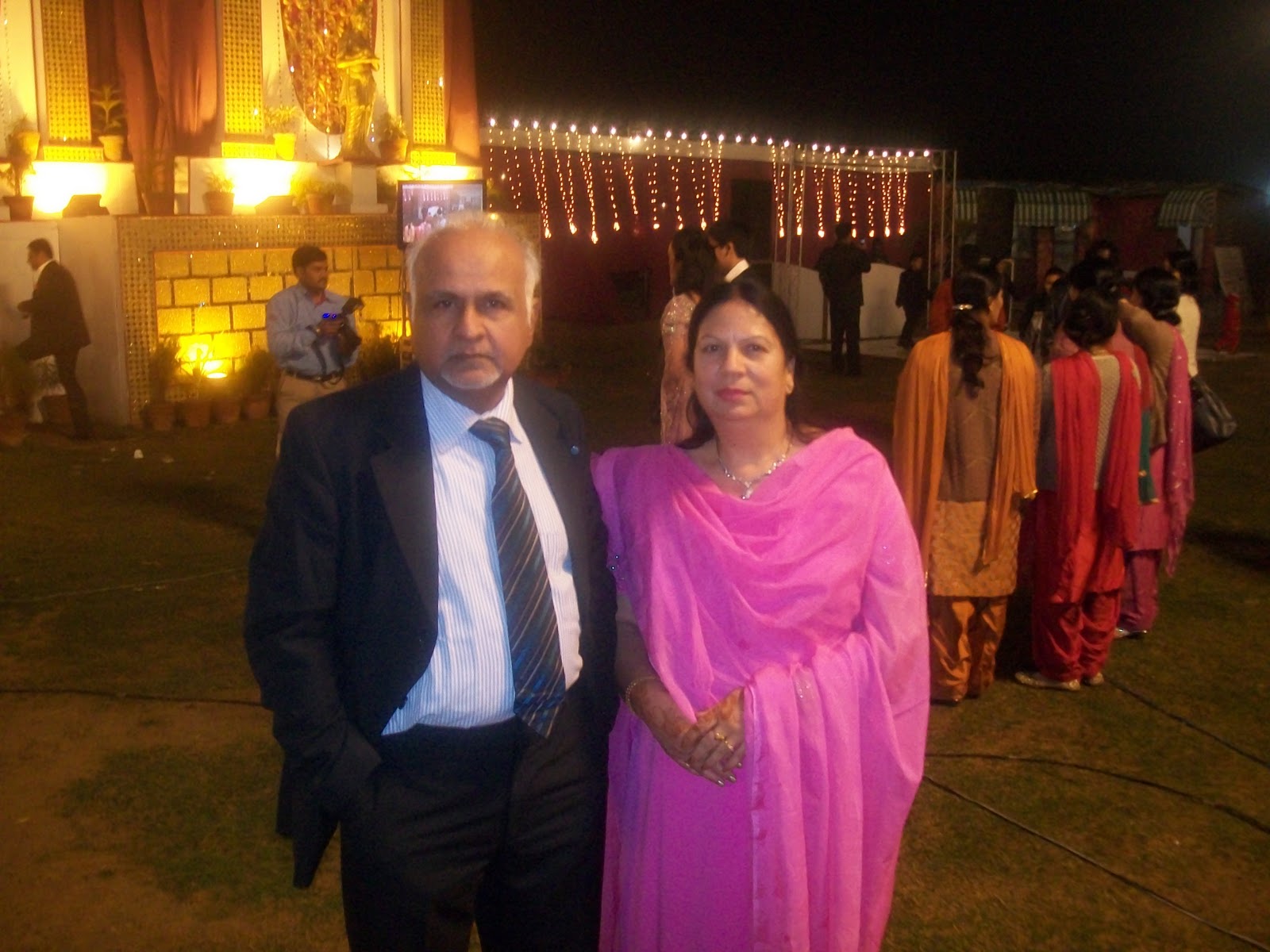 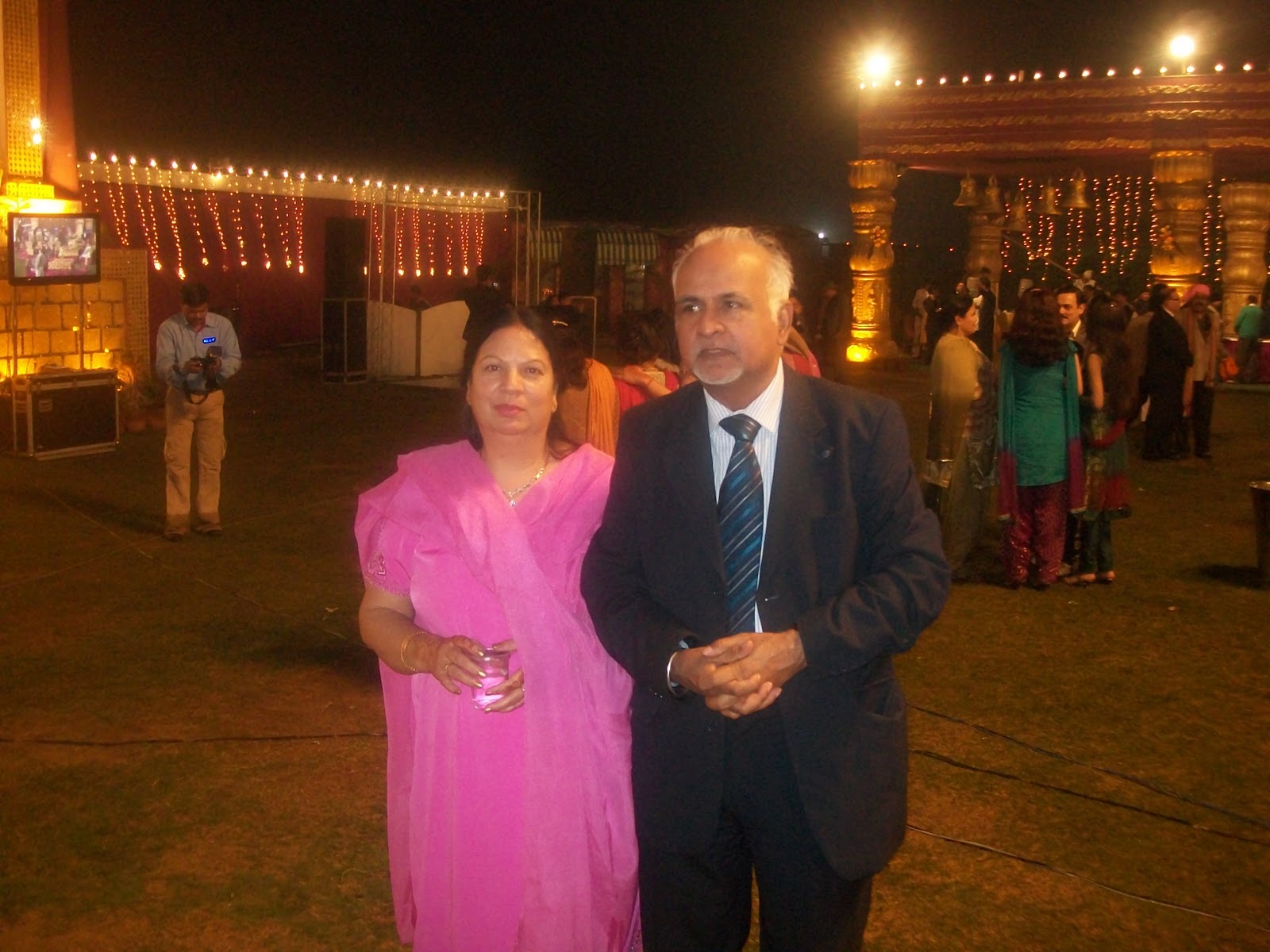 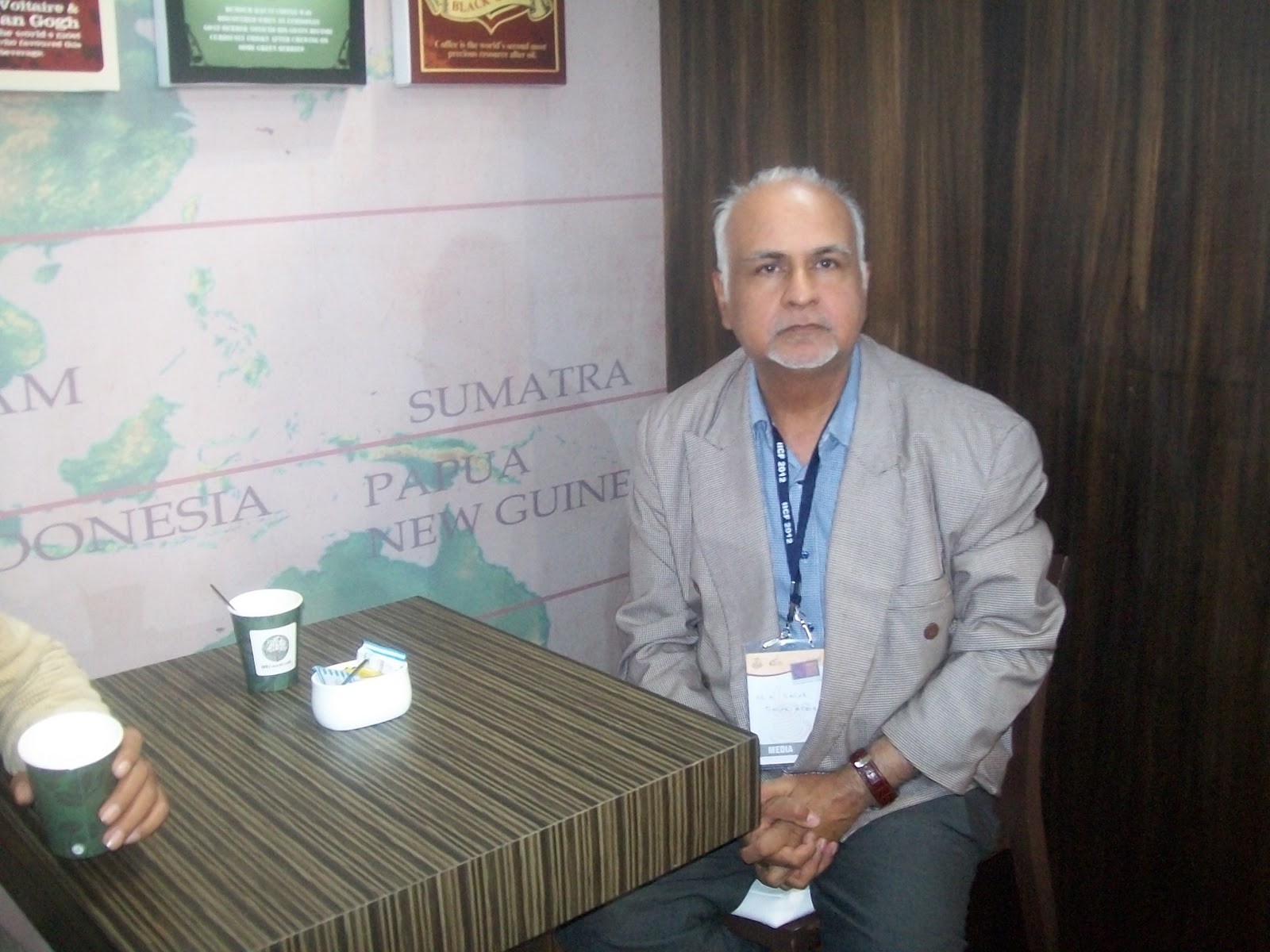 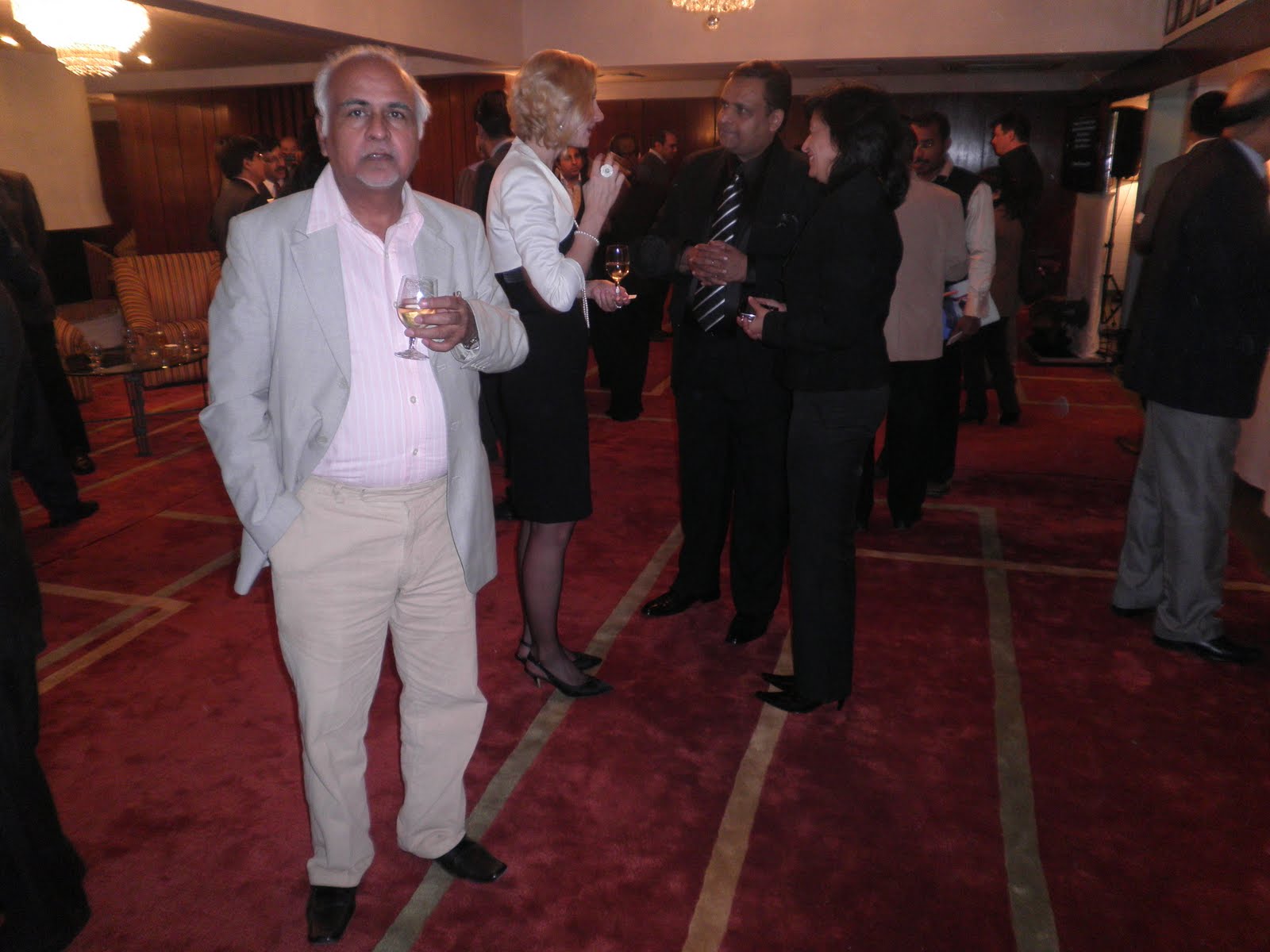 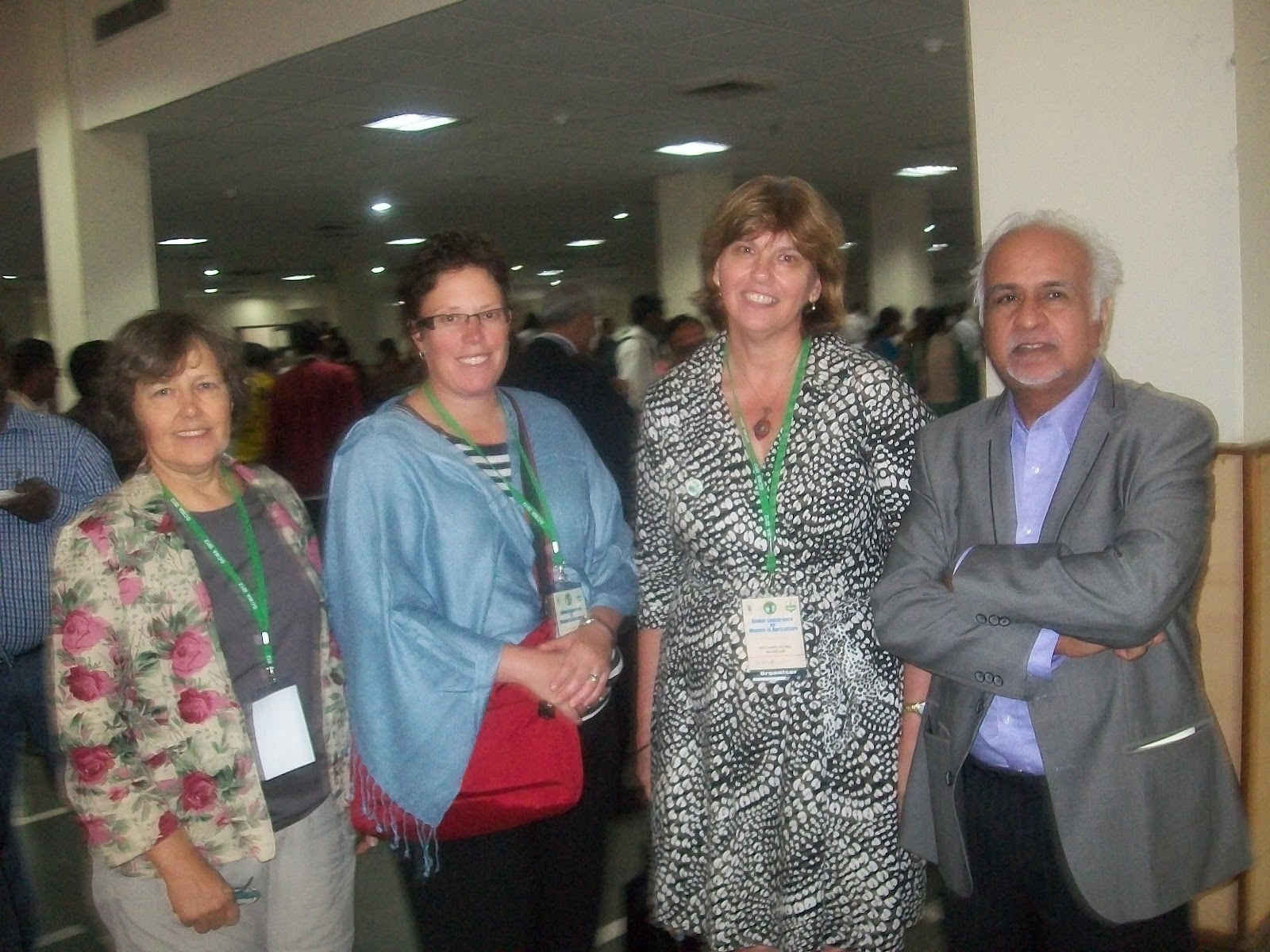 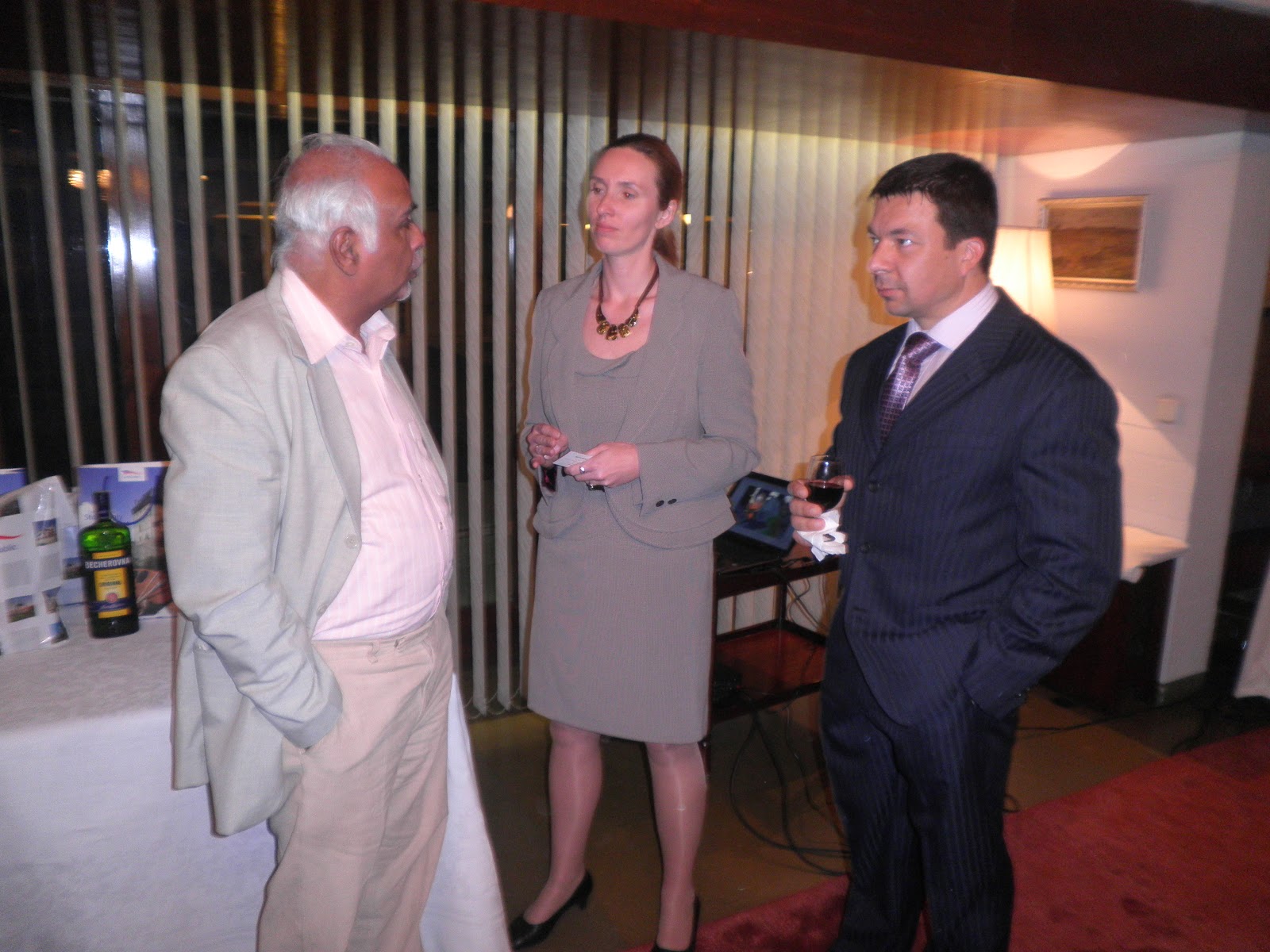 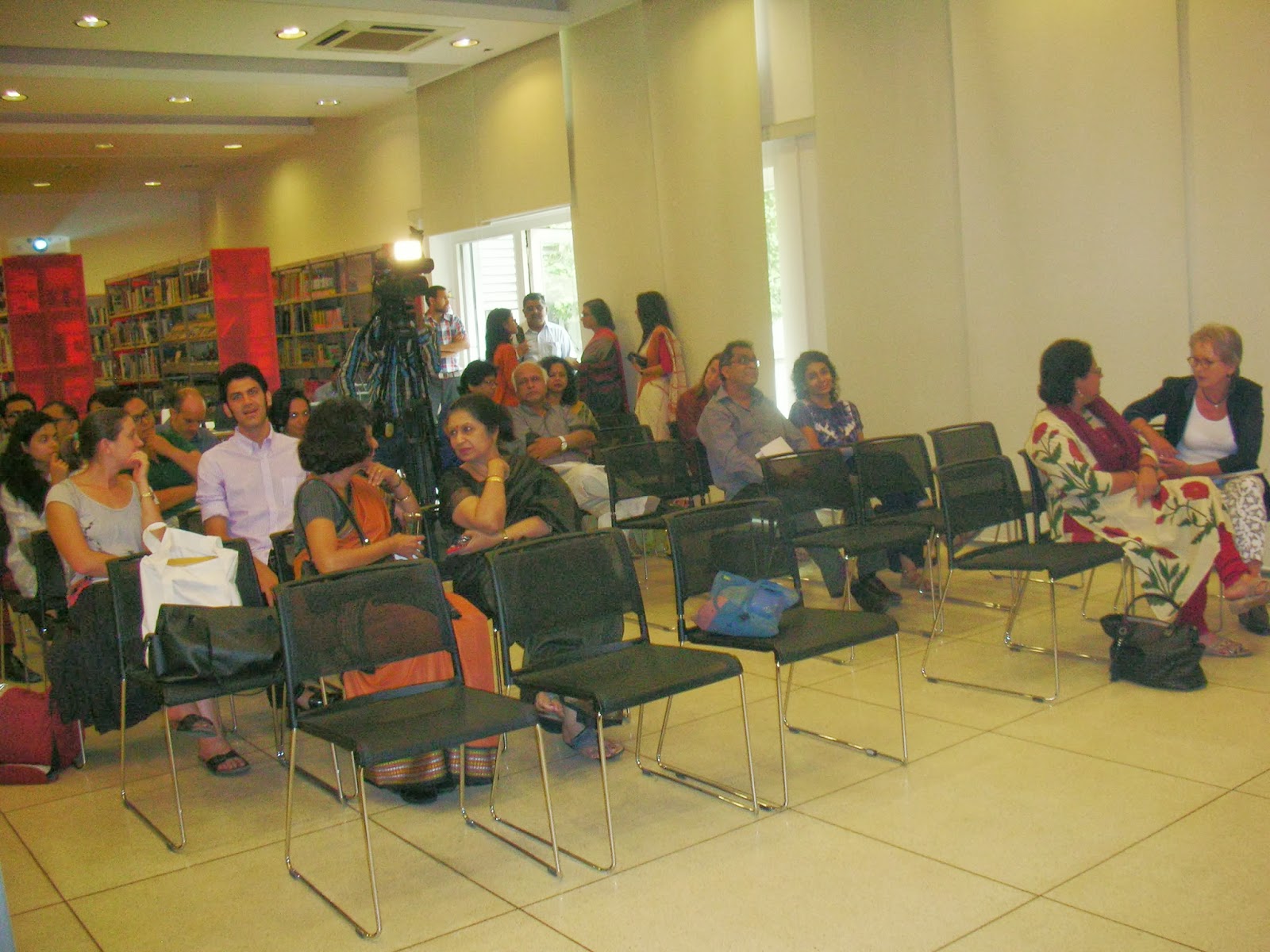 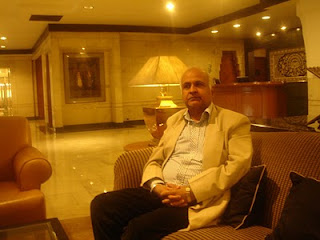 Dec 31,
Most of cricketers around the world has expressed surprise on the way MSD has resign, many called it an end of Dhoni cloud in BCCI.
Mahendra Singh Dhoni, abbreviated MSD, who scored big name in Indian cricket and is famous for his enforced  decisions and opinions to many out of ethical context.His stellar confidence, iconic team mates at his disposal and his naive, cricketing batting limited technique  helped him to take chances to win laurels for Team Dhoni.
Lately as team talent slipped so MSD fell into his own trap. A man responsible for injecting his own team members finally get from Harbhajan Singh, Yuvraj Singh, Mohammad Kaif the good wish to bring him luck ahead of his career.
Mahendra Singh Dhoni surprised cricketing world with his sudden announcement of retirement from Test cricket. Cricketers from across the world reacted with surprise and lavished praise on Dhoni’s decision to call it quit from the longer format. Teammates, friends and critics poured their hearts out on social media praising his decision.
Expressing views on Twitter, retired batting legend, Sachin Tendulkar, also a long-time teammate, congratulated him on his Test career and encouraged Dhoni to retain 2015 World Cup. In a Tweet former Indian Cricket team Test captain Anil Kumble boasted his test career and said well done to retire as a captain. will miss unique persona like M S Dhoni.
Tweets by
#Dhoni का क्रिकेट को योगदान आदरयोग्य है। वह सम्मानित खिलाड़ी हैं और लाखों खेल प्रेमियों को प्रेरित करते हैं: सर्बानंद सोनोवाल, खेल मंत्री

Essebsi sworn in as new president

Tunisia’s Beji Caid Essebsi has been sworn in as president after a second round of voting in landmark polls in the country, Al Arabiya reported. The 88-year-old won the runoff election in December with 55.7 percent of the vote, while interim President Moncef Marzouki garnered 44.3 percent. A total of 27 candidates stood in the first round of the election, which was held in November.

Greece’s parliament was dissolved Wednesday ahead of an early election, AFP reported, and the vote scheduled for January 25. The date was earlier announced Monday by Prime Minister Antonis Samaras. The new parliament will reconvene on February 5

Flash floods and mudslides have killed at least 53 people in the central and southern Philippines, Reuters reported. Tropical storm Jangmi prompted the evacuation of more than 86,000 people in Surigao del Sur, Bohol and Cebu provinces before weakening into a tropical depression, the national disaster agency said on Wednesday. Days of heavy rains have also hit neighboring Southeast Asian countries.

A leader of al-Qaeda linked militant group Al-Shabaab was killed in a US airstrike, Somalia’s National Intelligence and Security Agency said Tuesday. “With the help of the Somali national security and intelligence agency and its US counterpart, an Al-Shabaab leader was killed last night,” the agency said in a statement. On Monday, the Pentagon confirmed it had launched an airstrike, targeting an unidentified leader of the Islamist group in Saakow, some 330 kilometers west of Mogadishu. The militants have been attempting to overthrow western-backed Somalian government. In September, the US killed the group’s top leader, Ahmed Godane, in an airstrike.

The US and its allies conducted 15 airstrikes against Islamic State militants in Syria and Iraq on Tuesday, Reuters reported. Several units of fighters and buildings were hit, the US-led Combined Joint Task Force said. Seven strikes hit in Syria and eight in Iraq.

Moscow will not leave unfriendly steps without response, the Russian Foreign Ministry said in a comment on the expansion of US sanctions. The ministry’s spokesman, Aleksandr Lukashevich, described the inclusion of four Russian officials on the Magnitsky list as “politically motivated.” He also criticized as “groundless” restrictions imposed on Russian companies based on the US law on sanctions against Iran and Syria. The US actions question the “perspectives of bilateral cooperation in solving many acute international problems,” he said

A suicide car bomber has rammed his vehicle into the outer gate of the headquarters of the Libyan parliament, AP reported. No one was killed in the attack in the eastern city of Tobruk, according to parliamentarian Abu Bakr Baeira. The assembly has been forced to convene in the city since Islamist-allied militias seized the capital, Tripoli, over the summer and revived a rival government. No one has claimed responsibility for the bombing.

An AirAsia Airbus A320 plane reportedly overshot the runway at Kalibo International Airport near Boracay, a popular Philippines tourist destination, on Tuesday evening. Posts on social media showed emergency slides being deployed from the plane, which appeared to have come to a halt on a grassy field, the Straits Times reported. Passengers said the plane came to “a very abrupt stop.” No injuries were reported. The flight was scheduled to depart at around 4.15pm on Tuesday, but was delayed by almost two hours due to bad weather, according to the paper.

Syria govt, opposition may hold talks in Moscow on January 27-29

Deputy Foreign Minister Faisal Mekdad has said that the Syrian government may hold talks with opposition representatives in Moscow on January 27-29, RIA Novosti reported. Russia has already made contacts regarding the talks, he told Kyodo news agency. It is reported that representatives of Syrian opposition groups will meet with Russian public figures in Moscow on January 27. The meeting may be followed by negotiations between the opposition and Syrian government officials on January 27-29.

Flash floods and landslides triggered by Tropical Storm Jangmi left at least 29 people dead and 10 missing in the Philippines, AP quoted officials as saying Tuesday. Jangmi, packing winds of 65 kilometers an hour and gusts of 80 kilometers an hour, dumped heavy rains Monday on southern Mindanao Island, sending thousands of residents to evacuation centers. The storm then pushed its way through eastern and central islands of the Philippines, where most of the deaths occurred Tuesday. As of Tuesday afternoon, the eye of the storm was 108 kilometers southwest of central Iloilo City, moving west at 19 kilometers an hour toward the western Palawan Island.

Malaysia’s worst flooding in a decade has forced nearly a quarter of a million people from their homes, Reuters quoted officials as saying on Tuesday. Meanwhile, the government came under fire for its perceived slow response. “Exceptionally high” water levels had cut off rescuers from relief centers as the death toll rose to 21 across the northeast, according to the National Security Council. Fifteen people have been killed in neighboring southern Thailand.

A 5.3-magnitude earthquake hit Iran’s southern Bushehr Province near the country’s nuclear power plant on Tuesday, IRNA reported on Tuesday. After the town of Shonbeh was hit at 03:49 GMT, several buildings were damaged, but no casualties were reported. The quake jolted a sparsely-populated district, and the epicenter of quake was in the Shonbeh district, some 120km southeast of Bushehr, the home to the country’s first nuclear power plant, Iran’s state TV said.

Fate of 98 people on board Norman Atlantic ferry still unknown

Italian authorities still do not know the fate of 98 people who were on board the Norman Atlantic ferry from Patras in Greece to Ancona in Italy on Sunday when a fire broke out on its car deck. Earlier, 40 people were considered missing, TASS reported. The Greek government’s Marine Accidents Investigation Commission said it would investigate the accident, in which a total of 10 people have so far been confirmed dead.

A woman from Haringey in north London has been arrested at Luton Airport on suspicion of Syria-related terror offenses, the BBC reported, citing police. The 25-year-old was held at 11:30 GMT after a flight from Istanbul in Turkey as part of an intelligence-led operation. She is being questioned at a police station in the West Midlands on suspicion of preparing for terrorist attacks, according to West Midlands Police.

The Italian coastguard service has rescued 970 migrants after smugglers abandoned them on a cargo ship in rough seas, AP said. The migrants, most of them believed to be Syrians, arrived in Gallipoli, in Apulia, southeast Italy, before dawn Wednesday. More than 100 migrants were treated for hypothermia. A passenger sent out a distress call while the ship was off the Greek coast. Six Italian coastguard workers had been lowered by helicopter onto the Moldovan-flagged Blue Sky M. There was no crew aboard and the ship’s engine was shut off. Smugglers frequently abandon migrants at sea.

At least 35 people are confirmed to have been killed in clashes between Burundi’s army and members of an unidentified rebel group near the Democratic Republic of Congo border, AFP reported. “On our side, we have lost one soldier,” a top Burundian army official said Wednesday. Officials and witnesses said the group of around 200 rebels crossed into Cibitoke province north of the capital, Bujumbura, overnight Monday. Media agencies

1 01 2015
Shri Navin Tondon has been appointed as new Member Electrical, Railway Board & Ex-officio Secretary to the Govt. of India. Prior to this appointment, he was General Manager South Eastern Central Railway (SECR). Earlier, Shri Tandon was working as Additional Member (Electrical), Railway Board.
Shri Navin Tandon has also worked as Additional General Manager, Eastern Railway, Kolkata. He is an Electrical Engineer and did his Master of Technology from Indian Institute of Technology, Delhi. He joined Indian Railways Service of Electrical Engineers (IRSEE) through 1976 Examination Batch. He also worked as Chief Electrical Engineer/Central Organization for Railway Electrification (CORE)/Allahabad, Chief Electrical Engineer, North Central Railway/Allahabad and South Western Railway/Hubli. Shri Tandon has got rich experiences of working of Sr. Dy. General Manager, North Central Railway and Divisional Railway Manager, Varanasi, North Eastern Railway.
Besides this, he acquired training in Canada, Japan and USA on computerization of Railways and Rolling Stock management respectively.

Shri Chauhan was born on 30th June, 1957. He started his career on 17th January, 1979 in Bank of Baroda as Direct Recruited Officer.  He is an experienced banker and has worked in various capacities.  He has the experience in handling Overseas operations, as he headed London (Main) branch for over three years. He was Zonal Head/SLBC Convenor of Rajasthan Zone from 02.06.2011 to 05.08.2013.

Shri Animesh Chauhan joined Central Bank of India on his elevation as Executive Director on 5th August, 2013 and he was overseeing the portfolios such as Retail Banking, Information Technology, Transaction Banking, Priority Sector, MSME and Recovery.

Oriental Bank of Commerce presently has Business Mix of over Rs.3,30,000 crore with a Pan India network of 2200 Branches, 2468 ATMs and a customer base of over  24 million. The Bank has 34 (Thirty Four) Regional Offices across the country and One Representative Office in Dubai. 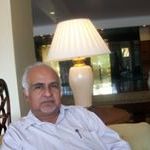 Add Document Add Photo
Sort by: Date of last comment Show me: All the posts 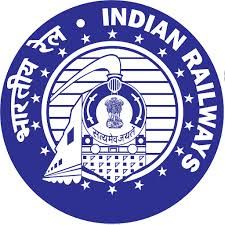 Ministry Of Railways
Happy New Year and What India likes about Railways!
Dear Railway Circle Members:Indian Railways wishes each one of you a Happy New Year 2015! Thanks for sharing “Things you like about Indian Railways” The compilation is attached and also available at: http://tinyurl.com/Why-Indian-Railways
… More>> 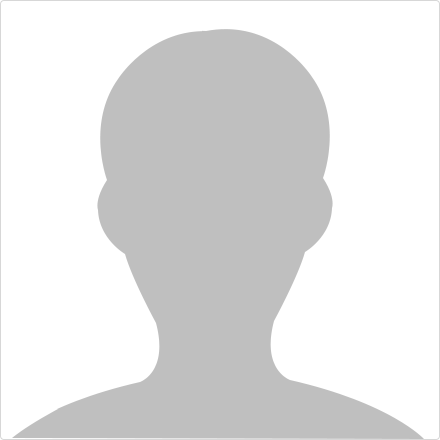 MUKUL JAIN
thankx and same to you
2 minute(s) ago