296 Palestinian children have been killed so far in an IDF operation in the Gaza Strip, UN says. The continued bombardment took 84 lives on Saturday alone, with Israeli PM saying that destroying Hamas’ tunnels is not the ultimate goal after all.
“Children make up for 30 percent of the civilian casualties,” said UNICEF, adding the toll is only rising.“The number of child casualties during the last 48 hours may rise as a number of incidents are pending verification,” it said in a statement.
UNICEF reported that confirmed casualties so far include 187 boys and 109 girls – with at least 203 of them under the age of 12.
Israeli shelling in the Gaza Strip taking the Palestinian toll to 1,712, even as the Jewish state vowed to keep up pressure on Hamas while signaling plans to scale down its three-week long military operation. Nine members of a family were among 30 people killed today in Israeli attacks in Rafah, bordering Egypt, taking the Palestinians toll to 1,712, with more than 9,000 wounded.
The dead included 398 children, 207 women and 74 elderly people, said Dr. Ashraf al-Qedra, spokesman for the Palestinian Health Ministry in Gaza.
Meanwhile, Israel today declared dead one of its soldiers who was captured by militants on Friday, triggering a major escalation of conflict and collapse of a 72-hour humanitarian truce, brokered by the US and the UN.
So far 64 Israeli soldiers have been killed and 400 others injured.
Three Israeli civilians and a Thai national also died in rocket and mortar attacks.
Israel has indicated that it may be scaling down its ground offensive in Gaza as its troops pulled out from parts of the coastal strip.
The Israeli army yesterday told residents of Beit Lahiya town in northern Gaza that it was “safe” to return to their homes, as witnesses said troops were seen withdrawing from the area.
“We have told Beit Lahia residents that they may return to their homes. We advised them to avoid explosives placed by Hamas across the area,” the Israel Defence Forces tweeted.
It was the first time troops had been seen pulling back since the start of the deadly 27-day conflict, which has forced up to a quarter of Gaza’s population into exile.
The move came after the army said Israel was “quite close to completing” the destruction of tunnels used to infiltrate southern Israel.
However, later in the day, Prime Minister Benjamin Netanyahu said Israel will keep up its military campaign in Gaza for as long as needed and with as much force as necessary.
He said that all options were “on the table”.
“From the beginning, we promised to return the quiet to Israel’s citizens and we will continue to act until that aim is achieved. We will take as much time as necessary, and will exert as much force as needed,” he said in a public address.
But despite the partial withdrawal, Israel’s security cabinet decided against sending representatives to hold ceasefire talks with the Palestinian delegation that had arrived in Cairo yesterday.
The delegation included a representative of Fatah and Palestinian intelligence, with Hamas and Islamic Jihad likely to join it later.
Edit : Edit
Comments : Leave a Comment » 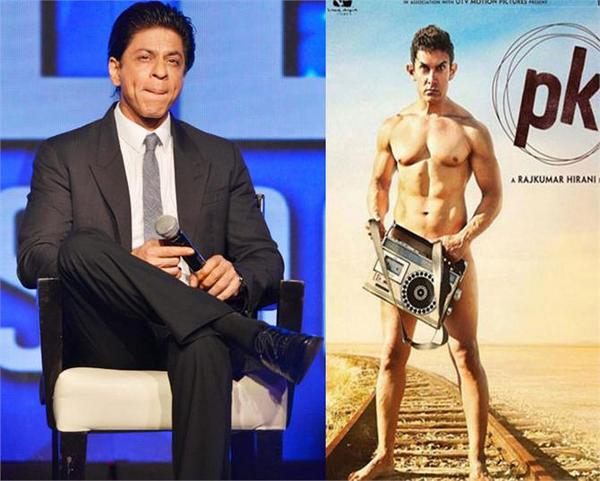 3082014
Patient Specific Jigs for customized Total Knee Replacement completes successful one-year
‘Early User Feedback Program’
A study conducted by Dr. (Prof) RajuVaishya on customized jig technology shared at the forum
3rd August 2014, New Delhi: In a symposium conducted in city today, renowned joint replacement surgeons from across the country endorsed the highly advanced and effective Patient Specific Jig technology which is now made available in India for benefit of patients suffering from knee joint disorders. The technology was made available to 10 select knee replacement surgeons in North India for an early user feedback.

3082014
AAP: An Activist,turn  NGO turn political parties show their rhetoric  colors .
Please just contemplate on science of politics of  AAP who discourage other civil society members not to indulge in Dharna or  public meeting at jantar Mantar as none hear one voice this way.AAP has only rostrum at Jantar Mantar and only fora  for their gains  to come to Jantar Mantar.
Aam admi party tell real Aam Adami or civil society members not to waste time on Dharna  protest at Jantar Mantar  but practice it themselves thus beware of double speakers ,here is  invitation of AAP
Not by promising good days but by electing honest people can inflation be reduced : Manish Sisodia,AAP pic.twitter.com/vhvwzCVwL8 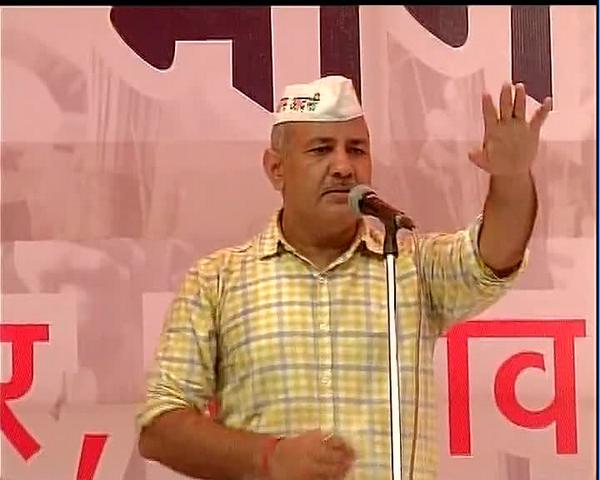 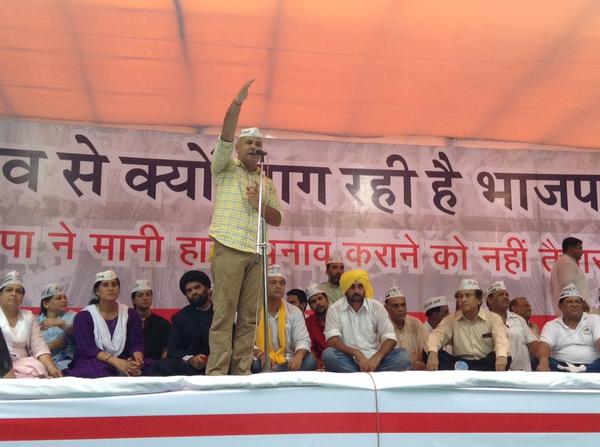 From: AAP Media Cell  Sat, 2 Aug ’14 7:54p
To: undisclosed-recipients:;
Show full Headers
Why is the BJP running away from Delhi assembly elections ?
Why are the people of Delhi being denied the right to elect a government of their choice ?
The Aam Aadmi Party is organising a public meeting at Jantar Mantar on Sunday,
3 August from 3 PM onwards to demand the dissolution of Delhi assembly and fresh elections.
The main speaker will be AAP national convenor and former Delhi chief minister, Arvind Kejriwal.
Thanks
Regards,
AAP Media cell 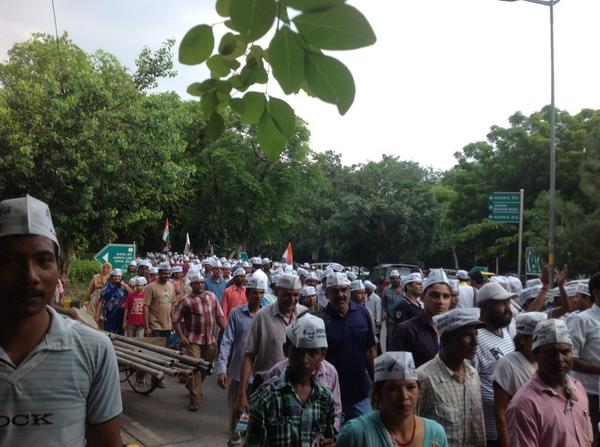 3082014
Greetings !
We would like to cordially invite you to an interactive event happening at IIC, Delhi on the 4th August, wherein issues of ecology and rivers will be expressed through poetry and creative writing, along with discussions. The invite of the same is attached ( and pasted below) herewith.
With warm regards,
NAPM team
Edit : Edit
Comments : Leave a comment

Bollywood’s CINESTAR  Kangana Ranaut, who impressed everyone with her performances in ‘Queen’ and ‘Revolver Rani’, seems to have impressed the right people not only in Bollywood, but also on the international cinema scene.

Sources close to the actress state that international filmmaker, Edoardo De Angelis, recently approached Kangana to play the lead opposite actor Massimiliano Gallo for an Italian film. Kangana, who recently returned from the US, where she had gone to study screen-play writing, is in talks with the filmmaker to discuss the role and the script. Though the actress has not given her nod to the project yet, it is quite an exciting offer and speculations are rife that Kangana might take it up.

When contacted Kangana confirmed, “Yes I have been offered the role opposite Massimiliano Gallo in the film but I am still contemplating it.It feels nice that after Queen, producers as such as those onboard Divine Lovers are offering projects to me.I think the European market has opened up for me”.

Kangana Ranaut, who has been in the news recently for back to back hits like ‘Krrish 3’, ‘Queen’ and ‘Revolver Rani’, will be next seen in Aanand L Rai’s ‘Tanu Weds Manu 2’ and Sai Kabir';s Divine Lovers.
Edit : Edit
Comments : Leave a comment

SECURING SOCIAL SERVICES AND SECURITY FOR ALL

With a new government in power, in its first parliament session, a number of campaigns around issues that affect the poor and marginalised have decided to come together in order to hold a public hearing in the budget-cum-monsoon session of parliament. To follow up on this decision, the Pension Parishad, the Right to Food Campaign, and the Rashtriya Mazdoor Adhikar Morcha, the JSA and the NAPM invite you to a public hearing on 4th August, 2014. The Public Hearing will focus on Pensions, NREGA, NFSA, including rations and maternity entitlements. It will be held at the Jantar Mantar, New Delhi.
The hearing will also spend some time discussing the changes being made in thelabour laws in favour of the Industry, changing land use and the merciless acquisition of land which is going to have a deep impact on people’s livelihoods, making them socially and economically more vulnerable.

We will invite Members of Parliament and others associated with all these campaigns to participate. We would like at least ten persons to come from each State and national network within each campaign for the hearing, including testimonies. Till now from the confirmations received, we have learnt that the larger mobilisation will be of people from Bihar, Rajasthan and Delhi.

Since the time for testimonies will be very limited, we request you to bringalong as much material as you can in the form of photos, written testimonies reports, etc. Do let us know how many people will be attending. All organisationsand participants will come at their own cost while the campaigns will share the cost of the tent and mike. On the 4th, packed lunch will be provided at a subsidised rate of Rs.20.

On the 5th of August, a meeting of all these campaigns will be organised so that we can build a joint movement across all social sectors in order to strengthen our collective efforts and voices. A note for discussion written by Abhay Shukla of the JSA and of the Right to Life Alliance of Maharashtra is attached. This meeting will take place at Raja Ram Mohan Roy Memorial Trust (Brahmo Samaj) Hall, 12 – Rouse Avenue Lane, (Opp. Gandhi Peace Foundation), New Delhi – 110002.

Since only representatives of different groups and regions from all the campaigns are expected to attend the 5th meeting, we will not make arrangements for accommodation. In case you feel that accommodation is needed on the 4th night, do let us know and we will try to organise accommodation at the Gareebdas Dharamshala near LNJP Hospital.

Cordially invite you to a
PRESS MEET