AAP candidates named to fight the by-polls in Punjab

Most of Indian political outfits run by individuals, so is AAP where only One leader prevail and his supremacy and his words are line on stone.Many leaders have deserted this man but he stands without being felt insulted and still follows his rule and regulations to conduct parties main decisions.Such is one decisions that  AAP will not contest assembly elections in Haryana, Jammu and Kashmir, Jharkhand and Maharashtra scheduled later this year. Where and when this decision was taken ,Arvind who talks of his self esteem after very word runs AAP with anti-democratic set up and his party meet is never in front of media. Indian  are finding breed of politicians who feel and think that they have the right to win and dictate and rest follows them blindly.With such bloated ego when there is enough space for democratic parties to  play its role to galvanize new emerging leadership we have in most parties top leaders put valiant veil on such emergence.  Political analyst gives reasons for such utterances an ulterior motive and one such is that Aam Aadmi Party will contest the by-poll on the two seats in Punjab which will be held next month. Arvind Kejriwal announced this after the party's three-day national executive meeting which concluded in Sangrur (Punjab) today, 27th July.

Arvind, however, said that AAP will not contest assembly elections in Haryana, Jammu and Kashmir, Jharkhand and Maharashtra scheduled later this year.
The two AAP candidates named to fight the by-polls in Punjab's Patiala and Talwandi Sabo seats are Balkar Singh Sidhu and Harjeet Singh Adaltiwala respectively.

28072014
Hyderabad, July 27: Krishnaraaj Mahadik of Mohites Racing, Kolhapur drove an aggressive race to upstage his more illustrious teammates and emerge winner in the Senior Max category of the 11th JK Tyre-FMSC National Rotax Max Karting Championship’s second 2nd round and leapfrog to the top of the points table at the Airport Karting track, Hyderabad on Sunday.
After two rounds, Mahadik is leading the championship points table with 71 points, followed by Ameya Bafna of Rayo Racing with 69 and Vishnu Prasad of Meco Racing tied with Dhruv Mohite on 65.
The Junior Max category saw a renewed tough battle between Ricky R Donison of BPC Racing and Kush Maini of Dark Don Racing. Maini was leading throughout the race, before Donison, displaying superb control and composure squeezed past at the last corner to take the chequered flag.  Aaroh Ravindra also flew past a rattled Maini, who had to settle for third place.
Maini, however, can take solace from the fact that he is leading the points tally with 73, followed by Aaroh Ravindra and Akash Gowda (both Meco Racing) on 71.
The Micro Max category also saw a close battle between Meco Racing teammates Yash Aradhya and Shahan Ali Mohsin, before the 11-year-old Yash prevailed for his second back to back victory. Chirag Ghorpade of BPC celebrated his ninth birthday in style, finishing in third place.
However, Shahan’s second place finishes in the pre-final and the final races saw him go to the top of the points table with 75, followed by Yash on 73 and Paul Francis on 72.
Yash Aradhya, who was a little slower on the start and was trailing Shahan initially was elated with his second win on the trot and said, “I pressed the throttle a little later than Shahan and hence slipped into second spot. I planned to take him on the next corner but after two more corners I got the lead and then just aimed to keep safe.”
Mahadik, starting the race in in sixth position was off in a flash when the green flag was waved, moving into second place behind teammate Chittesh Mandody, the pre-final winner. Keeping the pressure on Mandody through the tight corners, Mahadik forced Mandody to crash out in the 10th lap, after which it was a one-horse race, with the battle for second and third spot hotting up between Dhruv Mohite, Vishnu Prasad and Nayan Chatterjee. Mohite was no match for the canny Vishnu and the determined Chatterjee, who finished second and third respectively.
“I struggled a lot with my car. Was not there in the race in the initial stages, but later pulled it through,” said Mahadik
Donison and Maini, placed one and two on the grid, were quickly into the thick of things at the flag off, roaring around the corners in their quest to outdo each other. Though Donison did manage to wrest the lead for short periods a couple of times, it was Maini who led for prolonged periods. It was the relentless pressure kept up by Donison that seemed to have finally unsettled Maini and at the last corner, Maini seemed to be standing still as Donison charged past, followed closely by Ravindra.
“I started second after Kush Maini and it was really a tough race. He made a move in the first corner and then he started defending very well. I couldn’t get past him through I tried very hard. In last corner I saw a gap and I went for it,” said Donison after his hard fought win.
To 5 Results:
Senior Max:  Krishnaraaj Mahadik (Mohites) 18:38.865; Vishnu Prasad (Meco) 18:42.684; Nayan Chatterjee (Rayo) 18:42.975; Arya Gandhi (Rayo) 18:46.779; Dhruv Mohite (Mohites) 18:45.694
Junior Max: Ricky R Donison (BPC) 16:01.613; Aaroh Ravindra (Rayo) 16:01.628; Kush Maini (Dark Don) 16:02.243; Mira Erda (Dark Don) 16:05.651; Akash Gowda (Meco) 16:12.589
Micro Max: Yash Aradhya (Meco) 12:11.002; Shahan Ali Mohsin (Meco) 12:13.785; Chirag Ghorpade (BPC) 12:13.933; Paul Francis (Meco) 12:25.714; Arjun Nair (Meco) 12:28.235
Edit : Edit
Comments : Leave a Comment » 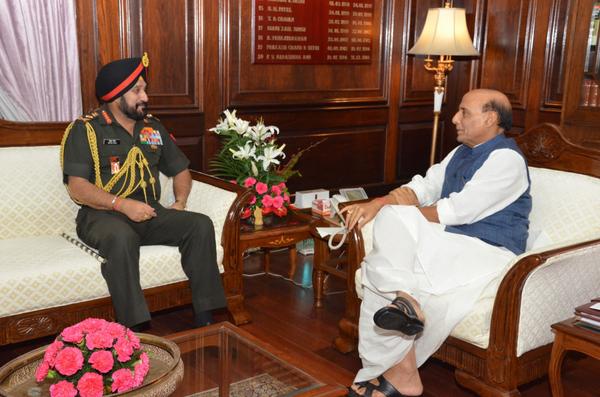