The LPAI has been tasked with the responsibility of putting in place systems which address security imperatives relating to the cross border movement of passengers, vehicles and goods as also developing Integrated Check Posts (ICPs) at designated points along the international borders of India. In the first phase seven ICPs are proposed to be set up, of which five are under construction. The ICP at Attari is expected to be operationalised shortly.

The LPAI would function as a body corporate under the Department of Border Management, Ministry of Home Affairs.
at March 02, 2012 No comments:

Email ThisBlogThis!Share to TwitterShare to FacebookShare to Pinterest
CCI:Internal restrictions on film distribution within the country are illegal 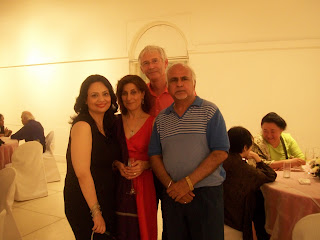 Indian government has ruled that some of the internal restrictions on film distribution within the country are illegal and must be dismantled.The ruling came from the Competition Commission of India, which had been petitioned in 2010 by in a complaint against regional distributor associations including the Karnataka Film Chamber of Commerce and Bihar and Jharkhand Motion Pictures Association concerning the film Kites. The studio was subsequently joined by two other industry giants UTV Software Communications Ltd and organisations Eros International Media Ltd, and by the FICCI Multiplex Association of India.CCI (Competition Commission of India) India's trade practices regulator has penalised 12 state film associations across the country for taking anti-competitive decisions, including discrimination against Hindi films and forcing producers to become their members.

The (CCI) has asked film associations of Karnataka, Andhra Pradesh, Tamil Nadu, Bihar and Orissa, among others, to pay 10% of their annual income to the different petitioners, after clubbing all similar cases filed by different producers against different associations.
Producers such as UTV, Reliance Entertainment, and Eros called it a landmark judgment that will change the dynamics of film business, while officials of some state film associations said they will challenge the order in higher courts.
The CCI imposed a fine on the associations equivalent to 10% of their past three years revenues.The decision favours those groups which want to build nationwide releasing and exhibition operations, where India was previously an amalgam of states each with different rules and regulations for cinema. UTV said that the regional associations put restrictions on the number of screens a film from outside its region could occupy; that the distributor was obliged to register its films with the regional associations; and that the associations set release holdbacks that meant the film could not be exploited on satellite TV or in home entertainment sectors.

‘No Shave, No Lipstick Movement’ by Gillette. 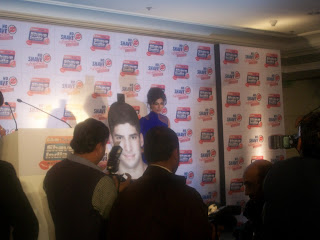 Actress Chitrangada Singh feels men look best when clean-shaven, and says its a big turn-on for women.
“I do believe that men always look their best when well-groomed and shaving is an integral part of it. For years, women have been known to doll up for their man and now it’s time for men to reciprocate by shaving and being well groomed,” “I feel it is mostly clean shaven men who are able to sweep a woman off their feet with their presence and charm,” she added.Chitrangada, who was seen in “Desi Boyz”, has associated herself with a ‘No Shave, No Lipstick Movement’ by Gillette.According to the mantra of the movement, women are more likely to kiss a clean-shaven man on the cheek rather than a man with a stubble.
at March 02, 2012 No comments: