New Delhi, 17 February 2014: Airtel Rising Stars 2013-14, India’s largest under-16 soccer talent hunt today announced the names of 23 children who will participate in the final trials at a two-day camp in Goa. The final trials will kick start from 20th February 2014.

The upcoming camp, overseen by Manchester United coaches, will help choose 11 young footballers who will train at a weeklong camp at the Manchester United Soccer School in the United Kingdom. The camp will mark the culmination of an intensive six-month talent hunt conducted in seven cities with the support of state and district football associations.

The experienced and watchful eyes of the coaches will judge players on their performance, taking into consideration their physical and mental strengths, expertise in position, and technical acumen. Based on their expertise and skills test, players will be selected based on criterion mentioned in the Manchester United Scouting Guidelines.

The names of 11 selected players, including one goalkeeper, will be announced on 21st February 2014.

Started by Bharti Airtel in association with Manchester United, one of the best soccer clubs in the world, ‘Airtel Rising Stars’ screens young footballers across India for sporting capabilities and skillsets based on their performance in tests, real time match simulations etc. The on-ground execution of ‘Airtel Rising Stars’ has been entrusted to Procam International - India’s largest Sports marketing and Leisure Management company. 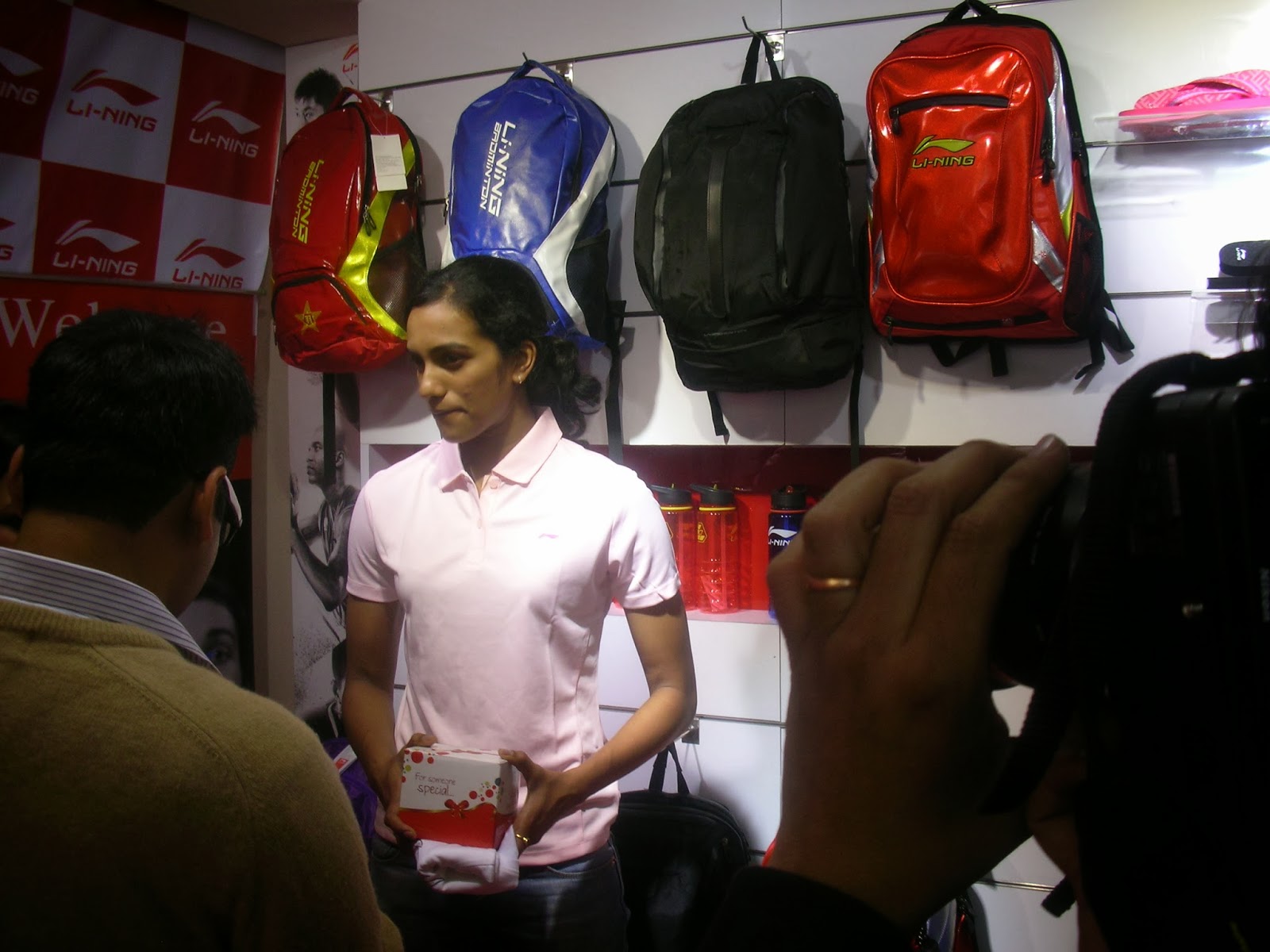 Average growth under UPA-I was 8.4 per cent and UPA-II 6.6 per cent: GDP growth rate in Q3 and Q4 of 2013-14 will be at least 5.2%
PSUs to achieve record capex of Rs 2,57,645 crore in 2013-14. Drinking water and sanitation ministry gets Rs. 15,260 cr; Social Justice and Empowerment gets Rs. 6730 cr: Chidambaram.
19 oil blocks were given out for exploration and 7 new airports are under construction.
I have kept Rs. 5,55,322 cr for plan expenditure.For Ministry of Housing & Poverty Alleviation-Rs. 6000 crore;Rs. 21k cr to Ministry of WCD,said  Chidambaram.
Ministry of HRD gets Rs. 67,398 crore. Non-lapsable Rs 1,000 crore for Nirbhaya fund for safety and dignity of women: Chidambaram.
Panchayati Raj Ministry to get Rs 7,000 cr. High allocation for food subsidy to enable roll out of the Food Security Act.
Railways need to mobilise support through market borrowing: Budgetary support to railways has been increased to Rs 29,000 crore.
Gender budget has Rs. 97,000 crores and child budget Rs. 87,000 crores:
The allocation for the Defence Ministry has been increased to Rs. 2,24,000 crores
Rs.1,200 crore to be released for additional assistance to the north-eastern states this fiscal: Chidambaram
Today we have more than 3.9 lakhs of rural roads. Health allocation has also been increased:
Expenditure on education has increased from Rs 10,145 crore 10 years ago to Rs 79,251 crore this year: Chidambaram.
National Solar Mission to undertake 4 ultra mega solar power projects in 2014-15
Ministry of health and family welfare gets Rs 33,725cr: FM
Non plan expenditures will be over Rs.12 lakh crore
Current fiscal deficit to be contained at $45billion.I can confidently assert that the economy is more stable today than it was two years back: Chidambaram
Further Chidambaram said growth in Q2 stands at 4.8%. FM says he has been vindicated.
I can confidently assert that the FD is declining, the CAD is constrained, inflation is moderated; exchange rate is stable: Chidambaram.
Fall of investment in the manufacturing sector is a cause for worry: P Chidambaram .
Our aim is to create 1 million jobs. Govt, RBI acted in tandem to curtail inflation
Added $15 bn to foreign reserves this fiscal. Growth in Q3-Q4 will be at least 5.2%: FM.
Foodgrain production estimated at 263 million tons in 13-14; Agriculture credit will cross USD 45 bn against USD 41 billion in 2012-13.
Exports have recovered sharply and are expected to grow to $326 billion, up by 6.4%: Chidambaram.
Rating companies no longer hint of downgrade, says Chidambaram
Among emerging economy currencies, the rupee was affected least: Chidambaram.
We have added highways and rural roads under the PMGSY, and railway tracks.
at February 17, 2014 No comments:

--
If you find the content useful, may we request you to kindly share "Energy News" with people you know.
at February 17, 2014 No comments:

Governor Rick Scott announced that according to preliminary estimates* released today by VISIT FLORIDA - the state’s official tourism marketing corporation - 94.7 million visitors came to Florida in 2013, an increase of 3.5 percent over 2012.  This represents a record year for visitation to Florida, exceeding the previous high of 91.5 million in 2012.  The number of direct travel-related jobs in 2013 was also a record high, with 1,088,200 Floridians employed in the tourism industry - up 2.9 percent from 2012.

"We are excited for our future in Florida and we are glad to be able to bring new jobs and economic growth to our community and to the state," said Bill Davis, president of Universal Orlando Resort.  "We are also grateful for the strong public-private partnership that continues to help our industry grow."

Governor Scott made today's announcement at the Universal Orlando Resort where they will be creating nearly 3,500 new jobs this year across their destination.  Universal Orlando is currently constructing the Wizarding World of Harry Potter – Diagon Alley, adding a new on-site hotel and expanding their CityWalk Entertainment complex.

VISIT FLORIDA estimates that 11.5 million overseas visitors and 3.7 million Canadians came to Florida in 2013, both of which are record highs and represent 11.1 percent and 4.1 percent increases over 2012 respectively.  Estimates reflect a 2.5 percent increase in domestic visitors to Florida in 2013 and show that Floridians took a record total of 20.1 million in-state pleasure trips.

“Three years of record-breaking visitation and a record number of tourism-related jobs proves that tourism continues to be a vital force in Florida,” said Tammy Gustafson, Chair of the VISIT FLORIDA Board of Directors.  “It also proves that our industry is directly tied to Florida’s economic growth.  This means we cannot let go of our effort to continuously advance Florida tourism.”

Tourism and recreation taxable sales for Florida increased every month year-over-year from January through November 2013 (last reported month), representing a 5.9 percent increase over the same period in 2012.  For 2013, the average daily room (ADR) rate rose 4.6 percent and the occupancy rate for Florida hotels increased 3.5 percent compared to 2012.  Both ADR and occupancy increased every month year-over-year in 2013.

Preliminary data from Smith Travel Research indicates Florida tourism has been steadily regaining market share since January 2013, outpacing the rest of the U.S. by 1.3 percentage points.  According to the same study, room revenue in Florida for 2013 was up 8.2 percent compared to 2012, while the U.S. is only up 6.2 percent.

“We are incredibly encouraged to see domestic, Canadian and overseas visitor numbers all peaking together in 2013, and look forward to continuing to build on this momentum in 2014 to make Florida the No. 1 travel destination in the world,” said Will Seccombe, President and CEO of VISIT FLORIDA.

*Preliminary estimates are issued 45 days after the end of each calendar quarter. Final estimates are released when final data are received for all estimates in the report.
at February 17, 2014 No comments:

Email ThisBlogThis!Share to TwitterShare to FacebookShare to Pinterest
at February 17, 2014 No comments:

Email ThisBlogThis!Share to TwitterShare to FacebookShare to Pinterest
at February 17, 2014 No comments: