--------------------------------------------------------------------------------------------------------
The High Court of Madhya Pradesh passed a significant order yesterday, upholding the power of scrutiny of Justice Jha Commission of Inquiry, granted to it by the Hon’ble Supreme Court of India in May, 2009 and further elaborated by the High Court in its order dated 18-07-2013. In their detailed order, Hon’ble Chief Justice A.M. Khanwilkar and Hon’ble Justice Sanjay Yadav directed that “Notably, the purpose of constituting the said Commission was to inquire into the irregularities committed in disbursal of compensation and including to ineligible persons. Scrutiny of that fact must proceed and cannot brook delay….The State Government is obliged to honour the direction given by the Supreme Court on 11.5.2009 regarding disbursement of compensation by way of cheques or cash after 24.4.2009 - subject to the scrutiny by Justice Jha Commission. That condition is inviolable”. The Bench further directed that all the payments made by the Govt. without Commission';s verification be now placed before Commission forverification within seven days, after which the Commission shall furnish the report within two weeks, for necessary orders in the present proceedings.
The Order was passed on an application by the NBA, which challenged the action of the State Govt/ Narmada Valley Development Authority (NVDA) in not complying with the Orders of the Apex Court and the High Court, mandating pre-payment scrutiny of all forms of rehabilitation grants, under the pretext of another order passed by Hon’ble Supreme Court, limited only to 396 oustees. After exchange of detailed pleadings and hours of oral submissions, the Hon’ble Court upheld that the Order dated 11-05-2009 of the Apex Court mandating pre-scrutiny of all cash/cheque payments shall not be eclipsed by the subsequent specific order of the Apex Court, permitting cash payment only and only in cases of 396 oustees. Thus, the contentions of the State, based on misrepresentation of judicial orders  was rejected.
The Order shall have a significant effect on the working on the Commission which has to scrutinize all cases of cash disbursals, in order to ensure that the oustees, mostly non-literate, tribals, farmers and landless are not swindled by the corrupt nexus of officials and agents. Payments without scrutiny would have opened up a Pandora’s Box, which has been avoided by the High Court’s intervention. The purpose of scrutiny is to ensure that the oustees are not further betrayed and stripped of their lawful entitlements due to corruption. It is well-known that as per the High Court’s orders since 2008, the Commission has been investigating a massive corruption scam in the rehabilitation of oustees in M.;P., to a tune of 1000 crores – including almost 2,000 fake land registries, irregularities in civic amenities at 88 resettlement sites, fraud in house plot allotments, R&R grants to ineligible persons and betrayal of thousands landless persons, entitled to alternative livelihood.
After issuing stern orders to the Chief Secretary, which has led to appointment of 3 senior full-time officials to assist the Commission in the last months of 2013, the Court took into consideration the undertaking given by Senior Counsel appearing for GoMP that henceforth all permissible cooperation would be extended to the Commission for its smooth functioning. The Court directed the state to meet all necessary infrastructure and financial requirement of the Commission within a period of seven days. Taking on record a detailed list of documents proposed by NBA, the Court directed NVDA to provide all documents required for the inquiry, after hearing of parties by the Commission.  The case was pleaded extensively by Medha Patkar for NBA. Shri R.N. Singh, Senior Counsel with Adv. Arpan Pawar for GoMP and Shri Dharmendra Sharma, for Narmada Control Authority. The case has been listed on 20th January for further orders.
Kamla Yadav                          Bilal Khan                   Rahul Yadav               Contact: 09179148973
Copy of the Order dated 6-1-2015 is attached
at January 09, 2015 No comments: 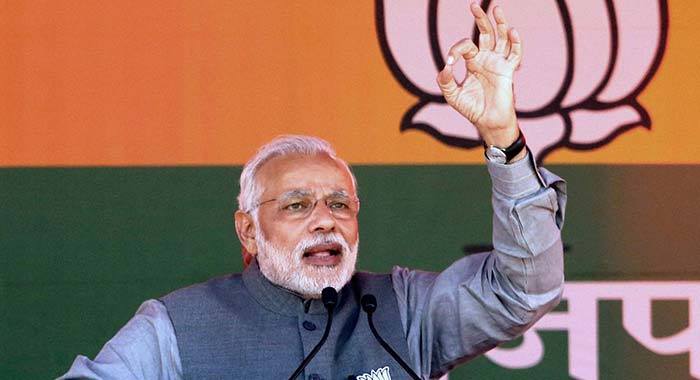 ADR seeks maximum penalty and compensation
For the second consecutive hearing, National Parties fail to appear for the CIC hearing
New Delhi: The Central Information Commission (CIC) in its hearing on 7th January 2015, reserved its verdict on non-compliance by political parties with its earlier order (June 3rd, 2013) declaring the six National Parties as Public Authorities and bringing them under the purview of the Right to Information Act 2005. This was the second hearing of the Commission since the June 3rd order and yet again no party representative was present.
The Commission had, in its order dated June 3rd, 2013, declared the six national political parties – BJP, INC, BSP, NCP, CPI and CPM – as public authorities and directed them to appoint Public Information Officers to attend to RTI queries. Political parties have been brazenly defying the CIC by not implementing the order. The Commission had issued a show cause notice (dated 21st November 2014) and an interim order (dated 28th November 2014) to the political parties, directing them to appear before the Commission. None of the political parties has appeared for any of the CIC hearings.
Such open defiance in unison by all the national political parties, which are institutions of democracy, sends an ironic message to the public about transparency and Rule of Law. Refusing to comply with the RTI Act is also a violation of Fundamental Right to “Freedom of speech and expression” under Article 19(1)(a) of the  Constitution of India. ADR’s Founder member and Trustee, Professor Jagdeep Chhokar, during the hearing, asserted that “such repeated flouting of the order passed by a statutory authority and a legislation passed by the Parliament, shows nothing short of disdain for democracy and for the Parliament itself. Such arrogant non-compliance of law shown by the national political parties deepens cynicism among citizens and is potentially catastrophic for the state of democracy”.
The co-petitioners in the case Mr. Subhash Aggarwal and Association for Democratic Reforms (ADR) requested the Commission to take serious action against the six political parties by imposing penalties on them (under Section 18, Section 19 and Section 20 of the RTI Act) and enforce implementation of the June 3rd order of the CIC. ADR also sought exemplary compensation (under Section 19 of the RTI Act).
A timeline of events, proceedings and ADR’s submission to the CIC for the hearing dated 7th January, 2014, can be found here: http://tinyurl.com/qhydk6j

Quake strike east of Taiwan and south of Panama

A 5.4-magnitude has hit the east of Taiwan, shaking buildings in the capital Taipei. No casualties or damage have been reported. The quake was 22 kilometers deep, and was felt across the island. A week ago, a 5.5-magnitude tremor shook the north of Taiwan, and in June, a 6.3-magnitude earthquake hit, killing four and triggering landslides.

A quake measuring 6.8 in magnitude has hit the Pacific south of the city of David in Panama, according to the US Geological Survey. No immediate reports of damage or casualties have followed, and no tsunami warning has been issued. It follows a tremor of 5.5 in magnitude that struck off Panama’s Pacific coast on December 26.
Edit : Edit
Comments : Leave a Comment »

An explosion near a mosque in Villefranche-sur-Saone, eastern France. 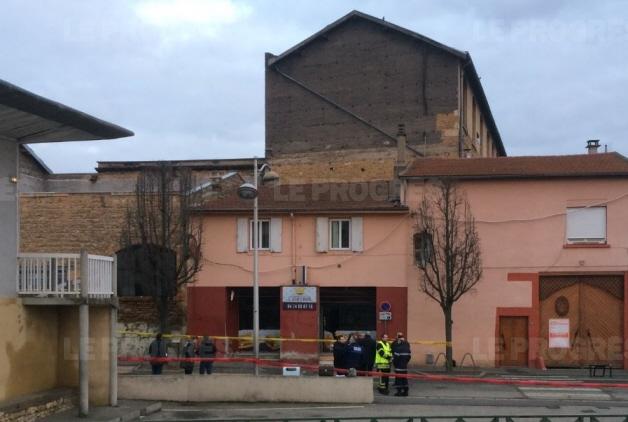 “I am afraid that is linked to the dramatic event that occurred on Wednesday,” the mayor of Villefranche Perrut Bernard, who was at the scene of the blast, told the French daily.
An explosion has been reported in a kebab shop near a mosque in Villefranche-sur-Saone, eastern France. There are no reports of any injuries and the cause of the blast remains unknown.
On Wednesday, 10 journalists and two policemen were killed after gunmen opened fire on the Paris office of the French satirical weekly Charlie Hebdo.
Police have launched a manhunt for three suspects, identified as Said Kouachi, 34, Cherif Kouachi, 32, and Hamyd Mourad, 18.
French police have noticed a string of attacks targeting mosques since the deadly shooting. On Thursday, four training grenades were lobbed into the courtyard of a mosque in Le Mans, west of Paris. One of the grenades exploded, and the other three were recovered by police. A bullet also struck the mosque. No injuries were reported in the attack.

Police have yet to identify perpetrators or establish a motive in the attack.
An assailant also opened fire near a Muslim prayer room in the Port-la-Nouvelle district near Narbonne in southern France on Wednesday night. The door to the room was damaged and a window was broken, but no injuries were reported in the attack. The local prosecutor told AFP the room was empty at the time of the attack.
An investigation into the incident is currently underway.
The blast reportedly occurred around 6 am local time at the eating establishment L’ Imeprial, according to the local newspaper Le Progress. The window of a nearby fast food restaurant was shattered by the explosion Police have cordoned off the area, and firefighters were dispatched to the scene.A police officer has been shot dead and a city employee critically injured following the shooting on the outskirts of Paris, according to local media. The incident follows police raids after the attack on the satirical Charlie Hebdo newspaper in Paris.

Mourad reportedly handed himself at a police station in Charleville Mézières

8 01 2015
Police have arrested several suspects over the Charlie Hebdo massacre in Paris, which killed 12 people. The whole country has begun a day of official mourning for what Francois Hollande called “an act of exceptional barbarism. “Several [suspects] were held overnight,”
France’s Prime Minister Manuel Valls told RTL radio. Preventing another attack “is our main concern,” he added. “The three attackers have been identified as Said Kouachi, 34, Cherif Kouachi, 32, and Hamyd Mourad, 18, police said. The names and photos of the Kouachi brothers were later officially released by the authorities.
The 18-year-old Mourad reportedly handed himself in at a police station in Charleville Mézières after seeing his name on the list of shooting suspects shared on social networks. He claimed he was at college at the time the massacre happened in the headquarters of the satirical newspaper Charlie Hebdo in central Paris, reported French iTele.
Two other suspects have been tracked down in the Picardy region of northern France, sources say, according to AFP. The men were traveling in a Renault Clio, they were reportedly armed and wearing hoods, Le Parisien reported. The manager of a petrol station near Villers-Cotteret commune “recognized the two men suspected of having participated in the attack against Charlie Hebdo,” sources close to the manhunt told AFP. One of the suspects who are still on the run, Chérif Kouachi, was sentenced to three years in prison in 2008, reported Le Monde. He took part in a Paris-based group that recruited candidates to fight with jihadists in Iraq. He was also convicted on terror charges in 2010. In the meantime, French authorities have introduced the highest state of alert in the country. According to Valls, extra security forces were involved to secure mosques, synagogues, department stores, shopping centers, train stations and airports. The French PM added that an extra 650 soldiers and 2,000 more police officers will patrol the streets of Paris on Thursday. On Thursday Parisians gathered for a minute’s silence in front of Notre Dame in the city center to pay tribute to those killed and injured in the recent massacre
at January 09, 2015 No comments: