"Chalein saath saath; forward together we go”. Reflecting the close ties between the two great democracies,  and the  agree to elevate our long-standing strategic partnership, with a   Declaration of Friendship that strengthens and expands the relationship between the two countries

Sensing the mood of the people of Delhi in favour of the Aam Aadmi Party, more and more political activists are leaving their respective parties to come into the AAP fold.

On Thursday, sitting independent MCD councillor from ward 142 Poonam Bhardwaj (Bijwasan) and Congress leader Sanjay Puri (Janakpuri) were among those joined the AAP.

BJP leaders from Bijwasan – Rajesh Kaushik, Usha Malik and Virender Yadav also joined the AAP.
Along with Sanjay Puri, a large number of Congress workers from Janakapuri reached the AAP office to take the pledge for being a part of honest politics.

Puri announced he had withdrawn as an independent candidate from Janakapuri in favour of the AAP candidate, Rajesh Rishi.

Speaking on the occasion, AAP leader Sanjay Singh said honest political activists who are feeling suffocated in their respective political parties and want to become a part of the campaign for a better Delhi, should come forward to  Sanjay Singh.

He said the BJP and Congress were indulging in negative politics since they are unable to counter the AAP agenda for Delhi.

Email ThisBlogThis!Share to TwitterShare to FacebookShare to Pinterest
Modi wearing Rs 10 lakh suit, but where is 15 lakh that was promised: Rahul Gandhi http://iexp.in/fMS138735 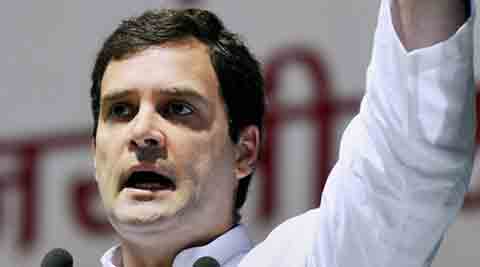 On Arvind Kejriwal in a TV interview explains why Kiran Bedi is merely a scapegoat in the Delhi elections.
"No one in the BJP is ready to take the blame for a humiliating loss, so an outsider has been brought in."
All factions in BJP are working to embarrass Ms Bedi, while Delhi's voter is working to bring an AAP government to power.


New BJP strategy, asks 5 questions to Kejriwal
1. Why tie up with Congress when you said earlier that you won't?
2. Why no case against Sheila Dikshit after coming to power?
3. Why the U-turn on Z-grade security after becoming CM?
4. Why did Kejriwal order SUVs for his ministers?
5. Why did Kejriwal travel in chartered flight when he was CM?
at January 29, 2015 No comments: Links to this post

On Friday January 30, 2015 the tallest surviving Gandhiyan Narayan Desai will release collection of unpublished  memoirs of Mahatma Gandhi on Mahadev Desai , his personal secretary. The book “Mahatmano Aatma” (મહાત્માનો આત્મા) by Dr. Rizwan Kadri will be released by Narayanbhai at 11.00 am sharp at Mahavir Trauma Hospital, Athwa Lines, Surat.

The French first officer of an AirAsia passenger jet that crashed into the sea last month was at the controls just prior to the accident, Reuters quoted Indonesia’s lead investigator as saying on Thursday. “The co-pilot, who usually sits to the right of the cockpit. At the time, he was flying the plane,” said head National Transport Safety Committee (NTSC) investigator Mardjono Siswosuwarno, referring to First Officer Remi Plesel. “The captain, sitting to the left, was the pilot monitoring.” Captain Iriyanto, 53, was believed to have taken over control of the aircraft from Plesel when it started to ascend and then descend sharply.
at January 29, 2015 No comments: Links to this post

Two Russian Bear long-range bombers flying close to UK airspace were intercepted by RAF Typhoon fighter jets, according to Britain's Ministry of Defence (MoD).
The Typhoons were scrambled from bases at Lossiemouth in Scotland and Coningsby in eastern England on Wednesday after the Russian bombers were detected flying over the Channel to the south of the UK, the MoD said.

"The Russian planes were escorted by the RAF until they were out of the UK area of interest,” the ministry’s Thursday statement said, Reuters reported. “At no time did the Russian military aircraft cross into UK sovereign airspace."

NATO nations have been worried by Moscow having increased its air patrols near their borders. There were 100 intercepts of Russian aircraft in 2014 - three times as many as 2013 - according to British Defense Secretary Michael Fallon.
It has been acknowledged, though, that Russia’s military flights were strictly in international airspace.

Russia’s Defense Ministry earlier stressed that “all of the Russia air force flights have been carried out in strict compliance with the international rules on flights in the airspace above neutral waters, without violating other countries’ borders.”

Moscow explains the increase in air patrols near the borders of the NATO members as a response to the alliance beefing up its European presence in the wake of the Ukraine crisis. Russia’s Defense Ministry announced in November it was expanding its patrol missions of long-range aircraft to cover the Gulf of Mexico.
“In the current situation we have to maintain military presence in the western Atlantic and eastern Pacific, as well as the Caribbean and the Gulf of Mexico,” Defense Minister Sergey Shoigu said.
Posted 1 minute ago by Naresh Kumar Sagar
at January 29, 2015 No comments: Links to this post

v PROGRESS UNDER PRADHAN MANTRI JAN-DHAN YOJANA (PMJDY)
The Bank is implementing the Pradhan Mantri Jan-Dhan Yojana (PMJDY) in a mission mode.  The progress under the scheme is as under:
Ø  No. of Accounts Opened : 20.55 Lac
Ø  No. of RuPay Cards Issued : 19.82 Lac
Ø  Amount of Deposit in above Accounts: Rs.867 crore

v  The Customer Base of the Bank stands increased to 24.78 million.

v OTHER INITIATIVES DURING Q3
Ø  Festival offer on Home & Car Loans launched with 100% waiver in process fee has been now extended till 31st March, 2015.
Ø  To boost the Home Loan portfolio, a HOME LOAN POINT has been made functional at B/O New Railway Road, Gurgaon.
Ø  Bank has introduced state Govt. tax, VAT etc collection modules for the state of Odisha. These facilities are also available for states of Delhi, Maharashtra,                 Tamil Nadu, Andhra Pradesh, Rajasthan & West Bengal through Net Banking.

v  LATEST CSR INITIATIVES
Ø  Swachch Bharat Abhiyan: The Bank has earmarked an amount of Rs. 2.00 crore for constructing toilets in various Govt. schools. The Bank has taken up the Project of Swachch Bharat through its own Regional Offices across the country. The construction is being done in Pan India level on Priority and as focused CSR activity, leading towards the dream of a “Clean and Safe” India. Presently Bank has constructed Toilets in 164 Government schools across the country. The entire project as proposed by our Bank is likely to be completed by 31-03-2015.
Ø  St. Michael's Hostel, Jangpura, New Delhi: The Bank adopted 10 poor & needy Girl Children of St. Michael's Hostel, Jangpura, New Delhi for fulfilling their educational, medical and other needs.
Ø  CSR Activity at Benti Village, Lucknow : The Bank awarded scholarships to                20 children of the village, provided benches to Government Schools and constructed/repaired toilets of primary schools of that village. This village has been adopted by Hon’ble Home Minister, Govt. of India under Saansad Adarsh Gram Yojana.