August03, 2018 (C) Ravinder Singh ravindersinvent@gmail.com
When in 1973 I was playing my first ever Chess Tournament on table One and won that match – my brain was processing each move like a Super Computer Deep Blue* evaluating some billions of moves for each movement of Chess pieces. Playing Chess and Indoor Games I was Programming a natural my own ‘SUPER COMPUTER’ at practically no cost.
Then I realized had to pay ‘Entry Fee’ and buy Tea and Snacks at National Level tournament – I switched to INVENTING. Secured Patents and Represented India at EXPO’85 World Exhibition of Inventor. All my competitors have SUPER COMPUTERS in the world.
For complete human development – Indoor Games like Chess, Poker, Career, and Money Games etc for Sharp Brains and Outdoor Sports Athletics, Cricket, Football, Tennis, Kabaddi & Kho Kho, Badminton, Hockey, Cycling, Wrestling, Judo, Karate for Physical Development Indoor Sports like Squash, Billiard, Bowling, Badminton, Table Tennis etc are all essential – more than education up to School Level.
Sports makes a person Mentally Tough, Intelligent, Ability to Analyze and Make Quick Accurate Decisions.
Adda52, an Indoor Games IT Company has appointed Chris Gayle as its Brand Ambassador.
India should be promoting BRAIN GAMES than Children reading same books hundreds of times for over two decades and as Mr. Mohandas Pai said ‘Education Cost from Nursery to Post Graduation Cost Rs.1 Crore’ and then most are found to unemployable – Because They Have Not Developed their Brains.
Indian Education System should switch to 40% School Work and 50% Sports & Games and 10% Part Time Jobs – in my case it was 20% & 80%.
Sports Economy may exceed $100b by 2022 creating million jobs serving 200m young Indians.
https://www.youtube.com/watch?v=ke8pq-cpOGk
*Deep Blue WIKI ‘It was a massively parallel, RS/6000 SP Thin P2SC-based system with 30 nodes, with each node containing a 120 MHz P2SC microprocessor, enhanced with 480 special purpose VLSI chess chips. Its chess playing program was written in C and ran under the AIX operating system. It was capable of evaluating 200 million positions per second, twice as fast as the 1996 version. In June 1997, Deep Blue was the 259th most powerful supercomputer according to the TOP500 list, achieving 11.38 GFLOP on the High-Performance LINPACK benchmark.’
Ravinder Singh, Inventor & Consultant, INNOVATIVE TECHNOLOGIES AND PROJECTS
Y-77, Hauz Khas, ND -110016, India. Ph: 091- 8826415770, 9871056471, 9650421857
Ravinder Singh* is a WIPO awarded inventor specializing in Power, Transportation,
Smart Cities, Water, Energy Saving, Agriculture, Manufacturing, Technologies and Projects
at August 04, 2018 No comments: Links to this post

‘Paryatan Parv’ to be organized nationwide from 16th to 27th September, 2018

‘Paryatan Parv’ to be organized nationwide from 16th to 27th September, 2018 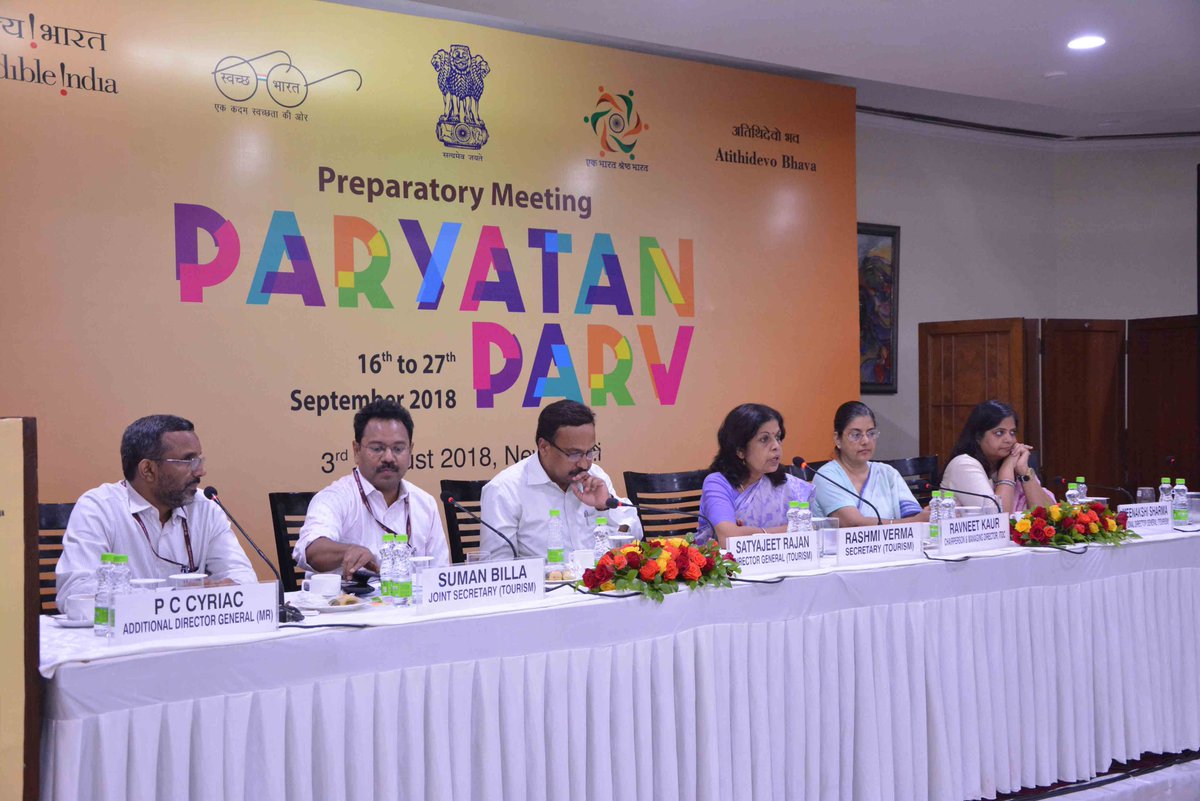 Tourism Ministry holds a ‘Preparatory Meeting’ with States/UTs on Paryatan Parv 2018
New Delhi, 3rd August 2018
The Ministry of Tourism, Government of India in collaboration with other Central Ministries, State Governments and Stakeholders is organizing a “Paryatan Parv” across the country from the 16th to 27th September 2018. The Ministry under the chairpersonship of Smt. Rashmi Verma, Secretary, Ministry of Tourism convened a ‘Preparatory Meeting’ with representatives from Central Ministries, States/UTs and other stakeholders to plan and formulate the Paryatan Parv in New Delhi today. The Parv is being organized with the objective of drawing focus on the benefits of tourism, showcasing the cultural diversity of the country and reinforcing the principle of “Tourism for All”.
The Secretary while addressing the meeting, informed that the Paryatan Parv will have three main components as like last year, viz.Dekho Apna Desh, Tourism for All and Tourism & Governance. While stressing that this year also Paryatan Parv shall focus on domestic tourists especially to sensitize youth, the Secretary said that India has a huge variety of destinations many of which are yet to be promoted. The secretary therefore has asked the states to focus on prime tourist destinations to focus and promote such locations through this Paryatan Parv. Smt. Verma also added that the Tourism sector contributes in a big way to the country’s economy with generation of employment to youth, women and also for the rural livelihood. Therefore, the programmes should have a festive look and encourage maximum possible participation of the people, she added.
The Paryatan Parv will start with the India Tourism Mart 2018 (16th – 18th September 2018), which will further ensure wide participation from outside the country. The Paryatan Parv shall conclude with the World Tourism Day celebrations on 27th September 2018. Partners in the events include the State Governments who will organize cultural and other tourism related events, workshops and seminars at the identified sites as well at other destinations and locations in their States. The States will also provide their broad activities plan for the Parv to the Ministry of Tourism by 30th August. 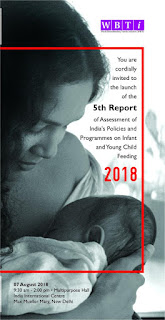 Dear Media Friends,
This is advance information for the report titled “Arrested Development”, the 5th Report of Assessment of India’s Policy and Programmes on Breastfeeding and Infant and Young Child Feeding 2018, to be launched on 7th August by Sh. Rakesh Srivastava Secretary, MoWCD Government of India at  India International Centre, Multipurpose Hall, New Delhi (9:30 am to 2:00 pm).
You are cordially invited to the report launch. The media briefing at the event will take place between 1:00 pm to 1:30 pm.
The report talks about how India's policy and programmes in different sectors provide support to women in removing barriers to breastfeeding at home, hospitals, and workplaces.
If interested in the embargoed report, press release and personal interviews of the authors, please contact Ms. Nupur Bidla nupurbidla@gmail.com, mobile: 9958163610
BPNI would be happy to assist you.
Thank you!
Enclosed:
Invitation of the launch
--