Japan protested to China on Monday about what it says are groundless accusations that Japanese fighter jets had fired “jamming shells” as six Chinese military planes flew over waters between Japan’s southern Okinawa and Miyako islands. “It is extremely regrettable that the Chinese military is making announcements that are clearly factually wrong,” Chief Cabinet Secretary Yoshihide Suga told reporters. Japan scrambled fighters on Saturday as Chinese planes flew over the Miyako Strait. Taiwan’s defense ministry said four Chinese planes also flew over the nearby Bashi Channel between Taiwan and the Philippines. The waterways and airspace are two of the connections between the contested South and East China seas and the Pacific Ocean.
Israel’s first two F-35 stealth fighter jets, purchased from the United States, are scheduled to land at the southern Nevatim Air Force Base, near Be’er Sheva, on Monday, Haaretz daily said. Israeli Air Force pilots will take the controls on Tuesday for the first overflight of Israel by the state-of-the-art plane, already nicknamed the Adir (Hebrew for ‘mighty’ or ‘glorious’,) which was plagued by problems during its development, according to the report.
at December 12, 2016 No comments: Links to this post

newsx.com – New Delhi: Kohinoor was not gifted to the British but they took it away by force from India, says historian and author William Dalrymple, who has written a new book with journalist Anita Anand on t…

Turkey to fight terror ‘to the end’ after attacks kill 38 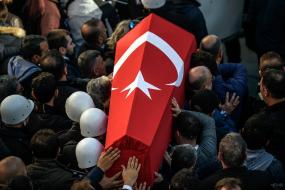 yahoo.com – Istanbul (AFP) – A defiant President Recep Tayyip Erdogan on Sunday vowed to fight terror “to the end” as Turkey mourned 38 people killed in twin bombings that authorities said were likely the work… 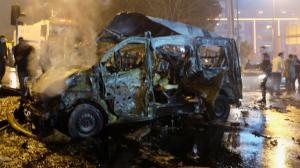 bbc.co.uk – A twin bomb attack on police officers outside a football stadium in Turkey’s largest city, Istanbul, has killed 38 people and injured many more. A car bomb hit a police vehicle and a suicide bomber…

enkaysagar.wordpress.com – UNICEF commemorates 70 years of tireless work for the world’s most vulnerable children The world’s largest children’s organization was established on 11 December 1946 to bring help and hope to chil…

McLeod Russel Tour Championship – Race to Royal Calcutta Golf Club 2016 to witness galaxy of stars
PGTI’s Year Ending Championship
Prize purse of Rs. 1.5 Cr
Only top 50 players on the Rolex Ranking to be eligible
Sponsor invites include Indian stars Jeev Milkha Singh, Arjun Atwal, former champion SSP Chawrasia, Gaganjeet Bhullar, Shiv Kapur, Jyoti Randhawa, Rahil Gangjee, and foreign players Pariya Junhasavasdikul, Mithun Perera, Shintaro Kobayashi, Suradit Yongcharoenchai
Kolkata, December 12, 2016: McLeod Russel, the world’s largest tea producer, and the Professional Golf Tour of India (PGTI), today announced the McLeod Russel Tour Championship 2016, the PGTI’s year-ending Championship. The tournament will be staged at the prestigious Royal Calcutta Golf Club (RCGC) from December 22 – 25, 2016. The tournament carries a handsome prize purse of Rs. 1.5 crore, the highest for a domestic event in India.
The event will see the top 50 players from the Rolex Ranking 2016 compete for the biggest prize purse of the season. Besides the top names on the Rolex Ranking, the field will also feature sponsor invites which will include a galaxy of top Indian stars such as Jeev Milkha Singh, Arjun Atwal, former champion SSP Chawrasia, Gaganjeet Bhullar, Shiv Kapur, Jyoti Randhawa and Rahil Gangjee along with foreign players such as two-time Asian Tour winner Pariya Junhasavasdikul (Thailand), Mithun Perera (Sri Lanka), a multiple winner on the PGTI, Shintaro Kobayashi (Japan), Suradit Yongcharoenchai (Thailand), Choo Tze-Huang (Singapore), Choo Zhe Ming (Malaysia), Kemarol Baharin (Malaysia) and Naru Toshi Yamaoka (Japan).
The tournament will be a 72-hole stroke-play championship and there will be no cut applied after 36 holes. All players will be guaranteed prize money. The Pro-Am event preceding the tournament will be played on December 20th and 21st.
Speaking on the occasion, Mr. Aditya Khaitan, Managing Director, McLeod Russel,said, “We are very happy to be hosting the 5thedition of the McLeod Russel Tour Championship. The response from the Top Golfers and also everyone who came out and supported this event has been excellent. This year we have a top 50 field from the PGTI order of merit, and we have international flavor as well. This will be a great opportunity for people to come and watch and learn from the Top Professionals in India and Asia. This is our small way of giving golf a boost in this region and we hope that it will eventually lead to the growth of the game. We take this opportunity to thank the PGTI and the Royal Calcutta Golf Club for the opportunity to host the Championship this year. We are committed to the McLeod Russel Tour Championship and in the development of golf.”
Announcing the event, Mr. Uttam Singh Mundy, Director, PGTI, said, “The McLeod Russel Tour Championship 2016 will make for an enthralling week of golf as the race for the Rolex Player of the Year title is too close to call with many contenders in the fray. The added presence of some of the biggest international stars of Indian golf as well as some renowned foreign players will spice up the contest even more. The hallowed turf of the prestigious Royal Calcutta Golf Club (RCGC) provides the ideal setting for this grand occasion. We thank McLeod Russel for their enduring support to Indian professional golf and look forward to continuing our partnership with them in the years to come.”
Mr. Gaurav Ghosh, General Committee Member, Royal Calcutta Golf Club, said, “It’s a pleasure for the RCGC to host the McLeod Russel Tour Championship yet again. It gives an opportunity to all top professionals to play at the iconic golf course at its best.”
December12, 2016 (C) Ravinder Singh progressindia2015@gmail.com
I was astonished to read MIT, IIT & JNTU are collaborating to Clean Delhi Air using Jet Engines. Next page had little more details was totally LUNATIC idea.

Old Jet Engines Would Generate Continuous SONIC BOOM
all day & night when operated in City Like Delhi. There are Hundreds of Better Options For Limiting Smog in Delhi.
IITs & other Engineering Institutions had completely Let Down India in Developing Suitable Technologies & Managing Development Programs.

http://cea.nic.in/reports/annual/lgbr/lgbr-2014.pdf ,http://www.nrldc.org/DOReport/pdf/daily091216.pdf
Ø    These three Technical Universities don’t have even BASIC IDEA of Power
generation in Delhi and India. Delhi demand fluctuates between 1200 MW to 6900 MW this season.

Ø    All Coal Based Thermal Plant in Delhi are actually Shut Down due to Low
Demand and High Pollution this winter. These LUNATICS didn’t even know this.
Ø    They themselves has cited Russian experiment 45 years ago doesn’t seems
To have been Commercialized. Why try it in Densely Populated Delhi?
Ø    CNG-LPG Room and Water Heating is Least Polluting than thermal power.
Ravinder Singh, Inventor & Consultant, INNOVATIVE TECHNOLOGIES AND PROJECTS
Y-77, Hauz Khas, New Delhi-110016, India. Ph; 091- 9871056471, 9718280435, 9650421857
Ravinder Singh* is a WIPO awarded inventor specializing in Power, Transportation,
Smart Cities, Water, Energy Saving, Agriculture, Manufacturing, Technologies and Projects

Dear Naresh Kumar Sagar,
Greetings from Swaraj Abhiyan!
Black money is the talking point in the country today.
The Modi Government at the center is claiming to have conducted the biggest attack on black money. Opposition parties too are clamoring to portray themselves as the principal adversaries of corruption and Black Money. But the truth remains beyond these pretentions.
The Prime Minister called Demonetization necessary and that it shall curb black money. We gladly accepted. He said all would need to tolerate discomforts for few days. We said its ok. We endured all kind of difficulties. Opposition parties resisted, we said lets not oppose for the sake of opposing. Everybody witnessed that the government didn’t do its homework before taking such a major step. But we were still of the opinion that some glitches are warranted in conducting such massive exercises. We accepted, tolerated and trusted everything so that the ill of Black Money in the country may be eradicated for ever.
But now questions are beginning to arise in our minds. Will Demonetization indeed affect black money? Is the government’s resolve to take steps on black money strong enough? Could this Demonetization narrative be a red-herring for diverting our attention from the bigger questions pertaining black money? If the Prime minister would listen to our ‘mann ki baat’, we may be able to examine his commitment to end black money. We would ask:
1. Why can’t political parties be asked the account of their thousands of crores in cash donations?
2. Why can’t parties like BJP, Congress accepting foreign funds be punished?
3. Why can’t the business of converting black money into white through offshore shell companies be stopped?
4. Why can’t people affecting lakhs of crores of bank NPAs like Adani-Ambani and Mallya be locked up?
5. Why can’t the conspiracy to sabotage the ‘Prevention of Corruption Act’ be stopped?
6. Why couldn’t Lokpal be appointed since over last 2.5 years?
People have a lot such questions in mind. They shall converge at Jantar Mantar on 18th December to raise those questions. The same people of this country who gathered 5 years ago at Ramleela Maidan to ignite a fight against corruption. The people of this country who blew the air out of big parties and politicians. The Public, which knows it all.
The nation today seeks a truthful fight against black money and corruption, not a fixed match between the government and the opposition.

12th December, 2016
Press Release
Municipal Council Elections in Pune and Latur districts, Maharashtra 2016
Dear Friends,
Association for Democratic Reforms (ADR) and Maharashtra Election Watch have analysed the self- sworn affidavits of 1184 candidates, who are contesting for the second phase of 14 Municipal Councils in Pune and Latur districts, 2016, scheduled to be held on 14th December, 2016.  Local bodies’ elections are being held for 324 seats in above 2 districts, details of which are as follows –